She reportedly fell out of her bathroom window.

Woman Passes Away After Fall From Marine Parade Apartment, Could Have Been Sleepwalking

Sleepwalking is usually a harmless disorder. However, under more unfortunate circumstances, it could potentially endanger the life of someone who does it.

On 7 Jun 2021, 38-year-old Ms Ruth Dalumpines Dulfo was found motionless at the foot of Laguna Park Condominium in Marine Parade. It is believed that she had fallen out of her 10th storey apartment window while sleepwalking. 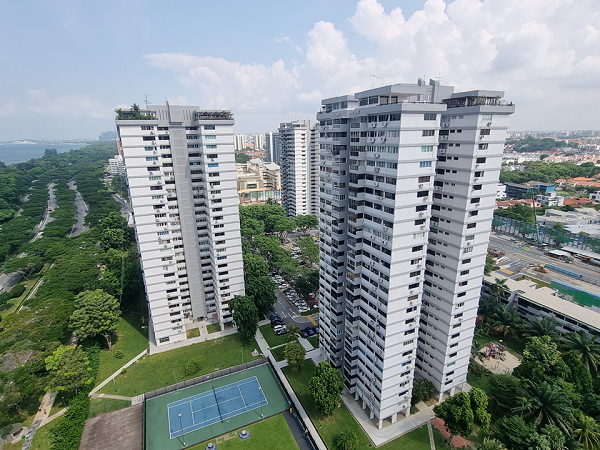 The first day of a coroner’s inquiry into her death was held on 12 May. Three witnesses testified — a police inspector, the victim’s housemate, and a neurologist.

Coroner Sharmila Sripathy-Shanaz will examine the evidence further and release her findings at a later date.

Fell from a bathroom window on the 10th floor

According to Channel NewsAsia (CNA), the location of a toilet window in the apartment lined up with where Ms Dulfo’s body was found.

One of her housemates told police that the window, which measured about 67cm wide and 50cm high, was usually closed. However, it was apparently open when police searched the flat.

In addition, some toiletries, including an overturned shampoo bottle, were out of place. Ms Dulfo’s DNA was also found on the window.

Investigating officer Gilbert Chow noted that it was possible for Ms Dulfo, who was 1.45m tall and weighed 48kg, to fit through the window.

She could also have climbed onto a metal shower tap, which could have supported her weight, and jumped through the open window.

However, since there was no CCTV footage or witnesses, there is no way to confirm how she fell.

Police were unable to find a suicide note or any other explanation for her death in Ms Dulfo’s diary.

One possible concern is that she was supposed to make a co-payment of S$540 for the down payment on a house for her family in the Philippines.

Ms Dulfo, who came to Singapore 13 years ago and worked at an East Coast Park cafe, would usually send a portion of her salary home every month. However, she allegedly had an entire month’s pay transferred to her family sometime before her passing.

She also sent a text message to her mother asking if she was okay at 2.50am, before the fatal incident.

The police will be looking into her remittance history with her family.

Woman had a history of sleepwalking

According to Lianhe Zaobao, Ms Dulfo’s sister informed the police that she had a history of sleepwalking.

One of her housemates also testified about her sleepwalking habit.

In 2021, the housemate allegedly saw Ms Dulfo emerging from a storage area one morning, looking like she had just woken up.

When he asked her if she knew how she ended up there, Ms Dulfo admitted that she did not know. The two simply laughed it off.

Ms Dulfo’s housemates shared that she had been drinking at a gathering in the apartment the night before she fell. However, she was reportedly sober at the time of her death. Tests found a high but non-lethal concentration of alcohol in her blood after her death.

Since her housemates all went to bed before her, no one is sure if Ms Dulfo actually went to sleep that night.

Dr Ratnagopal noted that reports about the effects of alcohol on sleepwalking had varying conclusions. She also said that it’s possible for someone to climb through windows while sleepwalking.

Too early to draw conclusions

Regardless of what caused Ms Dulfo to fall out of the window, the fact remains that this is a horrible tragedy.

Hopefully, further investigations will shed more light on the details of this incident to bring some closure to her loved ones.

MS News extends our sincerest condolences to her family and may Ms Dulfo rest in peace.