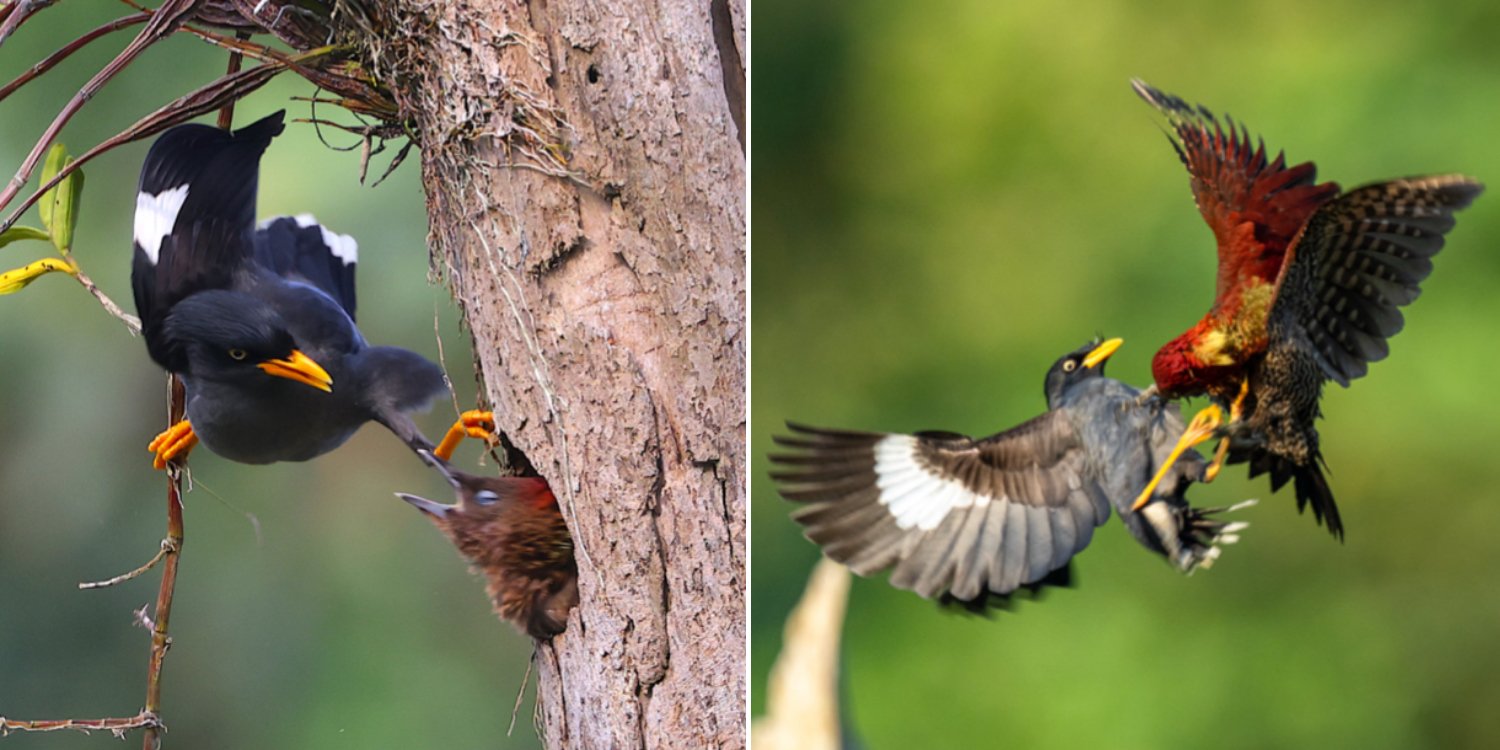 Unfortunately, 1 chick was lost to the mynah's attacks.

Things are not always rosy in the natural world. Animal species often compete to survive out in the wild.

A thuggish mynah tried its luck at taking over a nest of woodpecker chicks until their mama bird swooped in to the rescue. 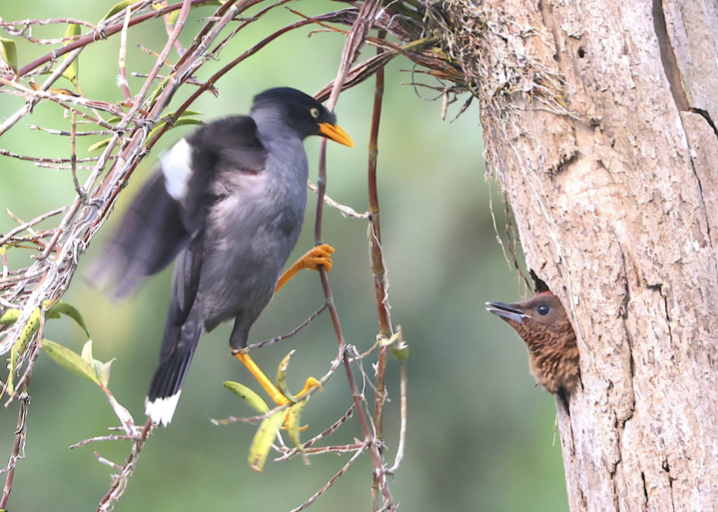 The dramatic dogfight shows that one shouldn’t underestimate the love of a parent, regardless of species.

In a post on Facebook group Nature Society (Singapore) on 14 Feb, photographer Yue Teng Lee shared pictures of 2 banded woodpecker chicks that were left home alone in their nest at Hampstead Wetlands Park.

The location is in Seletar Aerospace Park. 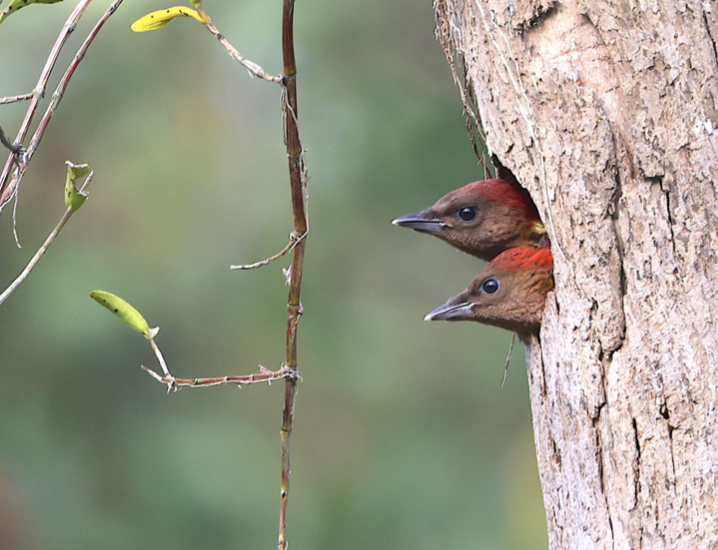 A mynah came across the hole and seemed to have decided to claim the nest for itself. 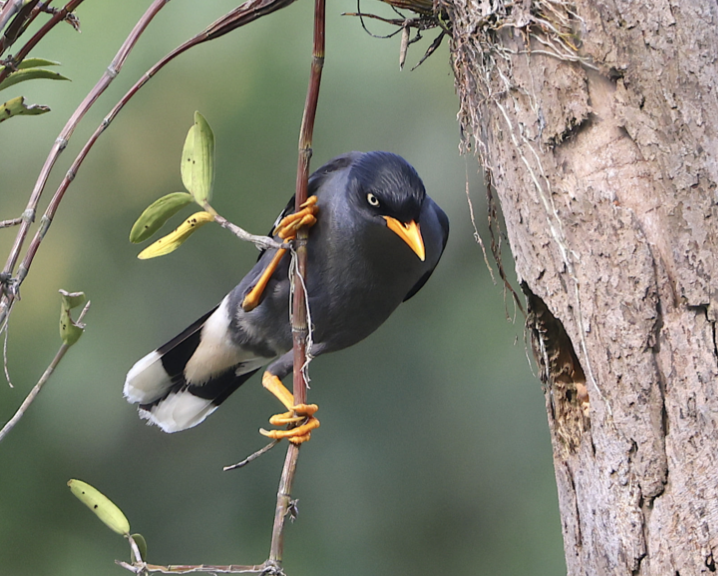 It went further in to check out the nest’s occupants. However, a brave chick stuck out its head, attempting to repel the unwanted visitor. 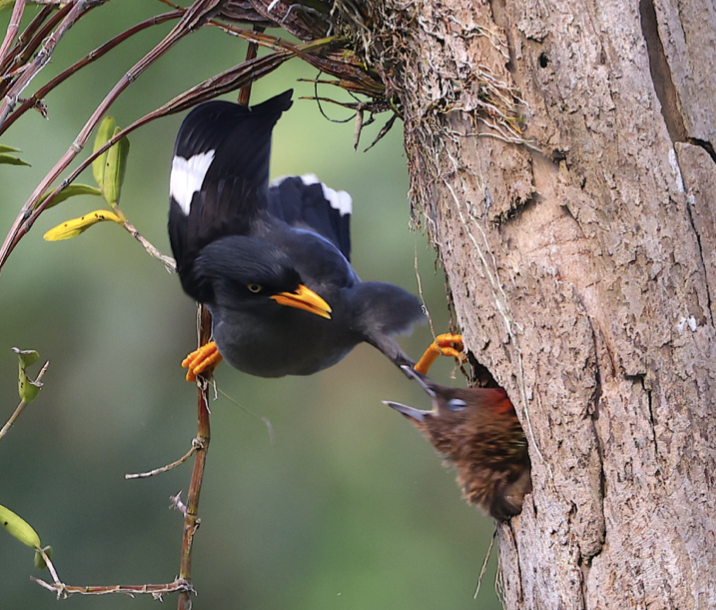 Mama bird comes to the rescue

After recovering from its shock, the mynah prepared for another attack.

Against a much larger adult bully, the little chicks probably wouldn’t have stood a chance.

However in a turn of events, the mama woodpecker swooped in to chase the mynah away, catching it off guard. Sadly, this isn’t the only time the mynah attempted to forcefully evict the woodpecker family. 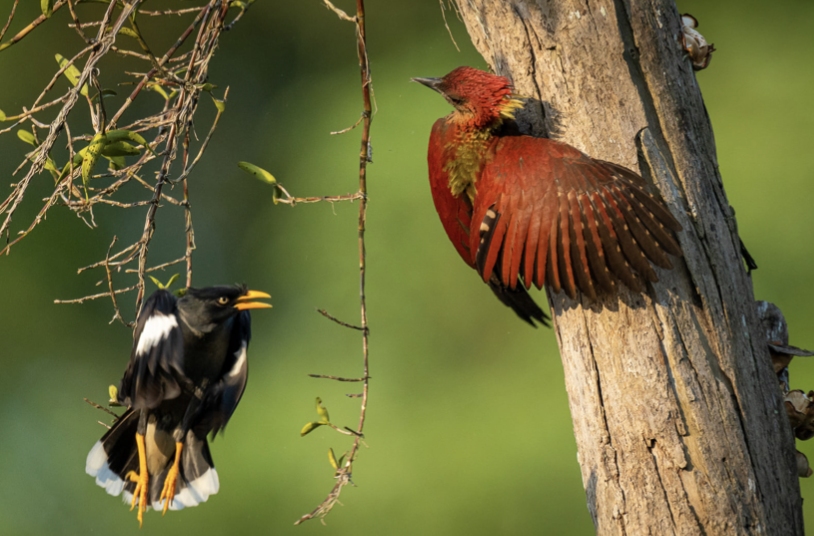 Another birdwatcher Nina Khoo shared that the mynah attacked the woodpecker babies when their parents were out once again. Time and again, the parent birds had to stave off the bully’s consistent attempts to drive the chicks out. 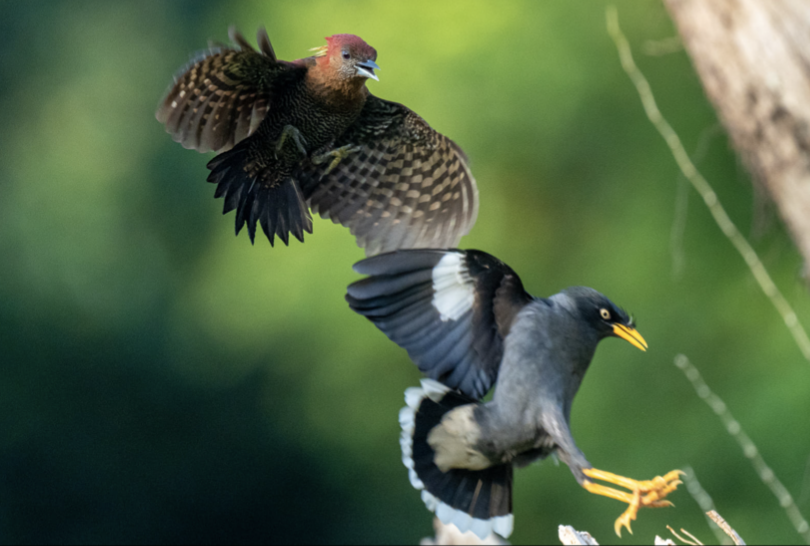 Unfortunately, Nina shared that the mynah’s attempts to do so succeeded, with 1 woodpecker chick falling into the water below before getting snapped up by a monitor lizard.

Another one managed to fly away to safety. Enraged, the mama bird went on the offensive to drive away the mynah. 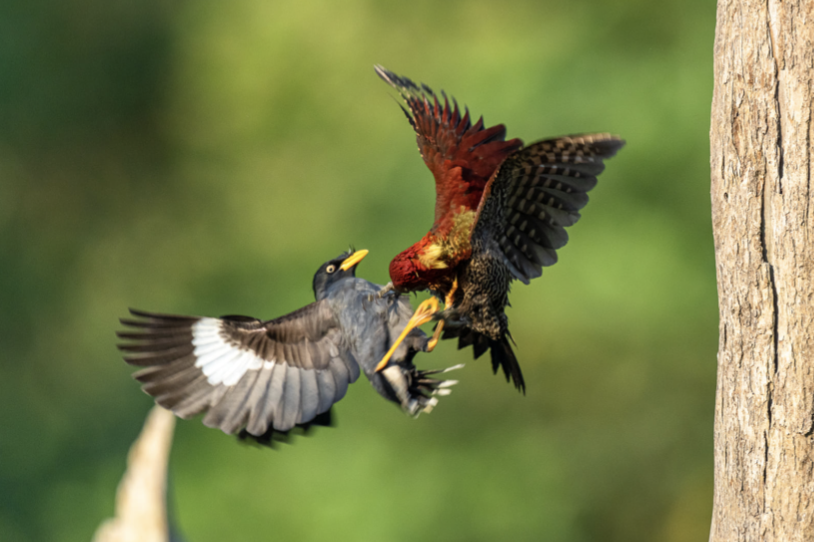 Don’t mess with a parent & their children

It is saddening to know that the mynah’s attacks took the life of one of the woodpecker chicks, but such is life in the cruel natural world.

We hope that the woodpecker parents will be able to get over the loss of one of their hatchlings.

However, if there’s one thing we’ve learnt from the dramatic exchange between the 2 bird species, it’s that it’s never good idea to mess with a parent and their children, no matter the species.