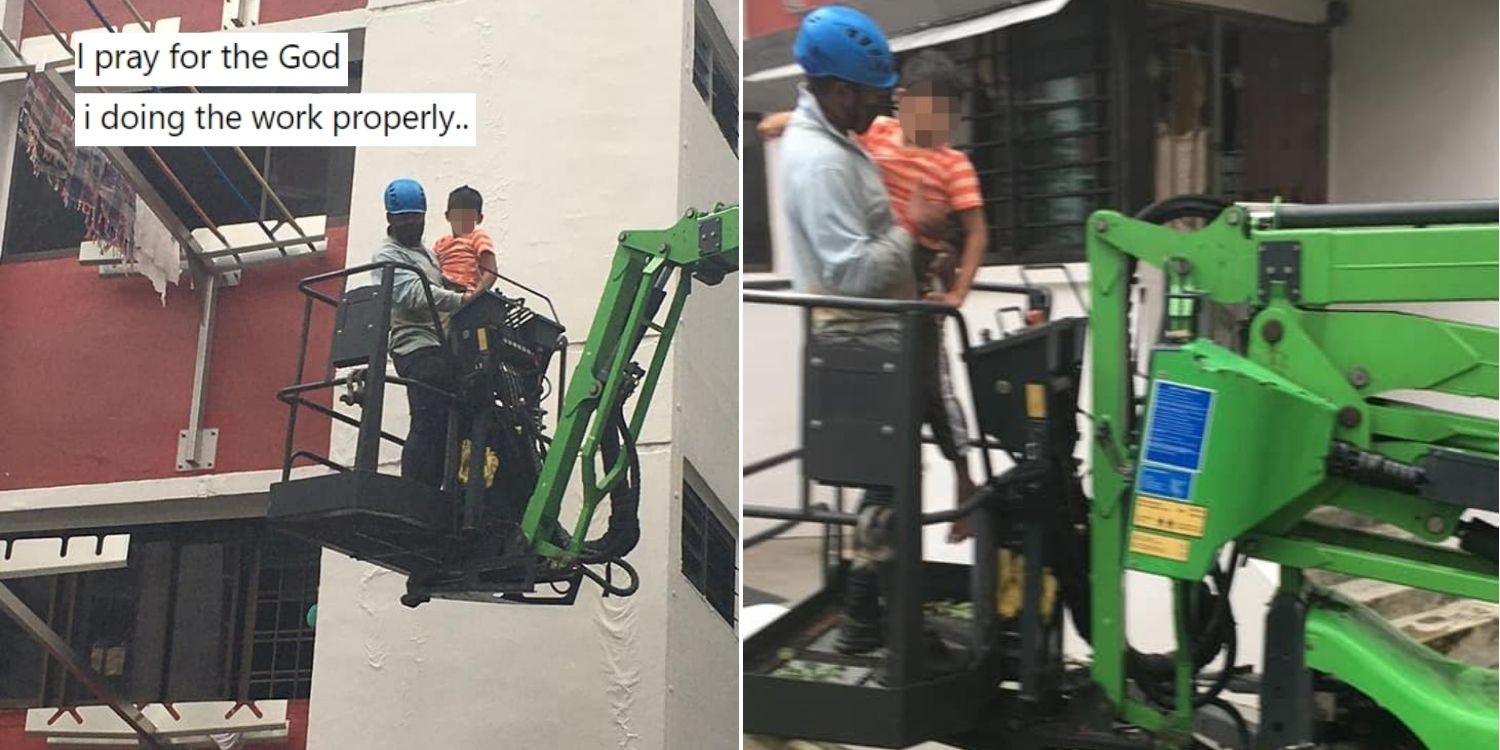 When a clip of a child standing precariously on the ledge of a HDB block circulated yesterday (4 Jan), many viewers held their breaths.

Child Gets Stuck On Hougang HDB Ledge, Nearby Worker Rescues Her On 3 Jan

But relief quickly washed over them when a heroic construction worker appeared moments later, to rescue the young boy from the ledge of a Hougang HDB block.

Some time last night, the worker took to Facebook to share his experience, garnering positive reactions from strangers.

On Monday evening (4 Jan), Facebook user Kûâšhâ posted about the work incident which had grabbed headlines that same day.

Documenting his rescue of a child from a Hougang HDB ledge, he briefly shared his feelings about what had happened. 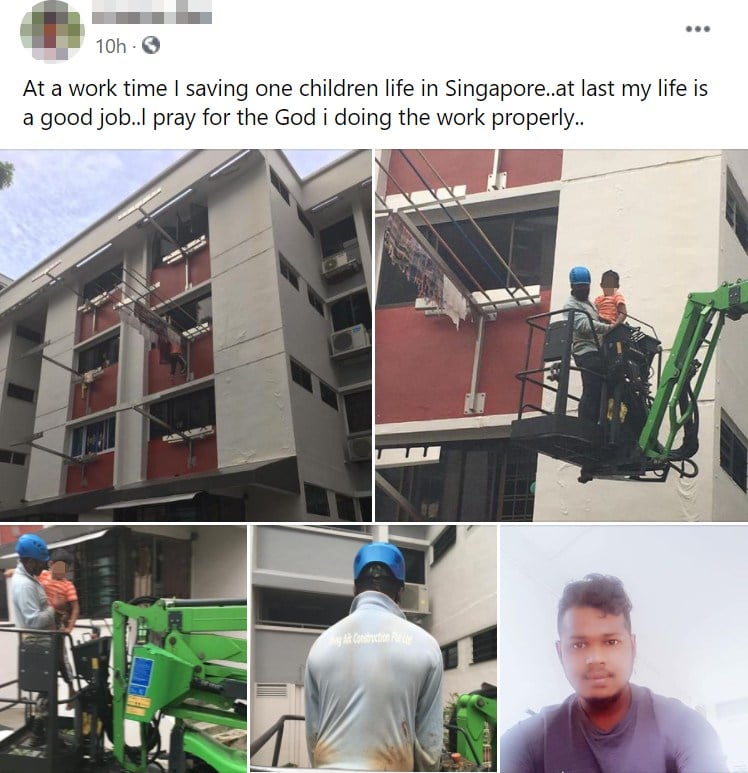 His humble reflection gained thousands of positive reactions and almost as many shares, reaching over 3,000 at the time of writing.

Prays that he has done a good job

Referring to the rescue as somewhat of a defining moment, Kûâšhâ stated that, “at last my life is a good job.” 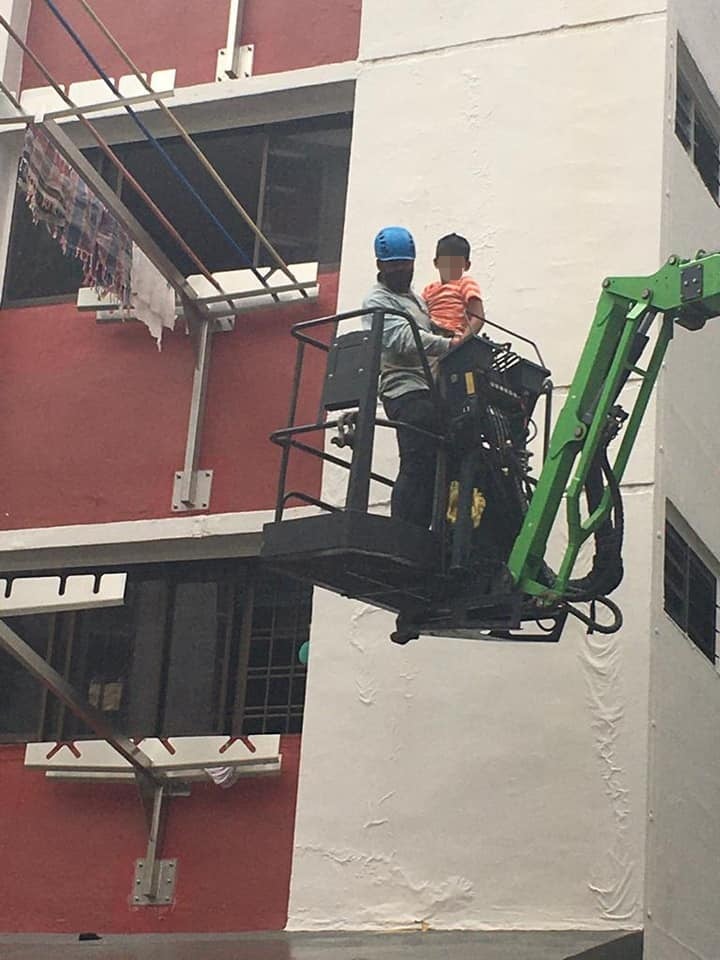 He went on to pray that he has been doing and will continue to do “the work properly”, and ends his reflection on that note.

While his caption seemed to be a personal rumination, his humility prompted hundreds of responses from appreciative netizens, who praised him and thanked him for his deed.

Netizens assure that he had done well

Perhaps hoping to let Kûâšhâ know that we recognise and appreciate his bravery, netizens left positive comments on his post.

Many applauded him for a job well done, allaying the concerns conveyed in his caption.

Others thanked him sincerely, and sent him their well wishes to stay safe on the job. 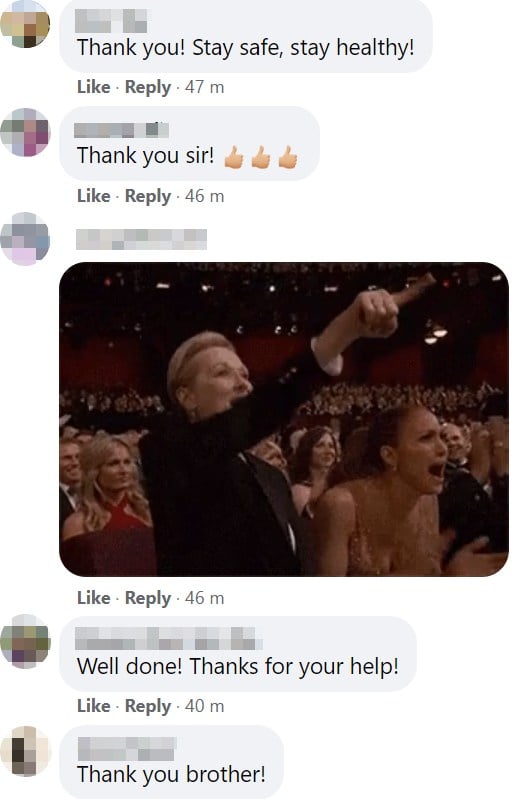 Across the board, everyone only had good things to say, and prayed for blessings to come his way.

Kudos to the worker for his quick actions & heroism

Once again, kudos go to Kûâšhâ for responding quickly and saving the young boy’s life.

If there’s anyone who deserves an award for his courage and composure in such a tense situation, that surely would be him. 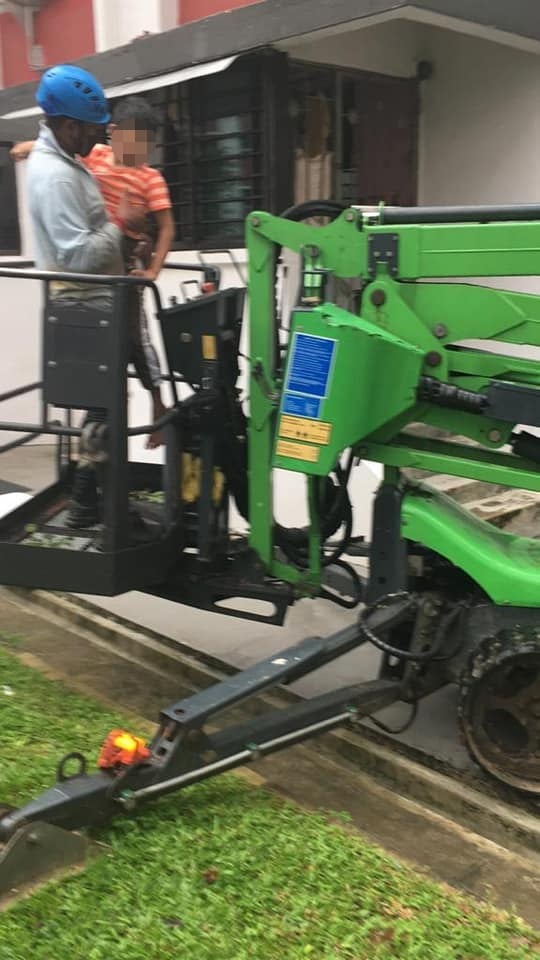 Our thanks go to his fellow colleagues who were there as well, as they had likely provided some assistance too.

We hope that Kûâšhâ will continue to lead a happy and successful life, which a humble hero like him truly deserves.