Must Share News – Independent News For Singaporeans
Home News Child Gets Stuck On Hougang HDB Ledge, Nearby Worker Rescues Him On... 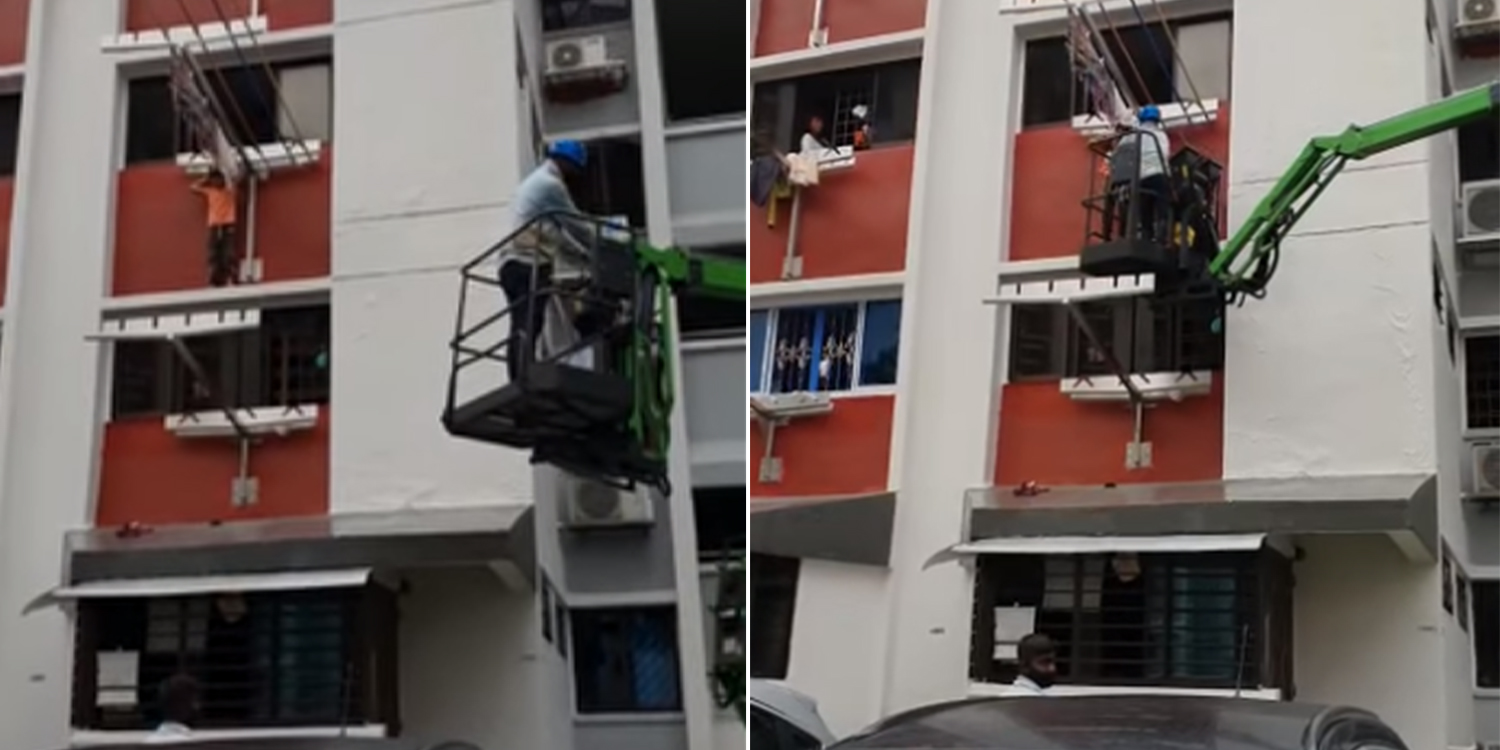 Update (5 Jan): A previous version of the article erroneously referred to the child as female. The child is in fact male and the article has been updated to reflect this.

While some kids are independent and can be trusted to not wander around, we should always still ensure that they are supervised.

In a video that circulated on WhatsApp and social media, a child ended up on the ledge outside a HDB flat window in Hougang. 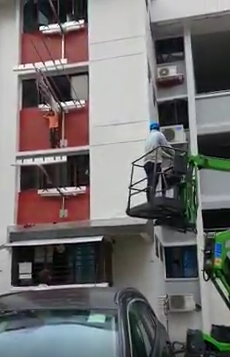 Thankfully, a worker on a boom lift was nearby and rescued the boy even before SCDF arrived.

According to Channel NewsAsia (CNA), the incident took place at Block 243 Hougang Street 22 on the morning of Sunday (3 Jan).

SCDF said they received a call for assistance at around 7.50am.

We’re not sure as to how the child ended up on the ledge, but she was certainly lucky that workers with the right equipment were nearby.

At the start of the 52-second clip, the worker was already on the boom lift approaching the child, who was holding on for dear life on the ledge. Someone can be heard telling the boy to hold on to the laundry poles above him, as he let go of them for a moment.

The worker then hoisted the child up on the boom lift, saving the day and garnering plaudits from onlookers. 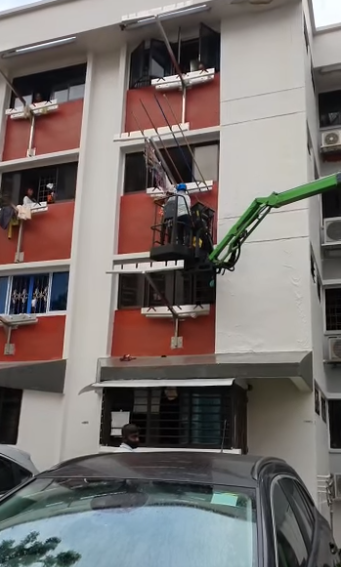 You can view the full clip here.

Shout out to worker who saved the day

The worker was certainly in the right place at the right time, and he deserves the plaudits coming his way. Kudos to him for rescuing the child.

SCDF told CNA that the child was assessed by a paramedic, and not taken to hospital.

We’re glad that the child is safe, although we also hope that he isn’t left unattended in the future. Hopefully the child and their caretakers have learned their lesson from this incident.