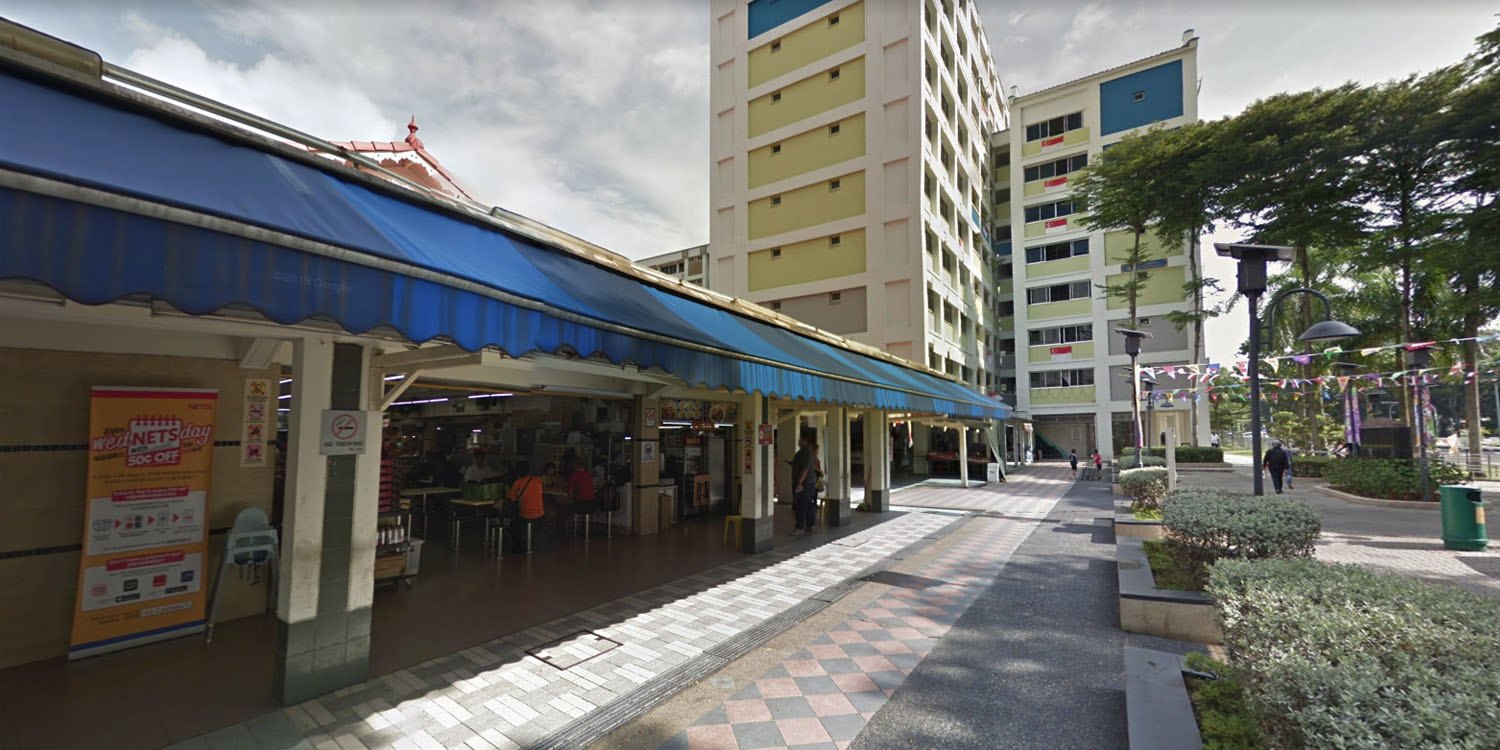 If you think Singapore’s a very safe country, you probably haven’t run into a gang here.

They may not be prevalent now, but you certainly wouldn’t want to cross paths with them.

A resident in Yishun learnt that the hard way after he had an unpleasant exchange with a secret society member.

He filed a police report, but his decision to share it online to warn others may have backfired after he failed to conceal his personal information. 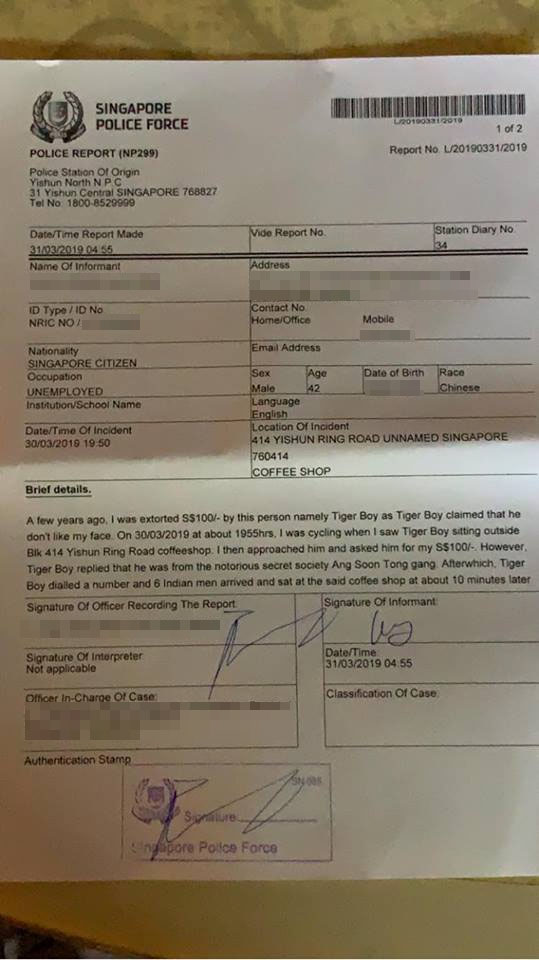 Gang member has been around for years

The resident, Mr Chen, first crossed paths with the gang member known as Tiger Boy a few years ago. Tiger Boy reportedly demanded $100 all because he didn’t like Mr Chen’s face.

He confronted Tiger Boy, who countered with a threatening remark about being part of “the notorious secret society Ang Soon Tong gang”.

Tiger Boy then whipped out his phone to call for backup and 10 minutes later, 6 Indian men arrived at the coffee shop.

While there’s a palpable concern for Mr Chen’s safety, it’s largely based on the fact that he had disclosed his personal information to the public.

If the Ang Soon Tong gang really does exist, netizens are worried that they’ll harass Mr Chen at his home instead.

One of them even advised him to remove the post completely.

Tiger Boy and the Ang Soon Tong gang may be dangerous, but it seems like Mr Chen is being more of a danger to himself.

Ever since the government banned organisations from attaining people’s NRIC details, Singaporeans have been more wary of sharing sensitive information.

Perhaps Mr Chen should start doing so too, for the sake of his own safety. He surely wouldn’t want Tiger Boy and his 6 henchmen to hunt him down.