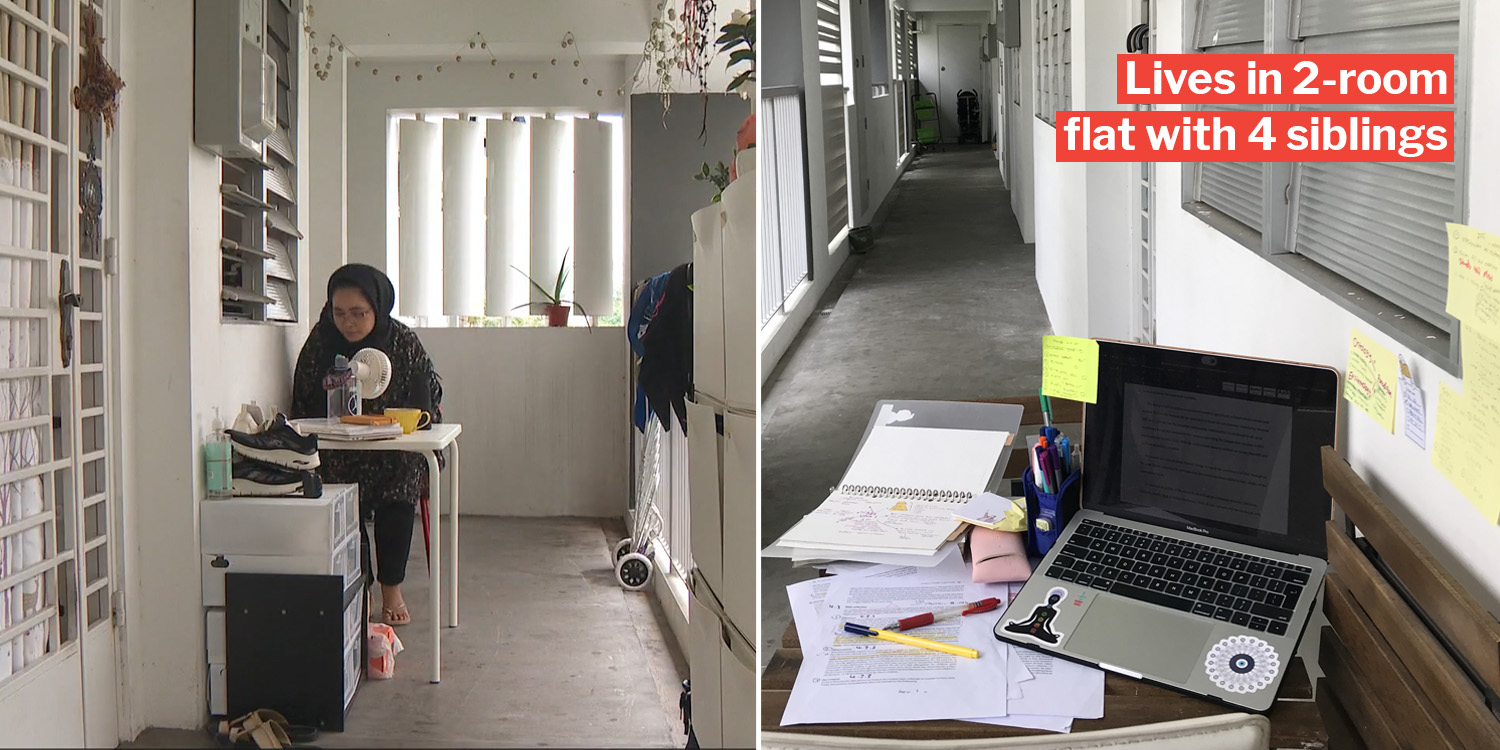 Studying at 2am-5am was most conducive for her.

When ‘Circuit Breaker’ happened, it was decreed that everyone needed to stay home as much as possible, and to only head out for essential purposes.

For 27-year-old Nur Nadirah Friday, this meant that most of her family of 6 had to stay together at home the entire time. 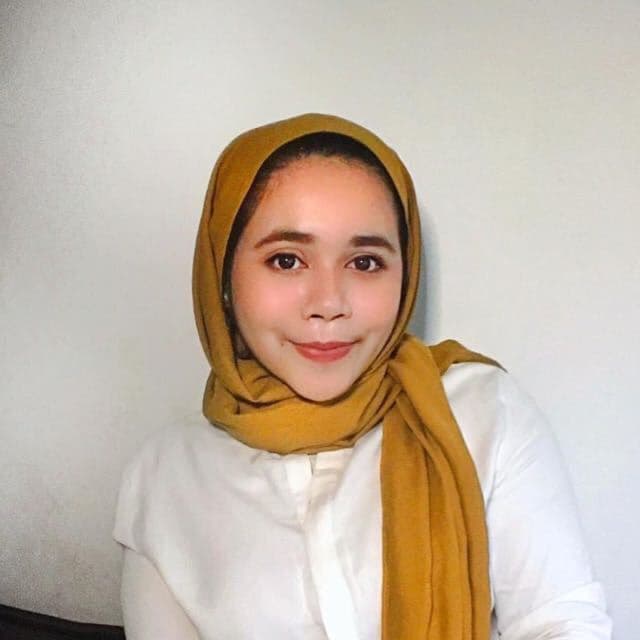 As they lived in a 2-room rental flat in Punggol, adhering to Covid-19 safety measures also meant that their lives were temporarily disrupted due to lack of space.

Making the most out of what she has, Ms Nur Friday – who is pursuing a degree at Singapore University of Social Sciences (SUSS) – spent around 10 hours a day studying in the HDB corridor. 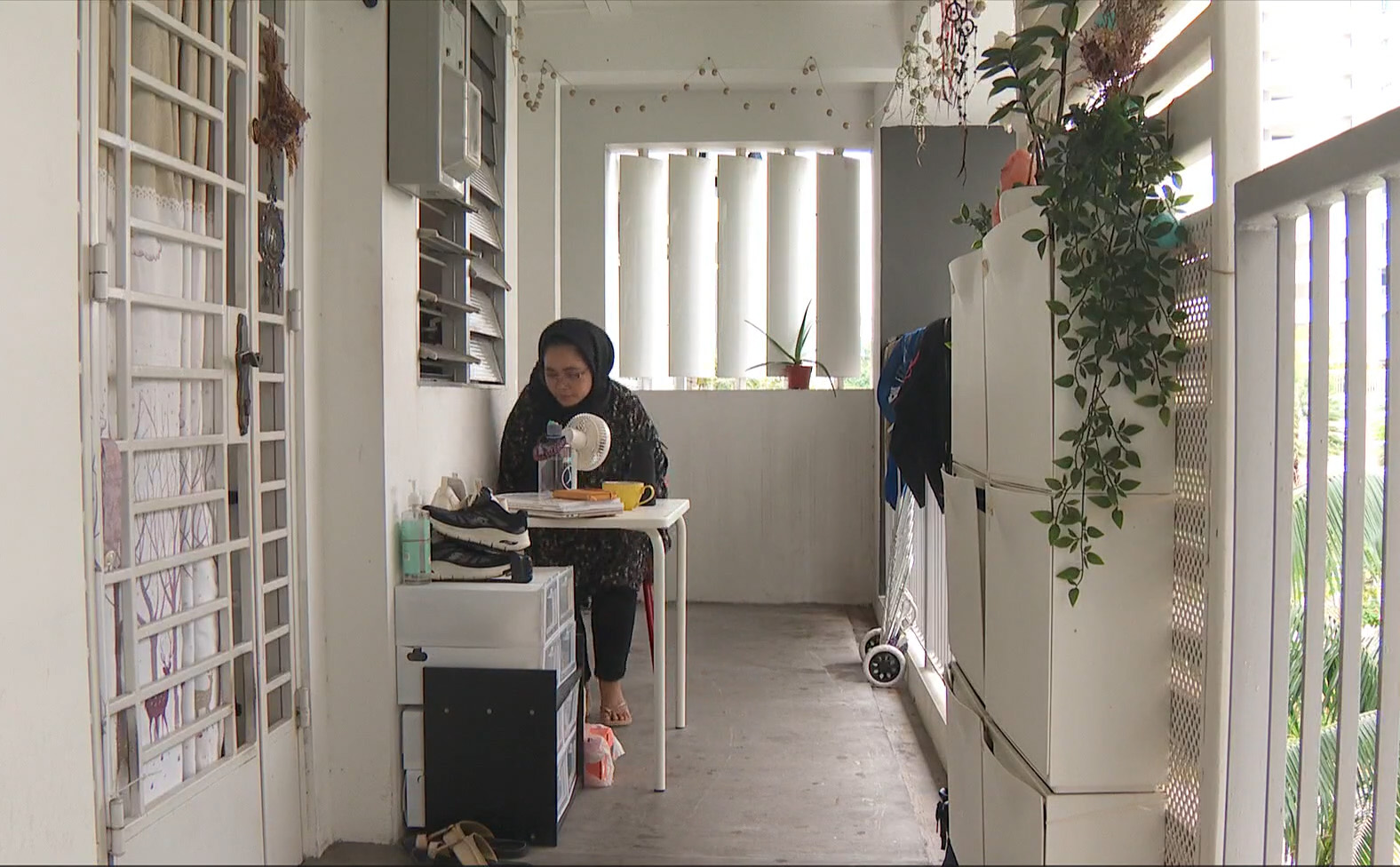 She shares with us her ‘Circuit Breaker’ story, and how she aspires to use her time in the spotlight to help lower-income families.

Studied in corridor for 10 hours daily to minimise disruptions

Speaking to MS News, Ms Nur Friday – the second oldest child in the family – said she and all 4 of her siblings had to stay home during ‘Circuit Breaker’. 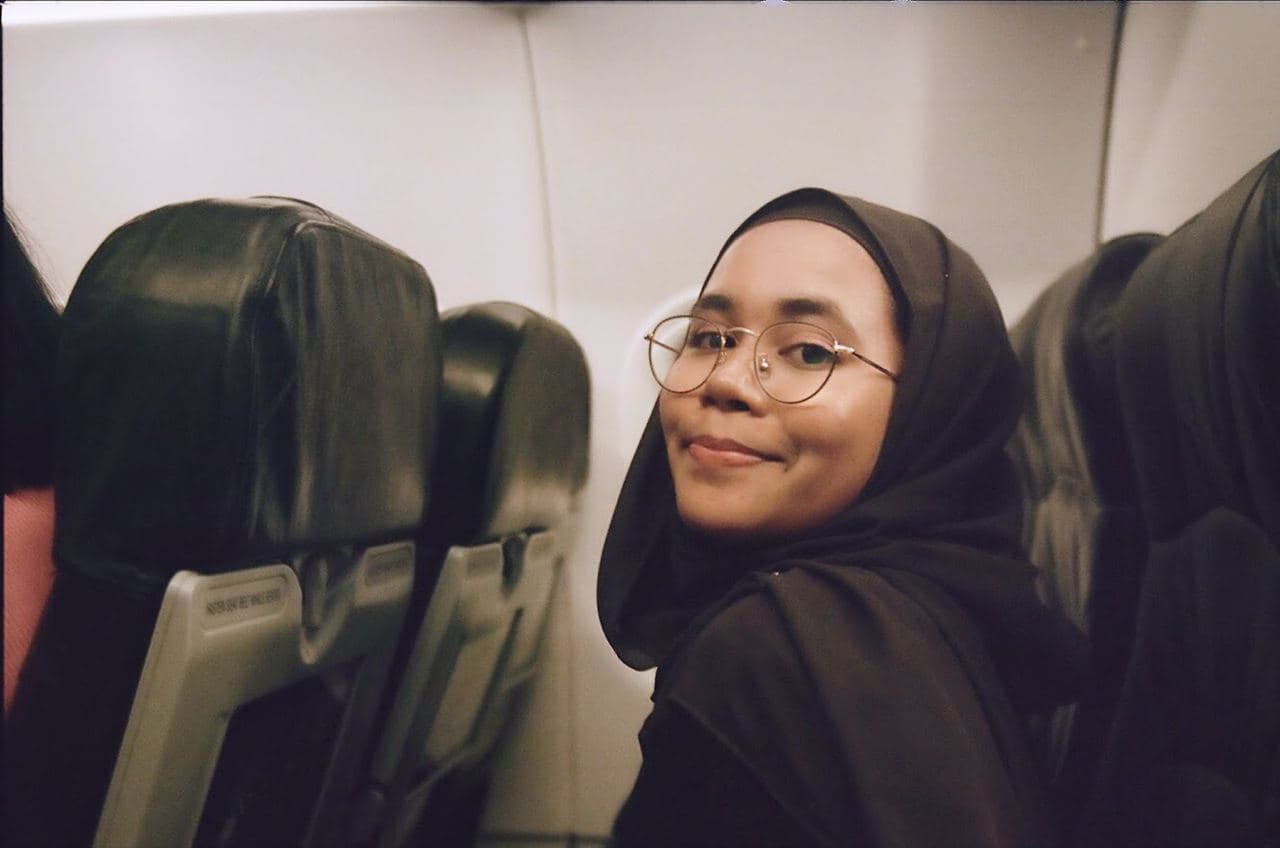 Her mum, who works as a pharmacy assistant, was an exception as she was deemed an essential worker.

There was little to no room for her to study, as her siblings, aged 21 to 29, had to attend conference calls and online classes at home.

So, she decided to study outside in the corridor instead. Her daily schedule back then looked like this:

That’s about 10 hours of studying outside of her home.

Studying in wee hours of the morning was conducive

Since she was also working as a part-time tuition teacher, she got by with less than 5 hours of sleep, power naps in between crunch time, and lots of coffee every day. 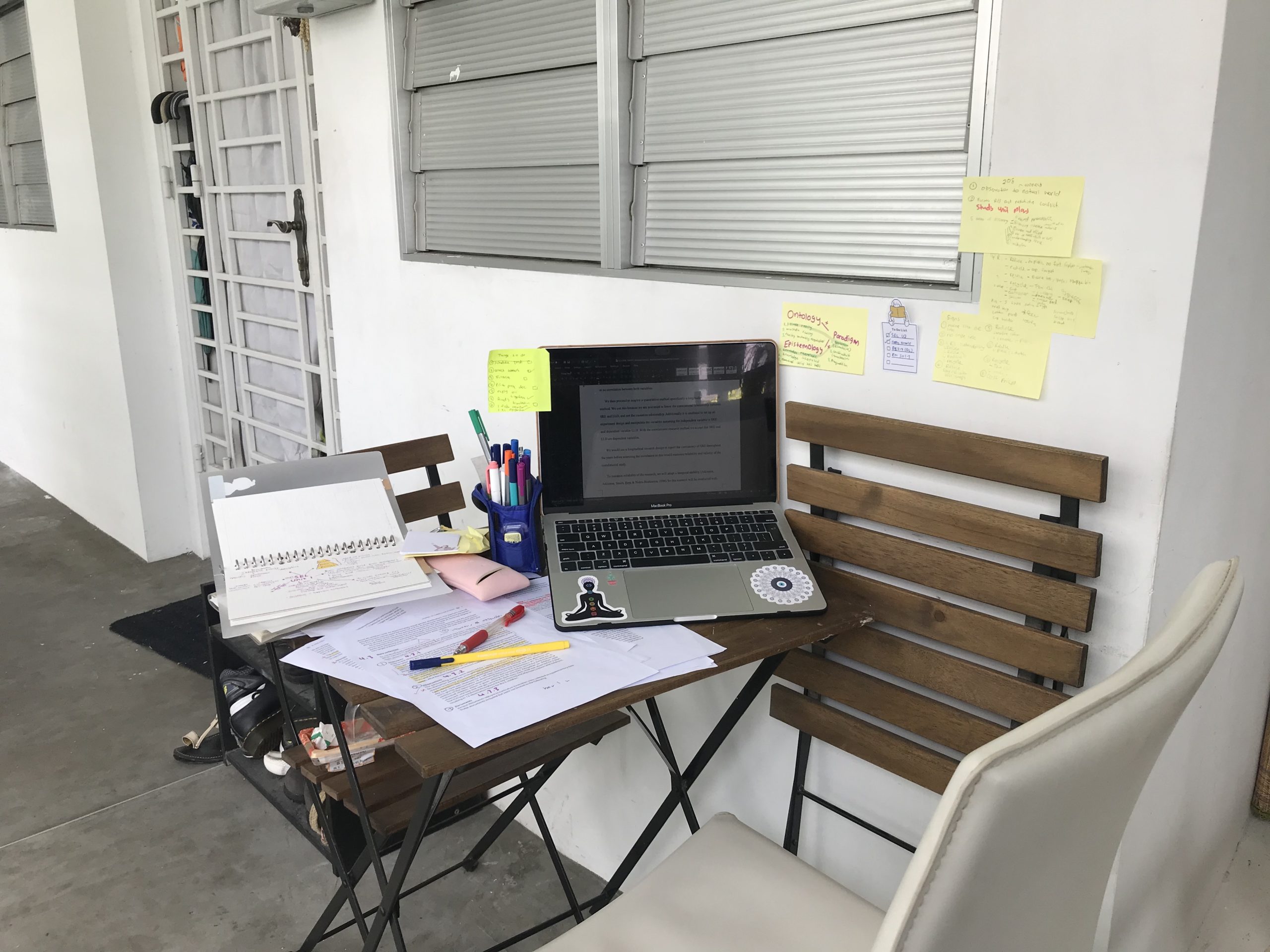 But on the brighter side, she noticed how studying in the wee hours of the morning was rather conducive, as it was a lot quieter and she could concentrate deeply.

As a bonus, she even got to know her neighbours better, as she grew familiar with their schedules after seeing them going off to work and returning home daily.

Given how the weather was particularly warm in Apr-Jun, the aspiring preschool teacher said her trusty USB-powered fan didn’t feel like it was cooling enough.

The weather was so hot. I needed to take a lot of showers to keep cool.

Not only that, the sunlight can get a little glaring in the day, which made it harder for her to read from her laptop screen.

That didn’t stop her, however. Instead of investing money into buying a sunshade cover, she made one on her own using cardboard. 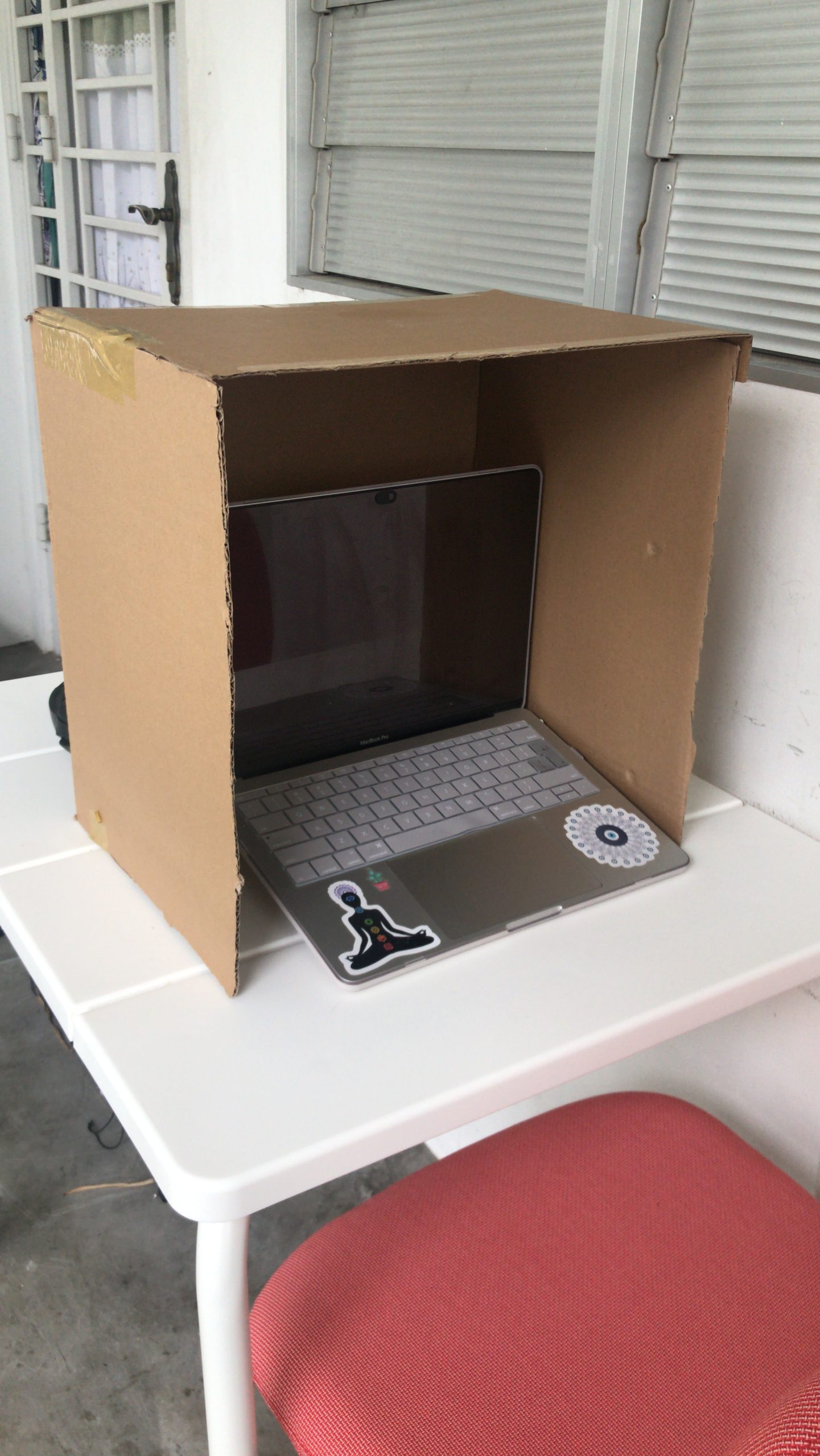 Support from mum & significant other kept her going

Days were long and the hours were tough during ‘Circuit Breaker’, but having her mum and significant other support her kept her going.

She would have Zoom calls to bond with her significant other when they were separated. 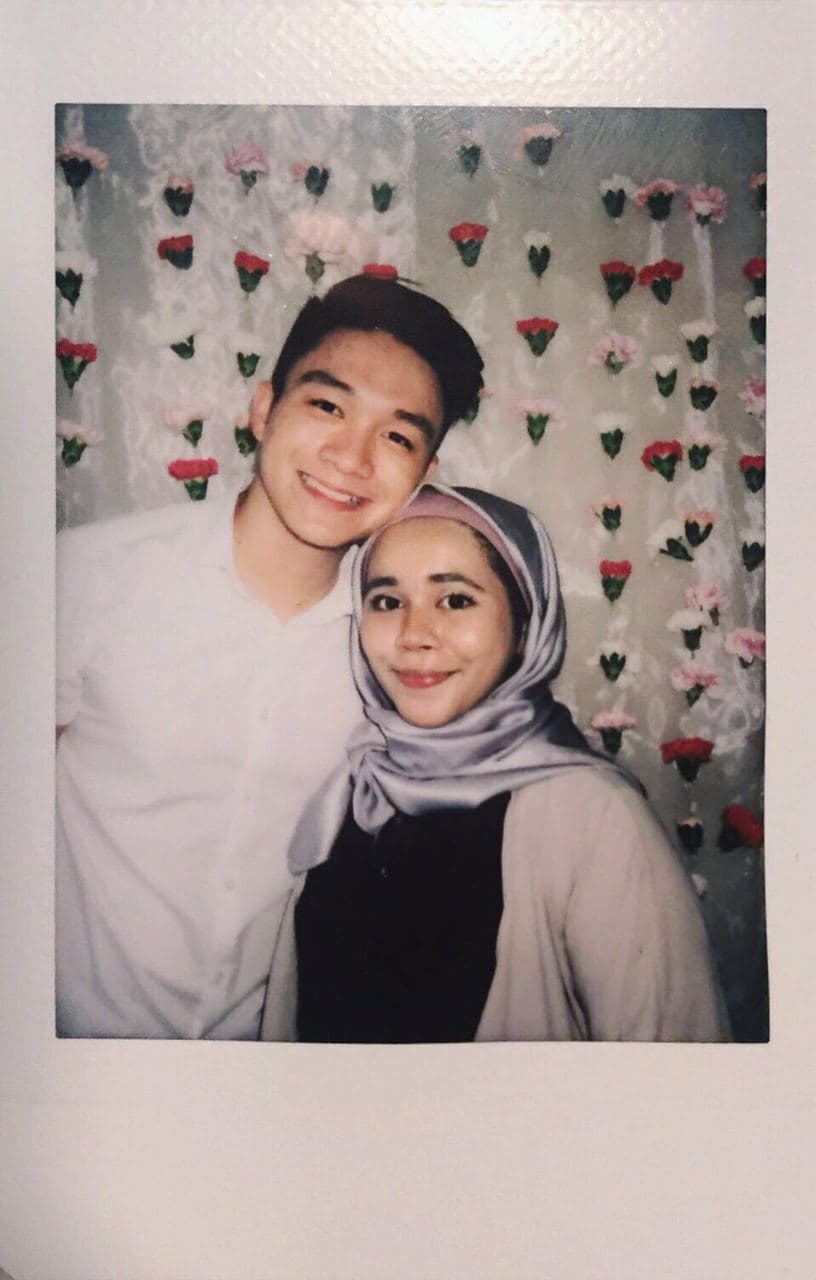 Her mum, on the other hand, offered food and constantly checked in on her.

Wants to use her voice to help lower-income families

Ms Nur Friday revealed that her father had passed away 20 years ago, and her mum had single-handedly raised 5 children in their small rental flat.

Since her story of perseverance during ‘Circuit Breaker’ made the news on BERITAmediacorp, Ms Nur Friday related that she wanted to use her voice to shine light on lower-income households who may have fallen through the cracks.

I feel there are others who are having a tougher time, and they deserve attention too.

She said her family’s circumstances also made her question about what it means to be in a meritocratic society, and how social mobility can be difficult to attain with limited access to resources.

Even though she comes from a lower-income household, Ms Nur Friday said she was grateful for the privileges she’s had in life, such as getting to pursue tertiary education and seeking help from her university when needed.

She has dedicated a Facebook post to acknowledge her life’s blessings, discuss poverty in Singaporean society, and how we can support initiatives seeking to better their lives.

You can check it out here.

Wishing Nur Friday all the best in her studies

Now that ‘Circuit Breaker’ is over, Ms Nur Friday quipped that she still returns to her space of productivity in the corridor every now and then to study.

But since it’s the holidays now, she gets to spend more time being at home with her loved ones instead.

Ms Nur Friday’s determination to pursue her degree despite the restrictions posed during ‘Circuit Breaker’ speaks volumes of her character. She believes that if there was one good reason she would fail, it wouldn’t be because of ‘Circuit Breaker’.

MS News wishes her all the best in her studies, and hopes she’ll get to realise her ambition of becoming a preschool teacher.