I first saw then-Master Sergeant (MSG) Muhammad Sadikin Hasban in 2014. It was my enlistment day and I had just traded in my Pink IC for the Green 11B that would identify me in the coming 2 years.

We were told to call him “Master” but just a few minutes later, a blur sotong in my company called him “Sir”.

MSG Sadikin — who later became Third Warrant Officer (3WO) Sadikin — was a man who stuck to the rules like no one else.

Something as small as addressing him with the wrong title would earn you a 1x good one. And because the SAF is all about “all for one, one for all”, we got all a 1x good one that day for calling him sir.

For the uninitiated, a 1x good one is a punishment, usually comprising countless push-ups.

So my first impression of 3WO Sadikin was that he was as fierce — and deadly — as a US Marine.

Throughout my 9 weeks in BMT, this impression didn’t change one bit. He would be the first one at morning parade, chirpy and in a good mood at 5.50am, no matter how late he had slept the night before.

We would always be greeted with a “Falcon company!” and we would call back “Yes, master”. We would do this over and over again until he was satisfied with our volume.

Regardless of how sadistic it sounds, 3WO Sadikin always did this with a smile. After I finished my training, he told me that he did it so that we would start our days on a high. It’s a lesson that has stuck with me all these years.

3WO Sadikin was just as strict during my first outfield. Camo on, camo off, camo on, camo off — I remember asking myself why the f*** we were doing it so many times. In hindsight, he was teaching us an important lesson about urgency. If an enemy were to attack us, we would only have a few minutes to conceal ourselves.

On the last night of field camp, he took the time to explain that he wasn’t tekaning us for the sake of it. He even apologised for making us hate him. He jokingly said,

And I loved him as a brother. I’m a single child myself, so he filled that need perfectly. But he could also be a fatherly figure when necessary, enforcing discipline and humility. It was a relationship built on tough love.

Fast forward to last week. I found myself standing on the muddy soil of the Lim Chu Kang Muslim Cemetery, watching 3WO Sadikin’s body being lowered to the ground. He was only 33.

3WO Sadikin had passed away last week, doing what he loved best: training boys to become men. He was hit by a falling branch while in Brunei and died on the spot.

As I looked at the sea of people that had gathered to pay their last respects to 3WO Sadikin, I saw people from all backgrounds: rich, poor, educated, not-so educated. And I realised just how many lives he touched with his brand of tough love. He brought all of us together, the same way he had done at Falcon Company 2014.

A lot has been said about National Servicemen this year, after the death of CFC Dave Lee and CPL Kok. Online chatter blasted the commanders for their negligence.

But I hope that 3WO Sadikin’s death shows people that the regulars who sign on to the SAF actually really care for their men — and in the process, make them better fathers, husbands, boyfriends and leaders.

So rest in peace, 3WO Sadikin. Thank you for your service — I will never forget you.

The author trained under 3WO Sadikin for 3 months in 2014. 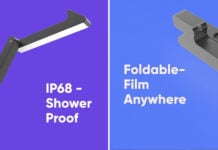 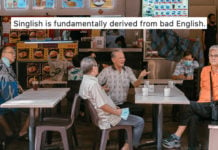