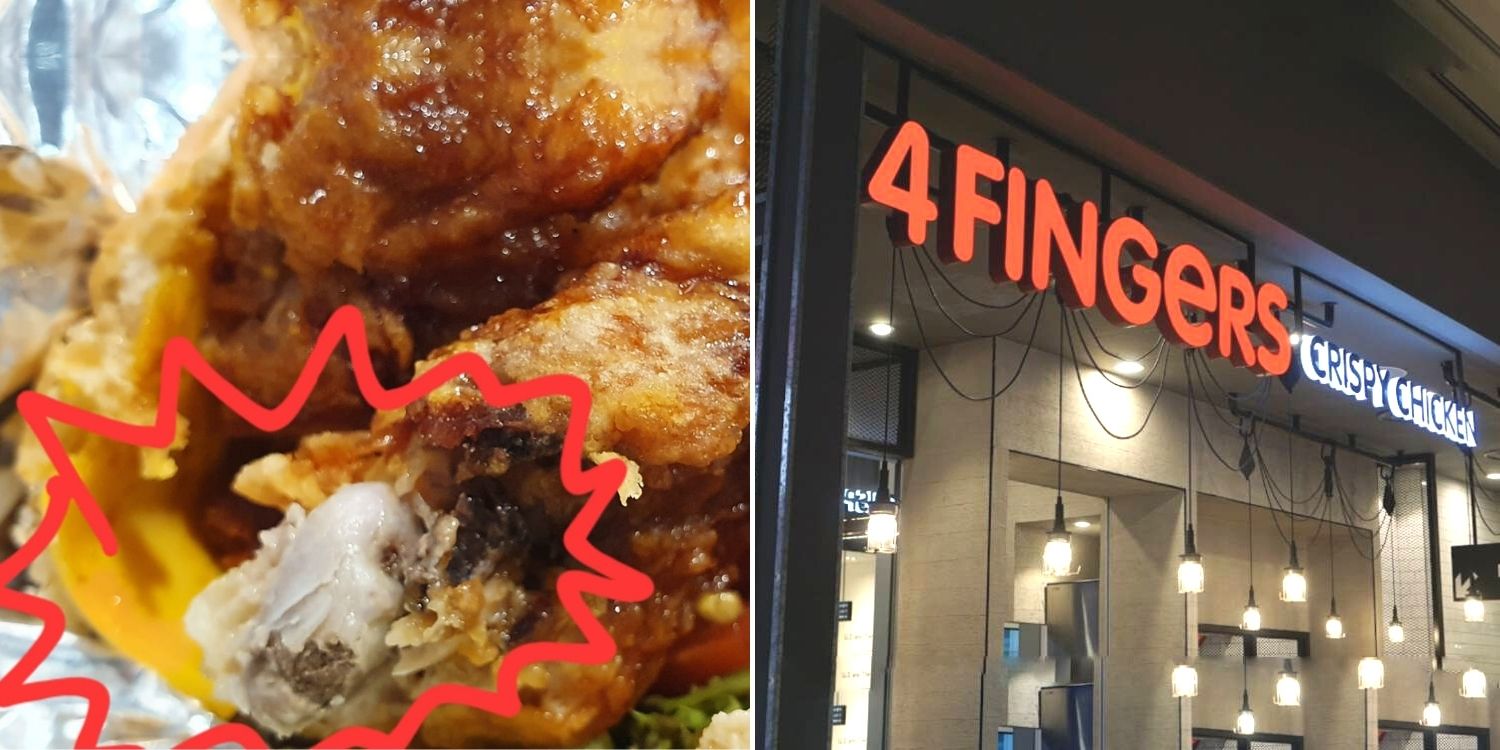 The burger was also "squashed up" and "deflated".

The name hints at the burgers’ massive size. However, the name took on an almost literal meaning for one customer as he found a bone in a JawBreakers burger. 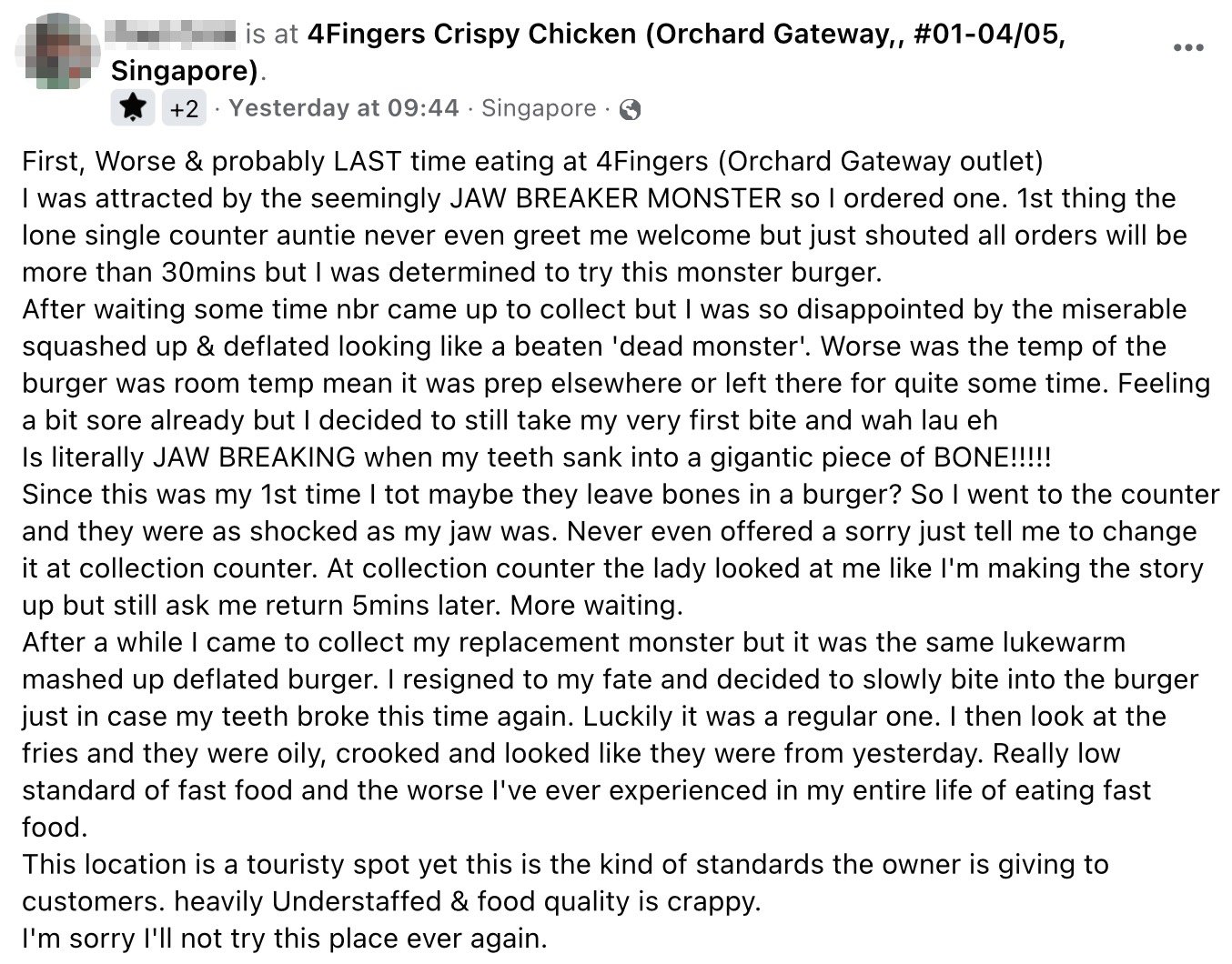 He alleged that he received poor service at the Orchard Gateway outlet and found a “gigantic piece of bone” in his burger.

According to the post, a man was looking forward to trying the burgers from 4Fingers’ JawBreakers series but was left disappointed. The moment he entered the restaurant, he noticed that the cashier failed to greet customers. Instead, she was busy shouting out that the waiting time for food would be at least 30 minutes.

Nevertheless, he was determined to try the burger and waited to get his meal.

To his dismay, when he finally got his food, he was greeted with a “squashed up” and “deflated” burger. He also believed it was left out for a while as it was lukewarm.

To make matters worse, when he finally took the first bite of his highly anticipated burger, his teeth sank into “a gigantic piece of bone.”

When he reported the problem to the staff, they were reportedly just as shocked as he was.

However, they allegedly asked him to get an exchange at the collection counter and didn’t offer an apology.

The customer was then asked to wait another five minutes for a new burger.

When he finally received a new burger, he expressed that he was let down again by the oily, crooked fries.

4Fingers has reached out to the customer

In a statement to MS News, a 4Fingers spokesperson said their team is currently investigating the incident:

Based on our knowledge, this is the first of such an incident we have experienced at our stores.

The patties for our Jawbreaker burgers are prepared with fresh chicken chops (not minced). The chicken thighs have to go through a deboning process where our supplier may have lapsed. Normally chances of such incidents are extremely low (<1%).

Asked if there were plans to compensate the customer, the spokesperson said they had reached out to the customer.

Finding a bone in a meal is indeed worrisome as there’s a chance the consumer may suffer injuries.

Hopefully, 4Fingers and the customer will be able to reach a resolution that satisfies them both.