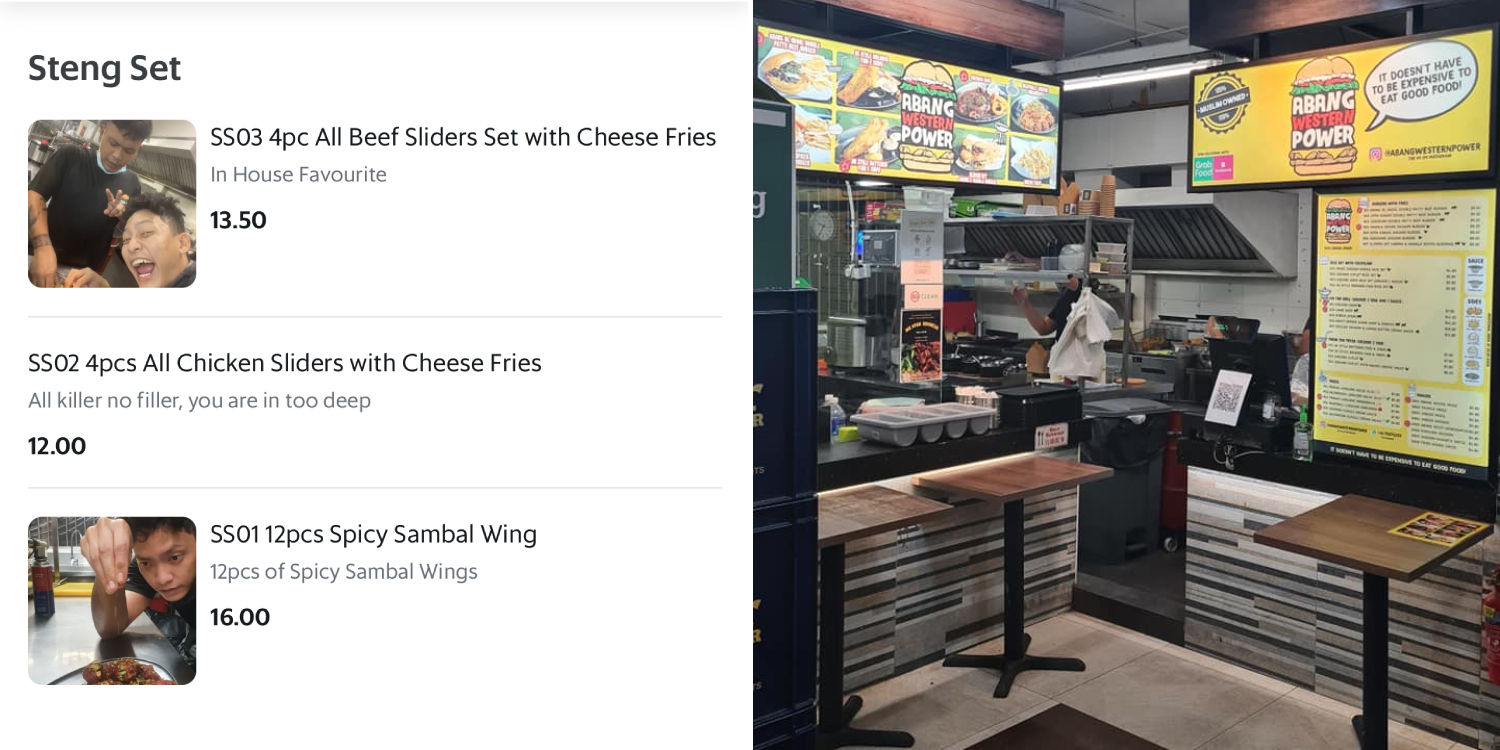 It can be difficult to make a business stand out, especially in the notoriously competitive world of F&B.

However, it looks like a humble kiosk in Ang Mo Kio (AMK) may have inadvertently managed to do it in their own quirky way.

Instead of photos of the dishes, some of the menu items feature pictures of people – presumably the staff – instead.

The unusual listings tickled netizens, who jokingly asked if the men come with the order too. 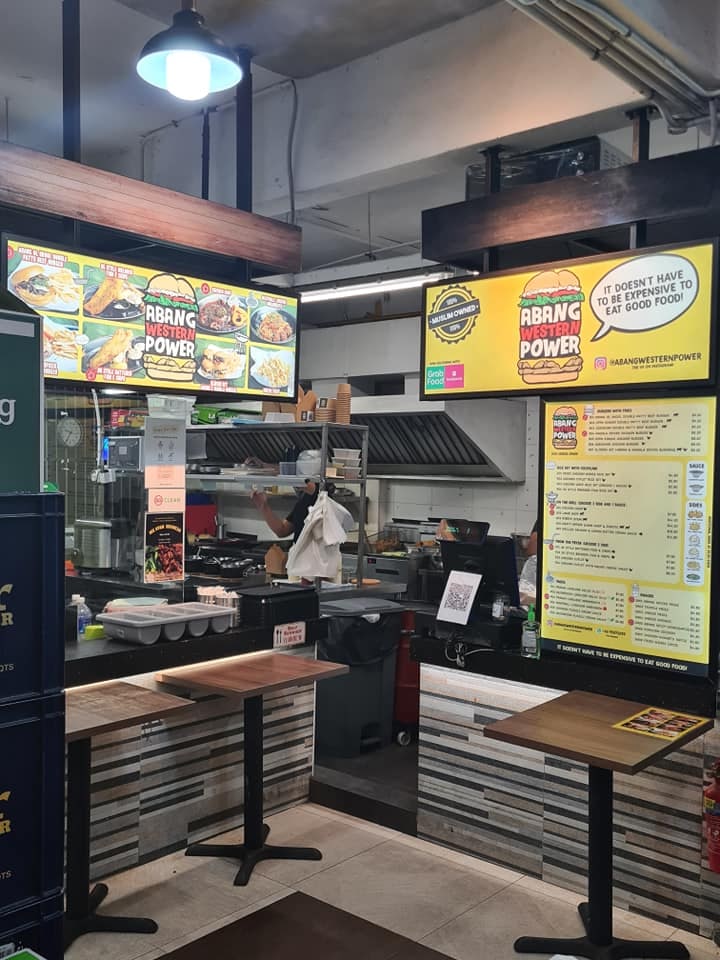 She said the food delivery platform has “the best hidden gems”. Pointing out the selfies on the menu, she quipped “Can I order abang too?”

Next to the listing for the All Beef Sliders Set with Cheese Fries is a selfie of two men. One is flashing a very happy smile to the camera, while the other puts up a peace sign. 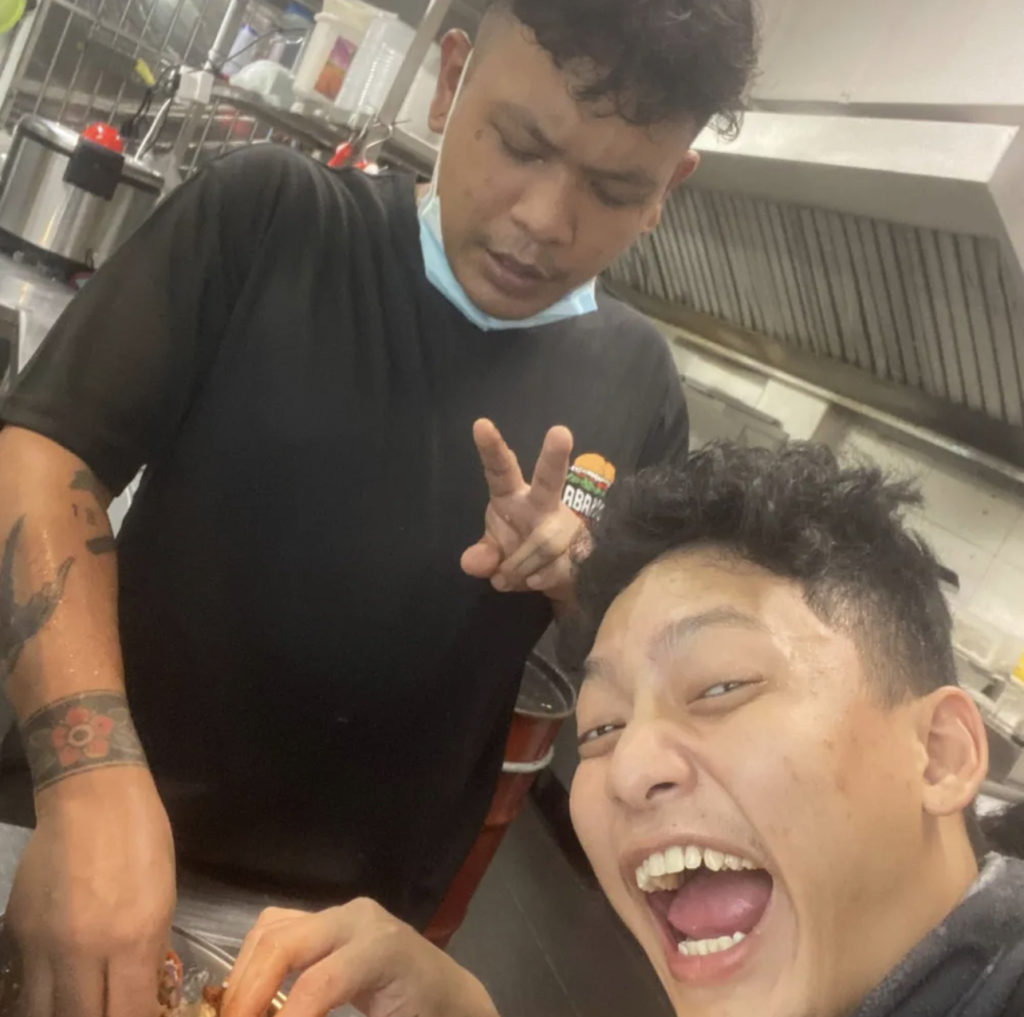 We assume they’re enjoying the beef sliders, which can barely be seen in the photo.

Another shot, which is next to the Spicy Sambal Wing, features a man sprinkling seasoning on said wings. You can see a little more of the actual dish in this one. 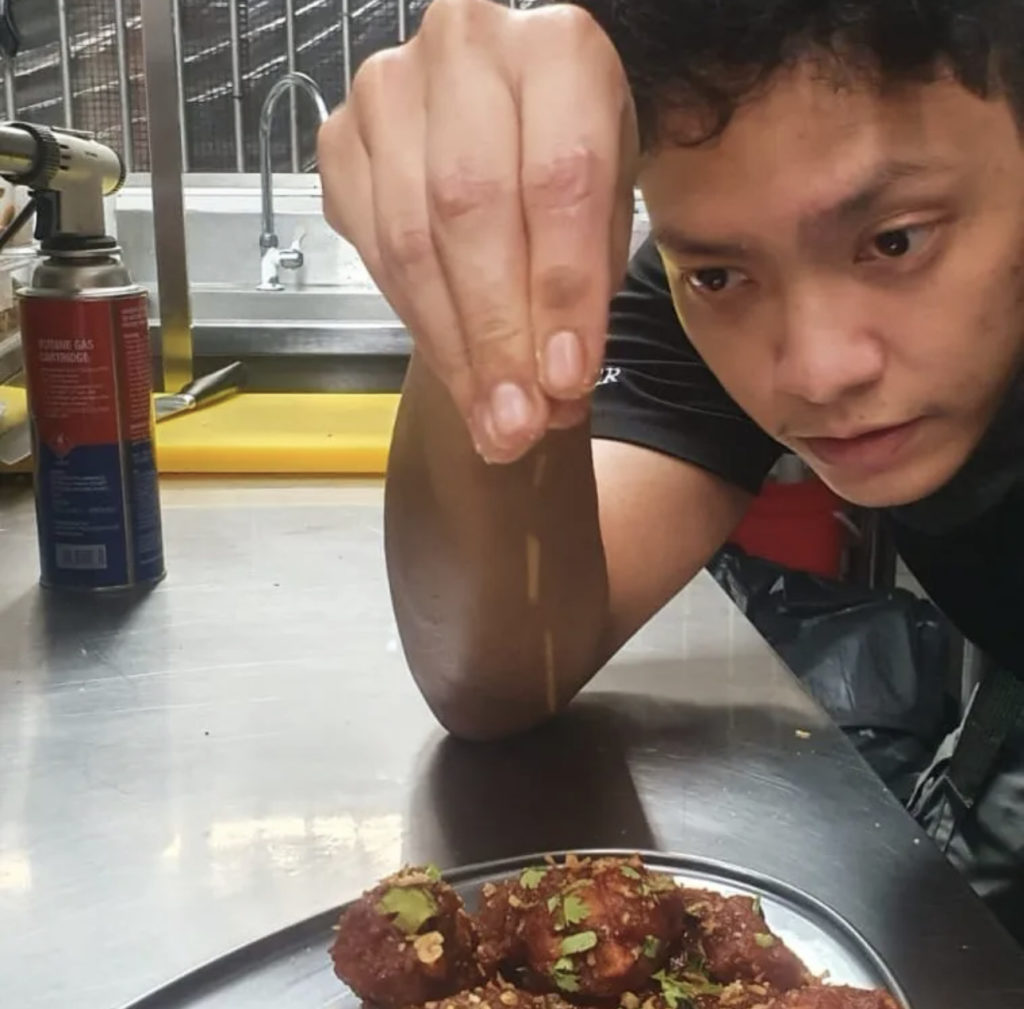 The same shot is used in another listing for Sambal Wing Rice with Achar endorsed by Chef Ameer.

We suppose there’s no better way to show how much you endorse something than by putting your own face on it.

Since the rest of the menu has professionally shot photos of the food, the selfies were probably the stall owners’ way of being cheeky.

At the time of writing, the post has almost 5,000 likes and 2,000 retweets, with other users finding the menu highly entertaining.

Several praised it as “good marketing” since it was a pretty ingenious way of getting attention.

Another person even said that she would be interested to patronise the stall “just because of the food pics”.

Others made jokes about how the men will be delivered along with the menu items as well.

A great way to get the internet’s attention

Whether the Abang Western Power staff were just trying to be funny or wanted to generate publicity for their business, their antics definitely caught the internet’s attention.

It’s nice to see how they aren’t afraid to show their silly sides. After all, the world could always use a little more humour.