Mr Amrin Amin, Minister of Parliament (MP) for Sembawang GRC, has been making his rounds in the Woodlands area as of late.

He shared a heartwarming album from his house visit on Facebook on Friday (19 Jul), which depicted him sharing a moment with a young Woodlands resident. 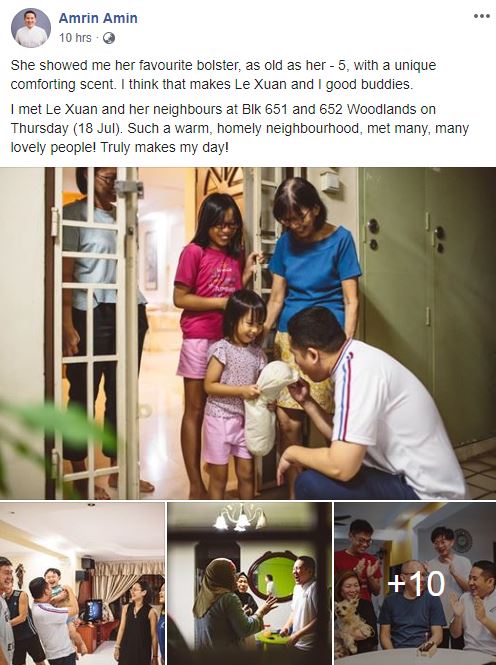 And yes, it involved a ‘chou chou’.

During one of his house visits at Blk 651 and 652 Woodlands, he met a 5-year-old girl clutching her similarly-aged ‘chou chou’ — aka her security bolster.

As any kid who is attached to her bolster would do, she proudly shows off the ‘chou chou’ to him. 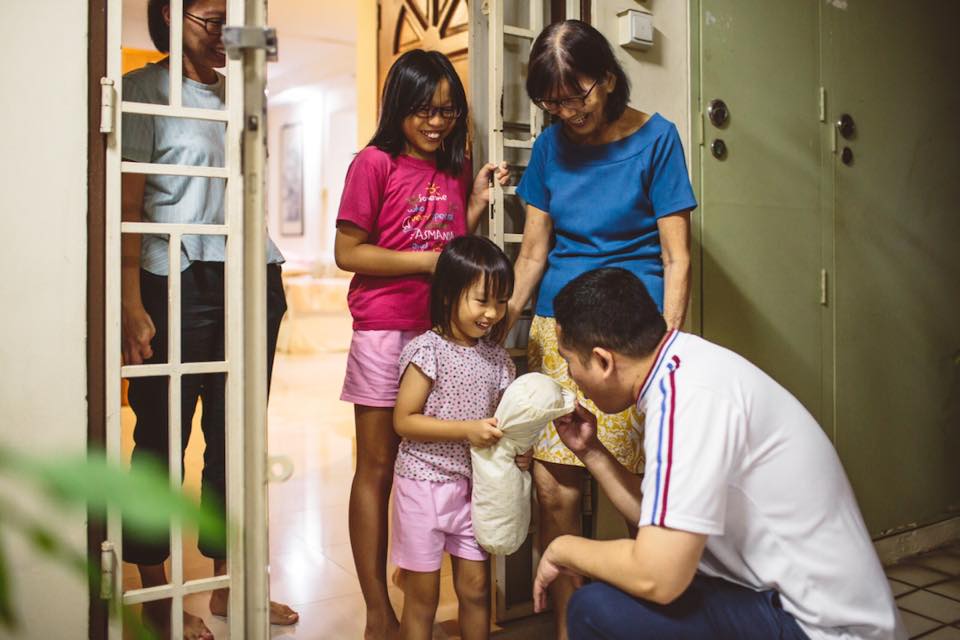 Amrin gamely takes the bolster in his hand, with the girl still clutching it — and gives it a good whiff.

Now, this isn’t something just anyone would do, but Amrin appears to be good with kids judging from the other pictures he shared in the post. 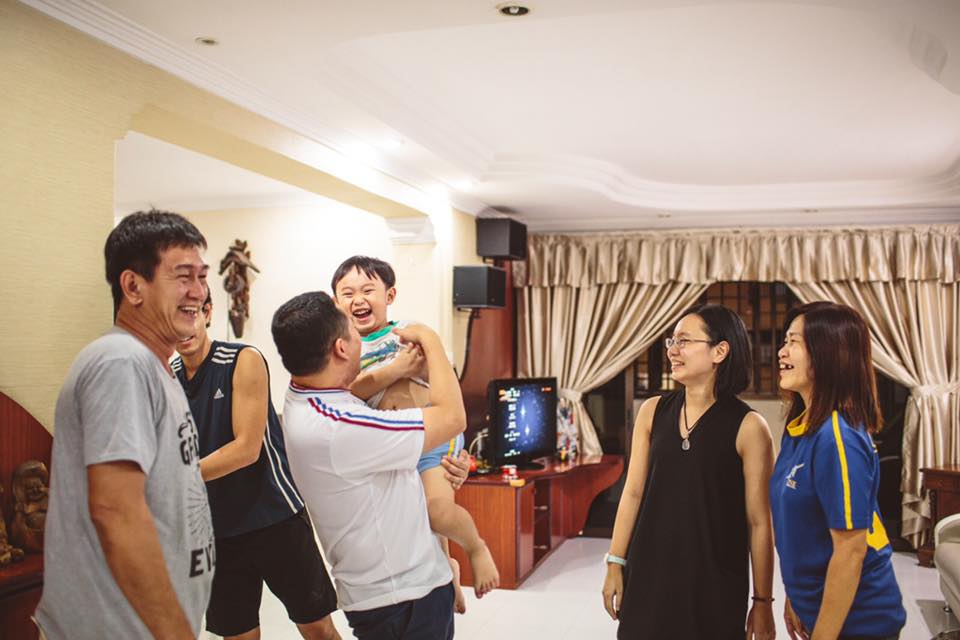 He also probably decided this was the best approach to take, having been offered the bolster by the girl.

In the caption on the Facebook post, Amrin remarked that the bolster had a “unique comforting scent” and that this made them good buddies.

There’s nothing quite like making friends with someone through examining their most treasured possession. 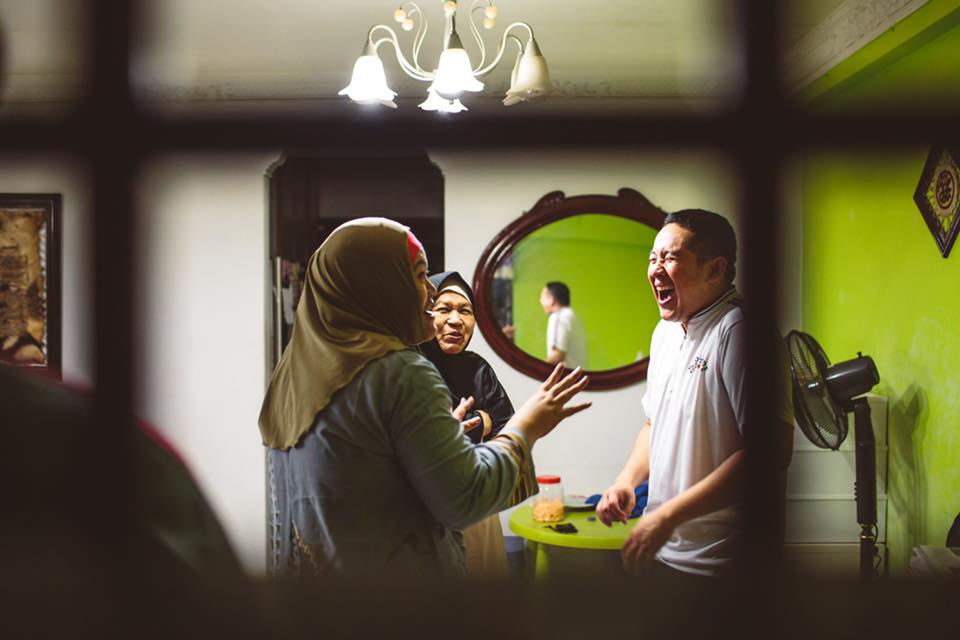 Any MP would wish to bond with their constituents and make personal connections with them. 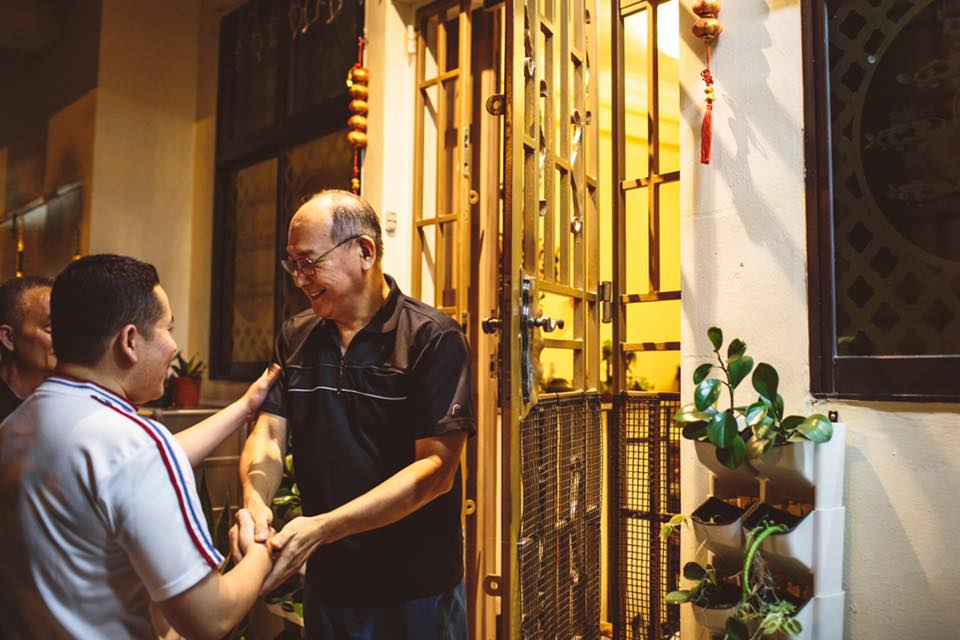 In return, they will hopefully remember them during the next election. Speaking of which, is an upcoming election afoot? Hmm.

Who knows, maybe the little girl will remember him years from now? It could make for a good story.

Is he personable? Yep. Willing to brave potentially ‘interesting’ smells to bond with others? Definitely. Good with kids? Of course.

We’d say he passes the husband test too, but he’s hitched. Sorry, ladies!