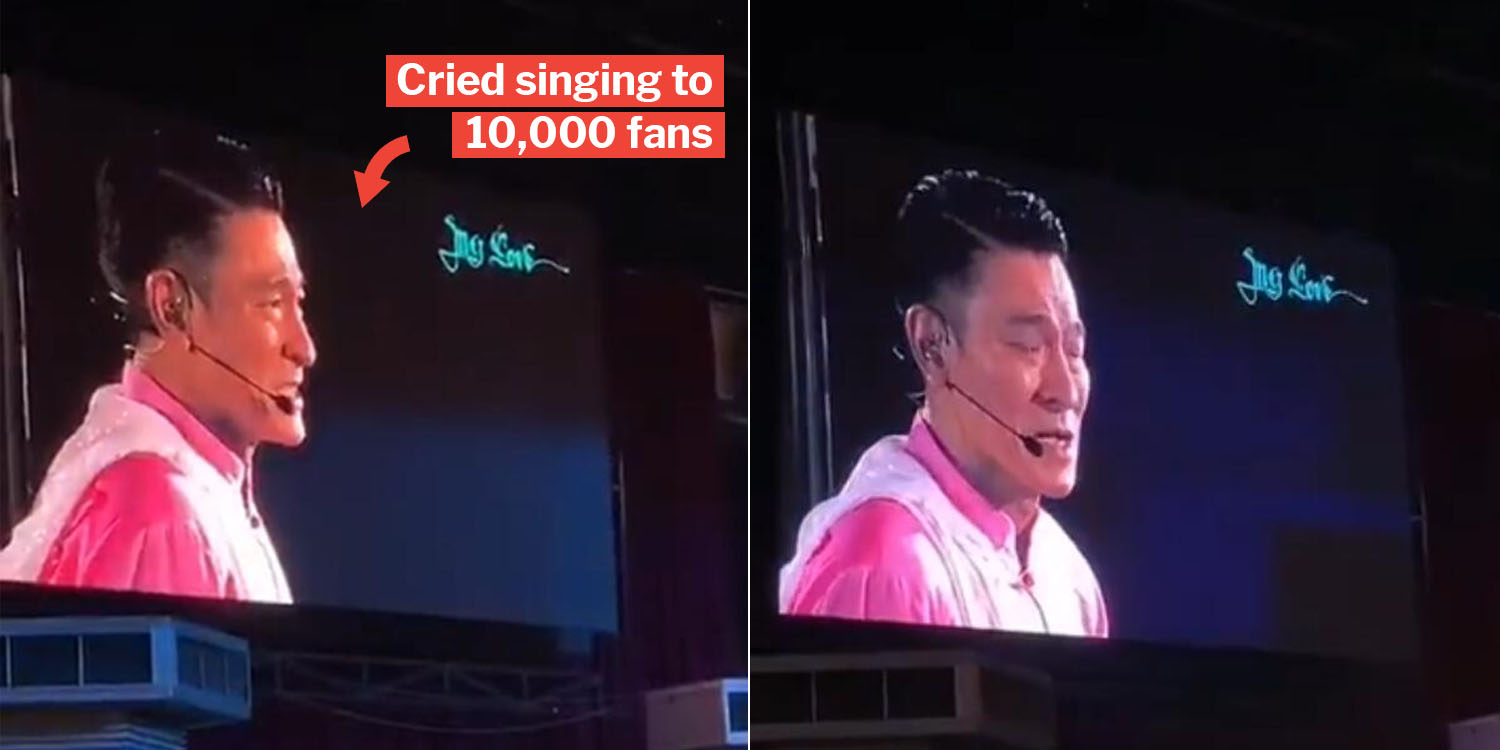 After a long and gruelling wait for his return, Andy Lau fans rejoiced as he performed at his sold-out concert held at the Singapore Indoor Stadium on 25 Sep.

The 58-year-old Heavenly King gave an unforgettable performance to fans. One memorable moment in particular, was when he started crying 30 minutes into the concert. According to Lianhe Zaobao, he teared when singing If One Day 如果有一天. 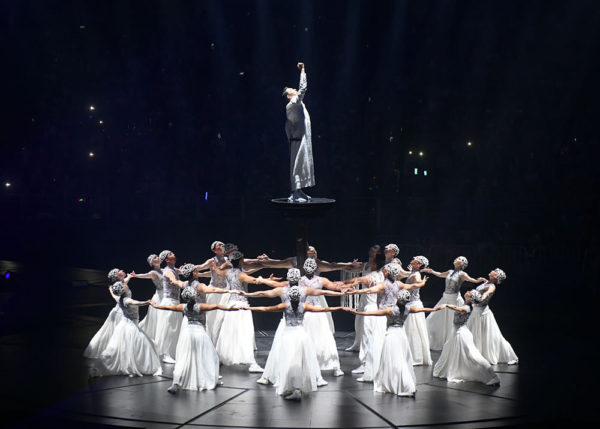 As the performance required him to sing while being suspended mid-air, he was probably overwhelmed with emotions when he saw the sight of his 10,000-strong audience.

While Lau was singing If One Day 如果有一天, he was overwhelmed with emotions, Lianhe Zaobao reports. This was only half an hour into the concert. 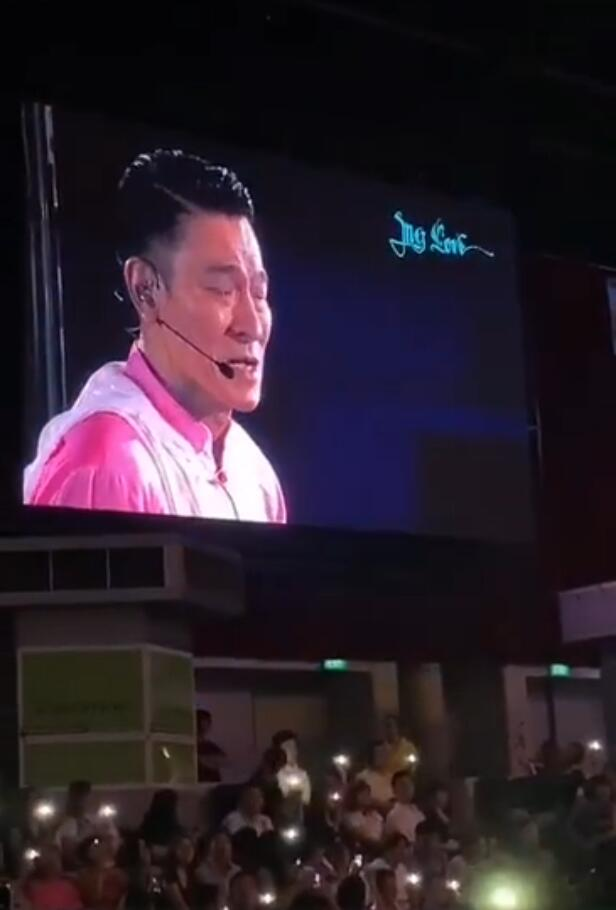 Singing the last line of the song: “I’ll share your troubles, my dear friend”, he thanked everyone who came that night as he choked back tears.

Thank you to all my friends who are sitting here.

Perhaps the constant love and support of our local fans touched him deeply.

Lianhe Zaobao also mentioned that Lau interacted with his fans while on stage, repeatedly asking if everyone was doing well. The singer poked fun at himself, saying,

The last time I was here I wasn’t even 50, how are you all still so young after so many years?

When he cheekily asked fans if he was handsome, the response was a resounding yes. Aww. 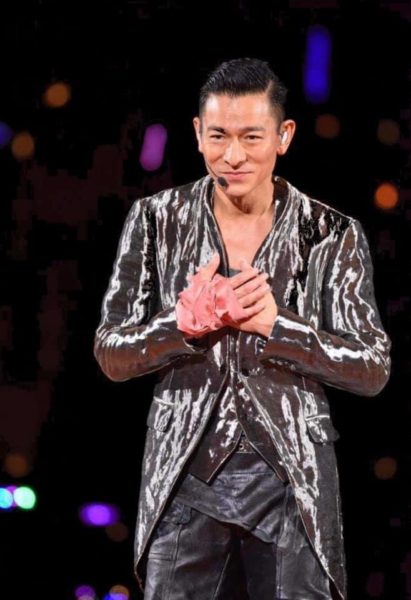 Lau then added then when he is old and no longer able to sing, he hopes that fans will hug “that old man” and tell him that he is handsome.

This was a sentimental moment for both Andy, causing him to tear up again. It’s okay Andy, because as your song goes, It’s Not A Crime For Men To Cry 男人哭吧不是罪.

Lau said Singaporean fans were wild unlike his expectations that locals here are a serious bunch. 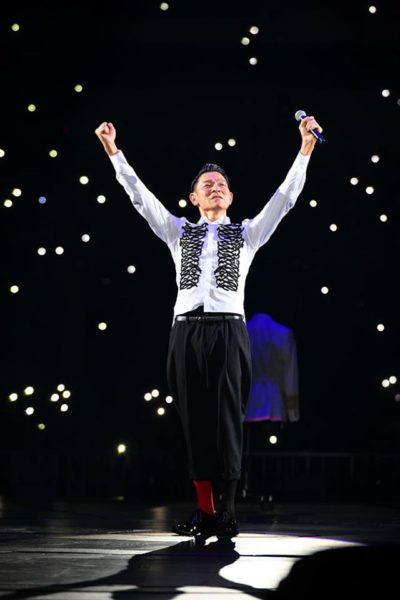 He later joked that this concert was easy for him since he just had to seat there and let fans take pictures of him.

As Andy Lau turns another year older, he looked back on the 38 years since his debut.

He thanked his fans for their unwavering support and promised them to be healthy. This promise probably comforted many fans since his health took a hit after a horse-riding accident in 2017.

His final promise to fans: he will always be their handsome Andy Lau and he will be together with them in the next life too.

Here’s to hoping that Lau will continue to be healthy and shine bright like diamonds on stage.

Featured image from Sohu and Sohu. 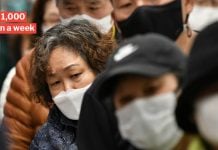