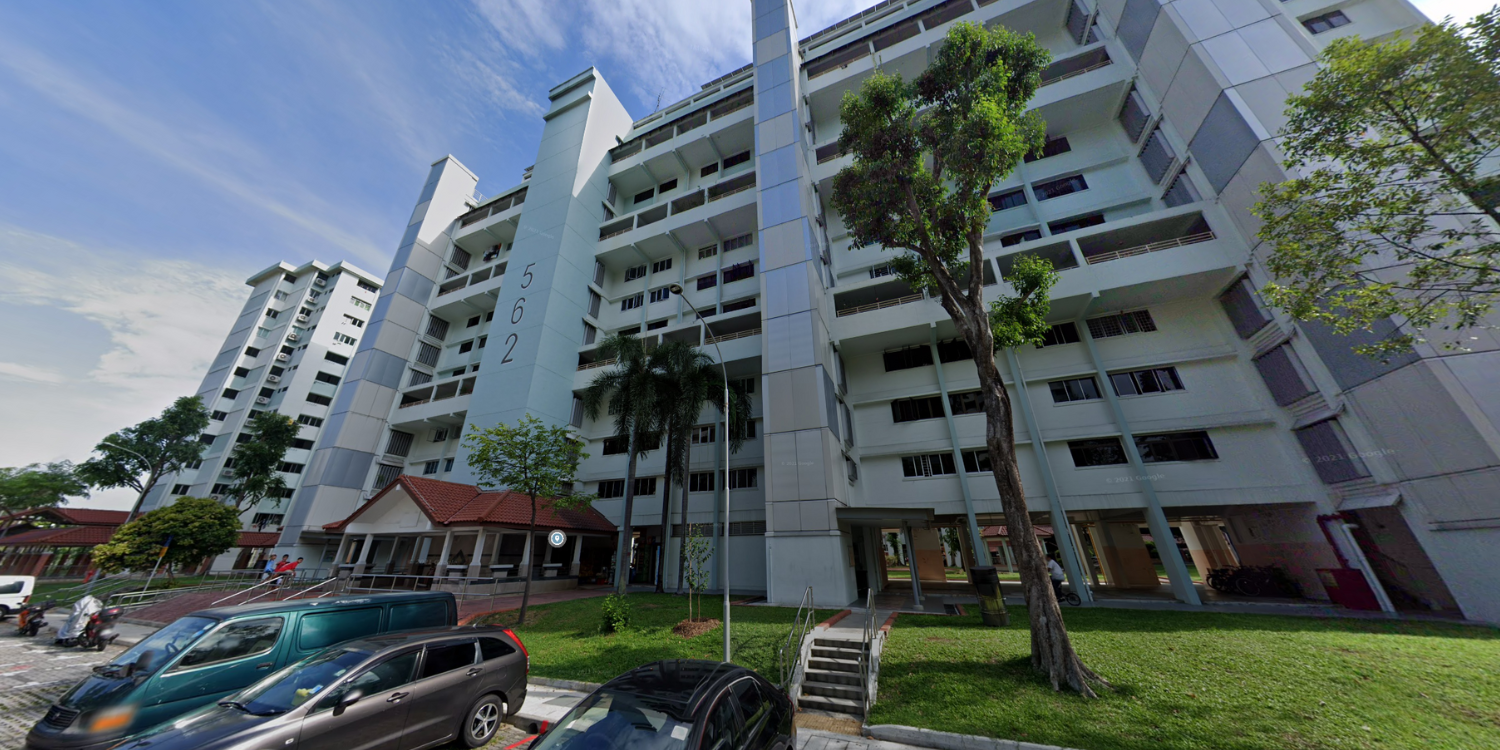 Stuck between a rock and a hard place.

A while back, the Government announced that four blocks along Ang Mo Kio Avenue 3 have been selected for the Selective En bloc Redevelopment Scheme (SERS) — the first of its kind in more than four years.

However, it appears some affected residents are now finding themselves in a difficult position due to the redevelopment project.

An elderly couple staying at one of the blocks recently shared their dilemma with Channel NewsAsia (CNA), as they are allegedly unable to afford the top-up sum for a similar-sized replacement flat.

While residents may also list their flats on the open market, the couple said there’s no certainty over the exact price that the house may fetch.

Elderly Ang Mo Kio couple claim they have to top up S$115,000 for replacement SERS flat

In the video segment, couple Teo Boon Jia and Lim Hoi Sim, who has been staying in their four-room flat for 10 years, told CNA that they’re unable to afford some costs that SERS will incur. 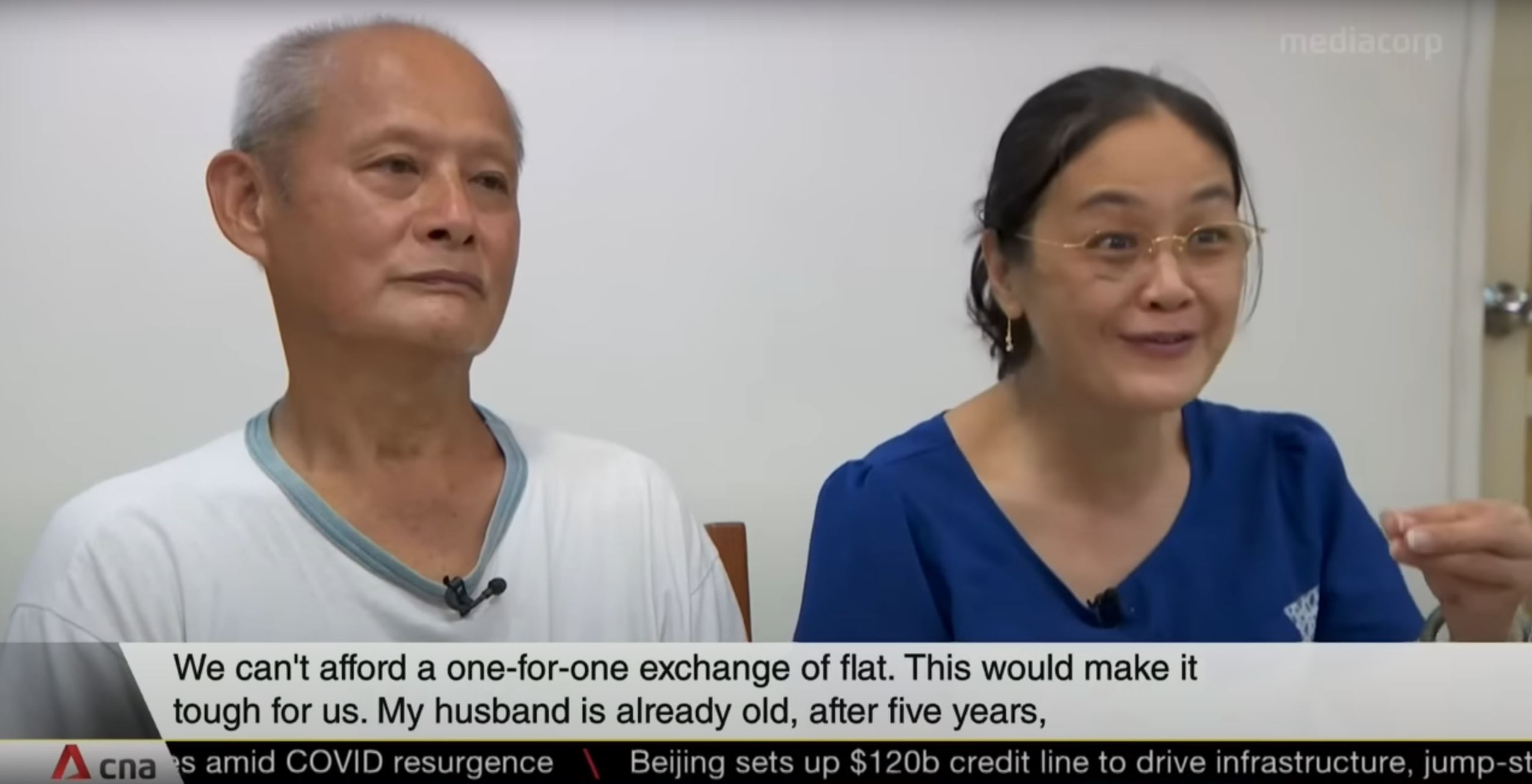 The pair now has two choices on their hands:

Should they choose the first option, the couple can expect to receive about S$450,000 in compensation, according to a financial guide. 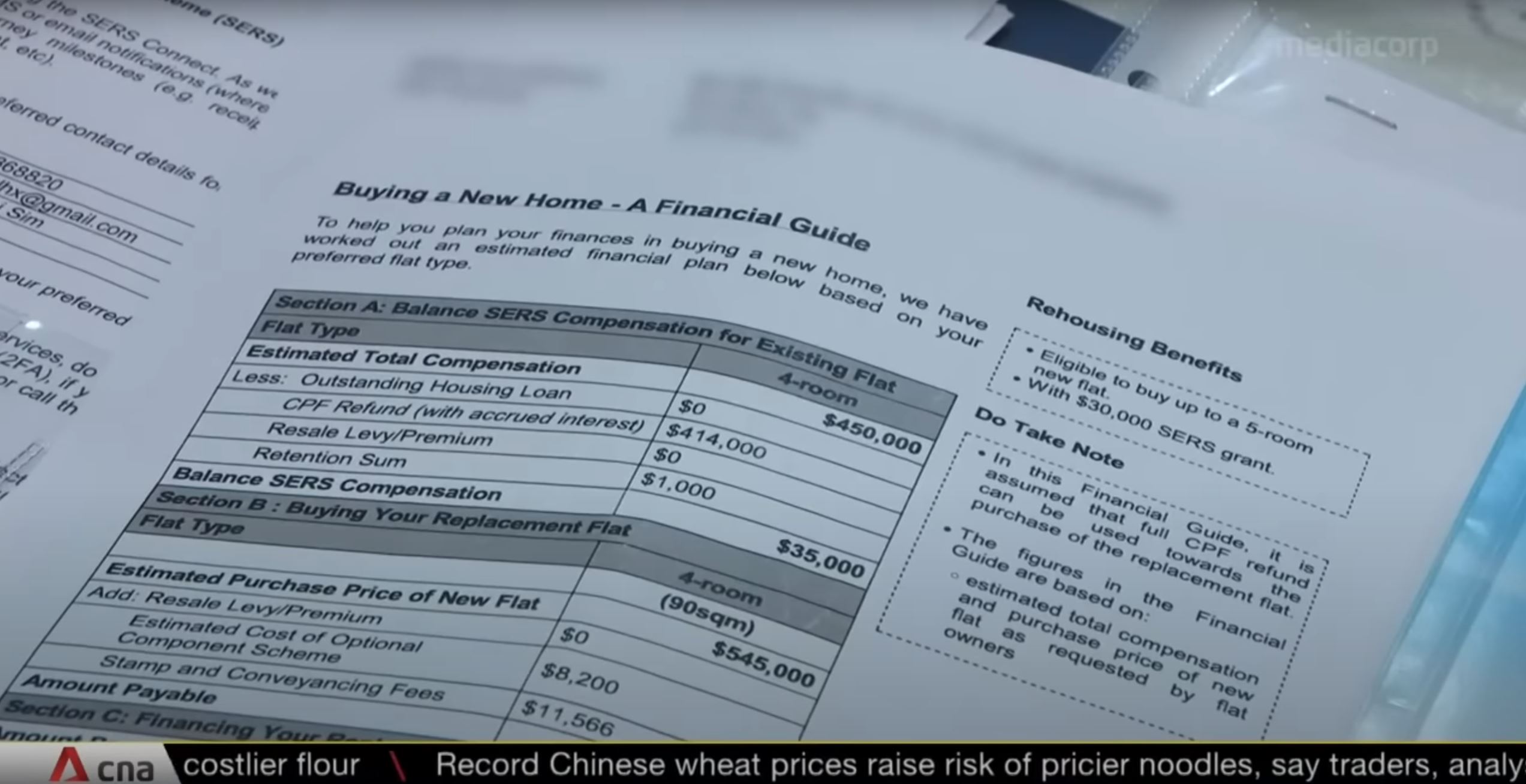 However, a replacement SERS flat of a similar size and on the same floor could cost them about S$565,000. This means that the couple would have to fork out an extra S$115,000 to afford the option.

Bemoaning the lack of a 1-for-1 exchange, Mdm Lim shared the family’s financial woes with CNA. Since Mr Teo is in his senior years, Mdm Lim pointed out that he probably won’t be able to continue working in the next five years to afford the home loans.

Another resident’s daughter, Ms Tee, later explained that her father has to top up roughly S$70,000 to afford a SERS flat as he apparently does not have enough funds in his retirement account.

Uncertain how much flat will fetch on open market

Mr Teo and Mdm Lim may consider selling their flat in the open market, where there’s a chance of fetching a higher price.

If that works out, they could afford a resale flat in the open market.

But if the selling price is too low, they won’t be able to afford a similar 4-room flat in the area. This would then present a dilemma in which the couple can neither afford,

Addressing the situation, Huttons Asia’s research director Mr Lee Sze Teck told CNA that most residents at the affected flats have likely retired, and may not qualify for a loan.

Hence, they may find it more appealing if they could ‘exchange’ their flats with new ones, so they won’t have to take up a new loan or fork out extra crash.

Mr Jay Tan, a property agent, also said that homeowners would have to ‘downsize’ their flat if they do not wish to “carry any debt in the process”.

In the video, CNA mentioned that HDB will disclose the exact compensation amount for residents in Q4 2022. They will also be engaging officers to provide residents with assistance.

Earlier in April, four HDB blocks in Ang Mo Kio were selected for the first SERS project in more than four years.

Owners of the affected flats will have the choice of moving to replacement flats located nearby at Ang Mo Kio Drive where units ranging from two-room flexi to four-room flats are available.

Construction of the replacement flats is expected to begin in Q3 2023 and is slated to complete in 2027.

Hope authorities will help to find an agreeable solution

Given the prices of homes in Singapore, it’s only natural for affected residents to be concerned about not being able to afford a flat.

We hope the authorities will provide assistance to these flat owners and do their best to allay their fears and find them a new house that they can afford.