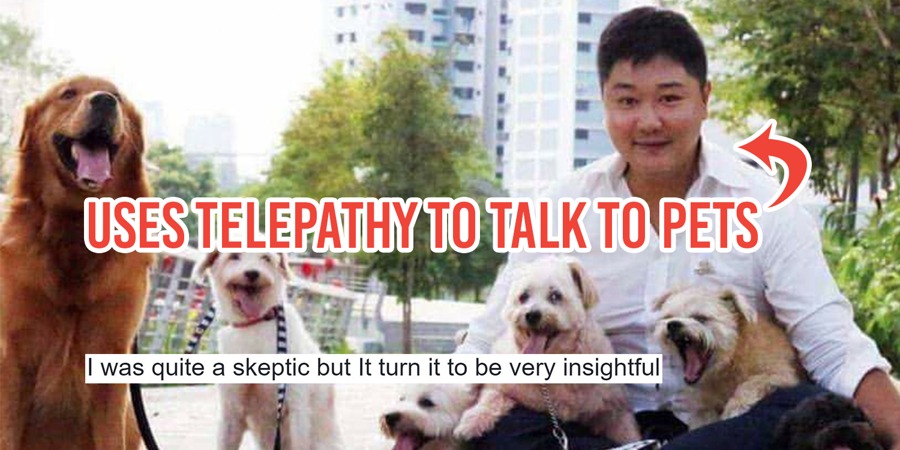 “Animal Communicators” Develop Telepathy With Your Pet To Converse With It

People who have always wanted to know what animals are thinking need look no further than self-styled “animal communicators”.

Animal communicators claim they can speak telepathically to pets to find out their needs.

While this service raises eyebrows in many quarters for its unknown scientific grounding, its hefty price tag (easily over $100/session) shows that there are people willing to pay through the nose for it.

According to Mr Ezekiel Ong, who has 4 years of experience with animal communication, telepathy occurs with connection and love. 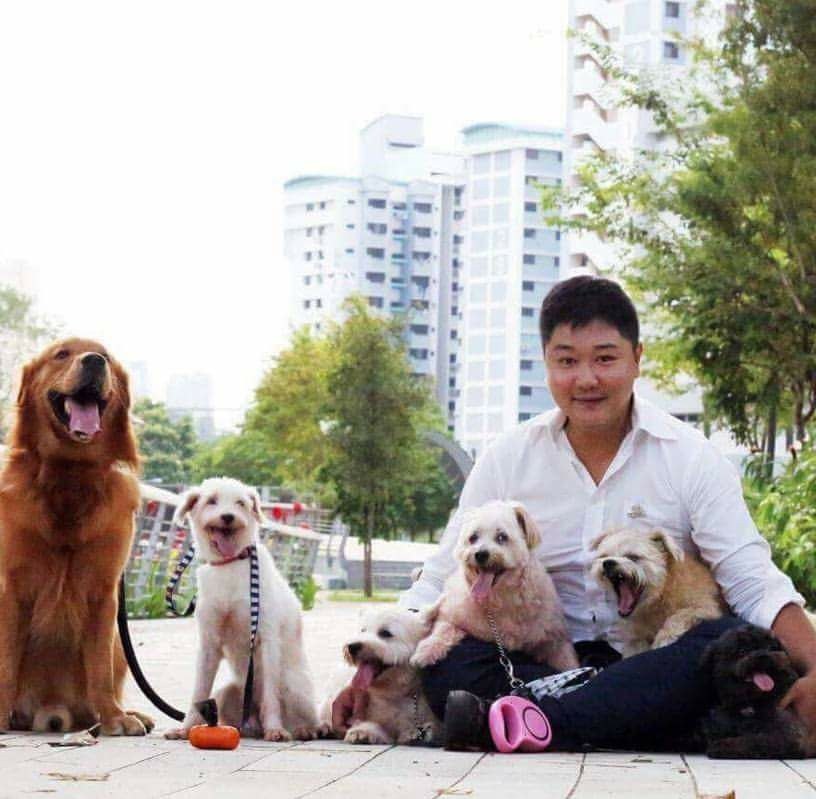 First he meditates, then he “connect[s] with the animal telepathically on the basis of love”.

Thereafter, he can start to converse with it.

The process is the same whether the consultation is carried out in person, or via text messages.

People who think they have benefited from animal communication have come forward to share their stories.

They speak of how communicators have successfully made them more aware of the pets’ needs, such as fears, final wishes and even physical illnesses.

On top of that, they are “dumbfounded” at how accurate some communicators can be.

Max was a 16-year-old dog who was vomiting and whose kidney was failing.

The vet’s advice was that Max be hospitalised.

Max’s owner engaged Mr Ong to get the dog’s opinion, and discovered that Max wanted to go home instead of staying in the hospital.

Mr Ong also helped convey Max’s last wishes to the family, which included going on walks and having a birthday cake.

The telepathy helped the owner be “more certain of what [his] dog want[ed]” to “not put [the dog] into misery before [the dog] passed on”.

One day, the 14-year-old Maltese stopped eating and drinking.

Its owner brought it to a vet, but the problem persisted.

So the owner engaged Mr Ong to see if he could ask whether her dog was “feeling okay”.

The dog apparently told Mr Ong that it was “feeling pain in [its] gastric and also there’s tons of stomach gas”.

Scans later done by the vet revealed that the Maltese had an inflamed pancreas.

Through the animal communication session, Sisi also managed to make her owner stop feeding her so much health food.

Sisi complained that her food could get “too boring” because the owner gave her brown rice porridge with brussels sprout, carrot and minced pork in the interest of her health.

3. Mini – all her wants satisfied

Like any other pet owner, Mini’s paw-rent wanted to know everything from why the dog bit things around the house, whether it felt cold at night, and what its favourite toy was.

Mini’s owner sure got her answers.

Apparently, Mini was still teething when its owners thought its teeth were fully grown.

Thus they had taken the dog’s cooling minty treat away.

But this only made the dog want to bite plastic and wood instead.

So Mini’s owners bought the dog a wooden dog toy and it has since stopped biting furniture around the house.

Furthermore, Mr Ong found out that Mini wanted to wear clothes at night as it slept on its cooling mat.

The owner was shocked that Mr Ong could discover that Mini’s sleeping area was cold through telepathy.

And Mr Ong helped the owner realise that Mini liked playing tug-of-war with a string, more so than enjoying her new toy.

Natalie Chan, a communicator with 5 years of experience, found out about Piper’s poor dental health through telepathy.

Prior to that, the owner had not informed Natalie of the problem.

One owner said that she adjusted her sleeping area based on the recommendations of Ms Amy Li, another well-known animal communicator.

According to the owner, the cat seemed much happier as it had stopped biting her other pet.

Does it really work?

Of course, there are people who are unconvinced.

The principles behind telepathy are not explained by science – yet.

And the practice smacks of methods that we have viewed primarily in terms of sheer belief, such as geomancy and astrology.

But some are willing to give it a shot.

I do think there’s some truth to it. We can’t limit ourselves to science.

You can do it too

Animal communicators are keen to share their skills, with a number of workshops held.

Ms Lim’s workshop was held just last month. But don’t worry, there is an upcoming one by Mr Ong, which will be held on 6th November. 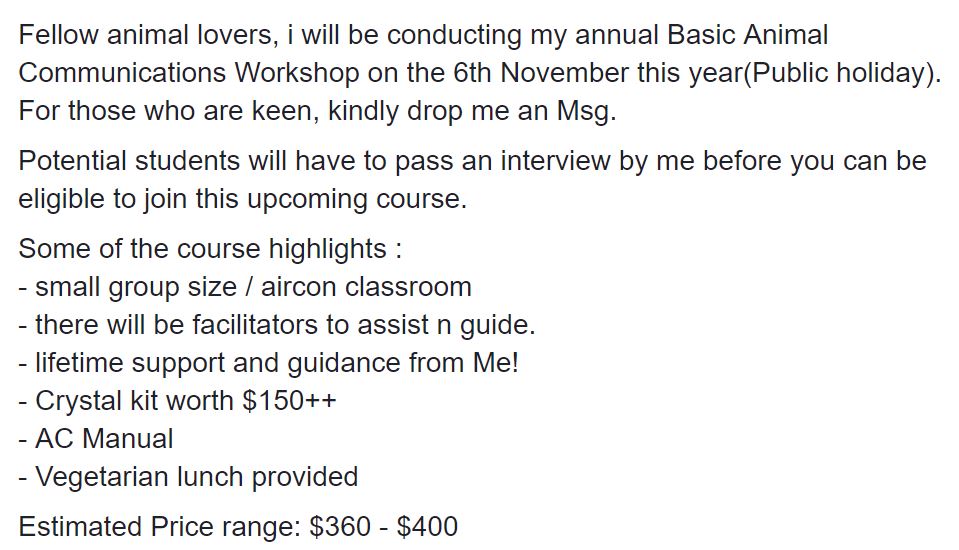 It’s not easy to be an animal communicator, really.

Mr Ong requires you to pass an interview before you can join his course.

That’s on top of the approximately $360 to $400 you have to pay – but you get lifetime guidance and support from him thereafter so it might just be worthwhile if you don’t manage to pick things up within a day. 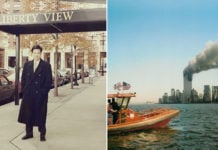 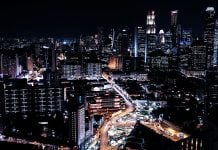 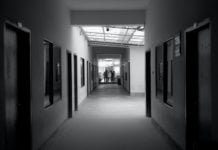