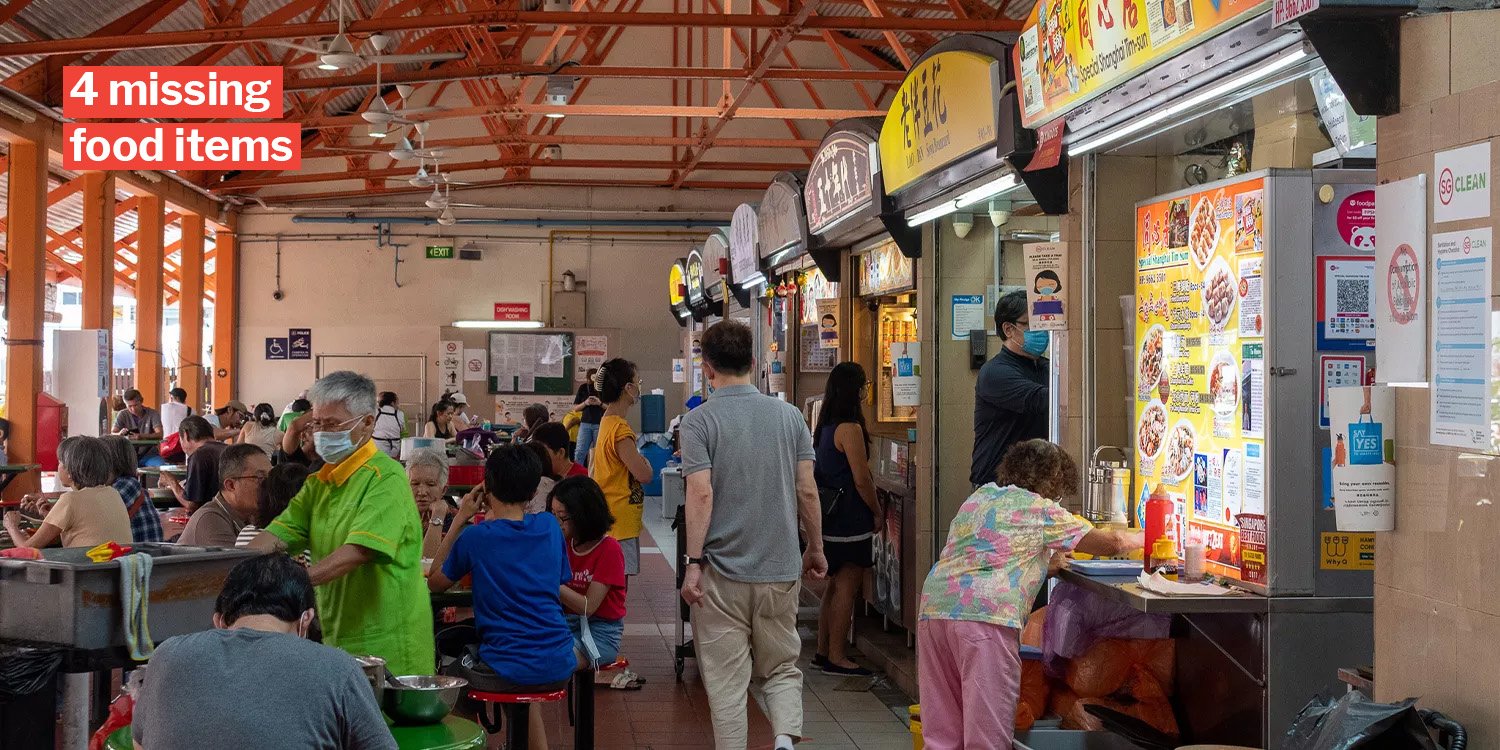 The order was packed without 4 food items.

Food delivery riders often work rain or shine to fulfil orders, but are largely not in control of what they actually send — that’s more a matter for the coordinator as well as the F&B establishment.

A delivery rider in his 60s decided to take it upon himself to help a customer who didn’t receive their complete order, earning praise. 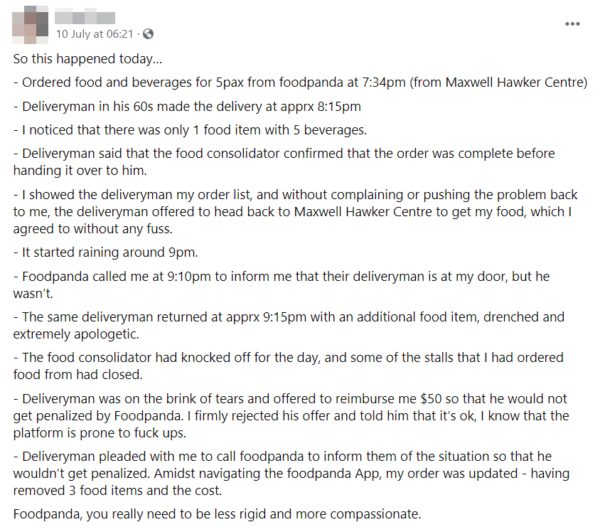 The customer shared that despite the rain and some mishaps, the rider still went back to collect additional food items that were missed out initially.

Although unsuccessful as it was already 9pm and stalls had closed, he remained extremely apologetic and the customer said it was okay.

The customer shared on 10 Jul that their party of 5 had made an order via foodpanda from Maxwell Hawker Centre. 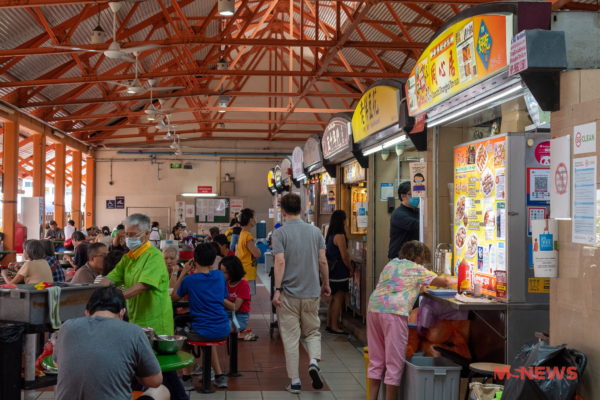 With a hawker centre order, you can order food from different stalls and they’ll be consolidated into a single delivery.

But when the delivery rider arrived at around 8.15pm, there was apparently only 1 food item and 5 beverages delivered.

When asked about this, the rider said the food consolidator had confirmed the order was complete before handing it over.

The order turned out to be incomplete, and when the customer showed the rider their order, he took it upon himself to return to Maxwell Hawker Centre.

The customer agreed to this.

At around 9pm, it began to rain.

The delivery rider came back at 9.15 pm with only 1 additional food item but was also drenched and “extremely apologetic”.

Apparently, a variety of circumstances had gone against them.

The food consolidator had knocked off. Meanwhile, some stalls which the customer had ordered from were closed.

On the brink of tears, the delivery rider offered $50 to the customer as he was afraid of a penalty. After all, the customer ended up not receiving their full order.

But the customer rejected his offer and told him that it’s okay. She didn’t blame him for the mishap.

But the rider was still concerned about possible penalties and so asked the customer to contact foodpanda regarding the situation.

That was when she realised the order was updated to remove 3 food items which weren’t delivered, as well as the cost.

Netizens had praise for the rider who went out of his way to complete the order even though he was not responsible for the mishap.

And if you must know, the customer did give him a tip, although she said it wasn’t the point of sharing the post.

Some also praised the customer for having compassion for the rider.

Others felt sad that the rider was so apologetic even though it wasn’t his fault.

Kudos to rider for going extra mile for customer

Sometimes when mishaps occur, the 1st tendency may be to blame the person who shows up at the door, even though they’re only responsible for ferrying the order.

But customers need to know that the rider usually isn’t responsible if the order is missing items.

Kudos to the rider for going the extra mile, even getting drenched for his efforts, as well as the customer for being understanding of the circumstances.

We hope there’ll be more of such compassion shown to our riders.