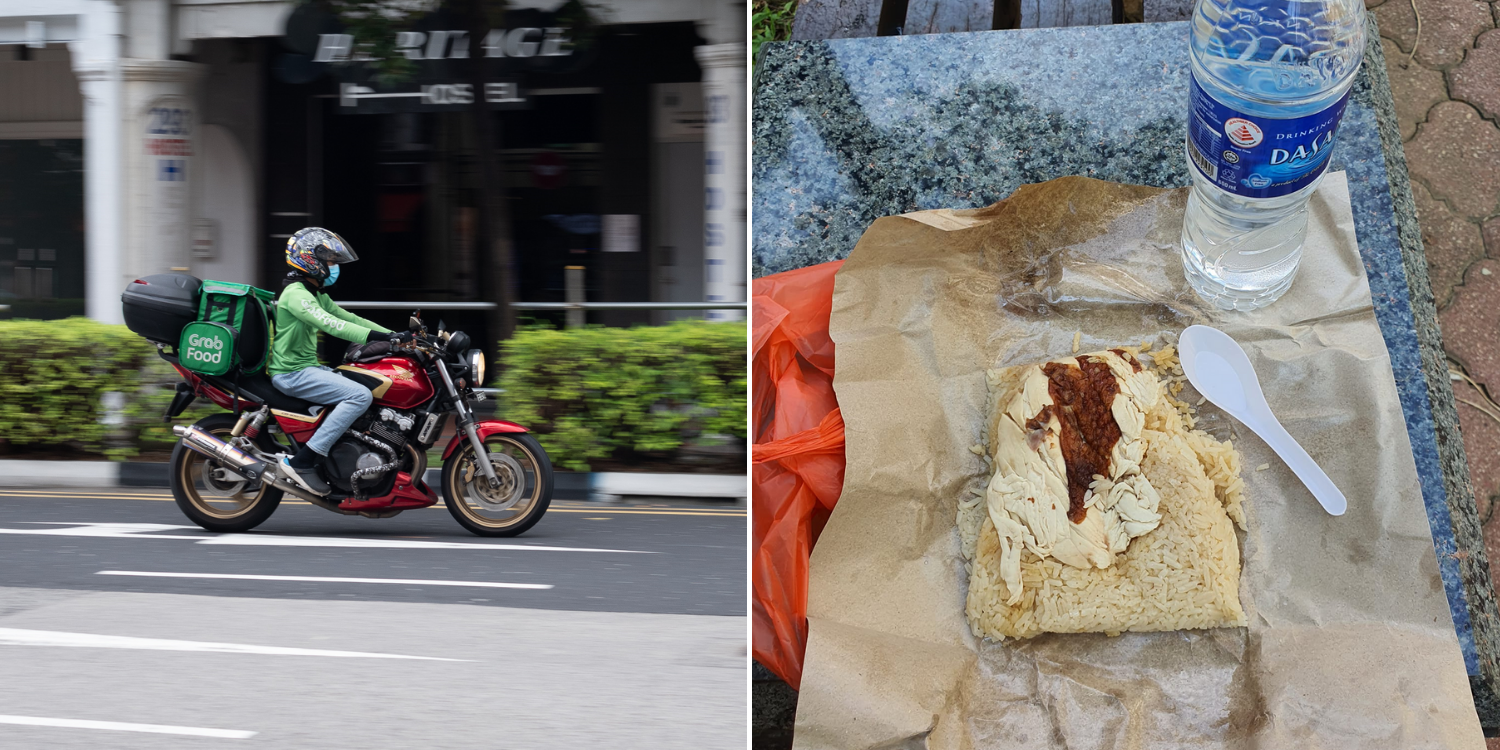 It’s been 3 weeks into Phase 2 Heightened Alert. Many of us have delivery riders to thank for being able to enjoy ready-made meals.

To show their appreciation, some give back to the community by offering free meals to delivery riders.

After being on the receiving end of such a kind gesture, a rider took to Facebook to express his gratitude. 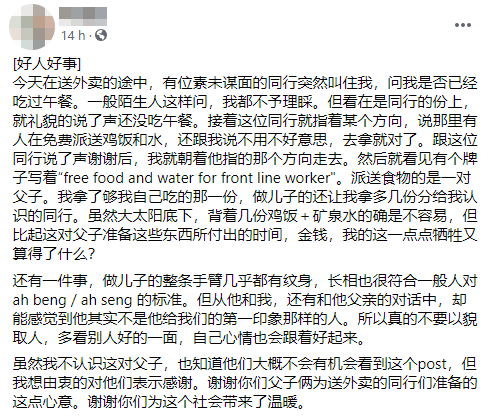 He thanks the father-son pair for bringing warmth to the community amidst trying times. As his post is in Chinese, we translate and summarise it below.

On Sunday (6 Jun), Mr Huang – surname directly translated from Chinese – was in the middle of his delivery shift in Woodlands.

After realising that Mr Huang hadn’t had lunch yet, a fellow rider pointed him towards a direction where people were handing out free food.

That’s when he saw a father and son giving out chicken rice and water. Next to them is a banner that says ‘Free Food and Water for Frontline Workers’.

Handing him a packet of chicken rice and a bottle of mineral water, the son apparently gave Mr Huang extra shares to pass on to more riders. 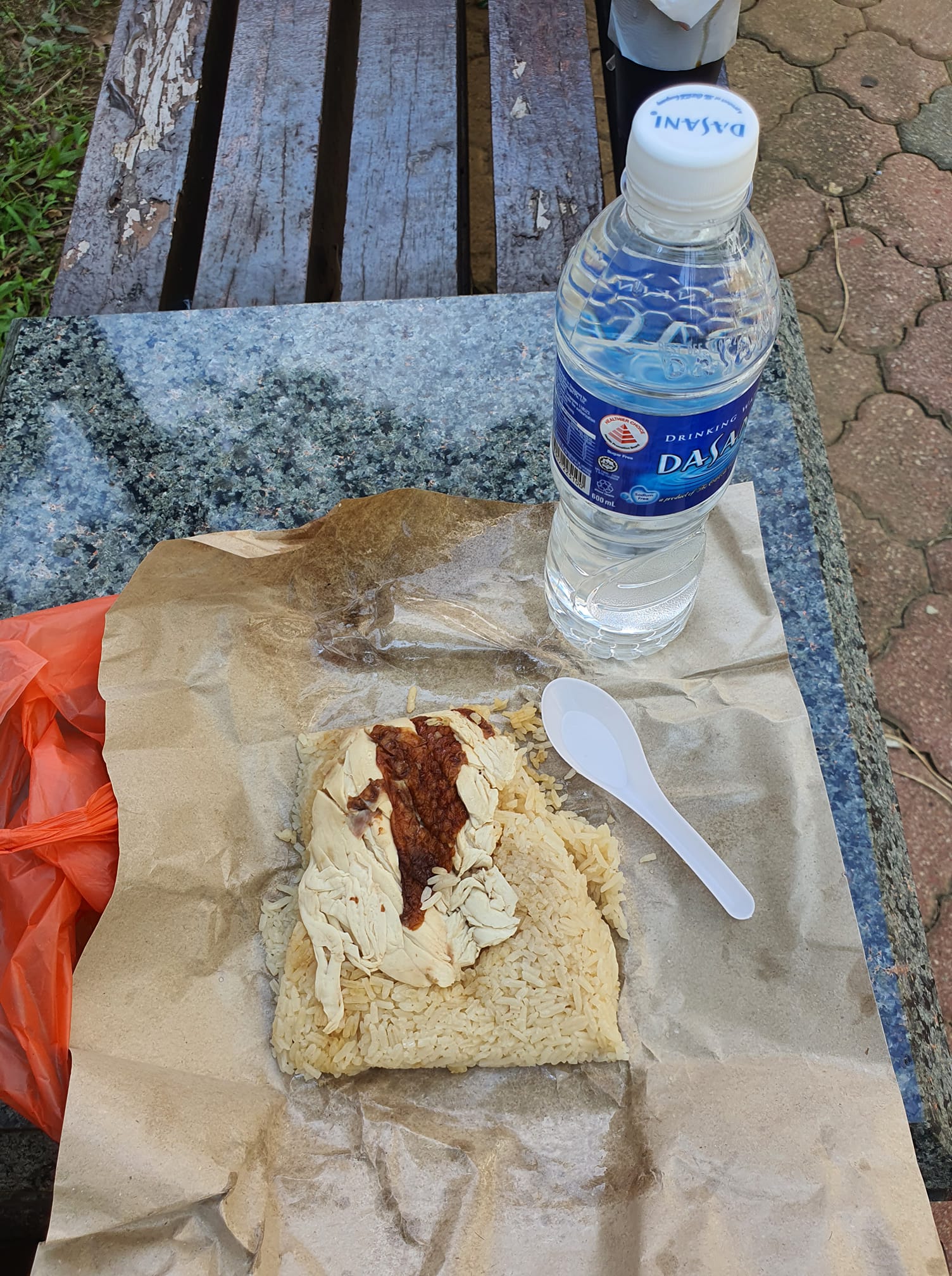 Considering the thought and hustle that go into the father and son’s selfless gesture, Mr Huang agreed to the son’s request so more riders can benefit from the initiative.

Shouldn’t judge a book by its cover

The rider also shared that the son has a tattoo-covered arm, a feature that normally gives off an ‘ah beng‘ vibe.

But contrary to first impressions, the rider found that the exchanges with the son – as well as those between him and his father – revealed otherwise.

Mr Huang wrote that the son has respectable mannerisms that are nowhere near those of ‘ah bengs‘, which dawned on him that one shouldn’t judge a book by its cover.

Focusing on the good in others makes us happier people too.

As such, he wishes to thank the father-son duo, as their gesture means a ton to delivery riders.

Hats off to the father-son duo

Providing essential services while most enjoy the comfort of being at home, delivery riders certainly deserve our appreciation.

Thanks to the thoughtful father and son in Woodlands – and many similar kindhearted people across Singapore – for bringing warmth to our community.

Featured image by MS News and adapted from Facebook.