It’s not unusual for children to get themselves into trouble when they fool around too much.

In this case, a baby macaque named Plushie may had too much fun monkeying around that he got his head stuck in between a fence in Bukit Batok. 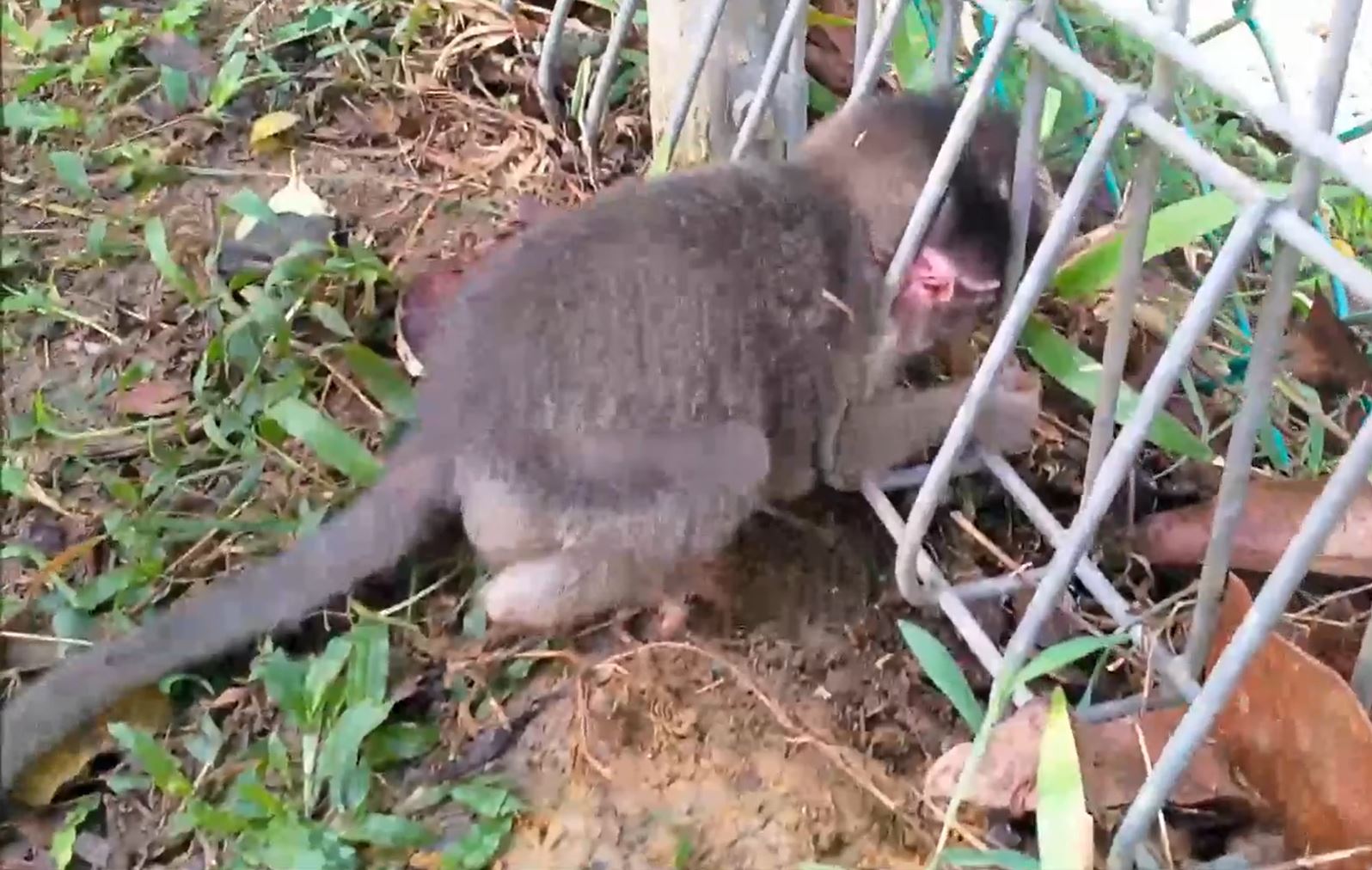 Luckily for him, ACRES – or Animal Concerns Research and Education Society (Singapore) – swiftly came to his rescue. Plushie was successfully rescued in 15 minutes.

The entire operation was recorded and uploaded to ACRES’ Facebook page on 11 Oct. You can view the video below.

ACRES told MS News that they received a call from teachers at a child development centre in Bukit Batok notifying them of Plushie’s distress.

Soon after, 3 ACRES wildlife rescue officers went to the centre to free him.

ACRES added that long-tailed macaques are commonly spotted in the vicinity of the centre as it is situated close to nature.

ACRES noted that the curious baby macaque was probably playing around with his family before he got stuck.

Plushie’s mother had been trying to rescue her curious baby when she saw that he was stuck. However, she was no match for the strong metal fence and could not get him out.

Meanwhile, the alpha male macaque sat from the sidelines observing the situation.

ACRES staff had noticed him when they arrived at the scene. Thus, they carefully approached Plushie so as to avoid startling the alpha male macaque.

Meanwhile, 2 wildlife rescue officers stood guard to ensure that the macaques did not turn defensive while another proceeded with the rescue operation.

Tried to slide him out

The staff initially tried to pull Plushie’s head out from the gaps of the fence but to no avail.

They were running out of time because the rest of the macaques were getting antsy. Even the alpha male macaque started approaching them. 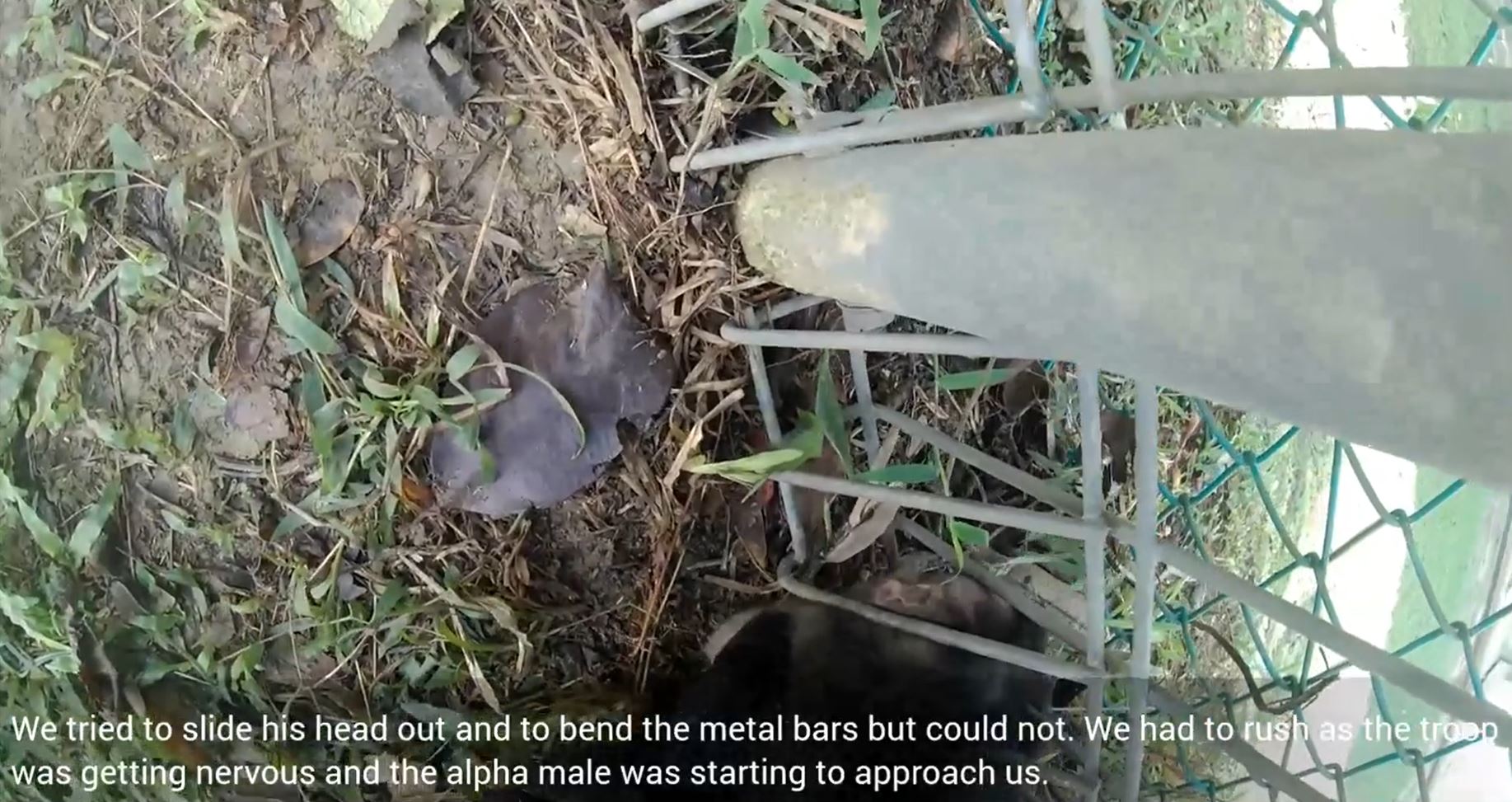 They were all worried about the baby of the troop.

Used hammer to bend the bars

In the end, the rescuers used a hammer to bend the bars around Plushie’s head, freeing him at last. 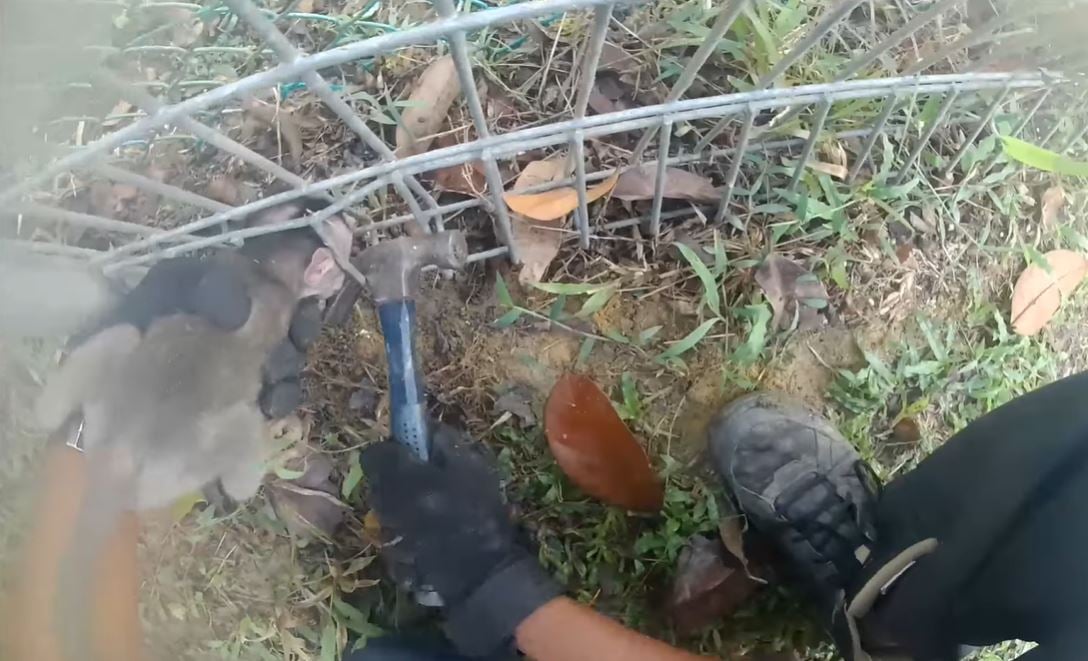 ACRES explained that in the end, they broke the welding points of the fence to free him. 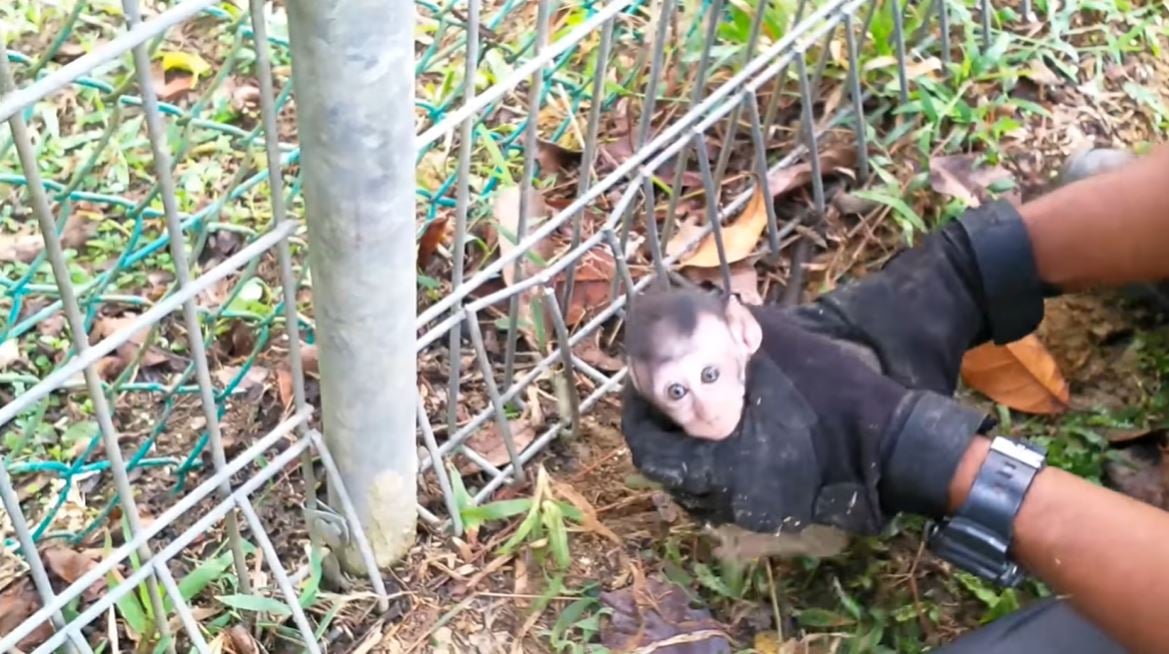 While we’re no animal expert, we’re sure that Plushie was definitely relieved when he was freed at last. 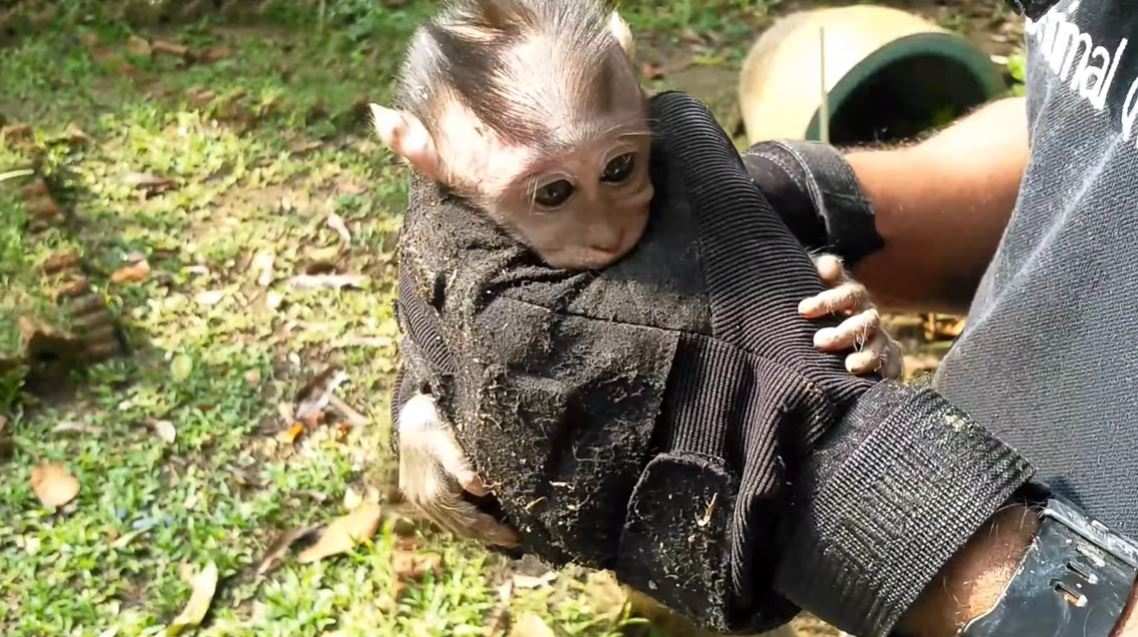 He did seem shaken by the whole ordeal though.

ACRES noted that this was the first time they had encountered a case like this.

Scurried back to anxious parents

After the rescue, Plushie immediately climbed up the fence to join his parents who were waiting anxiously for him. 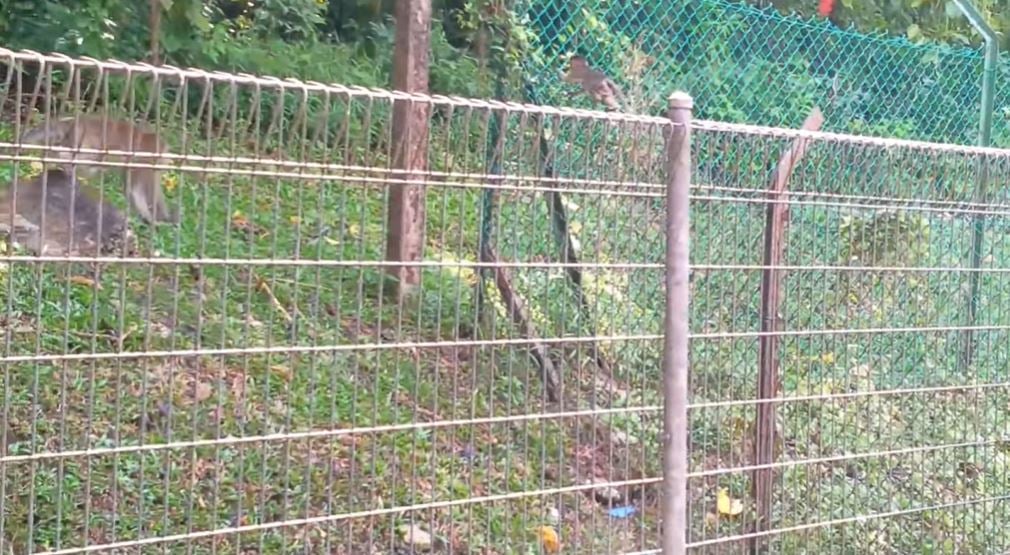 We’re glad that Plushie was not harmed during the rescue too — all’s well that ends well.

Hopefully, he won’t be up to any mischief anytime soon.