2 S’poreans Pull Stranded M’sian’s Bike On PIE To Petrol Station, Even Pay For His Fuel

Solidarity between people as we get through these tough times.

Malaysians working in Singapore haven’t had an easy time during the Covid-19 outbreak, as both countries are experiencing lockdowns.

However, one Malaysian working here, G.K., felt first-hand the hospitality of Singaporeans as a guest worker when his bike stalled along the Pan-Island Expressway (PIE) on Saturday (25 Apr).

After helping to pull his bike all the way to a petrol station, they even paid for his fuel! 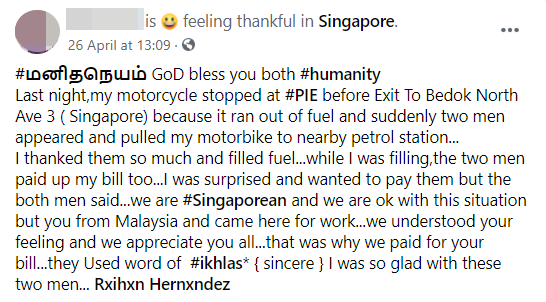 G.K.’s bike had run out of fuel right before the exit to Bedok North Avenue 3, and so couldn’t carry on his journey.

While stranded, 2 Singaporeans, also on motorbikes, came up to him and offered their help.

With their combined efforts, they managed to pull G.K.’s bike to a petrol station nearby.

G.K. profusely thanked them, as without their help, he’d probably be stranded along the expressway for quite a while.

But their kindness didn’t stop there.

Since he’d reached the petrol station, G.K. proceeded to fill up his bike with the fuel it so sorely lacked.

However, the 2 men were still with him then. And in an act that surprised G.K., they went and paid for his fuel as well. 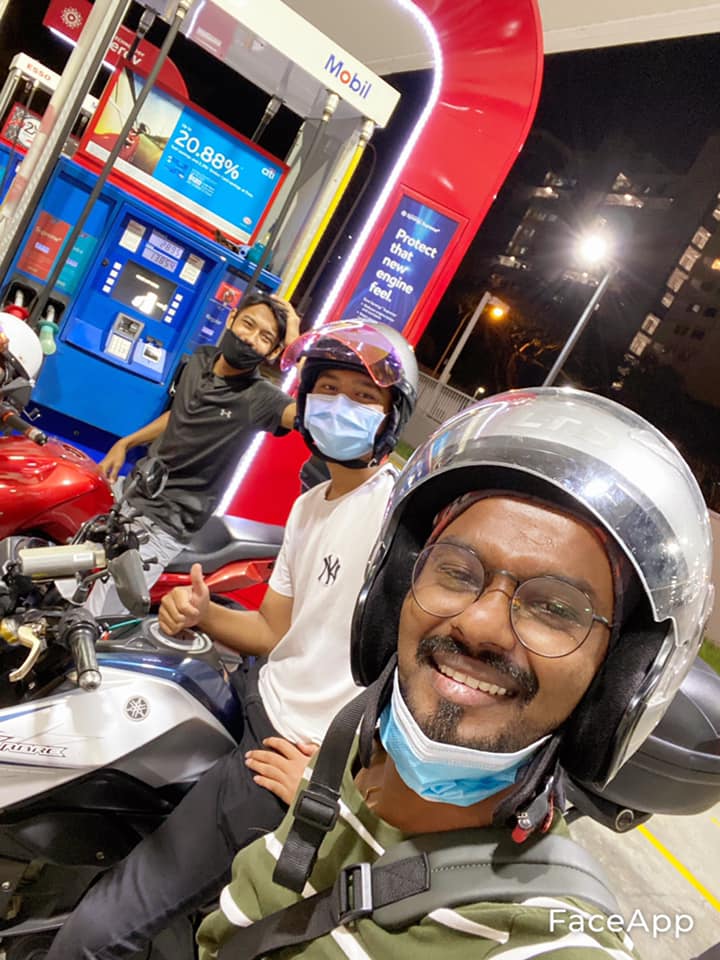 Singaporeans are often accused of being apathetic and more prone to pointing cameras at others instead of helping, but we certainly can’t accuse these 2 kind souls of any apathy.

Shocked, G.K. offered to pay them back but they waved him away.

We are Singaporean and we are ok with this situation but [you’re] from Malaysia and came here for work… we [understand] your situation and we’re [very appreciative of] you all.

Apologies, there’s a ninja cutting onions at the moment.

Help others out if they’re in need

Many of us can only imagine what it’s like to be separated from friends and family while still having to work to make ends meet during this trying period.

So to have such kind souls walking and working among us is truly a blessing.

One of the guys who helped out had this to say:

Regardless of race or religion, all of us can lend a helping hand to others if they’re in need. And certainly, these 2 Singaporeans must be commended for making one of our guest workers so thankful to be here.

After all, before nationality, we’re all human.