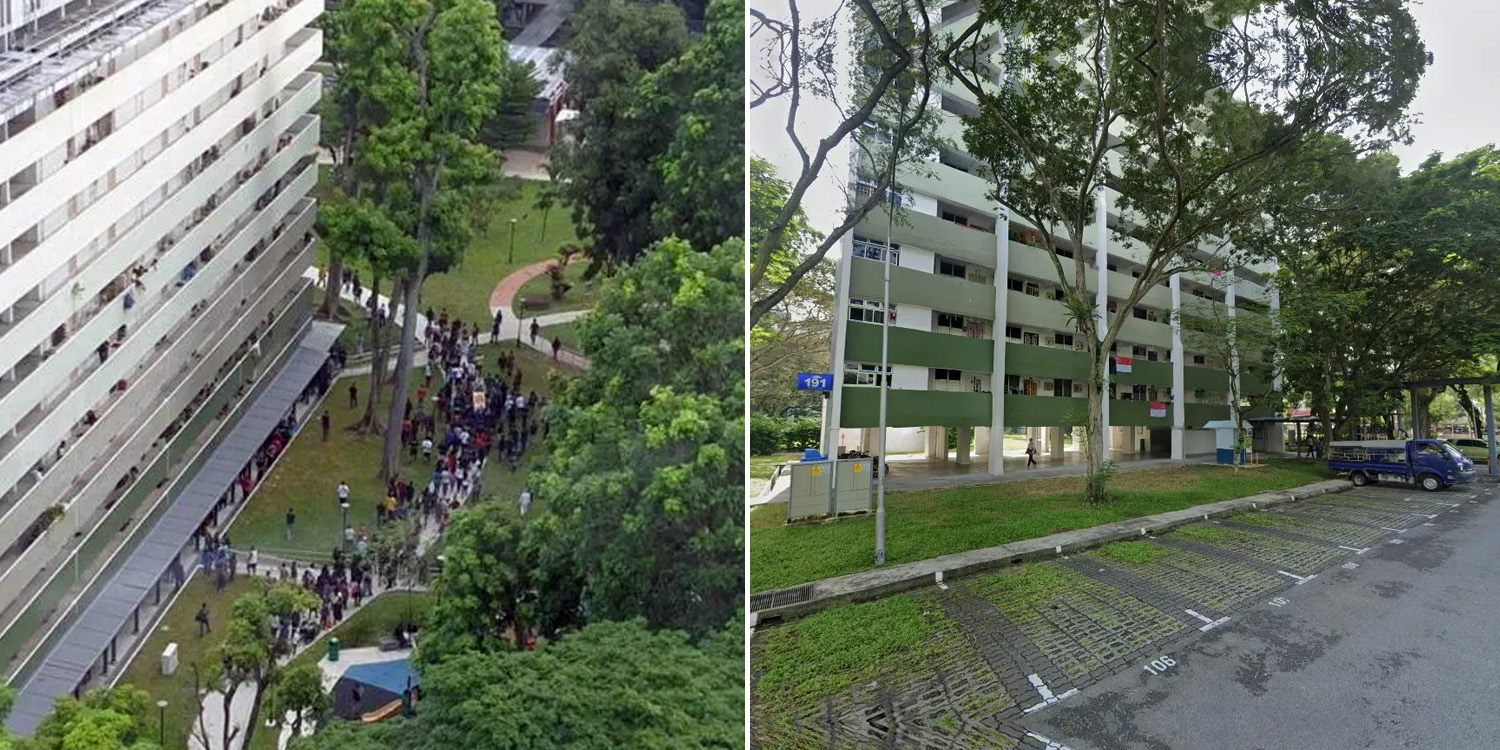 While many of us tried to adhere to Phase 2 Heightened Alert (P2HA) measures, some seemingly had no qualms breaching the rules, even in full view of the public.

On Sunday (13 Jun), nearly 200 people gathered for a funeral in Boon Lay, allegedly circling around an HDB block and chanting loudly for an hour. 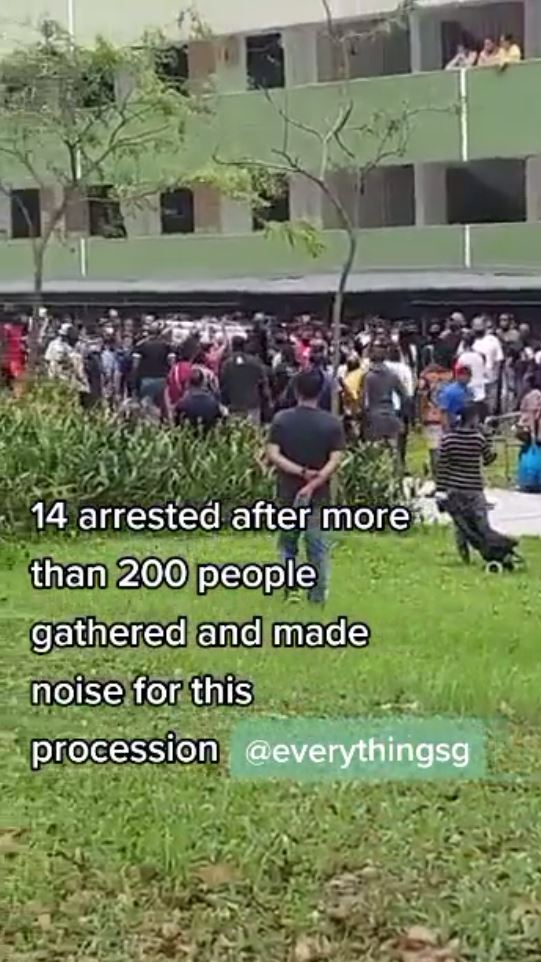 The police have arrested 14 men from the group over their gang affiliations.

Large crowd attends Boon Lay funeral, some with masks off

In clips shared on social media, a large crowd is seen surrounding a white coffin at the foot of an HDB block. 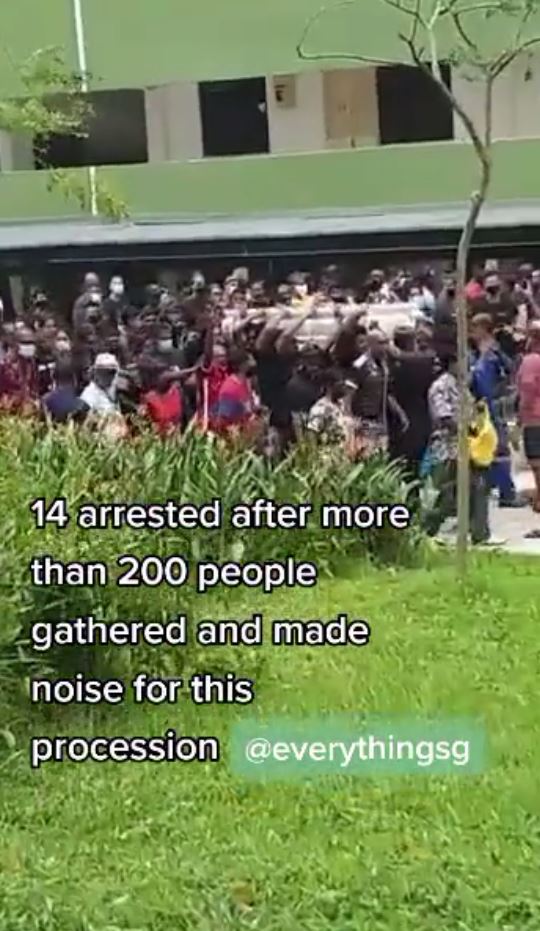 Later, the crowd can be heard chanting loudly while walking alongside the coffin as it was carried around the block. 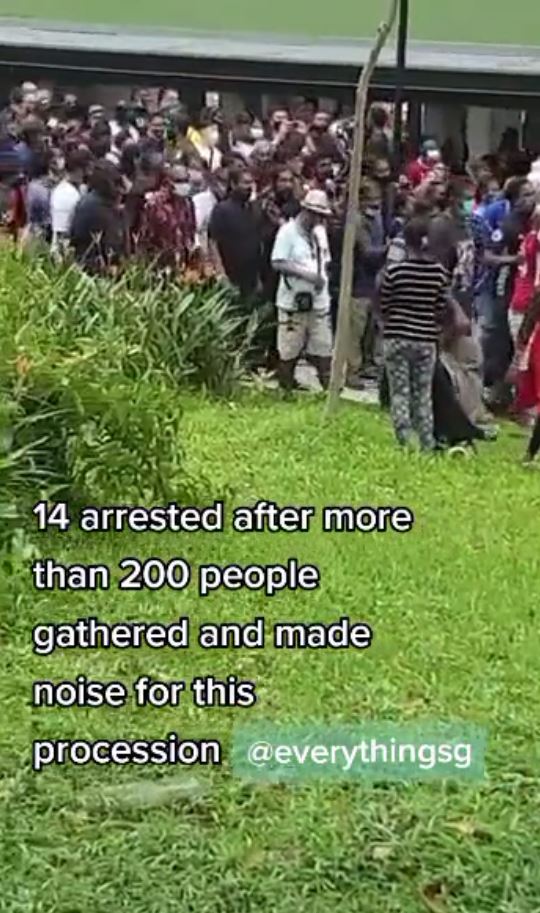 The attendees seemed to be gathering quite closely, with some not donning their masks properly or at all. 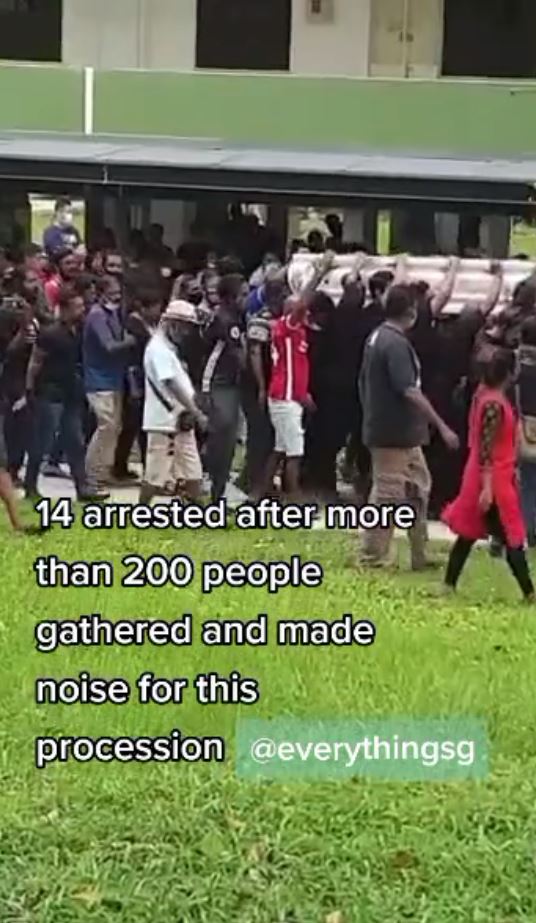 Crowd allegedly gathered from as early as 1pm

According to Lianhe Wanbao, the incident took place at Block 191 Boon Lay Drive on Sunday (13 Jun) at around 5pm. 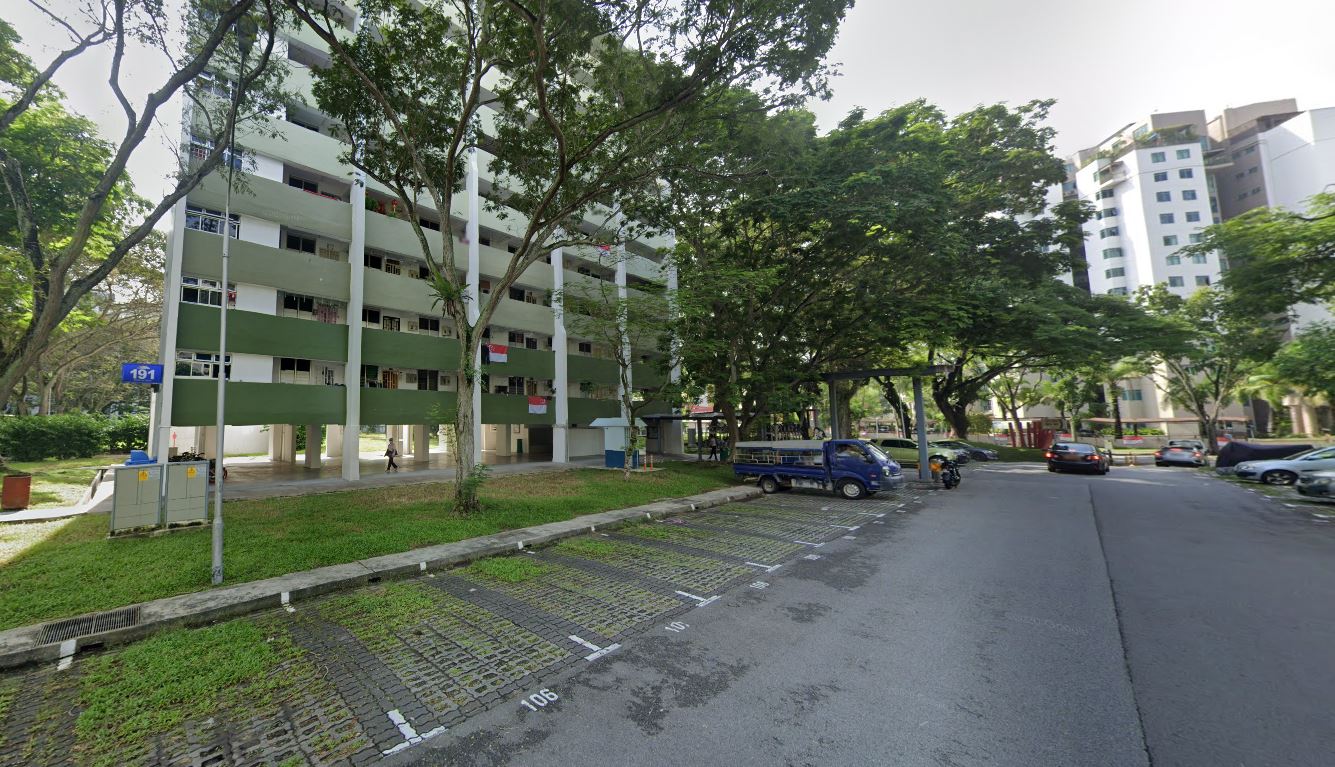 The deceased was reportedly a 43-year-old who left behind 4 daughters and a son.

Residents shared that a crowd had already gathered at the nearby playground from as early as 1pm.

Later in the evening, the crowd apparently carried the coffin and circled around the HDB block before loading it onto a hearse. The vehicle departed at around 7pm. 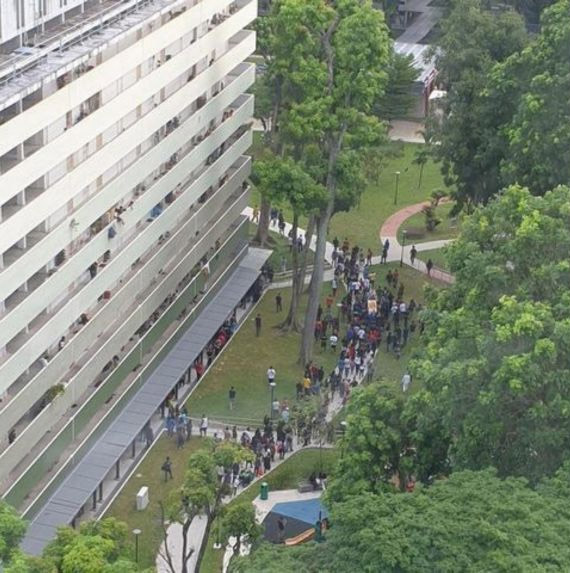 14 arrested for being suspected members of unlawful society

Channel NewsAsia (CNA) reported that police officers were later alerted to the incident. They subsequently arrested 14 individuals “for being suspected members of an unlawful society in relation to a funeral procession”.

They are also investigating potential breaches of Covid-19 safety measures during the procession.

During P2HA, 20 people can be present at a funeral at any one time, but in groups of no more than 5.

The crowd in the video, however, is at least several times larger than that.

The police also warned that they take secret society activities seriously and will not hesitate to take firm action against lawbreakers and those with gang affiliations.

Seeing a crowd gathering in the midst of a pandemic is certainly a worrying sight.

While funeral possessions are understandably important, they can continue in a safe and orderly fashion without disregarding public health.

Let’s hope that the attendees will be more considerate towards this matter, and adhere to guidelines for their own sakes too.