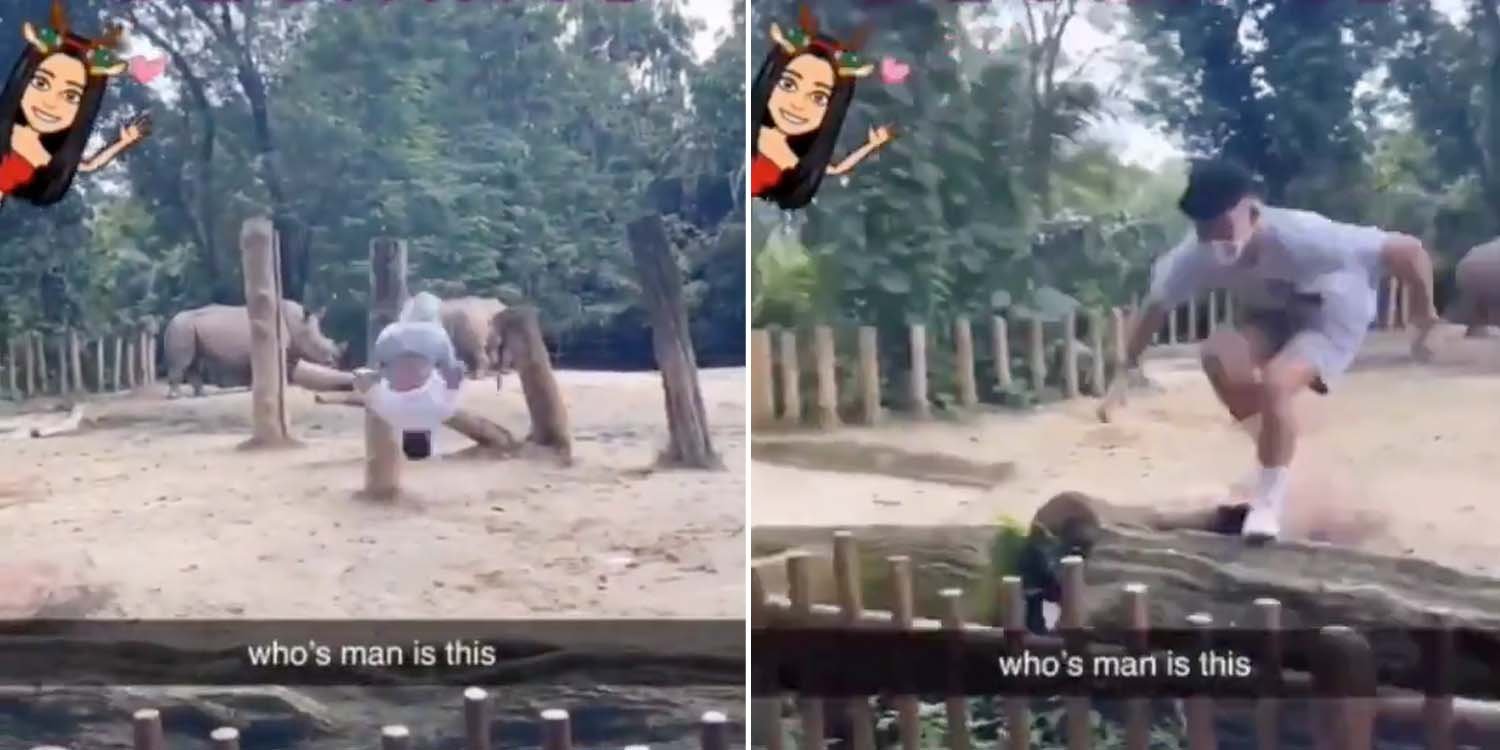 All rhino is that that's very dangerous.

WRS Condemns Boy Who Did Backflip In White Rhino Enclosure

In light of Covid-19 travel restrictions, many of us are ‘turning inwards’ during the December holidays, revisiting many of our local attractions.

The Singapore Zoo is naturally one of the most popular sites to visit. 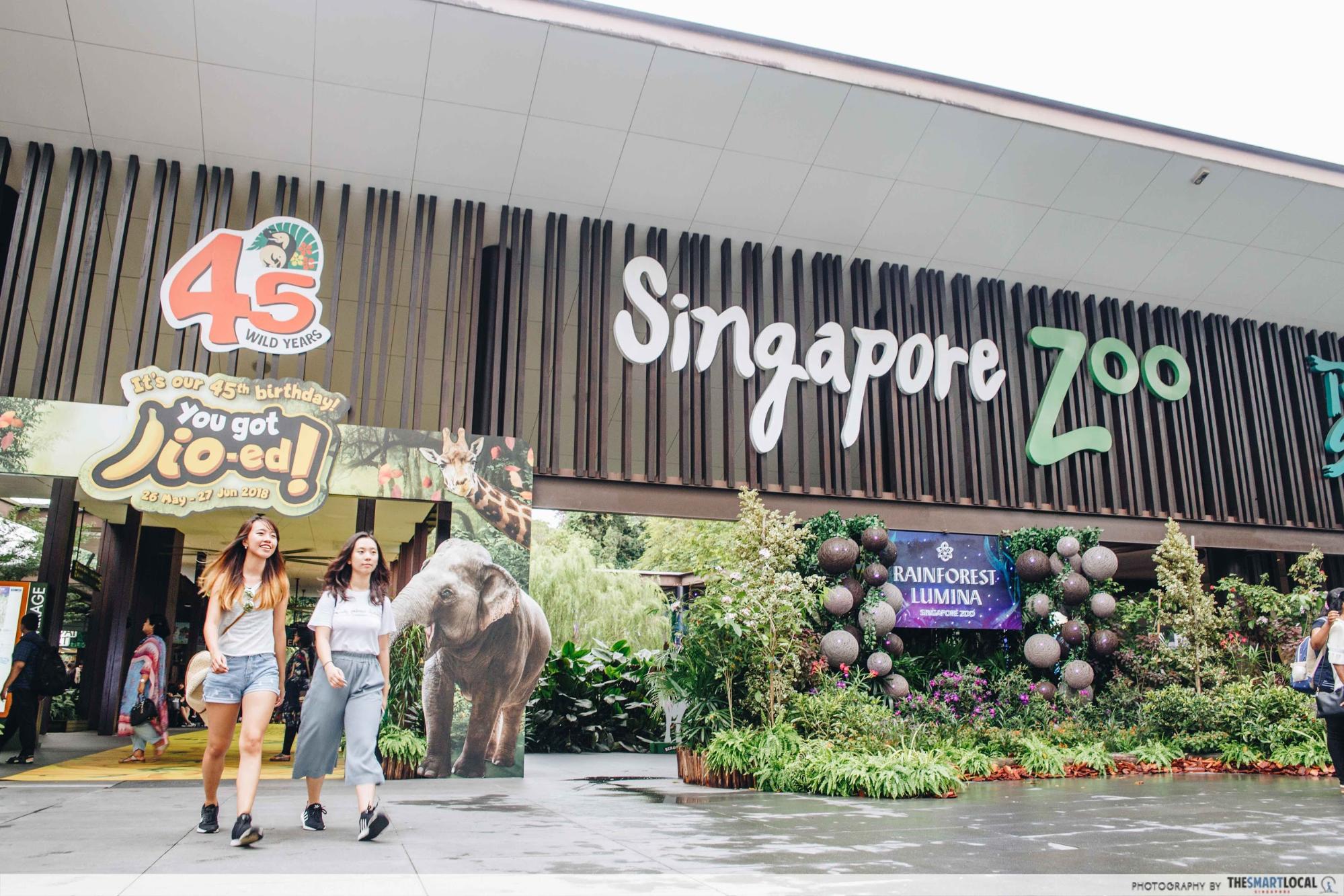 Recently, a video was shared on TikTok showing a boy trespassing into a Rhino enclosure at the Singapore Zoo and doing a backflip inside. In response,WRS said that such behaviour is reckless and irresponsible.

The TikTok video – re-shared on Twitter on Thursday (17 Dec) – starts off with a guy on what appears to be a tram at the Singapore Zoo. 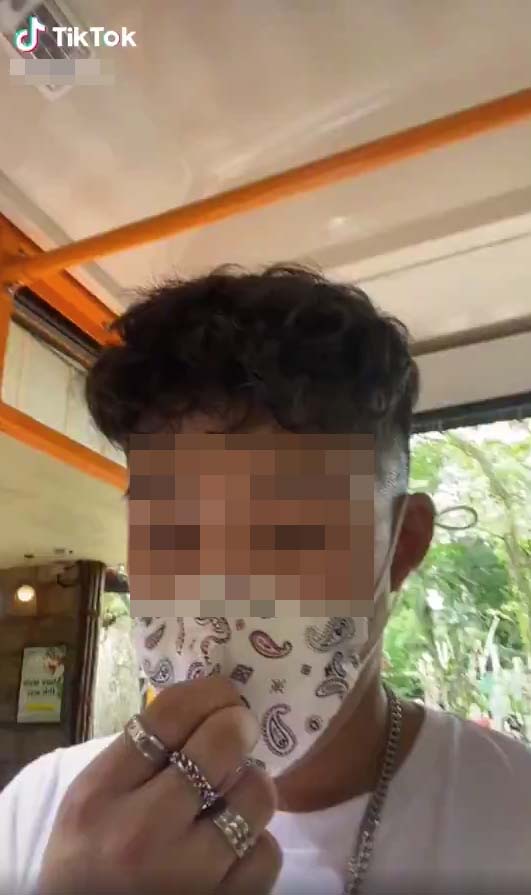 The clip then cuts to footage of the teenager running into the White Rhino exhibit, with a few of the horned creature in the background.

Without warning, he then does a backflip while inside the muddy enclosure.

After which, he promptly ran out of the enclosure and jumped over the fence. 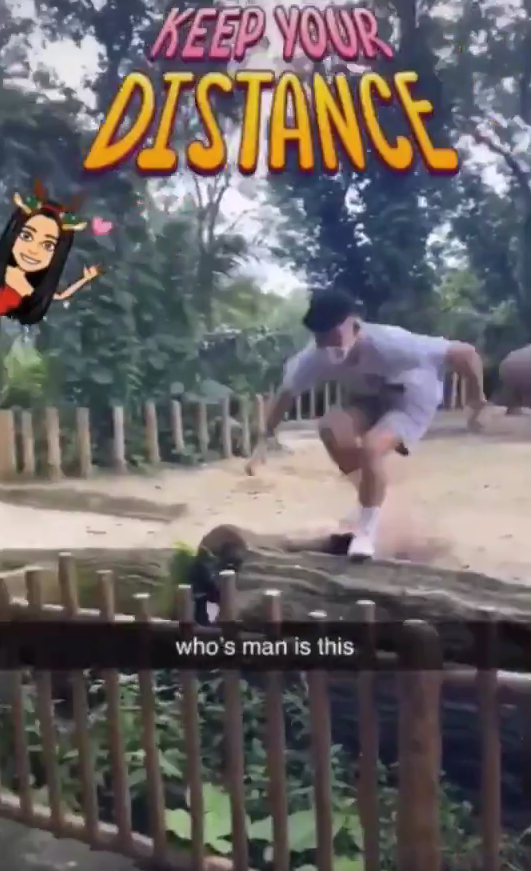 On Friday (18 Dec), WRS took to Instagram to address the matter.

Acknowledging that the boy had trespassed and encroached into the White Rhino exhibit, they described it as being a “reckless and mindless act”. 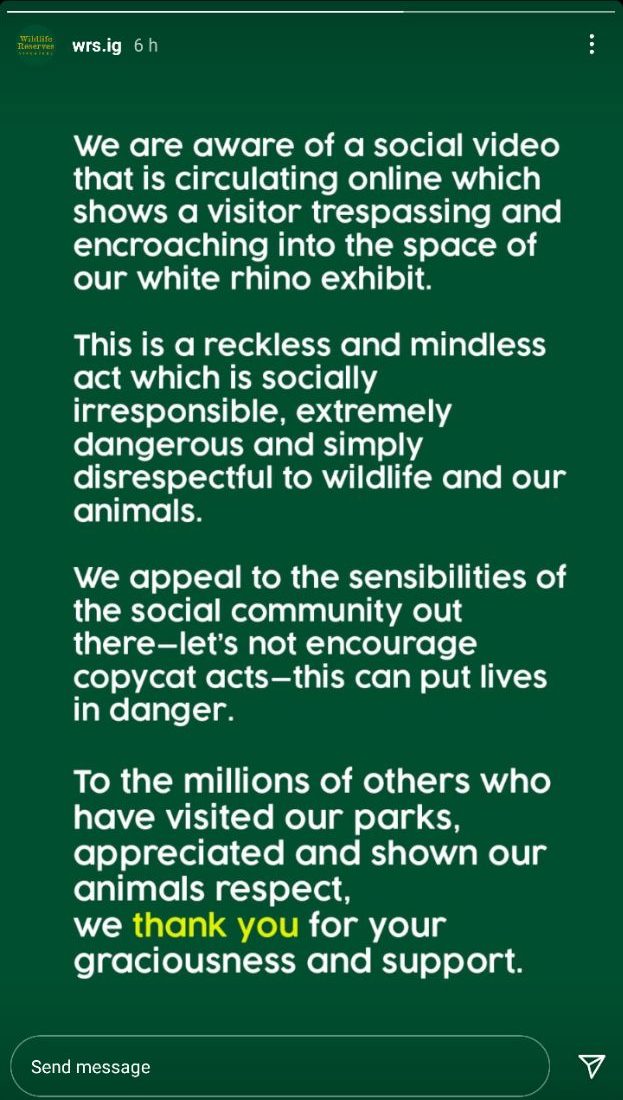 They condemned the boy’s behaviour, saying that it is not only socially irresponsible but also very dangerous.

At the end of the day, it is also a display of disrespect to the animals.

WRS then asked the public not to encourage such acts as they put lives in danger.

Many youths today seem emboldened and go to great extents for clout on social media.

While we’re glad that the boy managed to come out of this incident unscathed, this might not always be the case.

Hopefully, it’s a lesson for everyone to be responsible in public spaces and to think carefully before committing such dangerous acts.