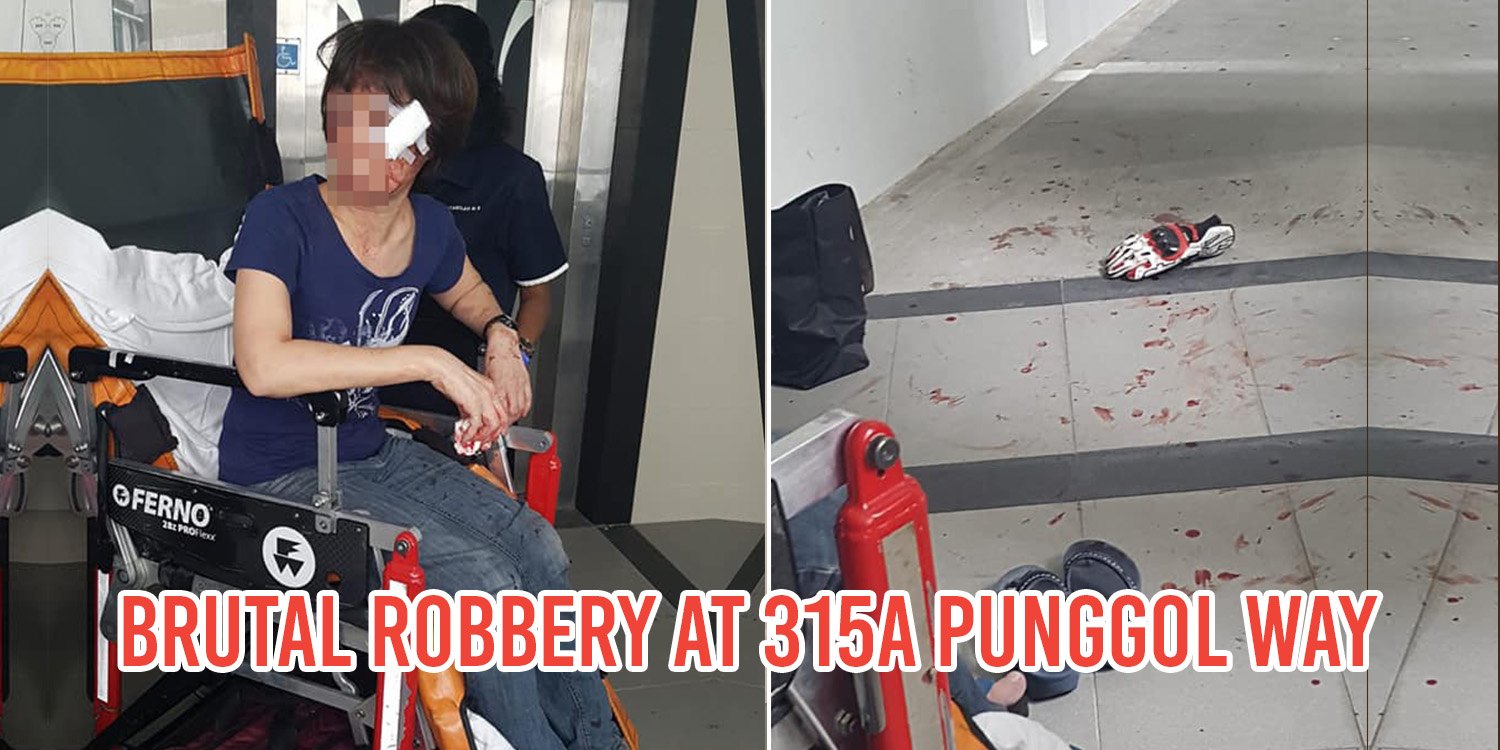 Assault Victim Had A Bruised Eye & Several Cuts On Her Face

Singapore is considered one of the safest countries in the world, and we owe a great deal to our world-class police force for that.

As a true testament to their efficiency, the Singapore Police Force nabbed the culprit behind a brutal robbery, in just 6 hours.

One of the victim’s neighbours from an opposite block detailed the robbery in a chilling Facebook post to warn others against such incidents.

The Facebook post has since gone viral, and at the time of writing, has received more than 2,200 shares in less than 2 hours.

We break down the incident after the jump, but you can read the post in full here. 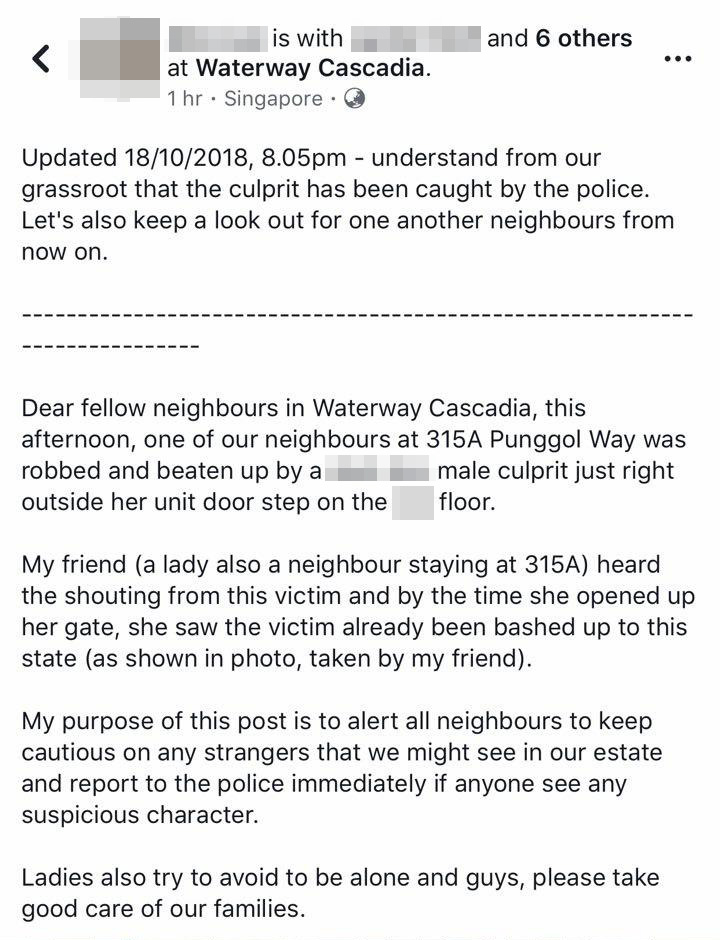 Attacked right outside her apartment

According to the post, the victim, who resides in 315A Punggol Way, was allegedly robbed and attacked right outside her HDB apartment at around 2pm.

A female neighbour, who heard the victim’s shouts, opened her door to find out what was going on.

Sadly, the robber had escaped by then, and the victim was left badly injured. 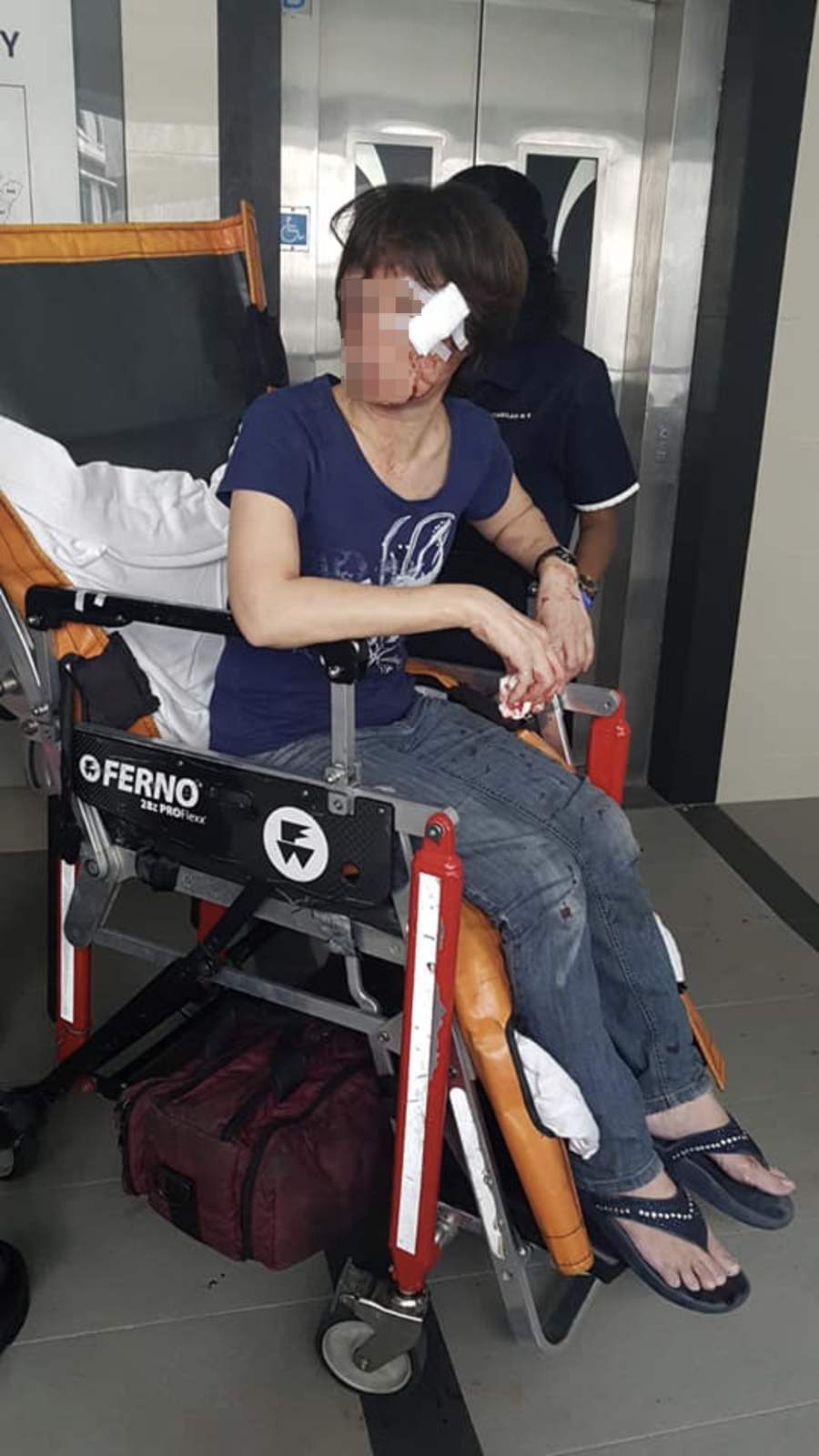 Disturbing pictures taken by her neighbour showed that the victim suffered a badly bruised eye and several cuts to her face. 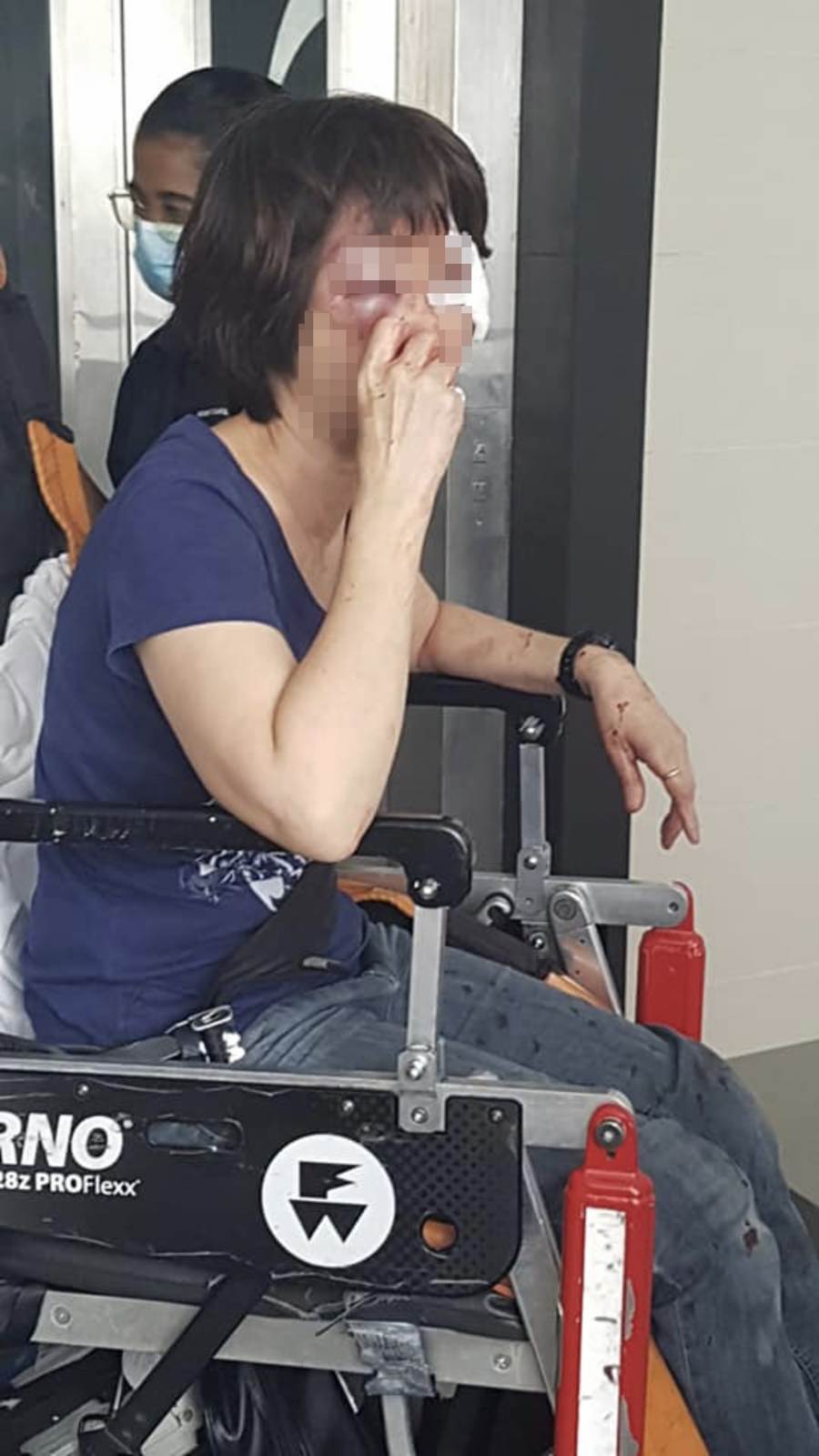 Traces of blood can also be seen on the ground where the attack took place. 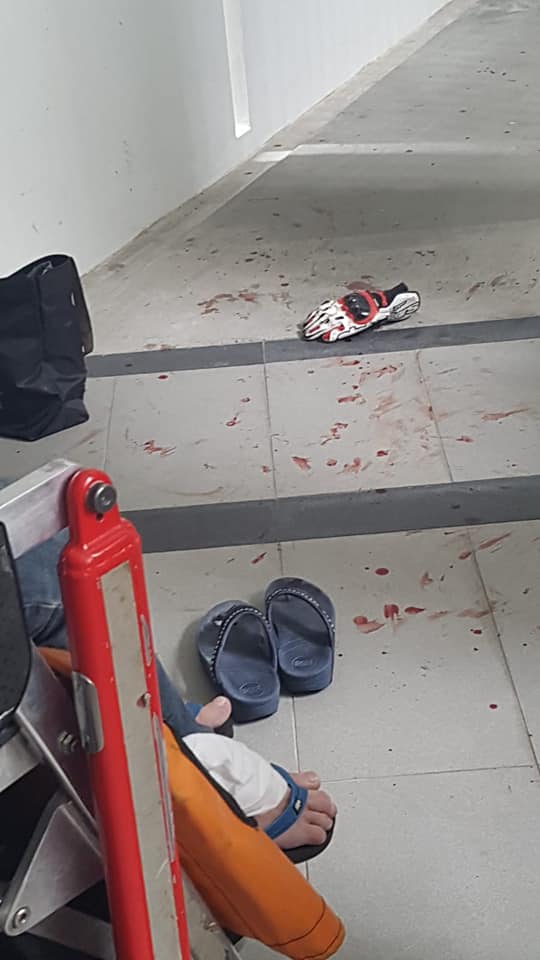 Given the extent of her injuries, one can only imagine the brute force that she was struck with.

While the arrest would have in no way helped with the victim’s physical injuries, it certainly shows that crime doesn’t pay.

In addition, this incident also shows the importance of neighbourliness and how we can all help to keep our estates safe.

We wish the victim all the best in her recovery and kudos to the men in blue for ensuring that the culprit will be swiftly brought to justice.