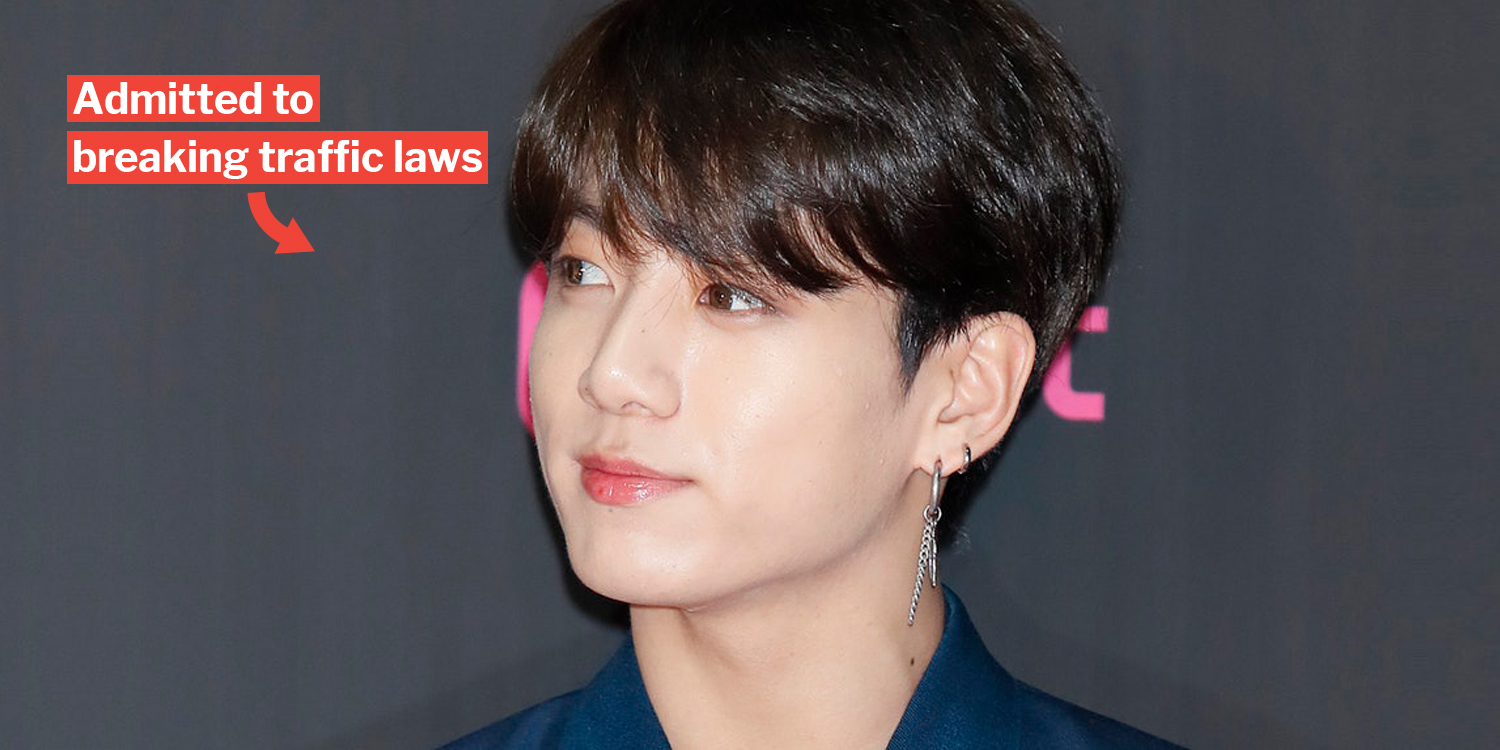 To all the ‘Army‘ members out there, here’s a piece of heartbreaking news for you.

On Monday (4 Nov), The Straits Times reported that BTS member Jungkook is under police investigations for breaching the traffic rules and crashing his car into a taxi. 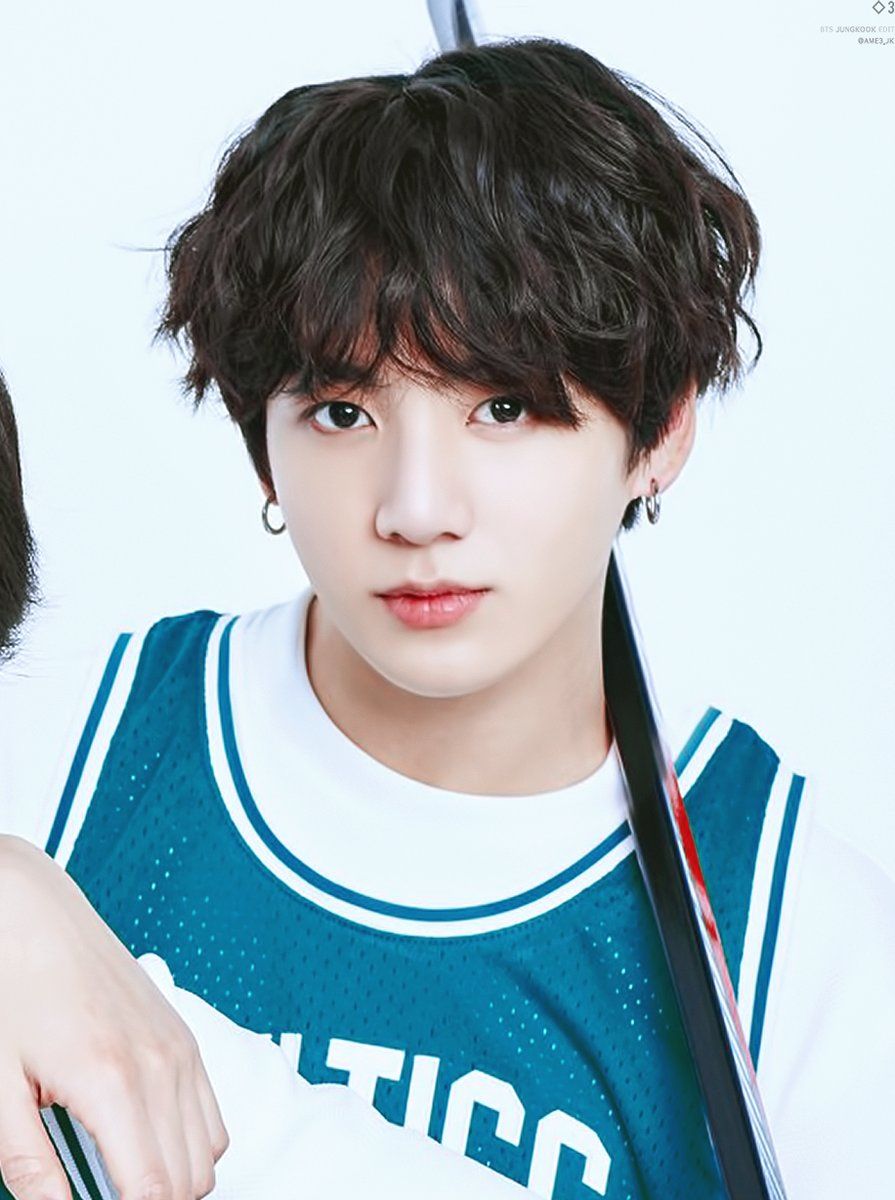 According to The Straits Times, the Korean singer was driving his Mercedes on Saturday (2 Nov) when he crashed into a taxi.

Fortunately, Seoul police shared that both drivers only suffered minor injuries and have been sent to the hospital for treatment.

The singer is also being investigated by the police for potential rash driving.

Admitted to breaking the law

A few hours ago on popular k-pop forum, allkpop, Big Hit Entertainment revealed that Jungkook admitted to breaking the traffic laws and came to an agreement with the taxi driver. 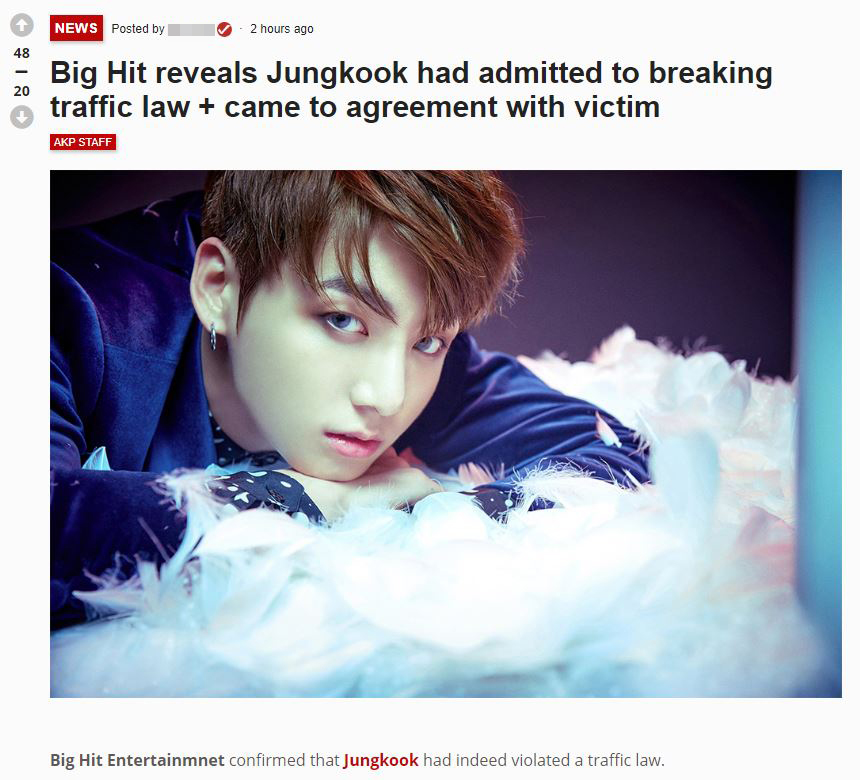 However, Big Hit shared that they cannot disclose any other information. They also apologised for causing harm to the victim and for “worrying the fans”.

Indeed, when the news was shared on allkpop, a myriad of worried fans started trickling in.

Worried fans thankful that no one was hurt

One of his fans felt extremely thankful that neither the idol nor the taxi driver was hurt in the process.

Another fan felt that it was admirable for Big Hit Entertainment and Jungkook to admit to their mistakes.

This fan however, enthusiastically expressed her love for her idol, saying it’s only human to make mistakes and that she loves him “no matter what”.

Kudos to Jungkook for being honest about his mistakes. And we’re thankful no one got seriously injured in that fender-bender.