Have you had fantasies of drinking out of a milk bottle? You know, the ones they give to babies to pacify them.

Regardless, a cafe in Philippines called Cold Sip, gives you the option of having your bubble tea served to you in a milk bottle. 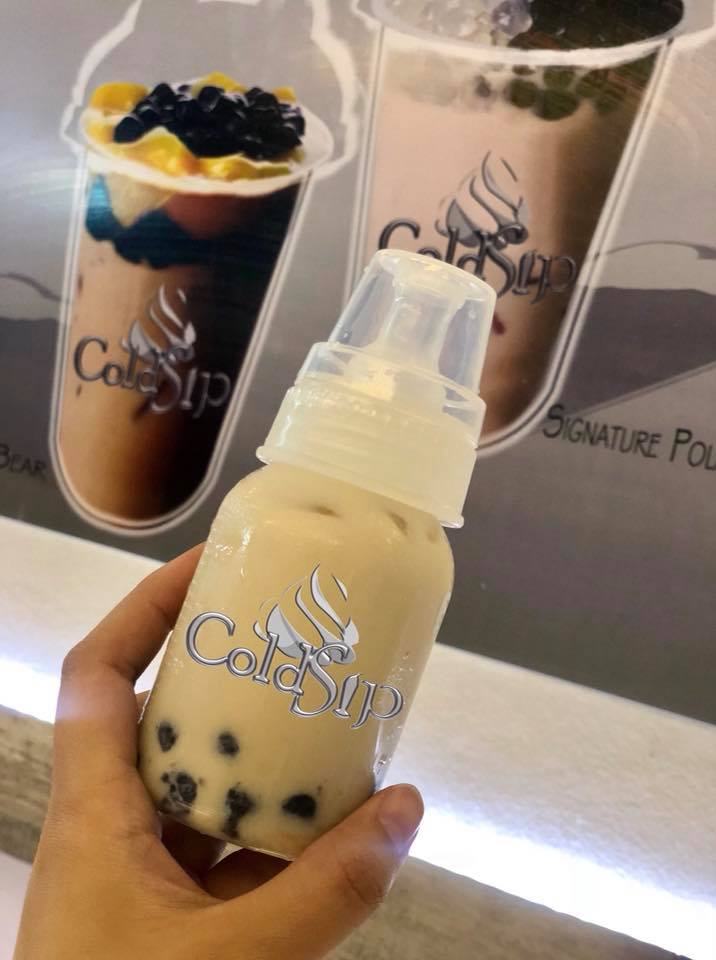 So if you were deprived of these supple rubber tips as a child, here’s your chance to make up for it.

Given its unusual choice of container for bubble tea, it’s not surprising that they feature some unusual flavours on the menu.

This is called a Hokkaido frappe. We’re still trying to figure out what those white jellies are. Could be anything from Hokkaido cheese to almond. This next one is called Strawberry Milk Tea with Egg Pudding. Even our in-house bubble tea expert had no idea there were such things. Much like those little packets of fruit juice in supermarkets, this one is a mix of berries and the supposedly salubrious chia seeds. Cold Sip calls this Blueberry Fox with Chia Seeds. Finally, they’ve got something that looks just a tad suspicious — Green Honeydew Fruit Tea with Chocolate Pudding. No comments on this triple stack of odd colours. But let’s not forget the main attraction here. Their milk bottles. Hopefully the milk bottles are top grade ones so we get the best slurping experience. Also, it’s probably not wise to feed your child bubble tea just because it comes in a milk bottle. They may end up choking on the pearls.