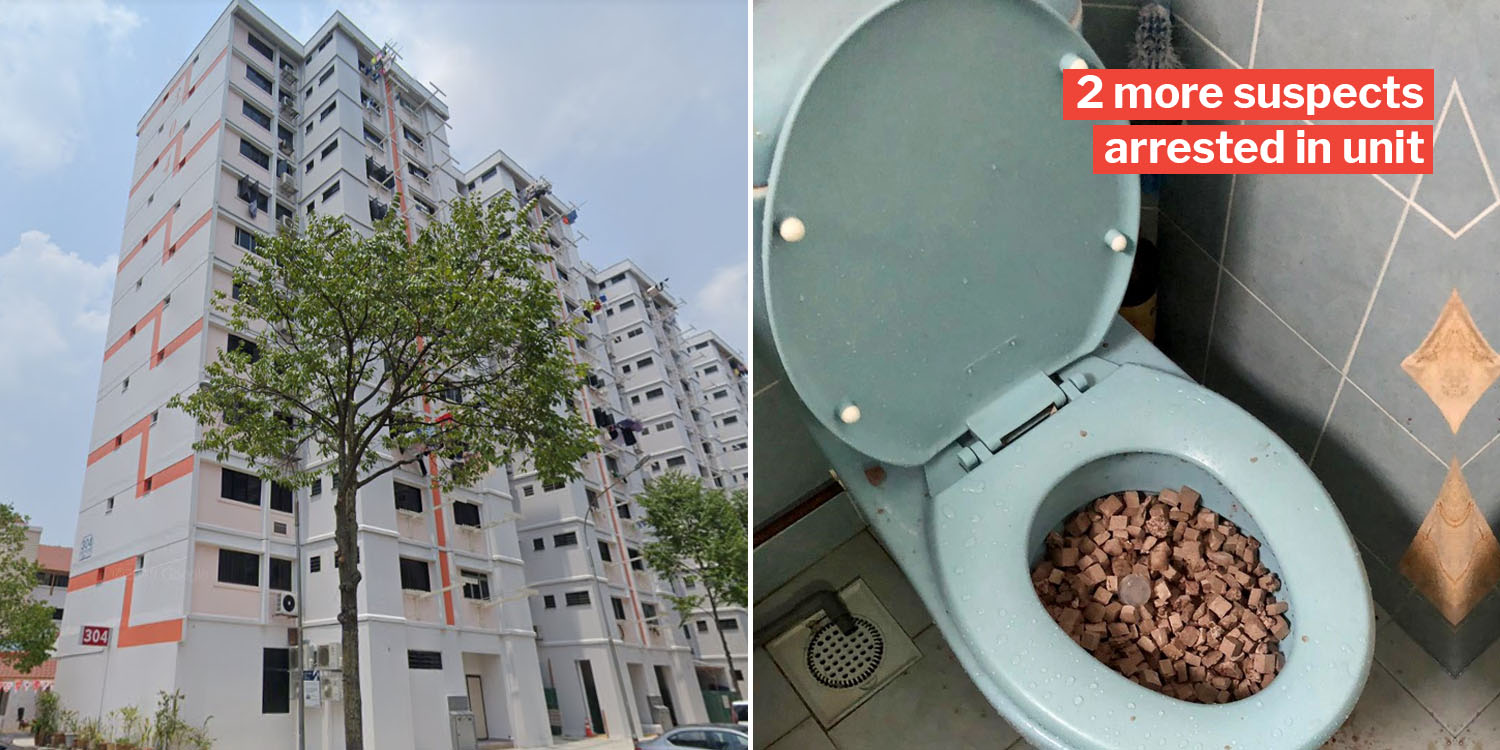 While most of us are cooperative when approached by the police, some make deliberate attempts to escape from our officers in blue.

During a drug raid on Monday (21 Sep), a drug suspect reportedly fell from the 9th floor of a HDB block in Bukit Batok, after attempting to escape.

He was pronounced dead on the spot.

CNB said occupants refused entry to their officers who had identified themselves.

Subsequently, the 63-year-old male suspect fell from his kitchen window before officers could enter.

The man apparently landed on a pathway underneath the block, forming a large pool of blood, according to Lianhe Wanbao.

SCDF later pronounced the man dead when they arrived at the scene.

Described as a courteous person

Mr Huang had reportedly moved into the unit earlier this year and was described by neighbours as a courteous and quiet person.

The 63-year-old was the eldest of 4 siblings but had not been in touch with his family for the last 2 years.

He previously stayed with his sister but moved out after being released from prison.

His death came as a shocking double whammy for his sister, who had recently lost her job, reports Lianhe Wanbao.

CNB officers arrested a 65-year-old man and another 33-year-old woman who were in the flat. Both looked rather calm despite being cuffed. In a later update on CNB’s Facebook page, they revealed that during the operation at the unit, they have seized:

A picture accompanying the post depict a stash of heroin disposed in a toilet bowl at the unit. 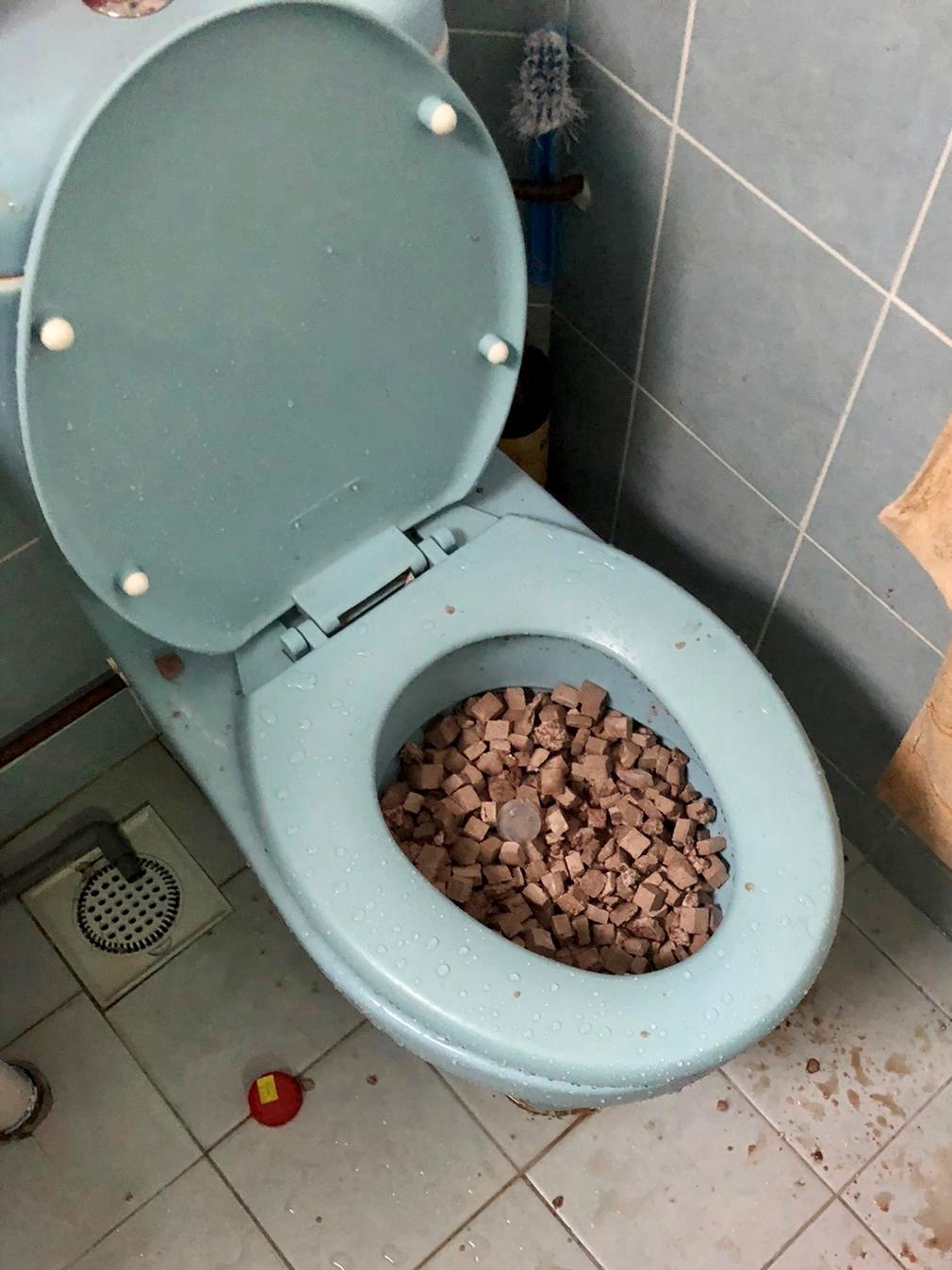 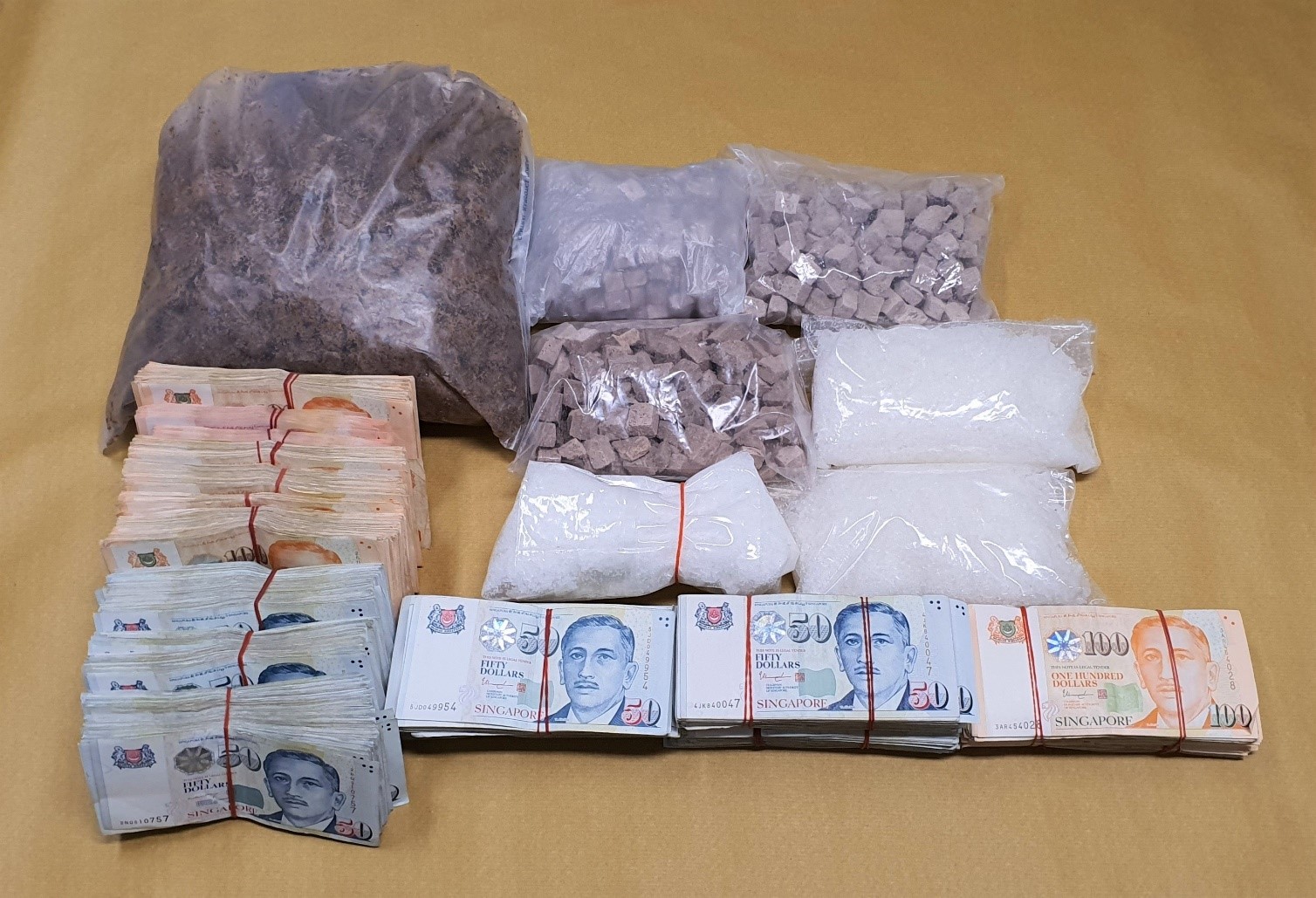 Let’s be cooperative when approached by police

It’s unfortunate that his life had ended in such a tragic manner. Our heartfelt condolences go out to Mr Huang’s loved ones and friends. May he rest in peace.

As other suspects have been nabbed, we hope police will conduct a thorough investigation and get to the bottom of the case.