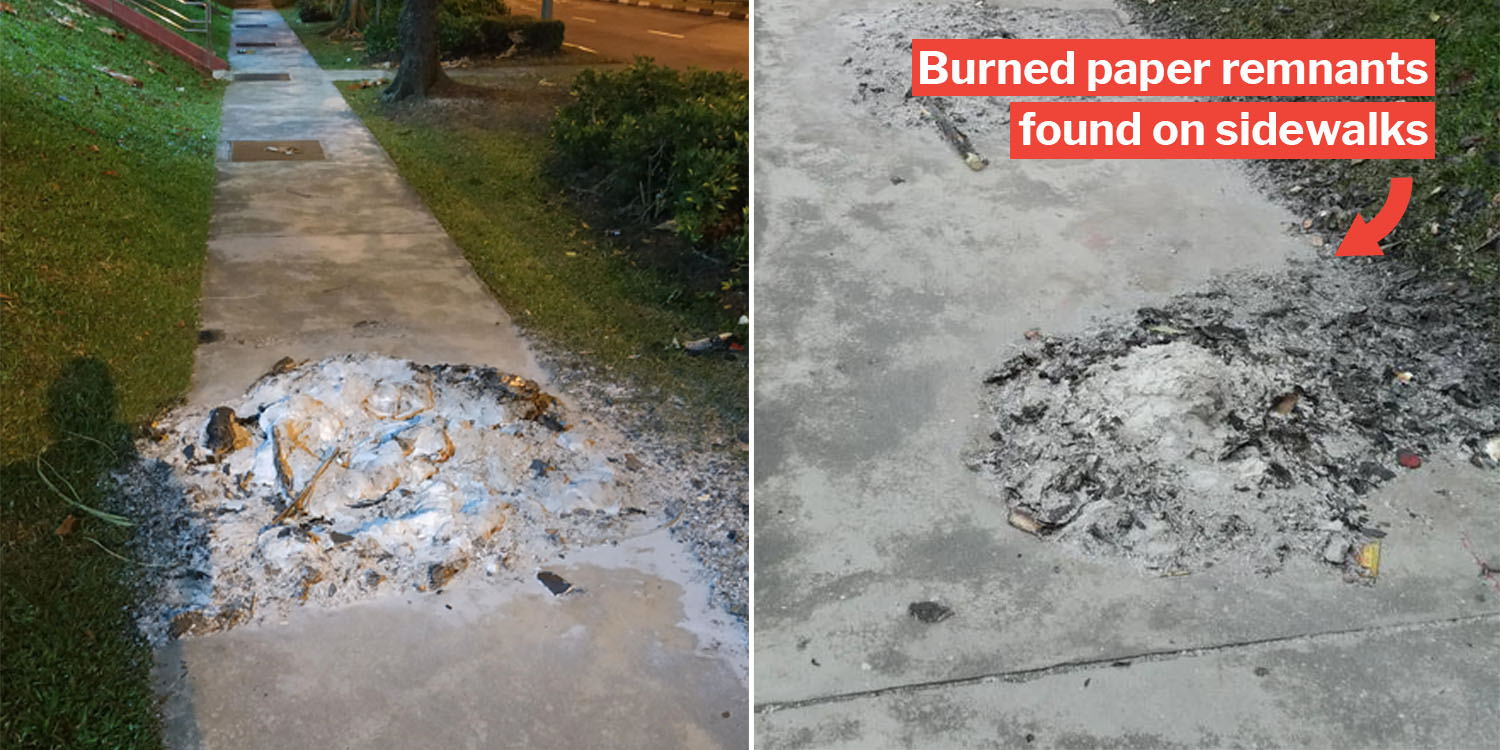 Buddhist and Taoist Singaporeans burn paper offerings as part of their prayer processions on special occasions.

On the 9th day of Chinese New Year (CNY), the community goes through an annual prayer session called “bai tian gong“, which happened at the dawn of Sunday (2 Feb) this year. 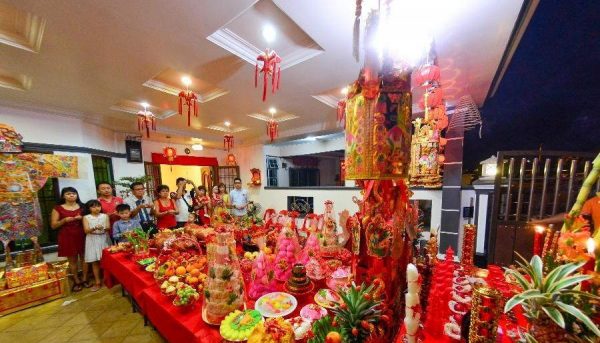 This involves the burning of offerings as a sign of respect. 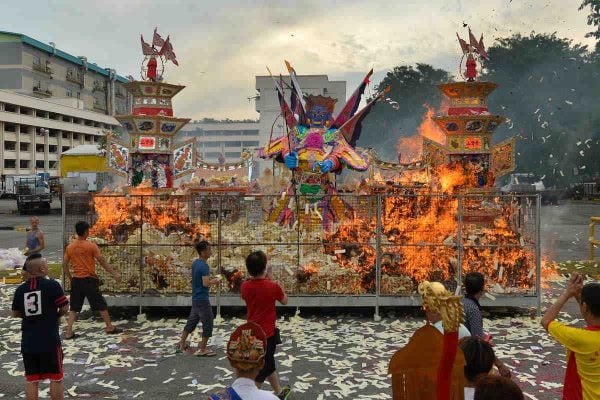 As much as we respect each other’s religious practices, this comes with the expectation of being considerate while carrying them out.

Sadly, after the procession, many failed to clean up after themselves and left remnants of burned paper on grass patches and sidewalks. 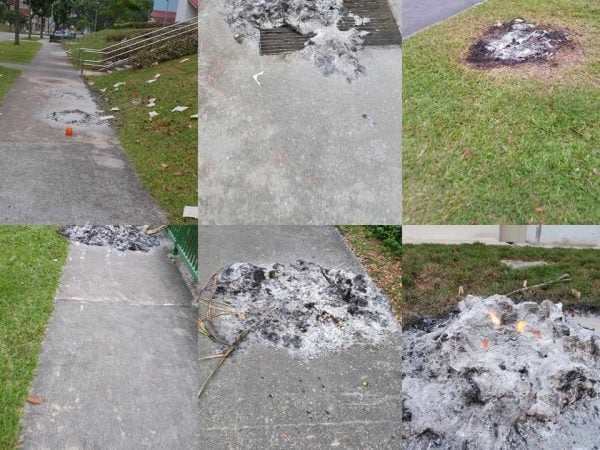 Singaporeans took to the Internet to highlight this prominent issue, urging all to be more mindful of our public behavior.

Did not utilise proper facilities for burning offerings

While there are metal cans and cages specially placed below HDB blocks for the occasion, people still did their burning on the sidewalk or on the grass. 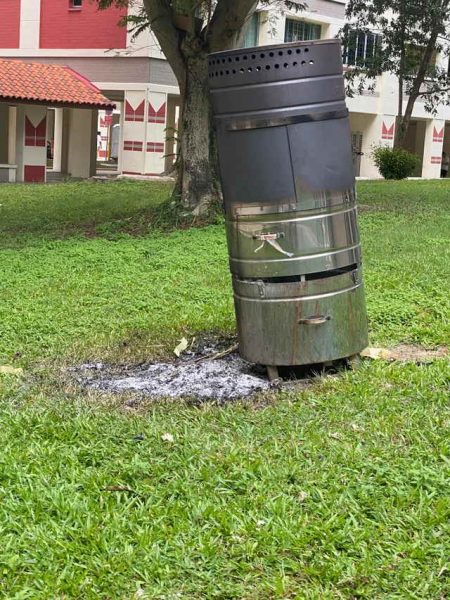 Furthermore, many did not pick up the leftover paper, leaving rubbish flying around common areas.

Shocked by the ghastly sight of ashes left along the sidewalk, Singaporeans took to social media platform Reddit to highlight the selfish behaviour of neighbours. 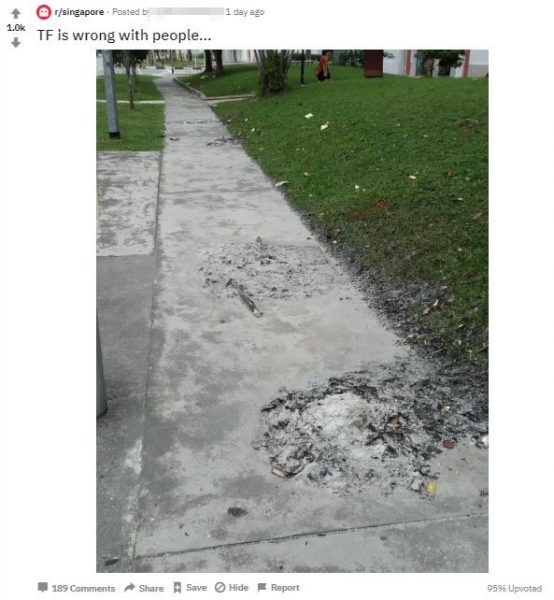 Many shared similar encounters with piles of offerings along paths near their home, sparking discussion on this common occurrence.

Singaporeans who burn offerings leave mess for others to clean

They believe that this can be potentially dangerous, as passersby may accidentally step on a hot, or even flaming pile of ashes.

Many guess that those guilty of the act do so with the expectation that cleaners will clear the mess by morning.

While this may be true, they sometimes leave such a huge mess that cleaners will probably take hours to get through everything.

Instead of leaving the job to them, perhaps we should be considerate and make the cleanliness of our neighbourhood our own responsibility.

Be more mindful when burning offerings

Though we have the freedom to practise our religion in Singapore, we shouldn’t take this for granted. We still have the rest of the community to be mindful of. 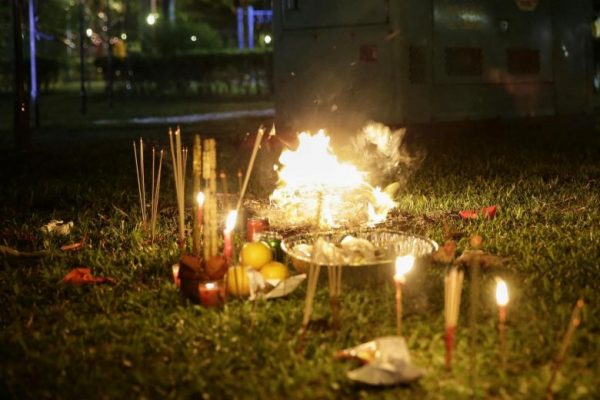 Leaving prayer offerings lying around makes the neighbourhood unpleasant for other residents. Therefore, to maintain the cleanliness and harmony of our living area, we should start cleaning up after ourselves.