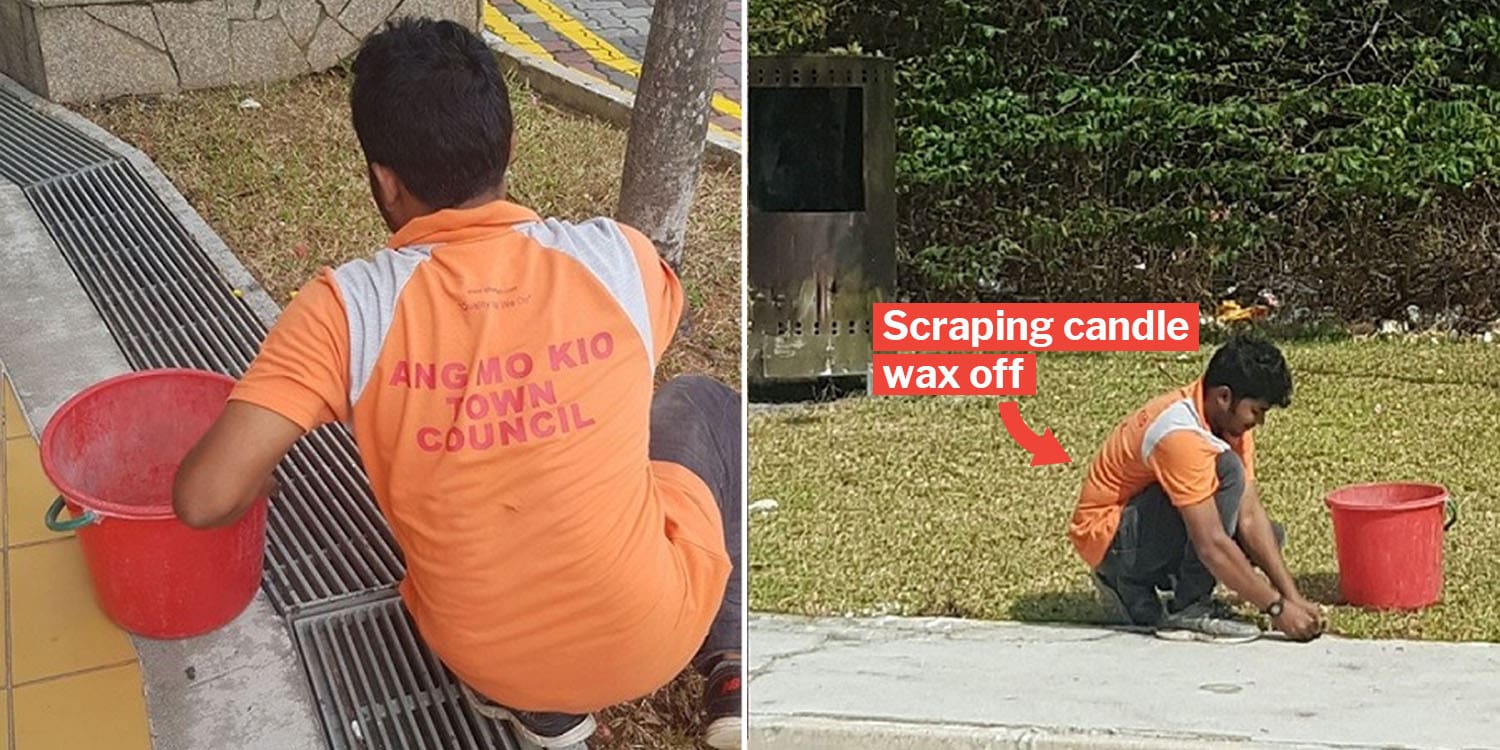 Thick smoke in the air, ashes and candles lining the pavement are clear signs that the seventh month or Hungry Ghost Festival is here.

While we respect each other’s religions enough not to complain about the burning smell, there are other matters of basic courtesy we shouldn’t forget. 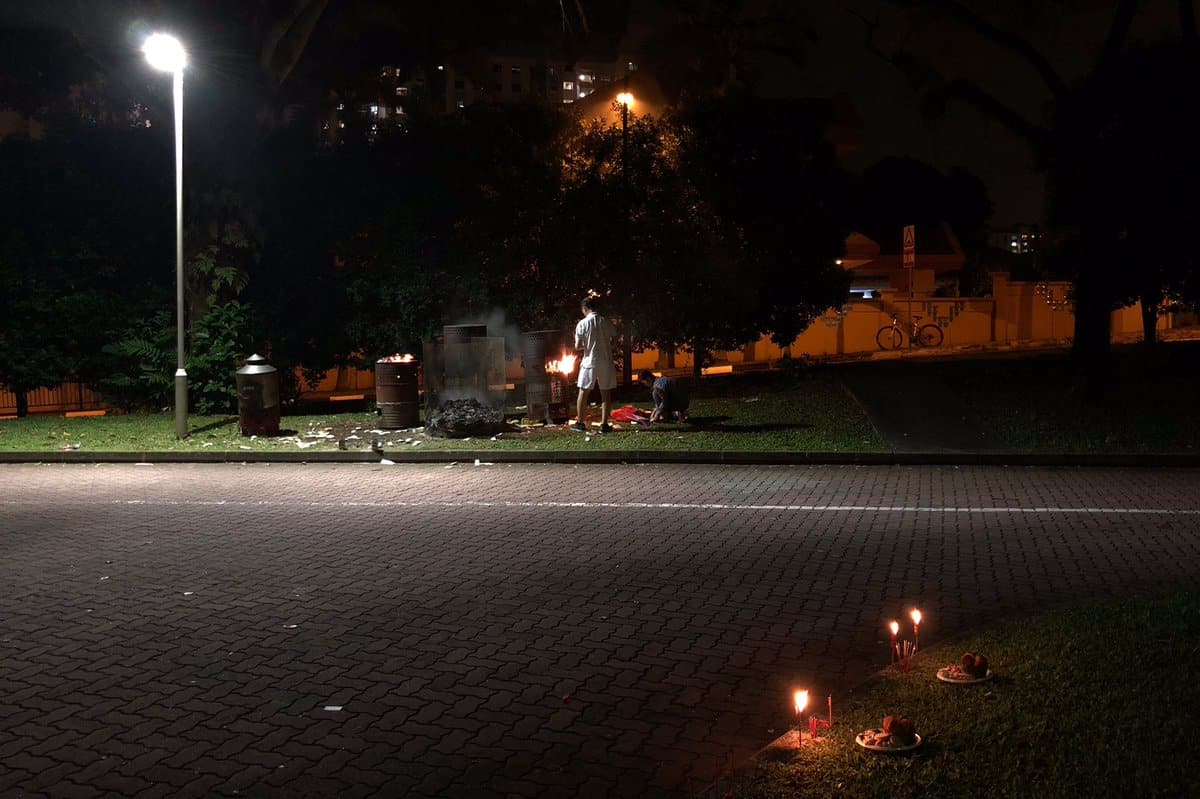 Devotees for example, must remember to clean up after burning the offerings, to help keep the public space clean.

If not, it’ll solely be in the hands of the area cleaner to pick up after us, and it’s not an easy task.

Worker scrapes HDB pavement at the end of the seventh month

Photos of a worker painstakingly clearing the pavement at the foot of a HDB block circulated online on Friday (30 Aug). 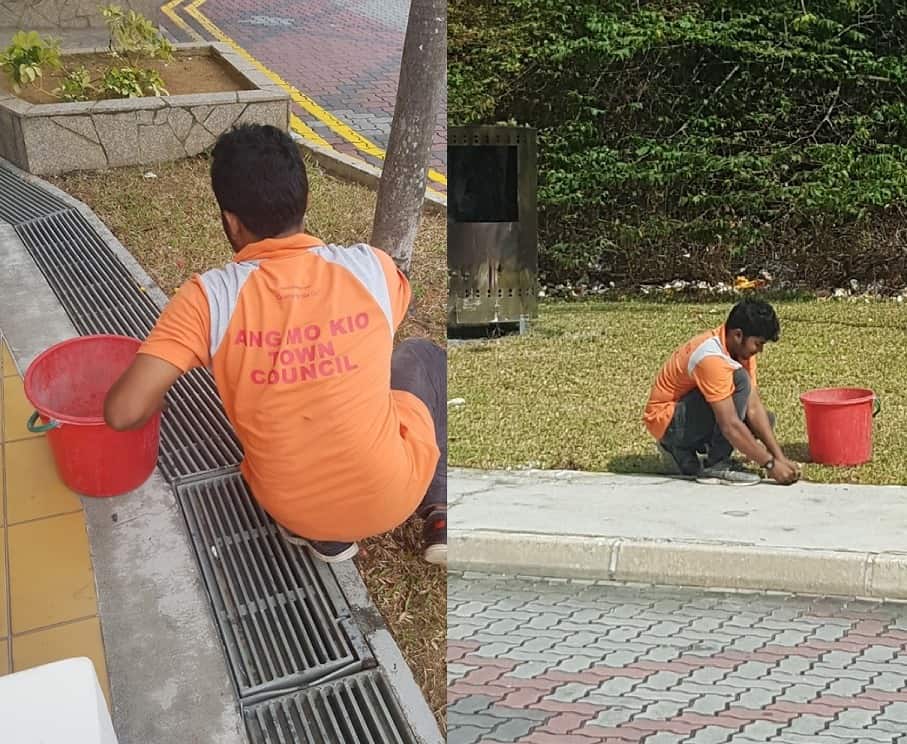 With only a pail and perhaps a scraper in hand, the worker squatted on the ground and appeared to be removing wax off the pavement.

Working like that under the scorching hot sun must surely be uncomfortable.

Singaporeans should be more appreciative

The worker’s dedication and seemingly joyful expression indicate how obliging he may have been towards the task.

However, we Singaporeans shouldn’t take this for granted as the neighbourhoods are our residential areas after all. As responsible citizens, we should have the initiative to clean up after ourselves whenever we make a mess.

Be kind and considerate

Most who responded to the post concurred that the onus is on residents to clean up after themselves.

One even explained how he would return after a few hours just to pick up what was left of his offerings.

Many others expressed their gratitude towards foreign workers in general for their relentless services, regardless of the occasion.

No matter the circumstance, it’s clear that foreign workers deserve utmost appreciation for everything they do for us.

From constructing our homes and other buildings to keeping our neighbourhoods clean, we truly owe our thanks to them. 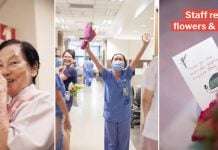