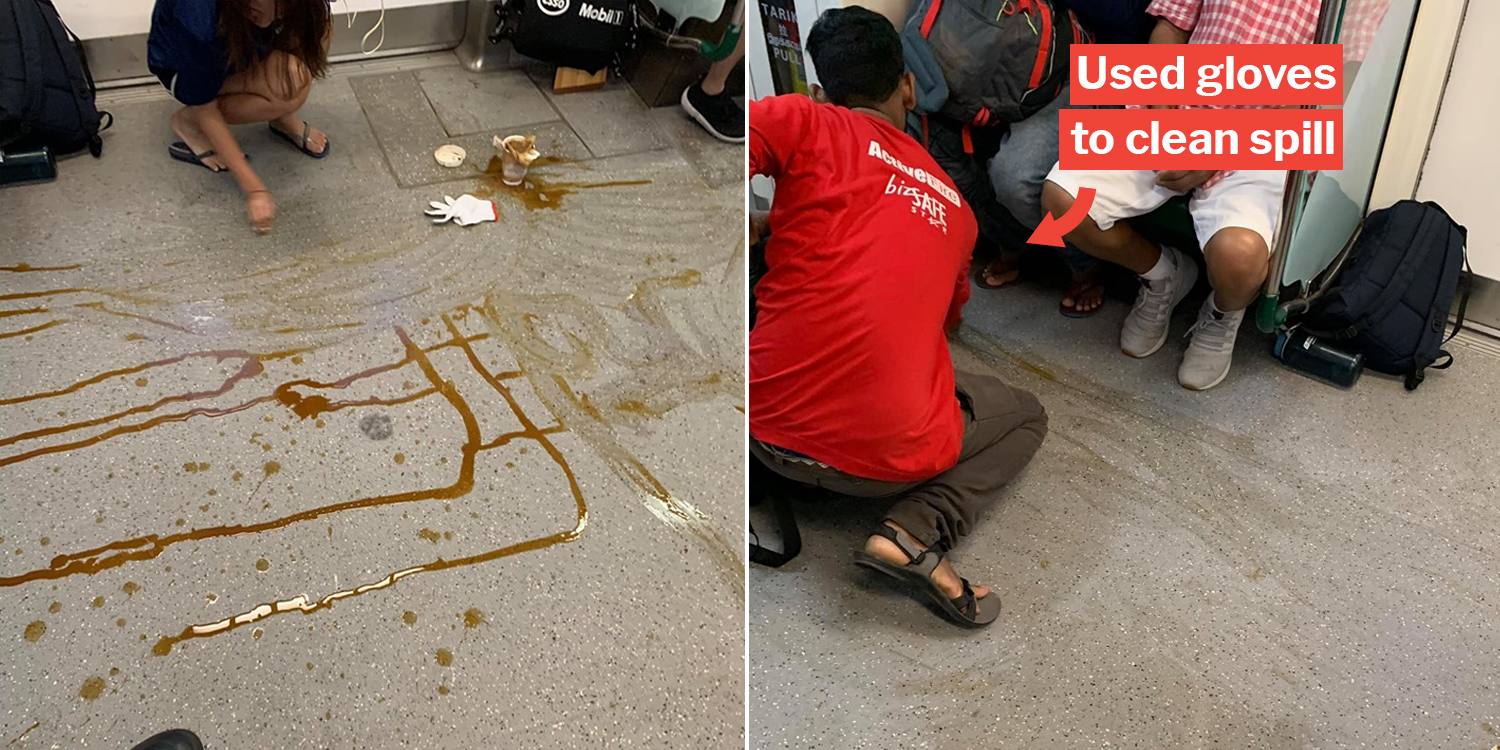 Most of us don’t bring our dabao-ed packets of coffee onboard MRT trains for fear of spilling our drinks.

However, on Saturday (31 Aug), a netizen named Sharen was on the train when she witnessed a fellow commuter spilling her coffee in an accident.

But what left the deepest impression wasn’t the sticky mess that ensued. Amidst the chaos, 2 commuters selflessly offered cloth gloves to help with the cleaning.

Sharen took to Facebook on the same day to thank the two kind-hearted individuals.

Here’s her inspiring post in full. We summarise the story after the jump. 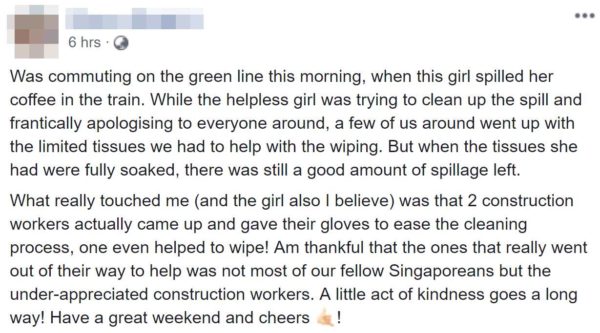 According to the post, Sharen was travelling on an East-West line MRT train when a female commuter unintentionally spilled her cup of coffee.

Sharen recalled that the unfortunate girl was extremely apologetic and attempted to clean up after herself. 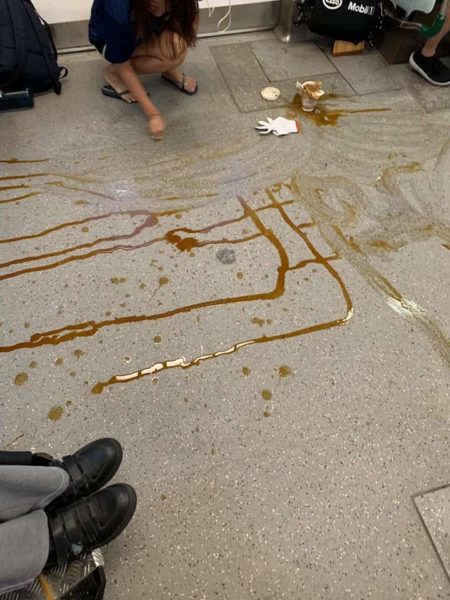 Other commuters allegedly tried to help by cleaning the spill using whatever tissues they could gather.

However, their resources were limited.

Soon, they ran out of tissues, but there was still significant residual liquid on the floor.

2 workers offered their gloves to clean the mess

That was when 2 commuters – whom she described as “construction workers” – stepped up by offering their cloth gloves to clean the mess.

Sharen claimed she witnessed one of them bending down himself to assist with the cleaning. From the graphics on their T-shirts, the workers appear to be from ActiveFire, a local company that manufactures fire-safety equipment.

At the end of her post, Sharen thanked the pair for going out of their way to help and was even more touched that it was “under-appreciated” workers who stood up to the occasion.

Hope this inspires others to help others in need

We’ve reached out to ActiveFire for a statement and to verify if the 2 good Samaritans are indeed from their company.

Like Sharen, we are extremely heartened and touched by the pair’s actions.

We hope this story inspires more people, regardless of their occupations, to go the extra mile to help out those in need.