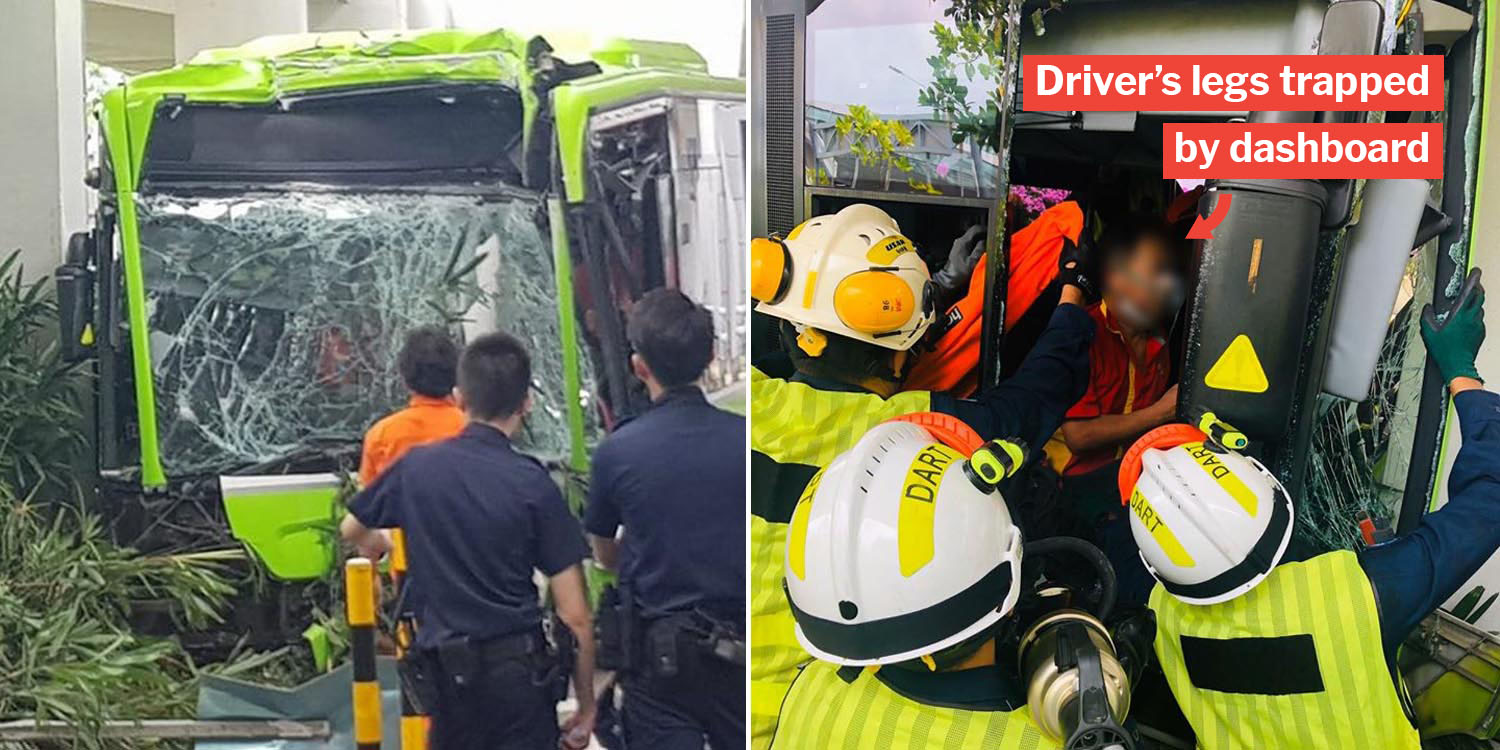 4 passengers have been discharged.

The life of a bus driver can be grueling, yet fulfilling. However, some bus drivers have to work long hours without rest and this can cause issues if they don’t take care of themselves properly.

The Singapore Civil Defence Force (SCDF) took 45 minutes to free the driver, who was trapped in his seat.

Bus crashed into pillar in accident at Changi Airport interchange

SCDF received a call for assistance at Changi Airport T2’s bus interchange at 12.36pm yesterday (2 Feb), according to their Facebook post.

Upon arriving at the scene, they found that a Go-Ahead Singapore bus had crashed into a pillar.

The impact left the front window in smithereens and the entire front of the bus bent out of shape, trapping the driver’s legs.

Unable to move as a result, the driver was likely in unimaginable panic.

The circumstances made the rescue operation complex, as SCDF had to release the driver while tending to the other casualties.

Together with medical staff from the Airport Emergency Service (AES), SCDF paramedics treated 6 injured passengers in the bus, who were taken to Changi General Hospital (CGH) by ambulance.

At the same time, firefighters from Changi Fire Station and AES workers used cutting tools to cut the driver’s window so paramedics could give him an intravenous drip.

A DART Rescue Vehicle pulled the bus away from the pillar to allow the team some space to operate. 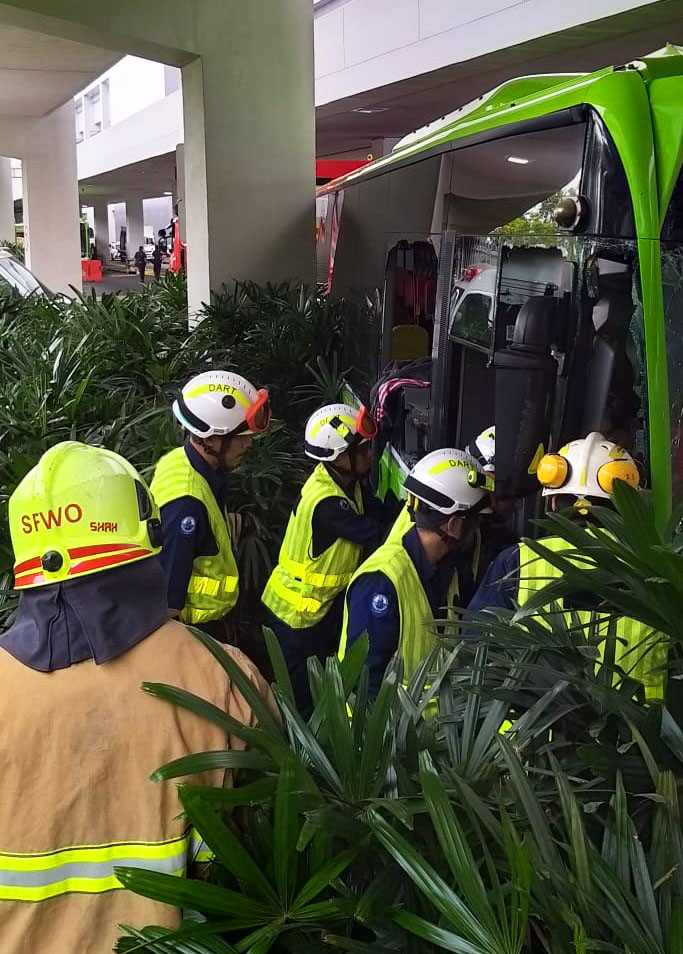 The DART rescuers had to “manoeuvre delicately” because there was little space around the driver.

Using various hydraulic rescue equipment, they managed to reach the driver after prying the dashboard. After that, they freed the driver via the rear exit doors of the bus, where an emergency medical team from CGH were ready to attend to him before sending him to the hospital. 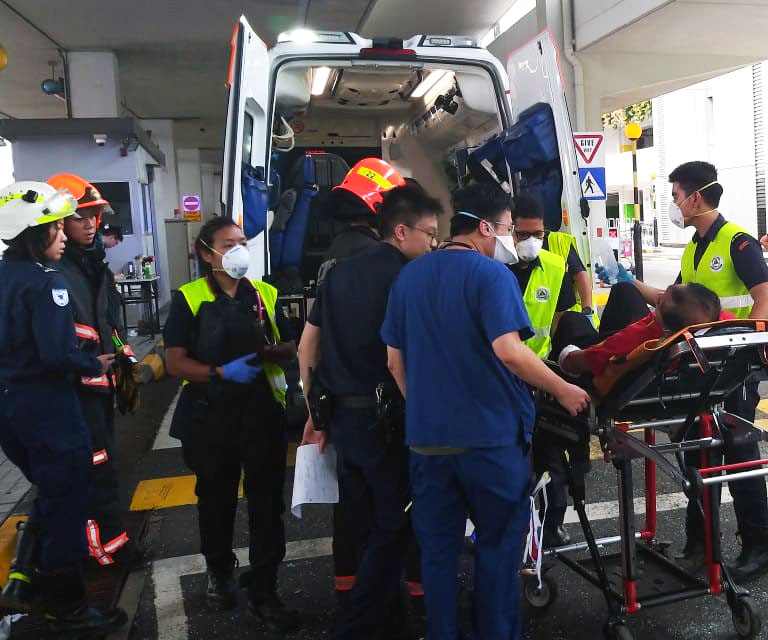 A representative for Go-Ahead Singapore confirmed that its bus service 34 was involved in the accident, according to Channel NewsAsia.

According to them, Go-Ahead “are in ongoing dialogue with families of the injured to provide their full assistance”.

A family member of an injured passenger told MS News they were “in the midst of (discussions)” when asked as to whether any form of compensation had been offered.

Four of the injured passengers have been discharged while the remaining two are reportedly in stable condition.

The operation could not have been easy for SCDF to execute, but they managed to rescue the trapped driver with no loss of life. Kudos to them for their hard work on a Sunday afternoon and we hope the injured make a swift recovery.