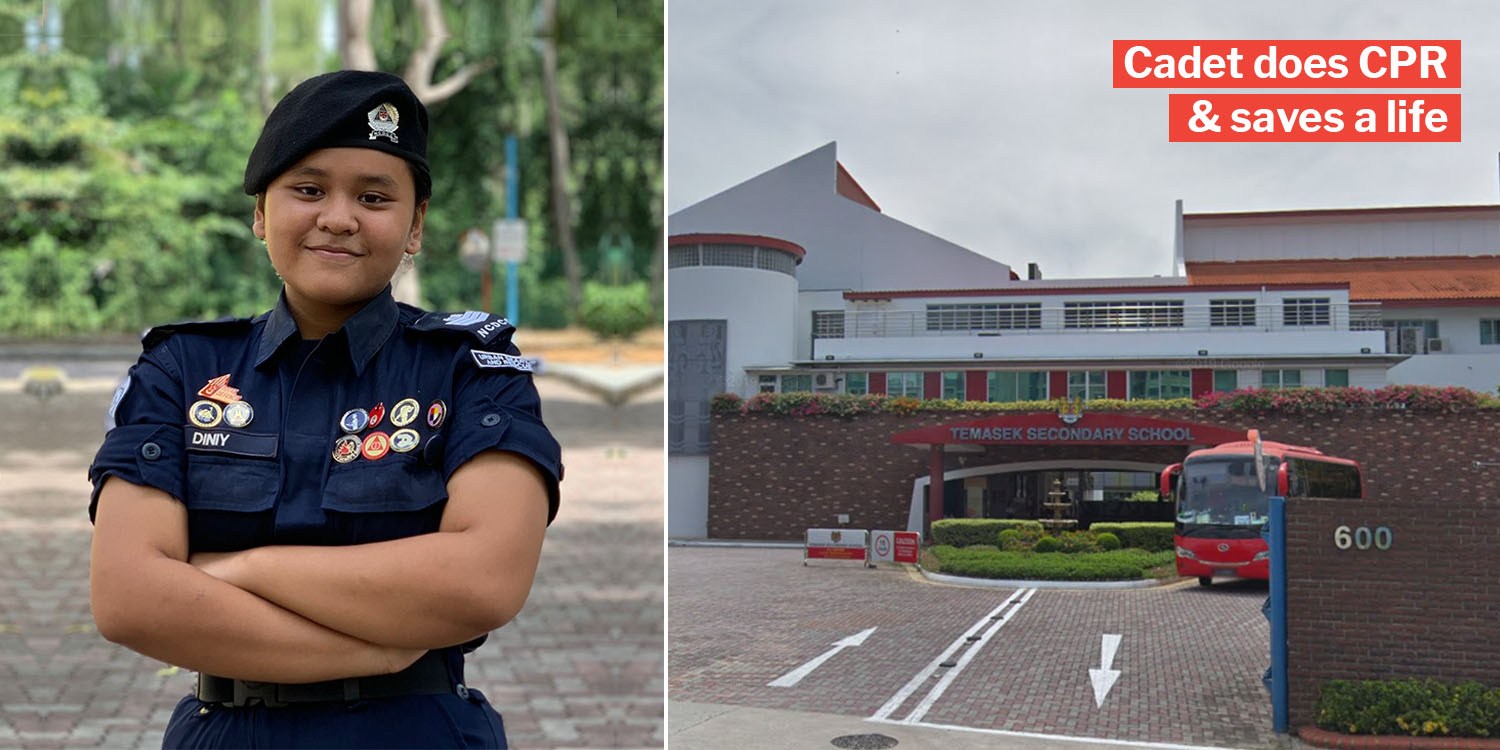 Heroes save lives, regardless of their ages.

Accidents happen everyday and once in a while, unlikely heroes appear to save the day. 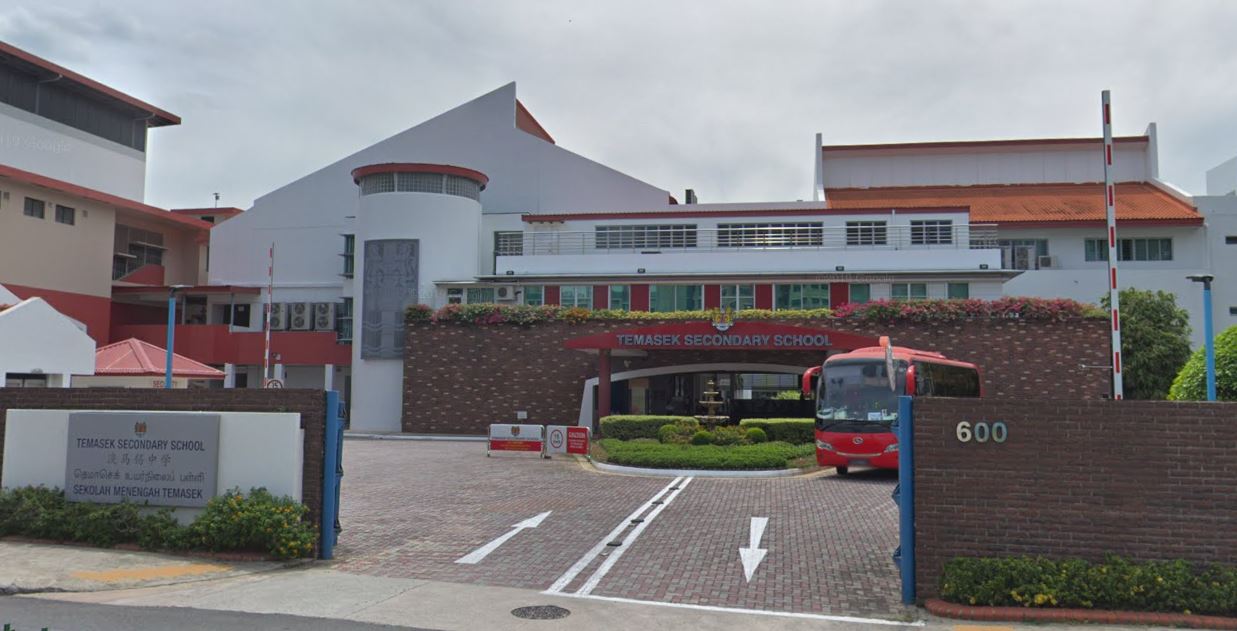 For a young student of Temasek Secondary School, she became an unexpected hero on her journey home, after putting into practice what she learnt in her CCA — lifesaving skills as a National Civil Defence Cadet Corps (NCDCC) cadet. Singapore Civil Defence Force (SCDF) recounted how the inspiring incident played out on Facebook this Wednesday (4 Sep), in a heartwarming post. Ms Diniy Qurratuaini, a Temasek Secondary student, was taking a bus ride home from school on day. When the bus she was riding on knocked into a pedestrian, the woman quickly lost consciousness.

Diniy immediately sprung into action upon seeing what happened. She asked a passenger to swiftly dial 995 for an ambulance. 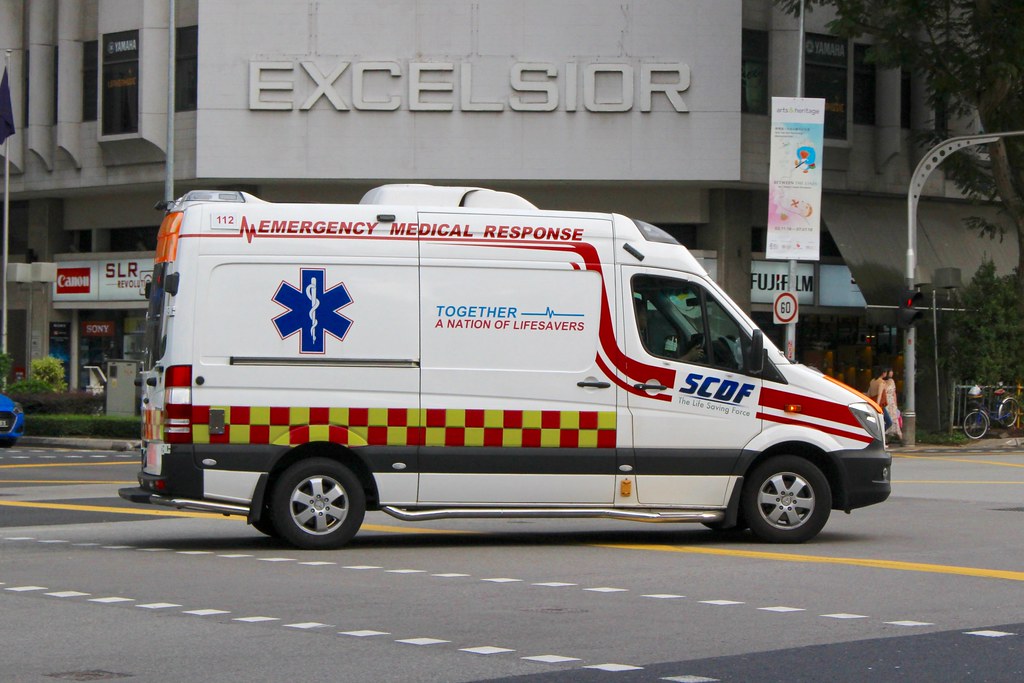 Next, she attended to the collapsed pedestrian, who she assessed to be no longer breathing and had no pulse.

She instinctively performed several rounds of CPR, which helped the pedestrian regain her consciousness. Diniy continued waiting beside the pedestrian to ensure that she was okay until the ambulance arrived.

Praised for her courage & quick thinking

Netizens online quickly caught wind of the story and were generous with their praise for Diniy’s heroic act.

Others also praised SCDF for imparting important life skills such as CPR to their NCDCC cadets.

Some also thanked her for being confident, and having the courage to step up to the urgent task.

Diniy also gives credit to the NCDCC for teaching her life skills that can be used in similar life-threatening emergencies, in SCDF’s Facebook post. 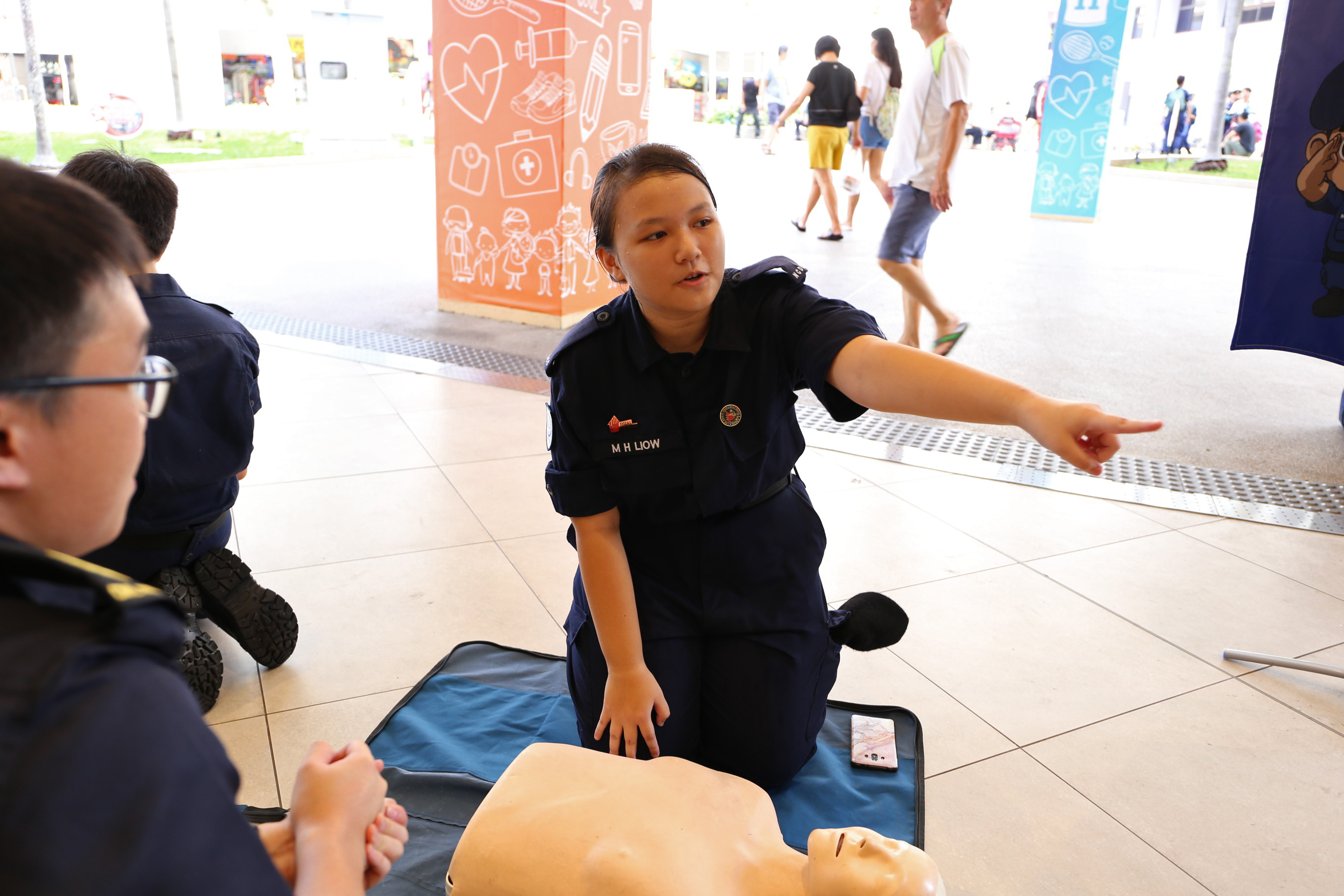 Cadets are also taught to use a fire extinguisher and become “committed youth leaders” who serve beyond school and their homes, to help the larger community.

Heroes save lives, regardless of their age

This story shows how quick thinking can save a person’s life, no matter what your age is.

Let us all learn from Diniy and apply the relevant life skills that we have learnt to help others, should the situation arise.

Featured images adapted from Google Maps and SCDF on Facebook.