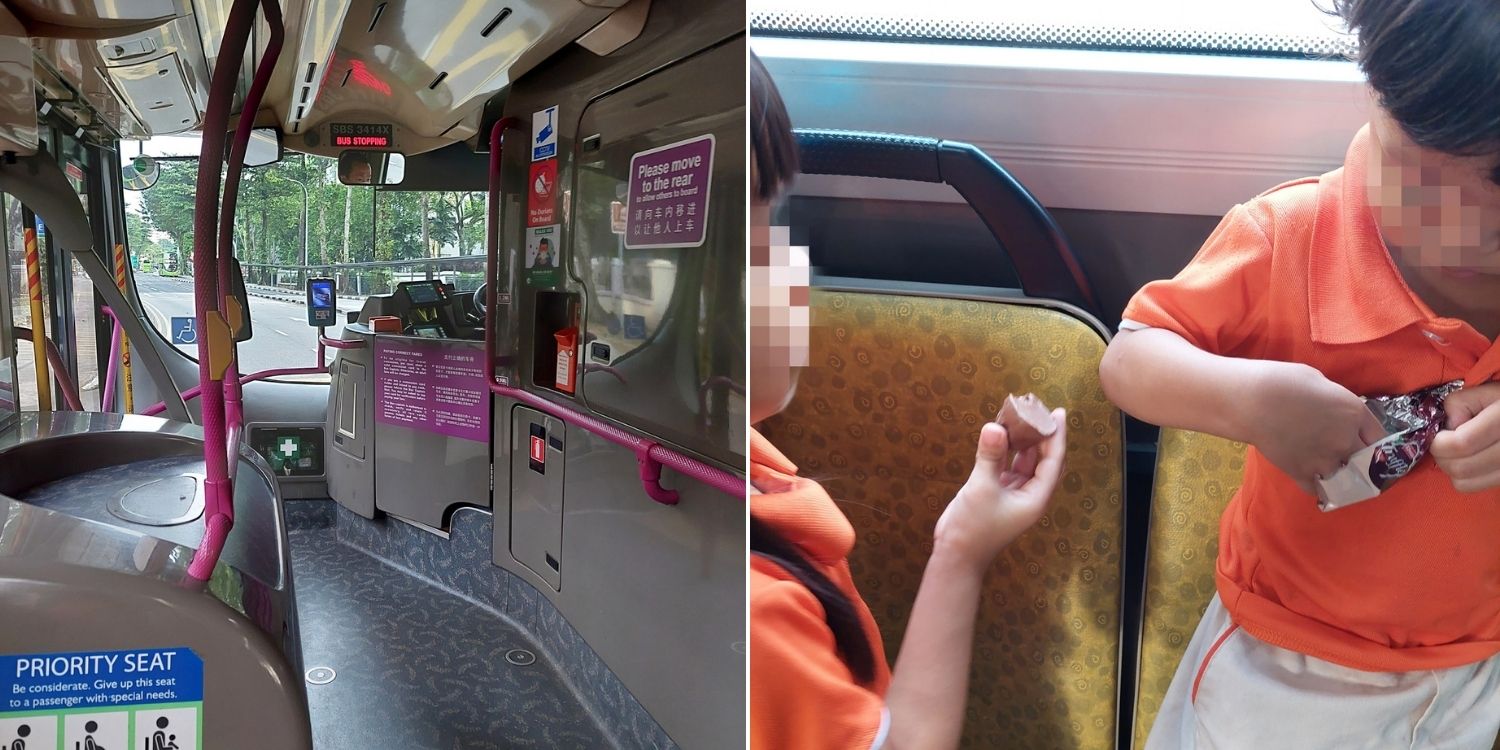 A much-appreciated helping hand to a struggling mother.

People who have kids will know how difficult it can be to take public transport with them.

When they misbehave, parents would have to try in vain to rein them in while bearing annoyed stares from other people.

One Singaporean mother was close to tears herself as her son created a commotion on the bus – but was given an unlikely helping hand by the bus driver. He managed to calm down the kid by giving out chocolates, earning the woman’s immense gratitude.

The heartwarming story was related in a Facebook post by Ms Aleesa Saaib, who endured a difficult bus journey with her 2 young children recently. 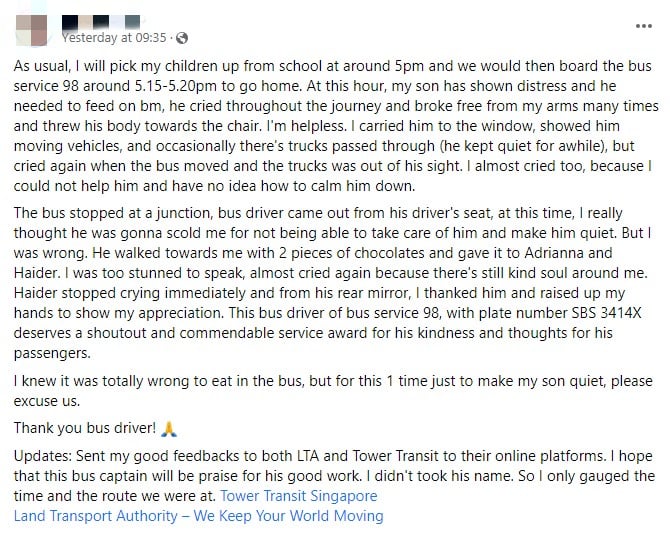 She said she picked up her children from school at about 5pm, as is her routine. 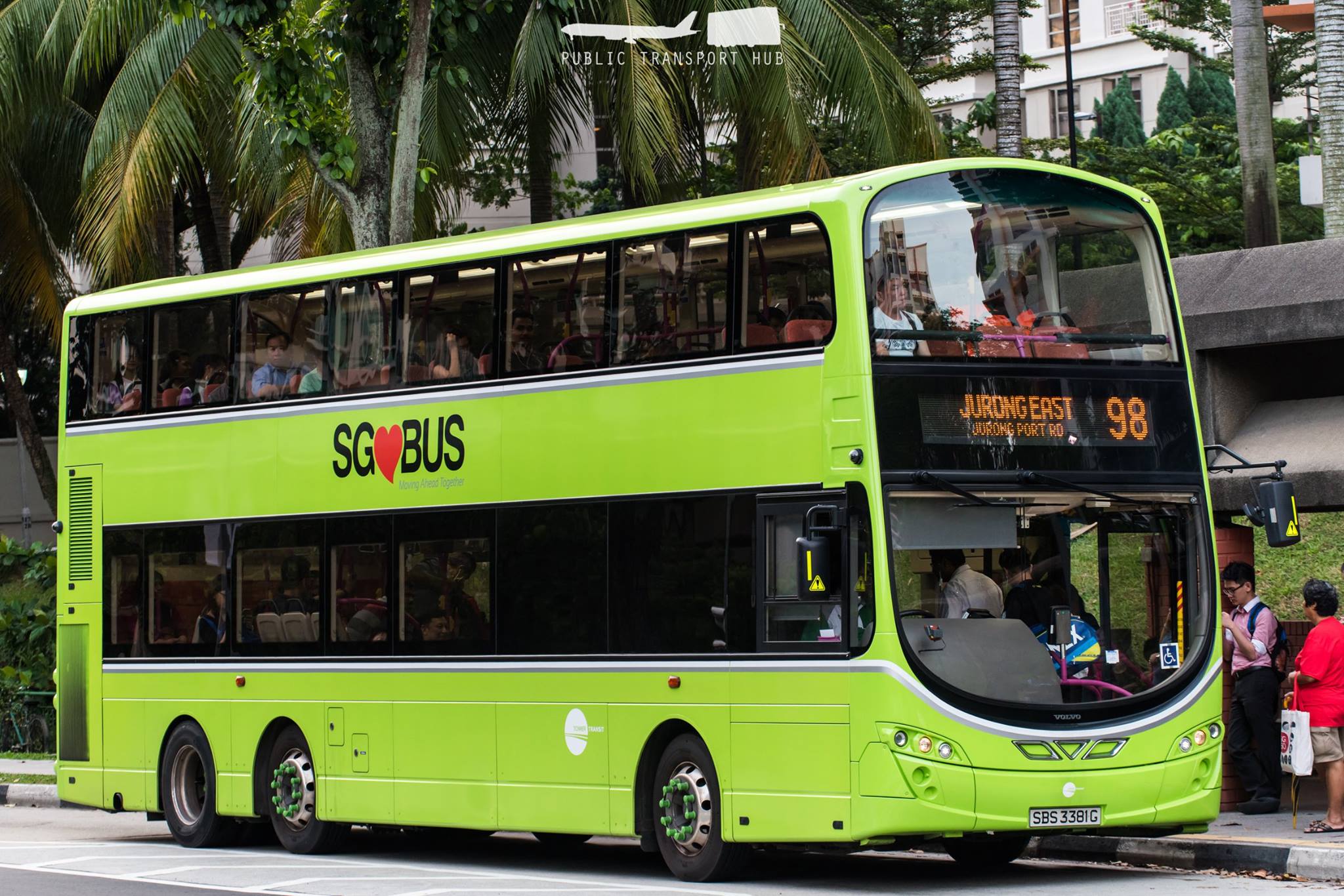 However, while on the bus her son Haider started to show signs of distress.

Wanting to feed on breastmilk, he started crying, breaking free from his mother’s arms and throwing himself onto the chair.

Mother was close to tears

His behaviour caused Ms Aleesa to be close to tears herself, as she said she had no idea how to calm him down.

Even though some passing trucks kept him quiet for awhile, he started crying again when the trucks went away.

In a subsequent comment, Ms Aleesa clarified that Haider was crying because he was hungry and thirsty, as he depends exclusively on breast milk when with his mother.

She also forgot to bring a nursing cover for breastfeeding, and thus didn’t want to expose herself on the bus.

At this point, something unexpected happened: The bus driver left his seat and approached them while the bus was stopped at a traffic junction.

Ms Aleesa feared she was going to get a scolding for the ruckus, but instead he was about to give them a treat.

He handed each of her children a piece of chocolate, which was gratefully accepted. 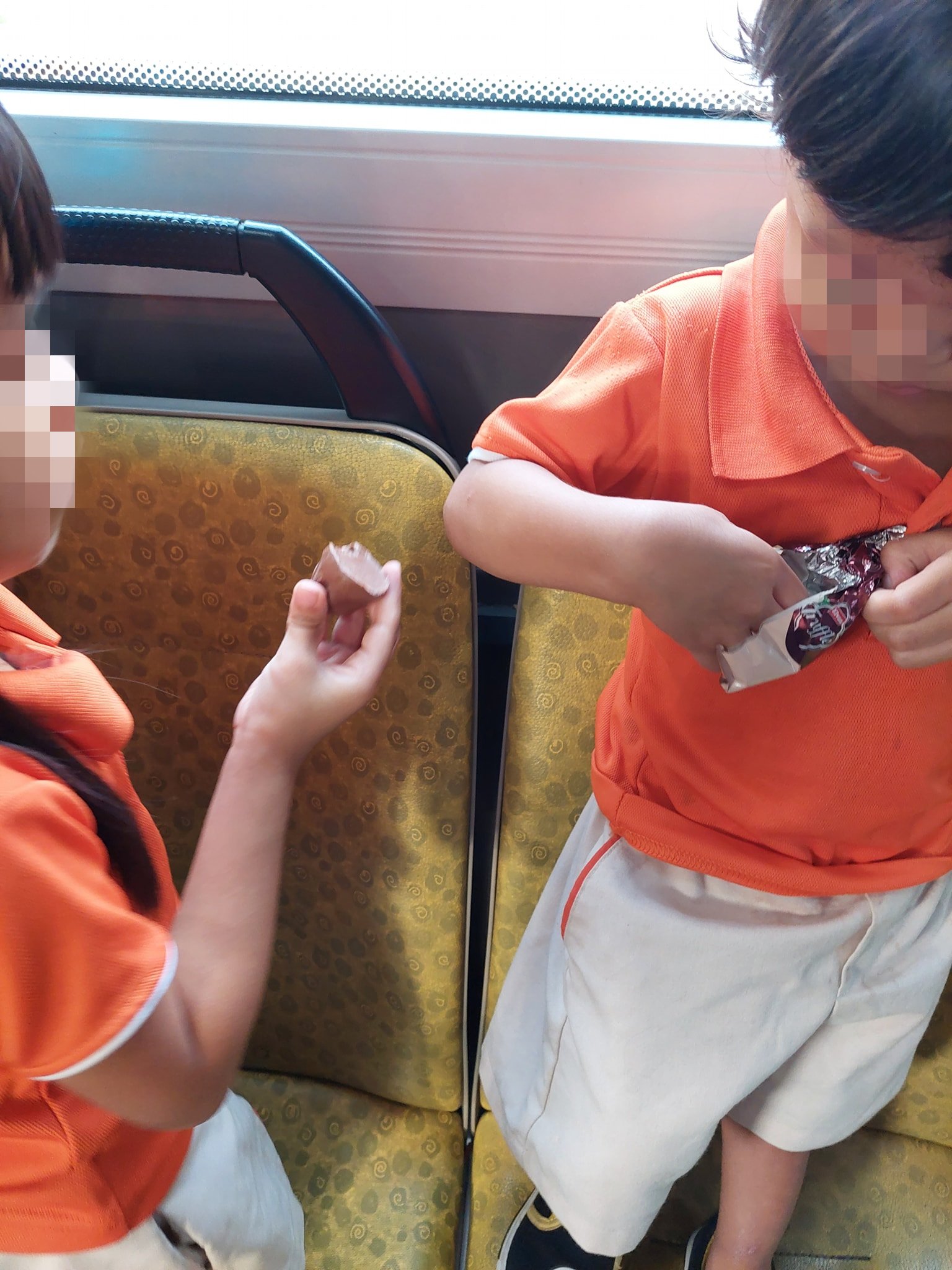 Mother too stunned to speak

When this happened, Ms Aleesa was “too stunned to speak”, she said.

She also almost cried again, as she was touched by the kind act.

While she raised her hands to thank the driver through his rear-view mirror, she felt it was necessary to give him a shoutout over social media so more people will know of his good deed.

It seems to have worked – Tower Transit saw Ms Aleesa’s post and shared it.

They said they’ll pass along her compliments to the driver.

The company also identified him as Mr Zeng Guang Bing.

On her part, Ms Aleesa has said she won’t forget to bring her nursing cover again when picking up her children from school.

She also accepted her fault for forgetting the cover and for her children eating on the bus.

However, most netizens didn’t blame her, knowing how tough it can be for parents with uncontrollable kids.

Some also said she was lucky to have encountered Mr Zeng – other bus drivers aren’t so accommodating towards noisy children.

Kudos for a simple but kind act

When parents are faced with a difficult kid in public, they may just need some understanding and perhaps a helping hand if possible.

So kudos to Mr Zeng for his simple but kind act to lift the spirit of a struggling mother.

While bus drivers have a stressful job, it’s when they take the time to help passengers that they do their profession proud.