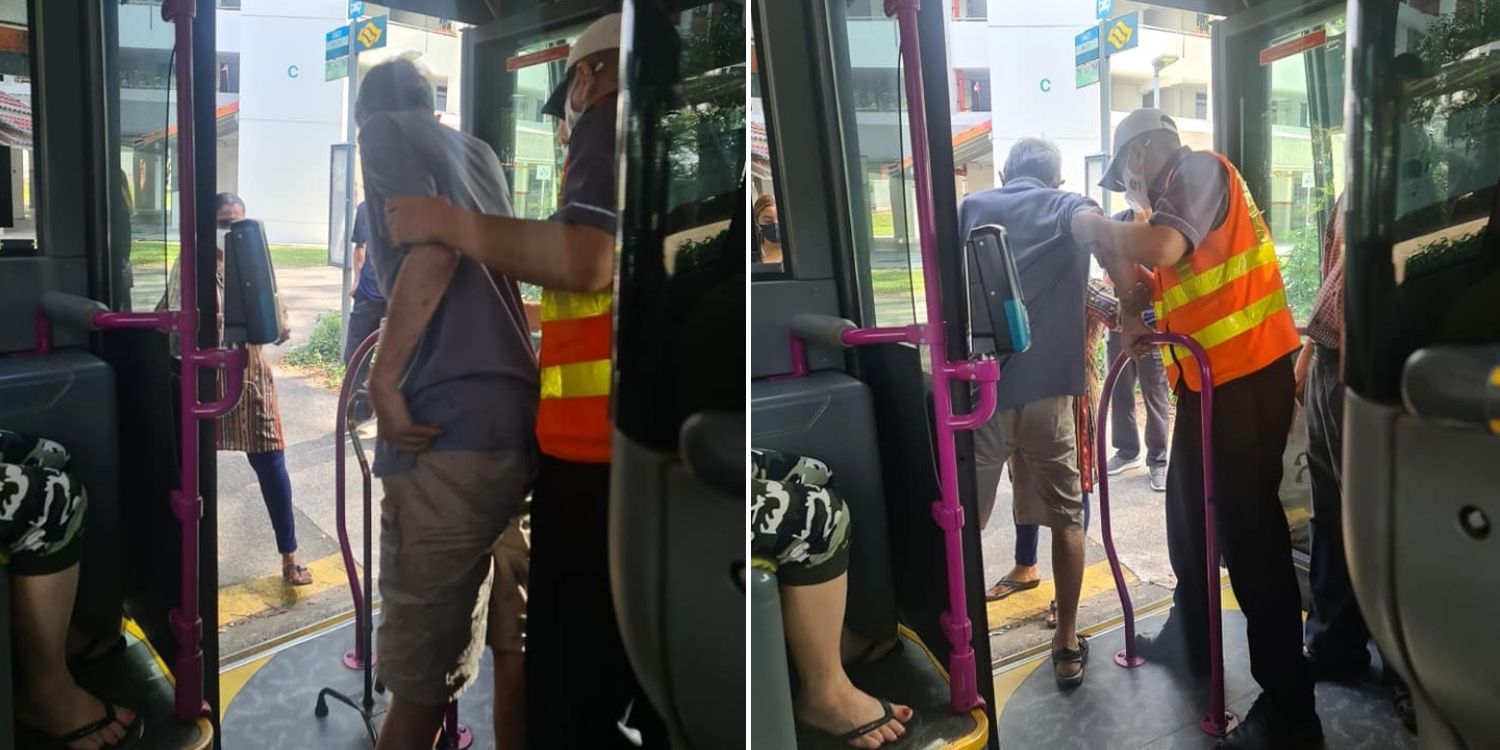 The elderly man had difficulties walking even with a cane.

Ever now and then, Singaporeans’ hearts are warmed by our bus captains who very often go above and beyond in their services.

On Friday (5 Feb), an SBS bus driver came out of his operator seat and helped a frail senior citizen alight safely. The heartwarming incident was caught on camera and pictures of the driver in action started circulating on social media. Praises soon poured in from netizens who were touched by the driver’s kindness.

According to a post in the COMPLAINT SINGAPORE Facebook group, an SBS Transit bus driver was seen helping a senior citizen alight from the rear door.

The uncle allegedly had difficulties walking even with the support of a cane. 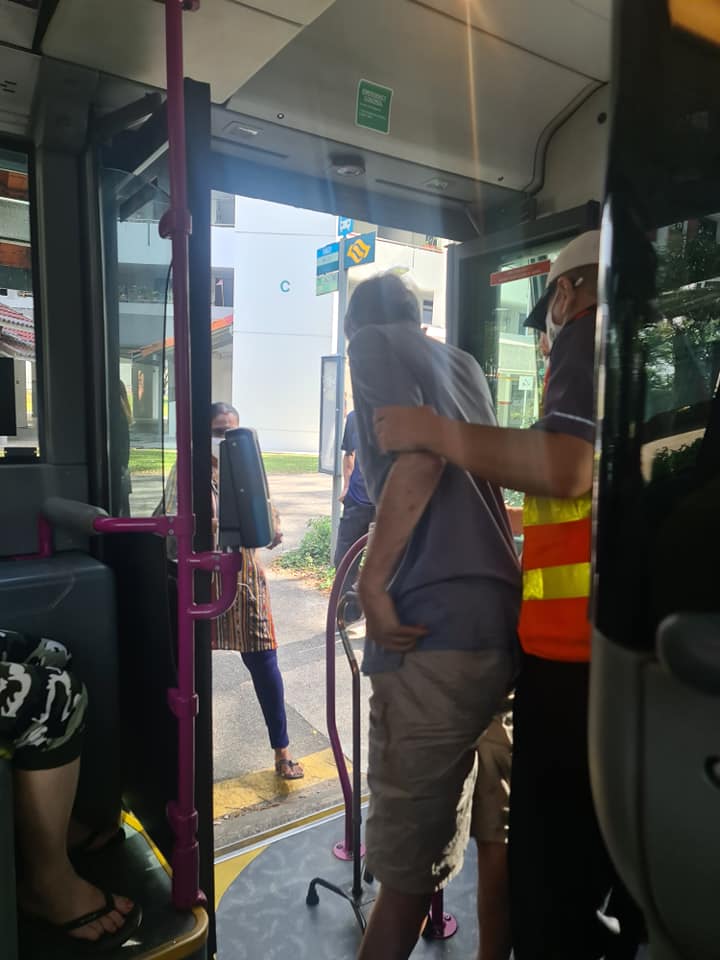 Seeing that the senior needed help, the bus driver got off his seat and offered support so he could alight safely. 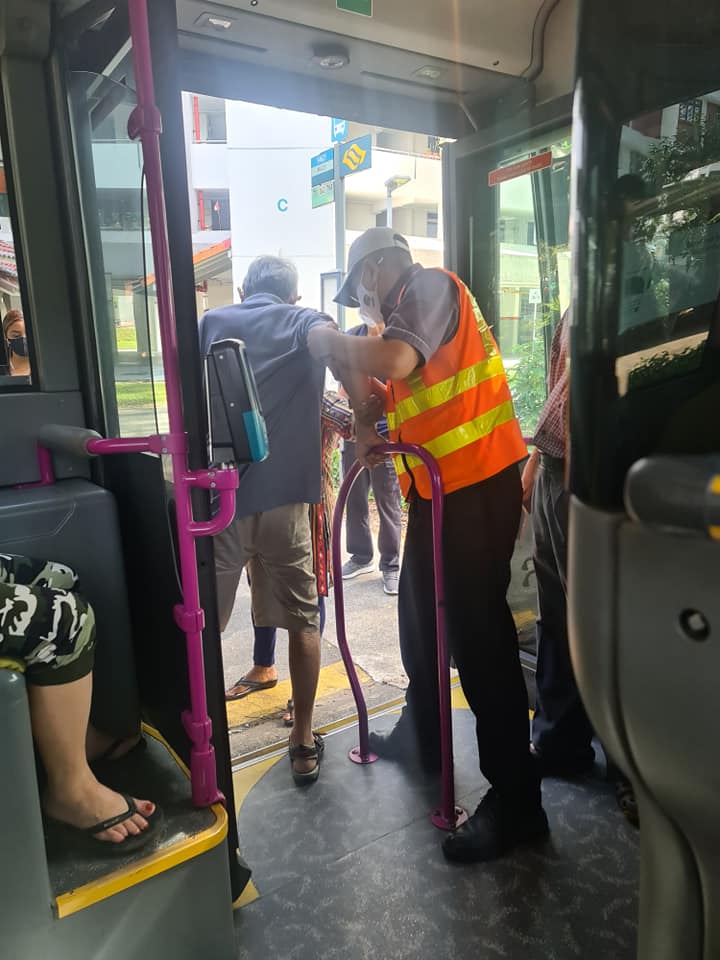 Thanks to him and another kindhearted passenger, the feeble senior citizen got off the bus safe and sound. 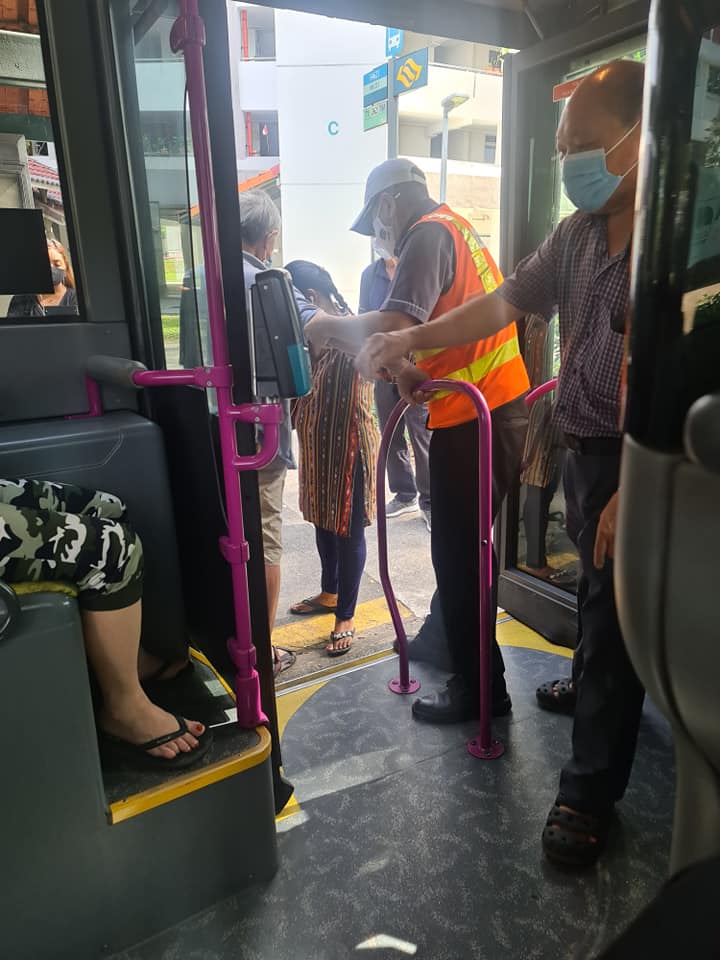 Seeing how he went out of his way to ensure the elderly alights safely, many netizens were moved by the bus driver’s act of kindness.

One netizen, speaking on behalf of many of us, thanked him for such a warm gesture.

Another aptly pointed out that our society can never have too many of such dedicated bus captains.

One netizen said that the bus driver deserves an award for his thoughtfulness and patience towards our elderly.

It’s heartwarming to see the bus driver going out of his way to help the elderly passenger.

We hope his actions inspire others to do the same and be more patient and generous towards our seniors.

Have you encountered bus drivers doing the same? Share your experiences with us in the comments below!