Bus Flips Over After Being Hit By Train In Thailand, Many Deaths Reported Among 65 On Board The bus was hit while crossing the railway tracks.

Bus Flips Over After Being Hit By Train In Thailand, At Least 20 Reported Dead So Far

Life is short, and even you think you’re young and healthy, it can be taken away from you anytime, in the blink of an eye.

That proved true for the passengers on a bus in Chachoengsao province, Thailand, after they were hit by a train on Sunday (11 Oct).

The bus flipped over on its side, and so far, 20 deaths have been reported among the 65 people on board.

Warning: Some of the images may be distressing. 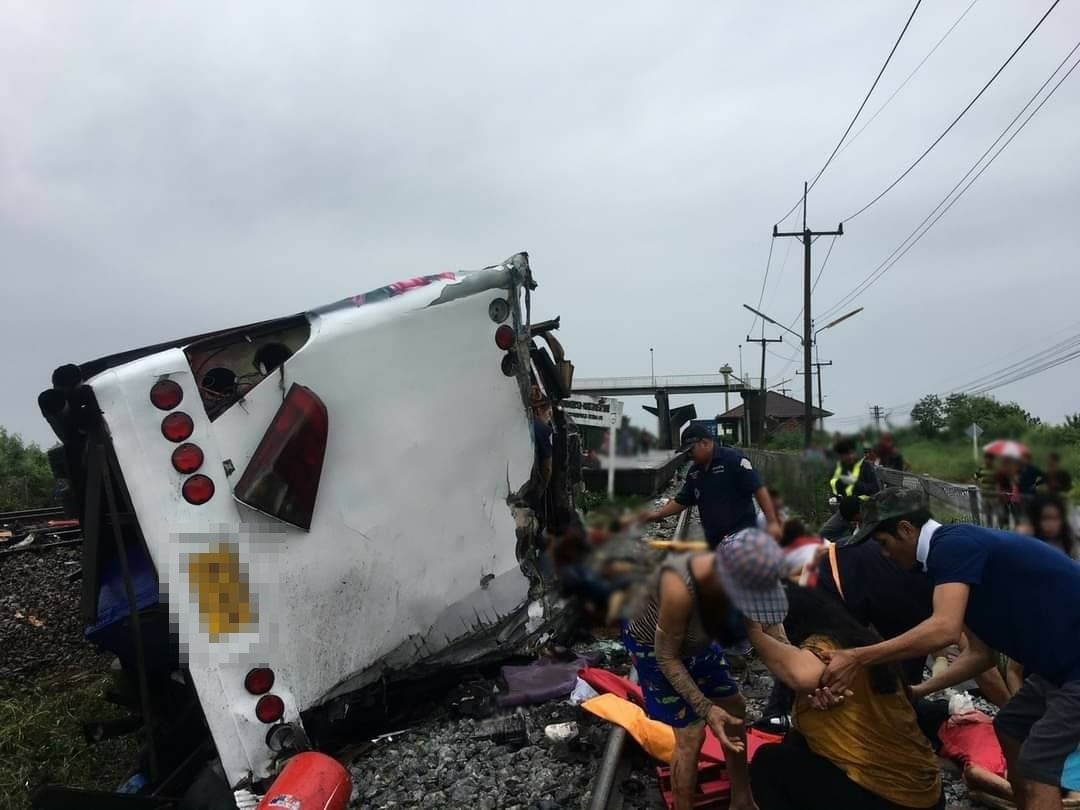 Passengers were on the way to temple

The bus was on the way to a temple that was holding a ceremony to mark the end of Buddhist Lent, reported the Bangkok Post.

At about 8am, the bus was near Khlong Kwaeng Klan railway station, which is about 50km east of Bangkok.

It was crossing the railway tacks when it was hit by a passing train.

The impact caused the bus to flip over onto its side, and its roof was ripped off.

From photos, the mangled body of the bus can be seen amid debris and passengers’ belongings. 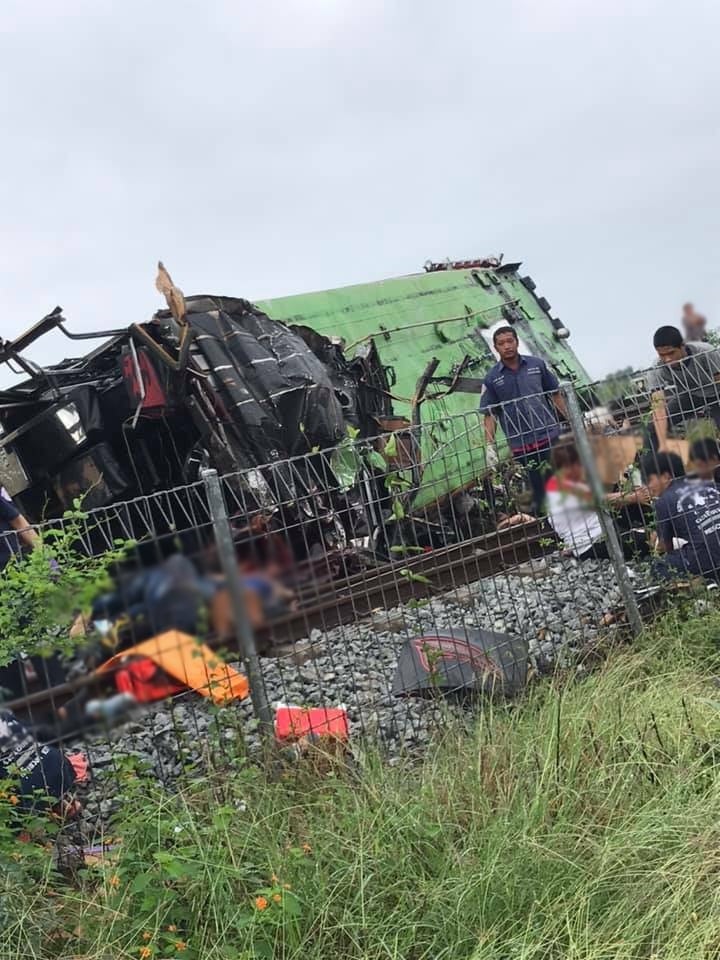 Horrifically, a few bodies can also be seen lying on the ground.

There were 65 passengers on board, reported The Guardian.

The Bangkok Post put the number of fatalities at 20, but said there were about 60 on board.

29 others were also injured, it quoted the provincial governor as saying.

As more details come in, these numbers are set to rise. 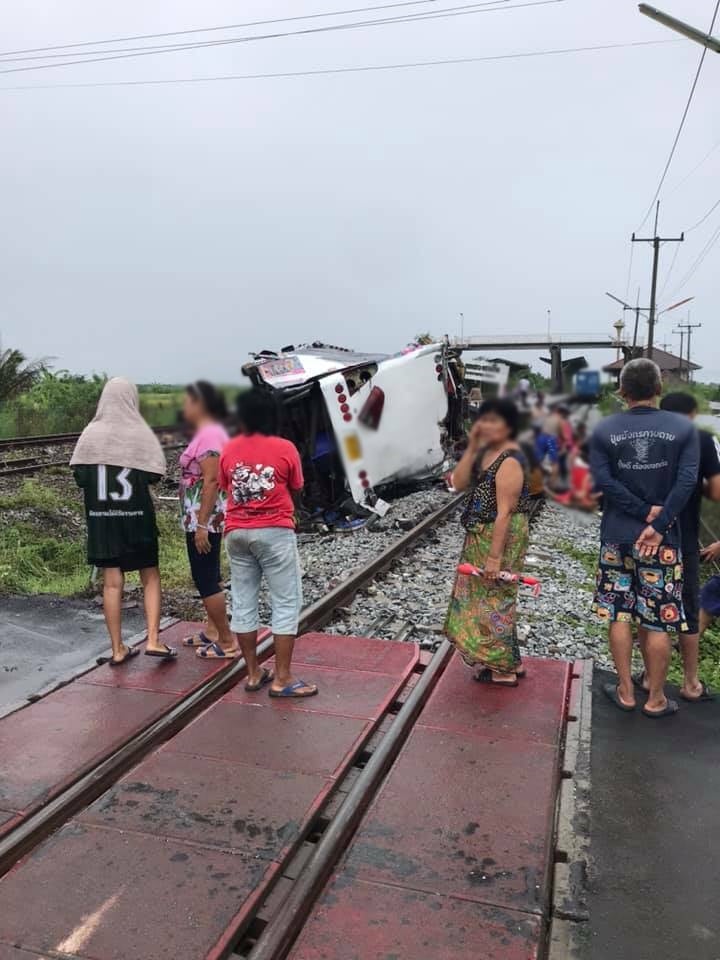 Driver may not have seen train

According to The Guardian, the authorities said on TV that conditions were rainy at the time.

Thus, the bus driver may not have seen the train.

There were no barriers at the crossing.

Currently, officers are still helping the survivors, according to an eyewitness, who posted a video of the scene on Facebook.

Treasure your life while you can

No one expects their life to be taken while riding a bus, and something like this can truly happen to anyone.

That’s why it’s important to make full use of your life while you can, and spend time with people you love.

MS News sends our condolences to the families of the deceased, as well as those injured in the accident.