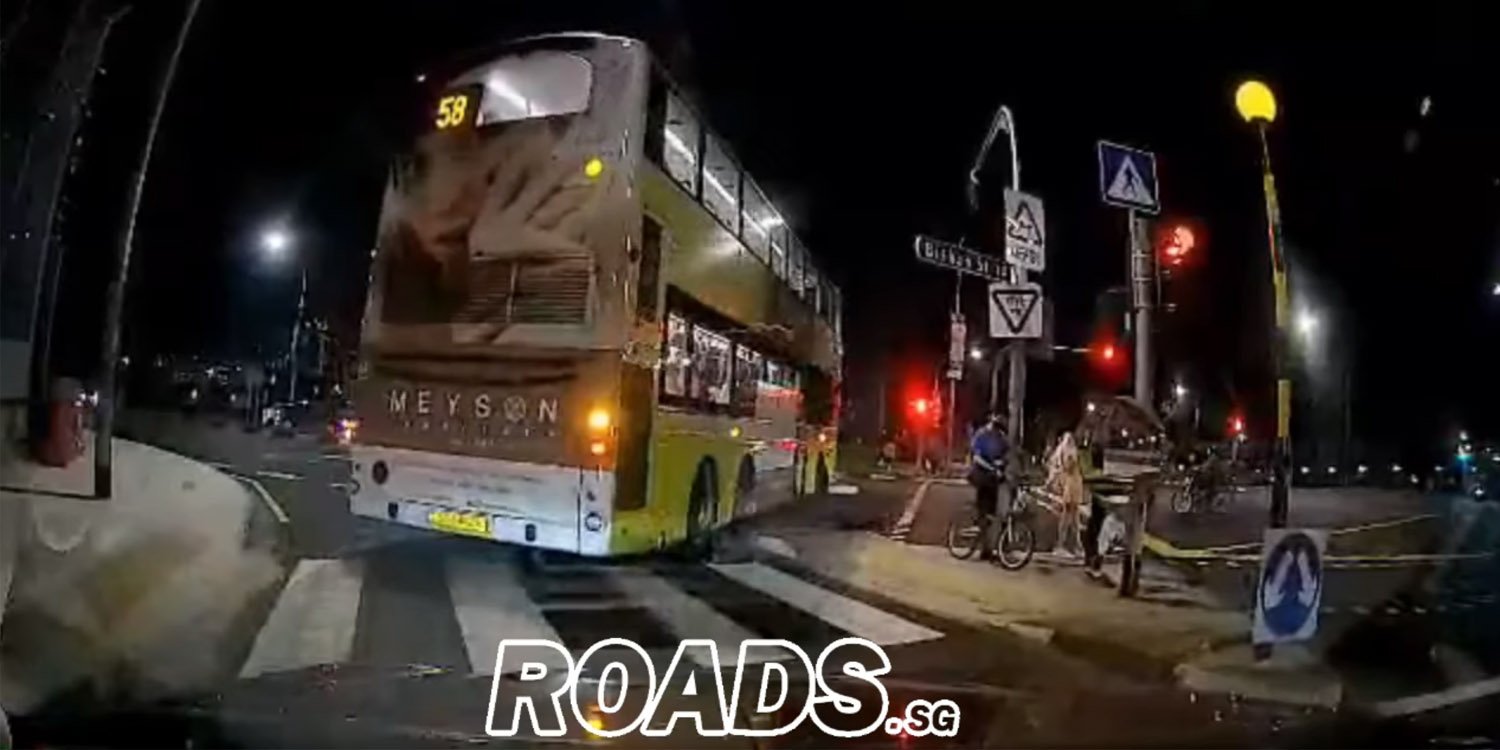 Most drivers would be familiar with the sian-ness associated with making a wrong turn.

When such blunders happen, most drivers would likely make a U-turn at the next possible junction and return to the intended route.

On Thursday (5 Aug), however, an SBS Transit service 58 bus captain was spotted making a wrong turn in Bishan.

But instead of making a U-turn at a junction where it’s permitted, the bus captain dangerously reversed on the main road and mounted a refuge island on which pedestrians were standing. 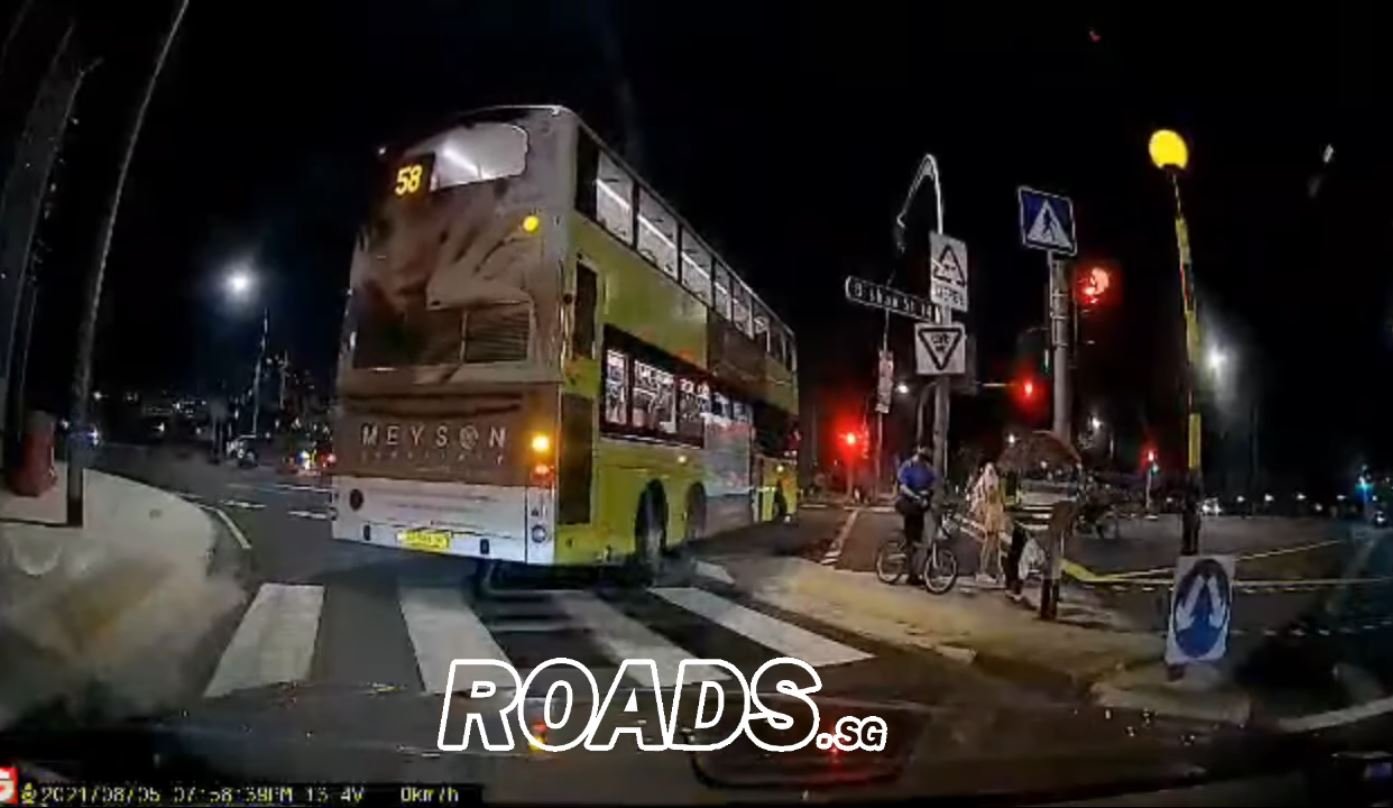 In a video clip uploaded on the ROADS.sg Facebook page, an SBS service 58 bus was seen travelling along Bishan Road.

According to the page, the incident happened on Thursday (5 Aug) at around 7.58pm.

As the bus approached the intersection with Bishan Street 14, it started veering left and switched on its left turn signal. 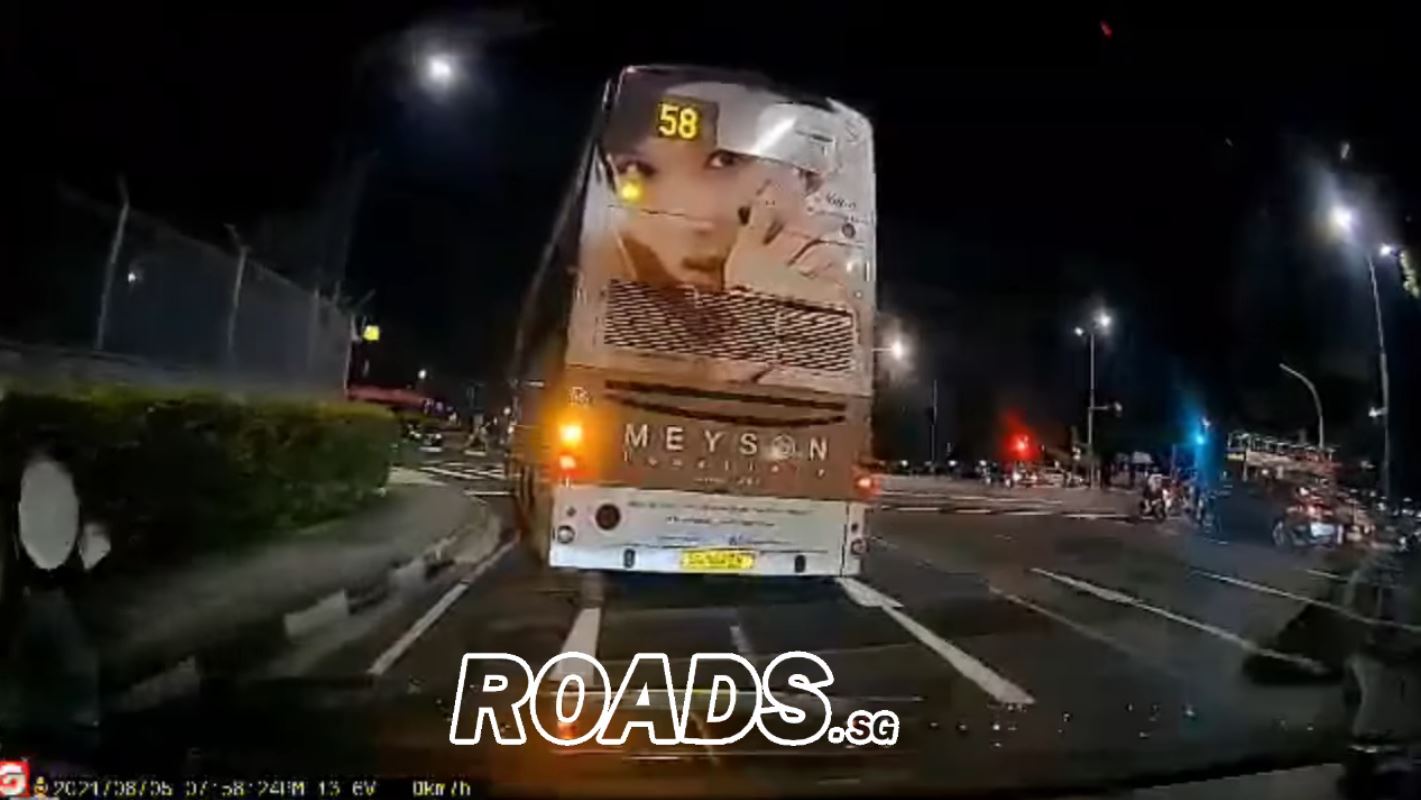 However, this wasn’t the route it was supposed to take. Here’s a map to better illustrate what was happening. Perhaps the driver had mistaken the intersection for the turn further ahead, which connects Bishan Road with Bishan Street 11.

It seems realisation struck for the driver halfway through the turn, as the bus came to an abrupt stop at the zebra crossing. 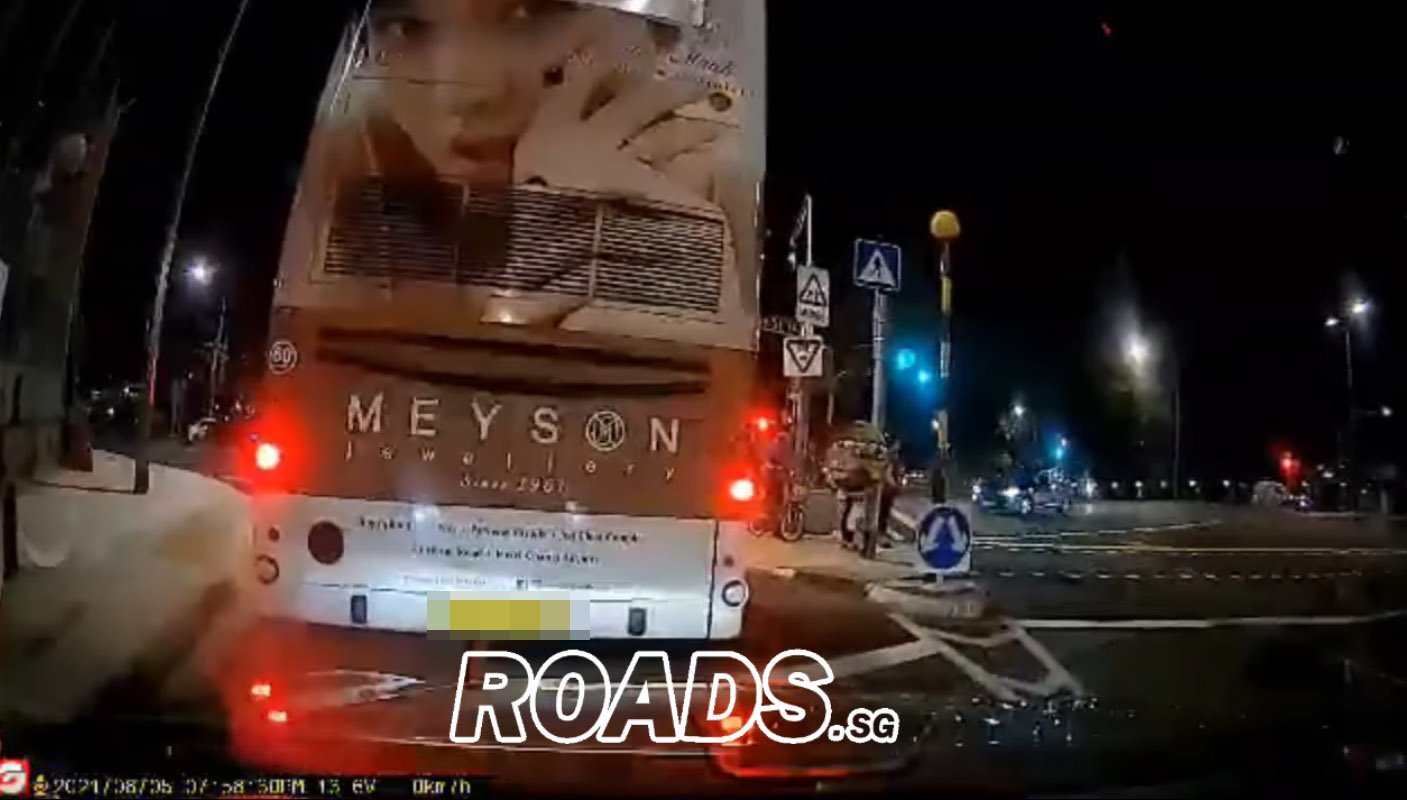 The left turn signal that was previously blinking was soon substituted with the right-turning one. 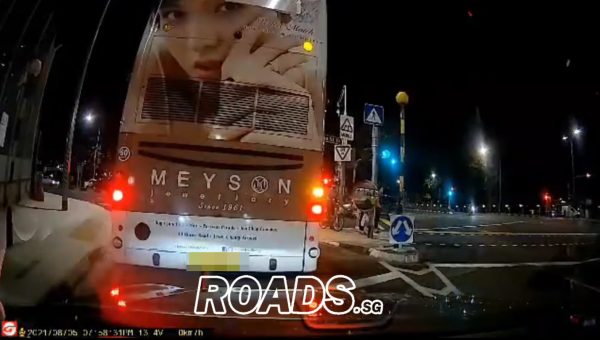 Seconds later, the bus made an unusual turn to the right, mounting the pedestrian island on which 3 pedestrians were standing. 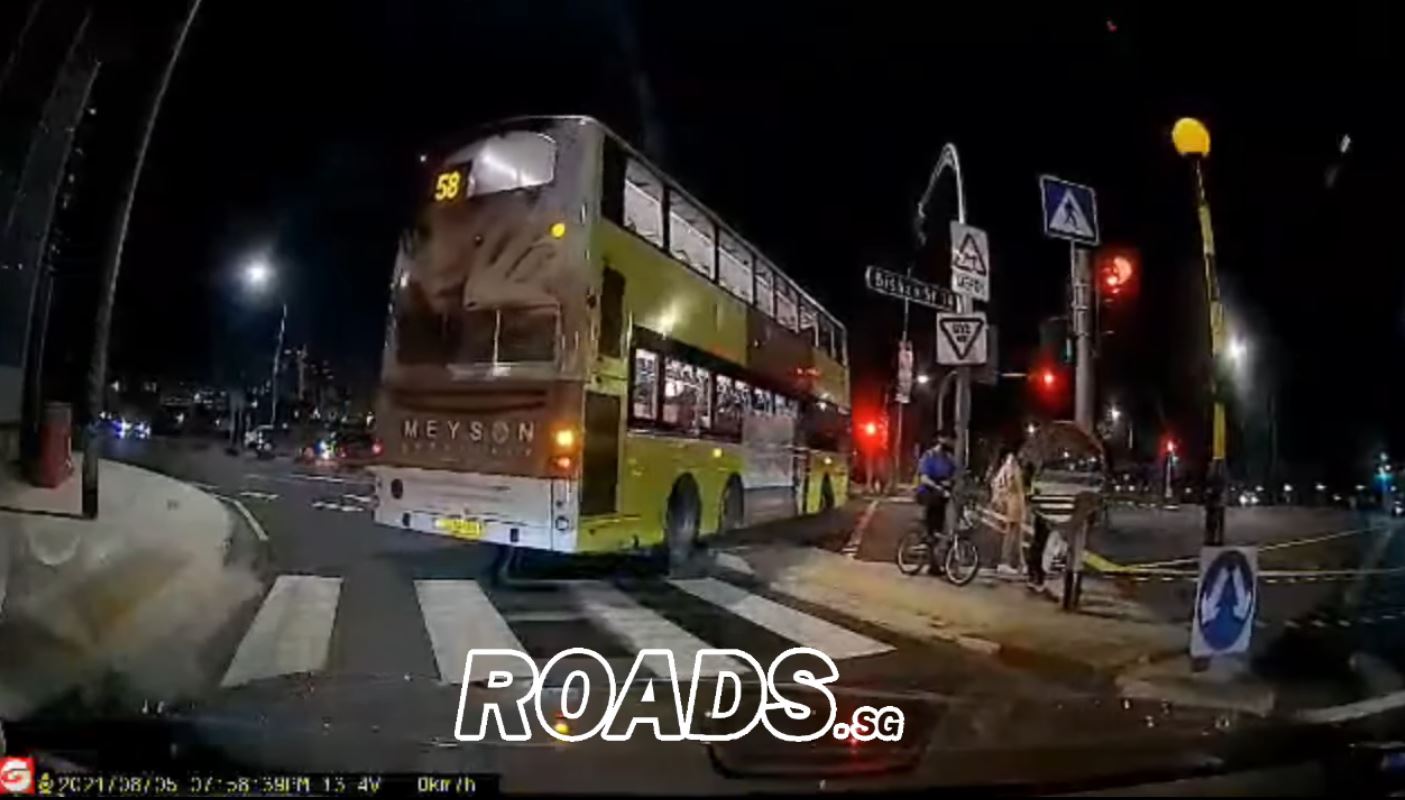 A motorcycle attempting to turn could only stare awkwardly at the bus’ dangerous manoeuvre. 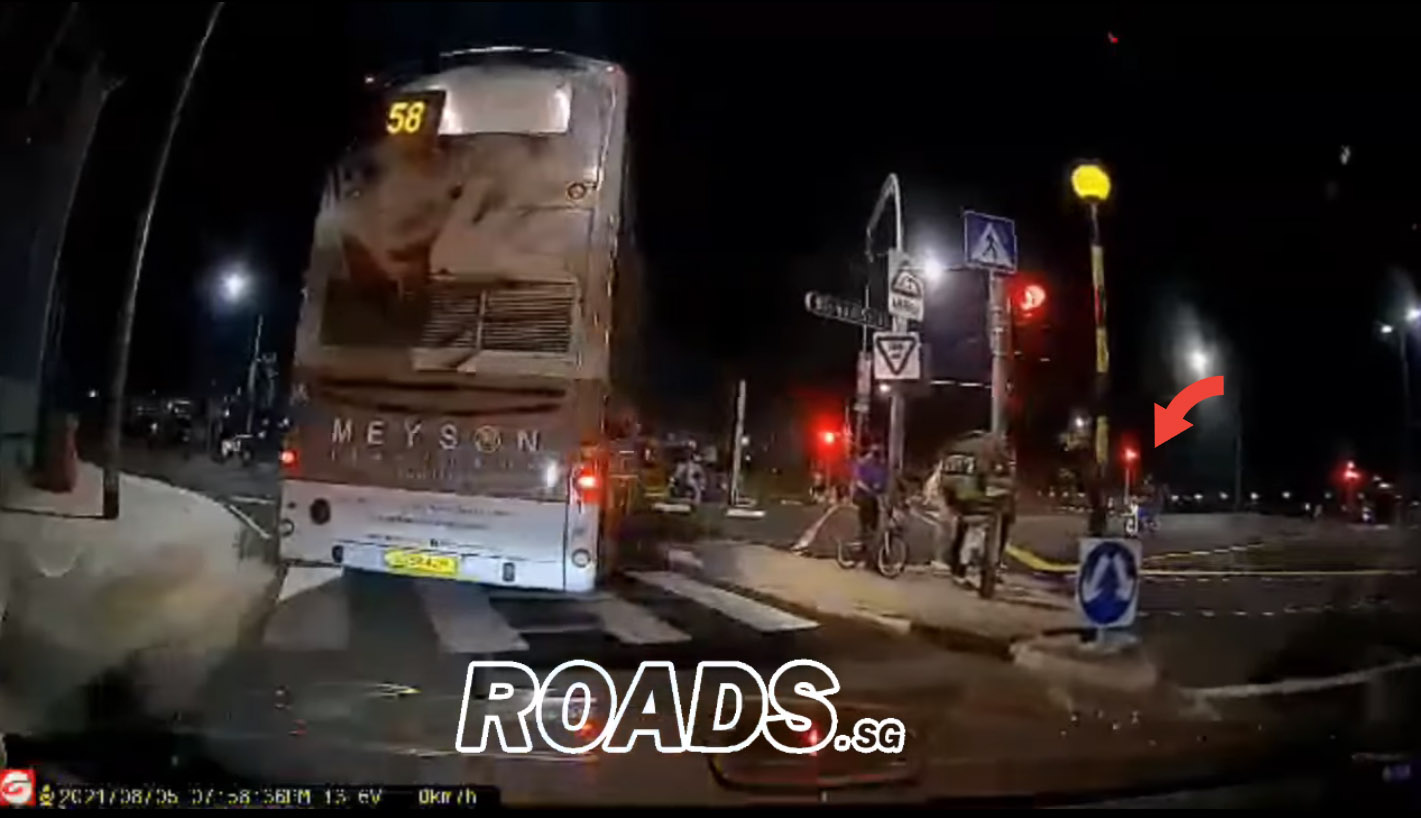 After completing the turn, the bus returned to its intended route along Bishan Road.

Countless netizens have since criticised the driver for their dangerous actions.

This Facebook user pointed out that 2 wrongs do not make a right in this case and that there are lives at stake.

Another netizen was more lenient and said the driver in question could be new to the job.

MS News has reached out to SBS Transit for a statement and will update this article when they get back.

Reversing on a main road is extremely dangerous

Going against the direction on a main road is extremely dangerous and can easily cause accidents.

Though bus drivers are not immune to making wrong turns, perhaps making a legal U-turn or contacting officers at the control station for help would have been safer choices.

We hope SBS takes a serious view of this incident and addresses the issue with the driver sternly.