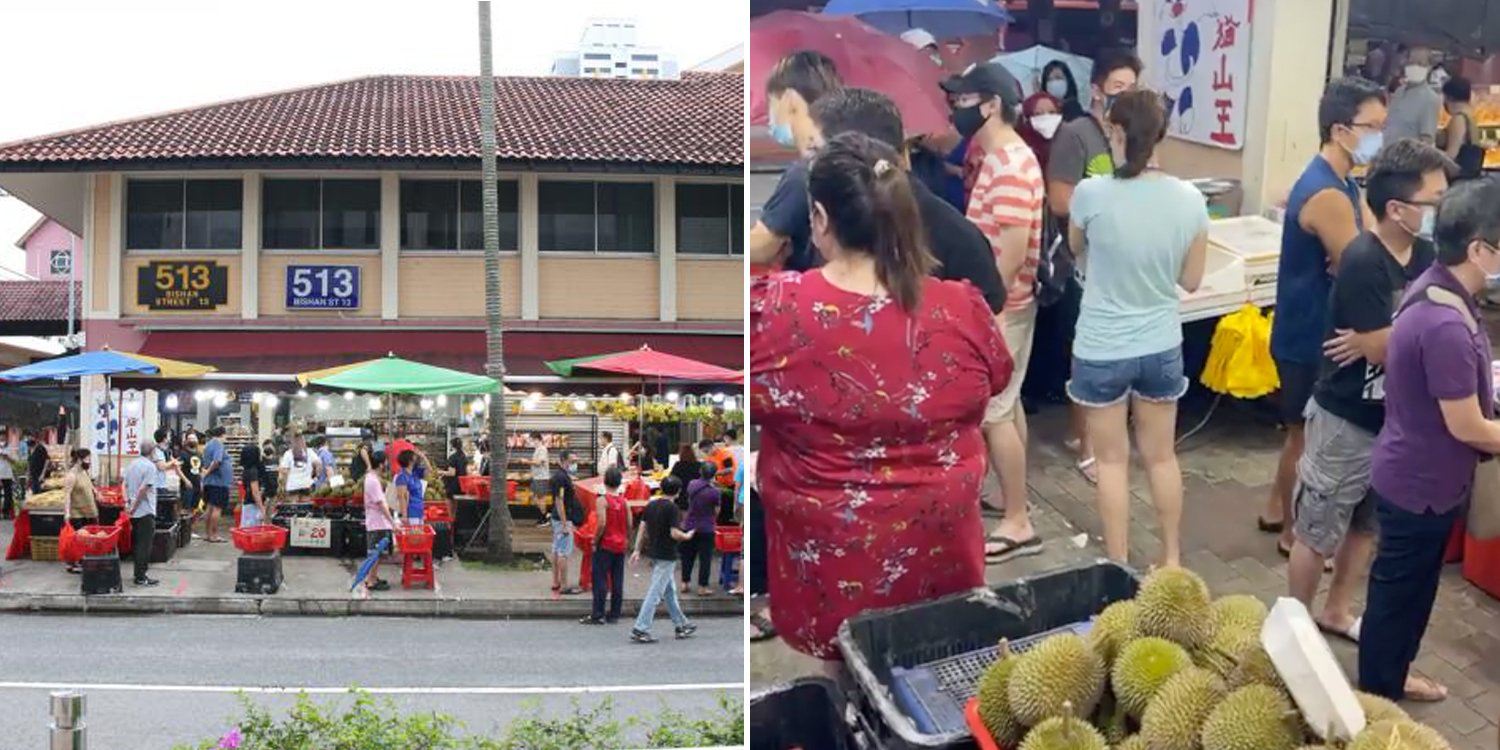 Crowds were drawn in by the $5/kg MSW promo.

Bishan Durian Stall Gives Away 50kg Worth Of MSW For Free

Singapore might not have 4 seasons but we do have a favourite season — durian season.

During durian season, many stalls run promotions, including a stall at Bishan which offered 1kg of Mao Shan Wang (MSW) durian at just $5.

But the promotion attracted a crowd and snaking queues were seen at the stall. 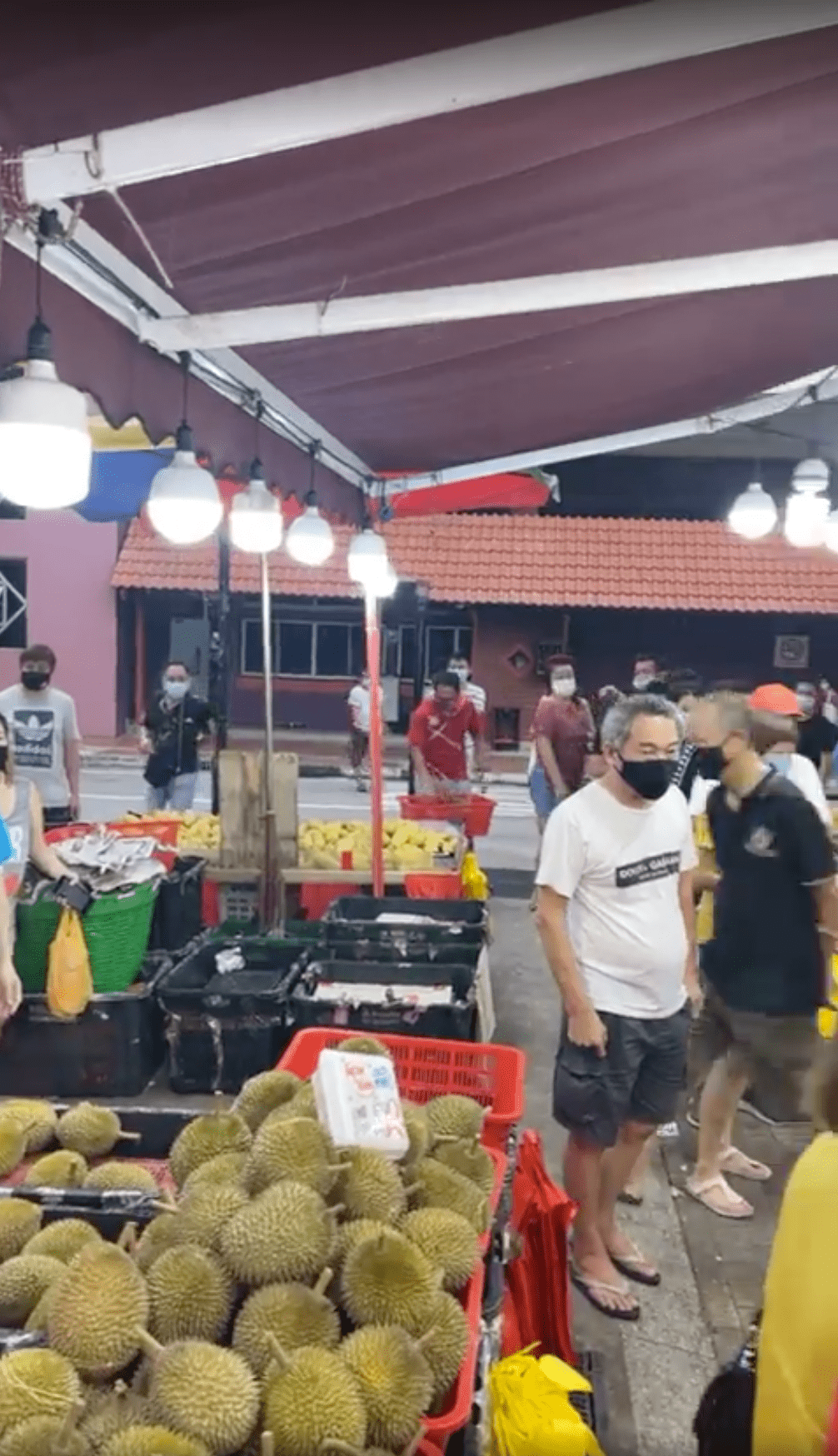 In order to ensure safe distancing measures were followed, the stall owner then gave away 50kg worth of MSW durians for free to disperse the crowd. 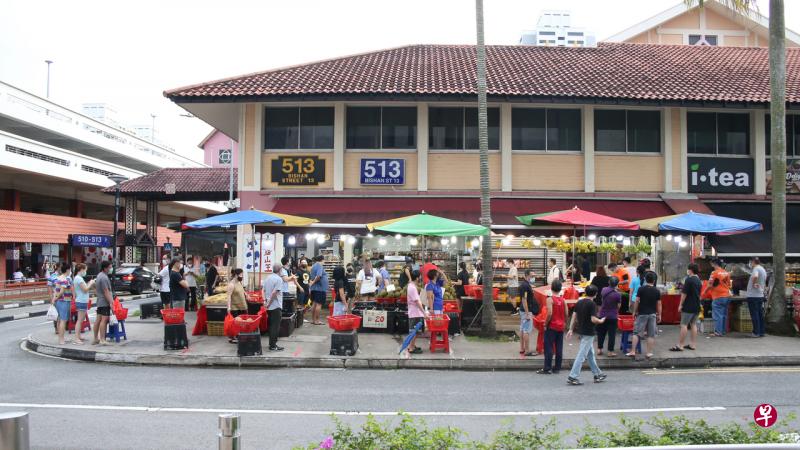 This comes as the stall announced a $5/kg massive promotion for their MSW durians the day before.

Under the promotion, each customer was limited to 2 purchases on a first-come-first-serve basis.

Speaking to Lianhe Wanbao, the stall owner shared that customers started queueing up early on in the afternoon.

When it started raining that afternoon, some passers-by also sought shelter at the stall, adding to the crowds. 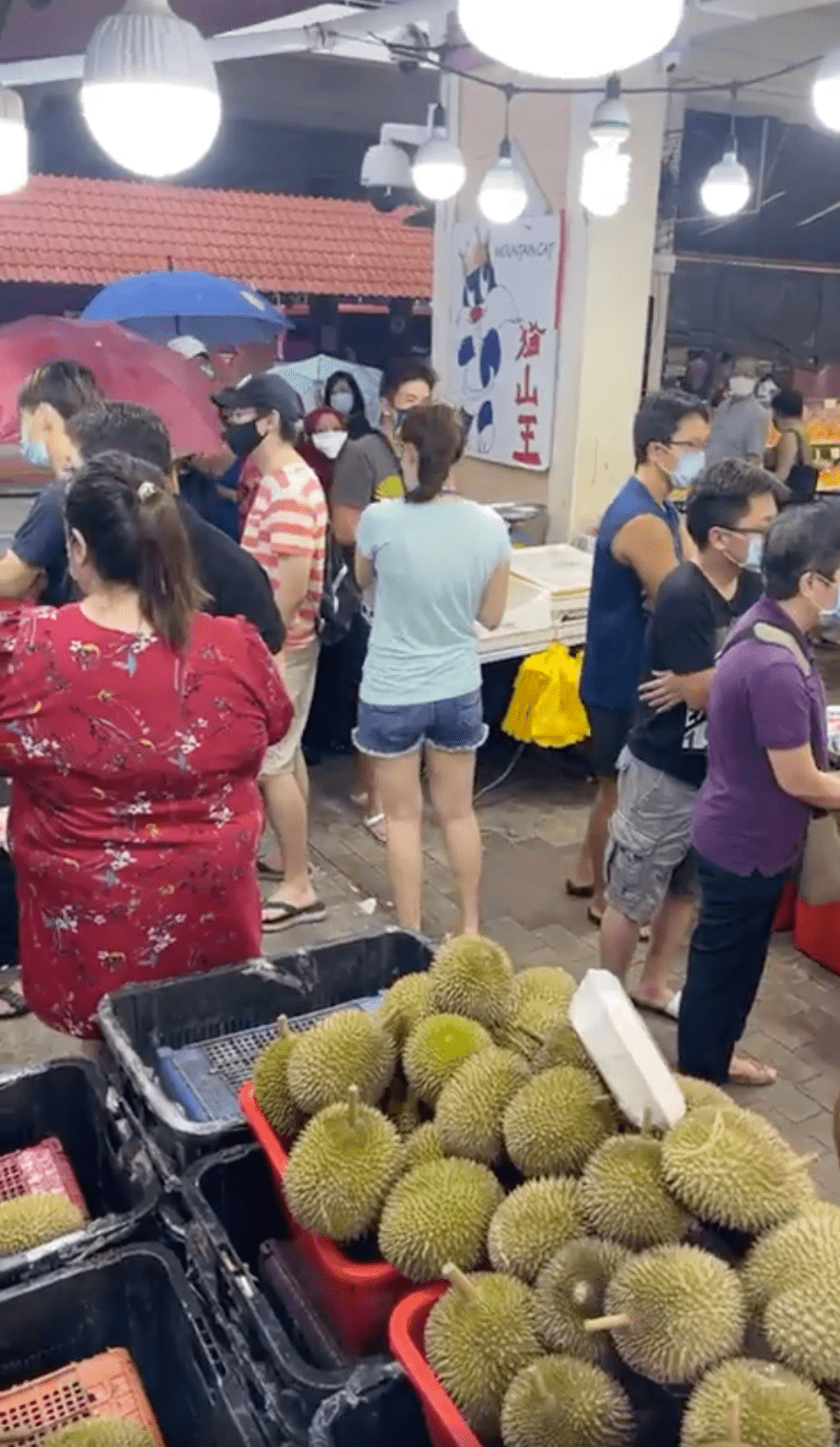 In a Facebook live video by the stall, the staff can be heard repeatedly asking customers to keep 1m apart.

He also emphasised in the video that they will ensure safe distancing measures are adhered to.

Seeing the growing crowd, the stall’s owner decided to then give away the MSW durians on promotions for free to disperse the crowd.

According to Lianhe Wanbao, by the time reporters arrived at 5pm, all 50kg of MSW durians had already been given out.

The stall owner shared that with about 1 week left of the durian season, they initially ran the promotion to boost sales.

But seeing the huge crowds, they worried about violating safe distancing measures and gave away the durians instead.

Even after giving out the MSW durians, Lianhe Wanbao noted that there were still about 20 customers queueing to purchase other durians.

Staff will ask customers to ensure they are safely distanced from time to time.

At about 5.30pm, police officers were also seen on site, reminding the public to adhere to the measures. 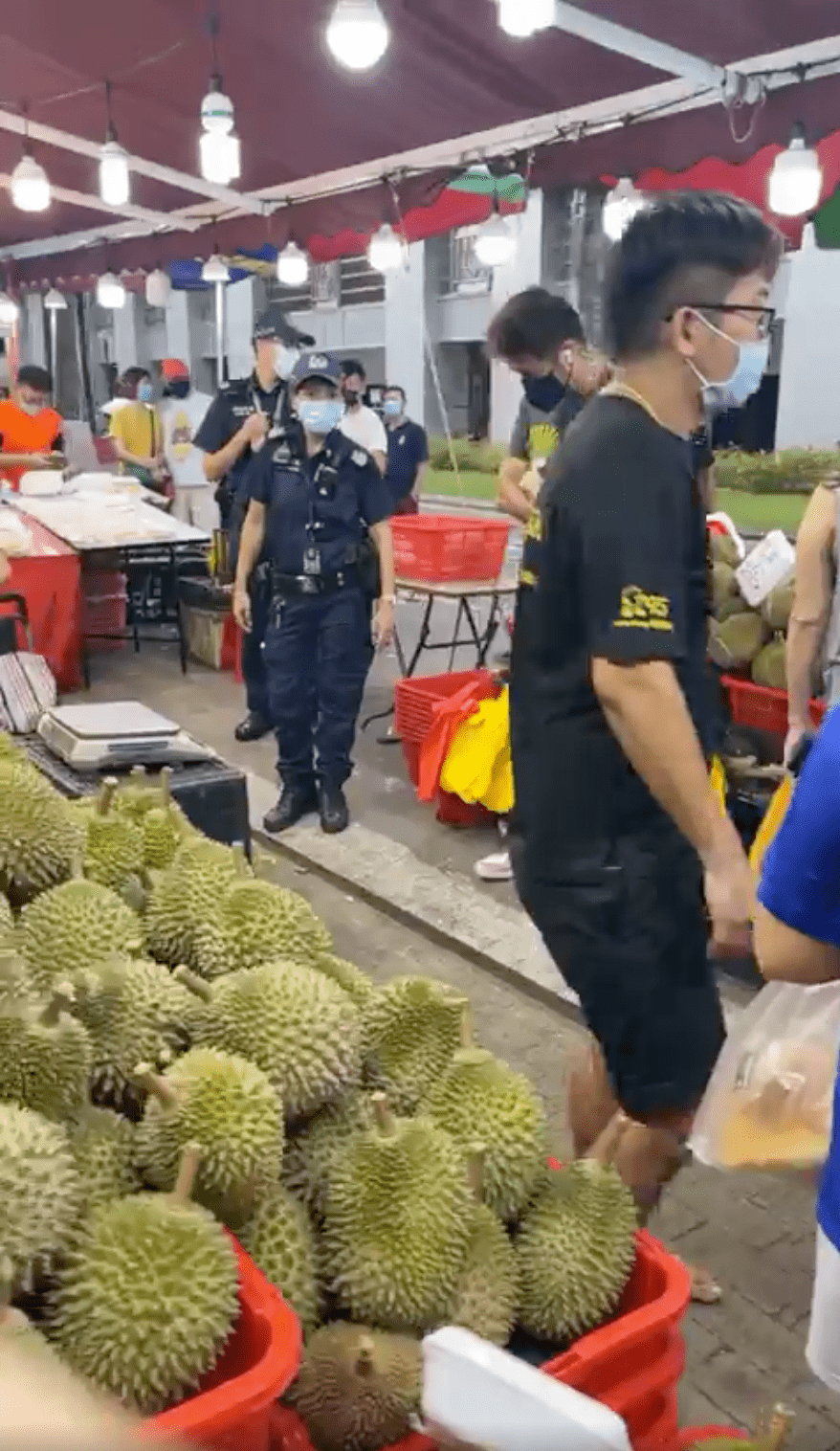 Kudos to the stall owner for putting safety first

One thing’s for sure — Singaporeans certainly love their durians, especially for a good deal.

But with the pandemic still ongoing, safety has to take priority.

Kudos to the stall owner for choosing to put the safety of his customers and staff above his profits by giving the durians away for free.