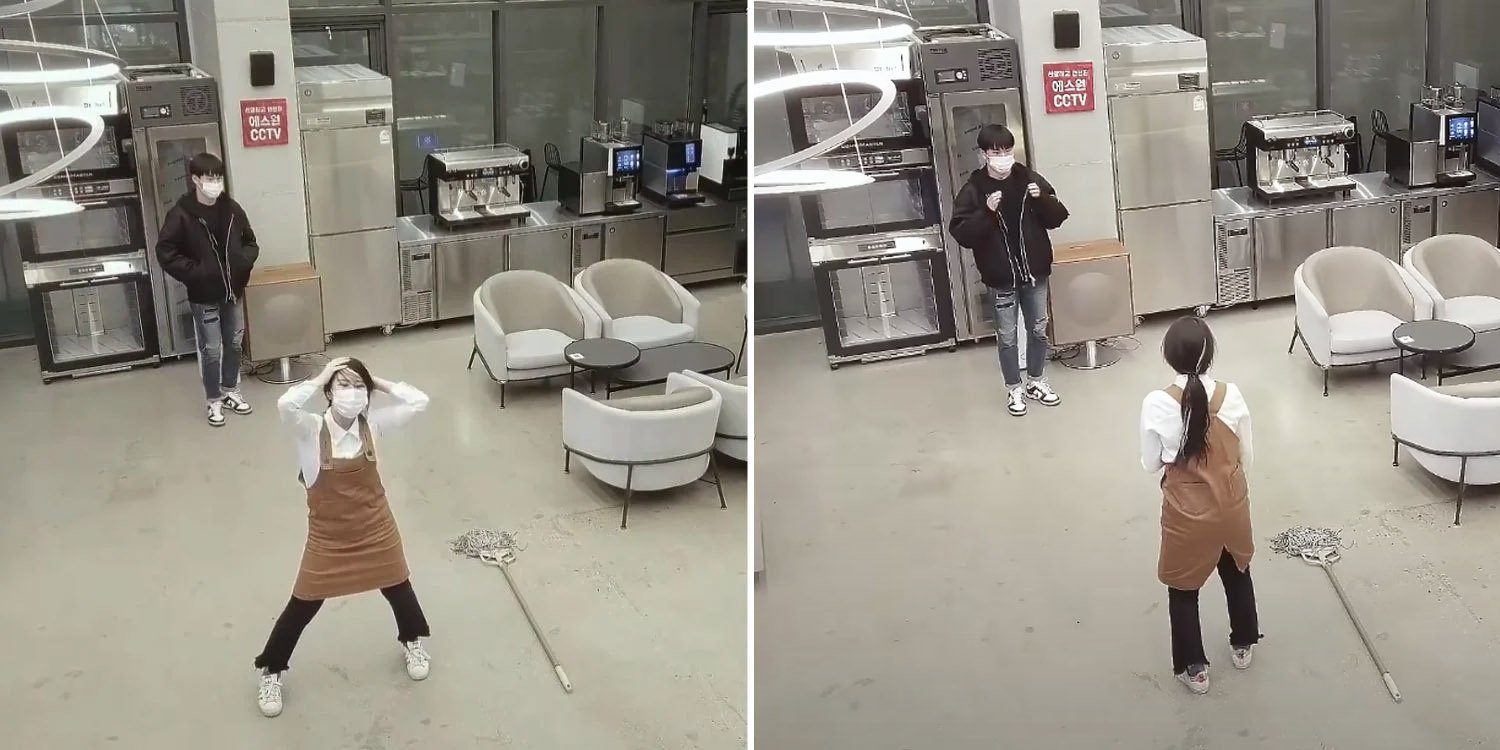 Some may find it hard to accept K-pop, but it’s even harder to deny that the tunes are extremely catchy. While the melodies and beats got us humming the songs unconsciously, you can even catch some folks pulling out a dance move or two occasionally.

While cleaning a café in South Korea after a day of service, a worker masterfully danced the choreography to K-Pop group, ITZY’s ‘Loco’.

However, unbeknownst to her, the café manager stepped into the establishment halfway through her dance routine.

As she turned back and met eyes with her manager, she cowered away in embarrassment as the manager applauded her dance moves.

The clip started out with the café worker slowly getting into the groove of the song as it was blasting throughout the café.

When the song progressed to the chorus, the café worker dropped her broom and broke into the full choreography of the song.

Café owner walks in on her mid-dance

As she continued through the song, a part of the dance required her to look behind her and it was at this point she made eye contact with the café owner.

The café owner, dressed in a black bomber, had slipped into the café while she was dancing away and watched her go through the motions.

As soon as their eyes met, the café worker cowered in embarrassment.

Bewildered by the reaction, the café owner awkwardly clapped for her ‘performance’.

The video ends as the cameras zoom into a sign that reads in Korean, “Clean and sharp, S1, CCTV”.

Café worker is a South Korean YouTuber who dances in public

Those words seemed to allude to what seems to be a series of videos on the internet.

After looking through the comments on the video that was shared on Facebook, a netizen pointed out that the café worker is actually a YouTuber based in South Korea. 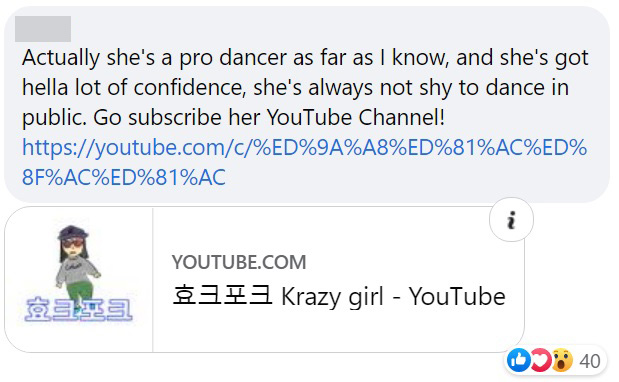 Going by the handle Krazy girl, she has about 500,000 YouTube subscribers and posts countless videos of herself dancing maniacally.

Her getting caught by the café owner also seems to be a plot for a pilot episode of a new YouTube series too.

Staged or not, one netizen said the incident looked as though it came straight out of a Korean drama.

Another netizen suggested that we’re no different from her while we’re in the showers, dancing when we know no one’s looking.

Best remedy for a hard day is to let go

Sometimes, the best remedy for a long day of work is just letting yourself go for a few minutes.

And if that means dancing to your favourite song like there’s not a single care in the world, so be it.

Have you ever been caught in the middle of something similarly embarrassing? Let us know in the comments section below.