A Malaysia-registered car was caught doing the same and both were escorted away.

The Causeway often sees bumper-to-bumper traffic and some can get rather impatient during such congestion.

On Saturday (1 Oct) afternoon, a Singapore-registered Volkswagen was seen trying to cut the queue at the Woodlands Checkpoint.

As the driver tried to force their way into the queue, they were caught by a Malaysian police officer. Their passport was then seized.

Following that, they were allegedly issued a summons of S$47 (RM150).

In a video shared by SG Road Vigilante on Facebook, the Singapore-registered Volkswagen Golf and a red Malaysia-registered Proton X70 car were seen driving in the bus lane along Woodlands Checkpoint.

As the traffic crawled along, the Volkswagen signalled left and tried to force its way into the next lane, holding up traffic in the bus lane.

Moments later, a Malaysia police officer was seen arriving on his motorbike.

After a short while, the officer got back on his bike and rode off, with both the Volkswagen and Proton car following behind him.

The incident took place on Saturday (1 Oct) at about 3.50pm.

A netizen then decided to investigate if the cars were issued a summon from the incident.

According to a photo shared on Facebook, as of 2 Oct, the Singapore-registered car had a summons of S$47 (RM150). 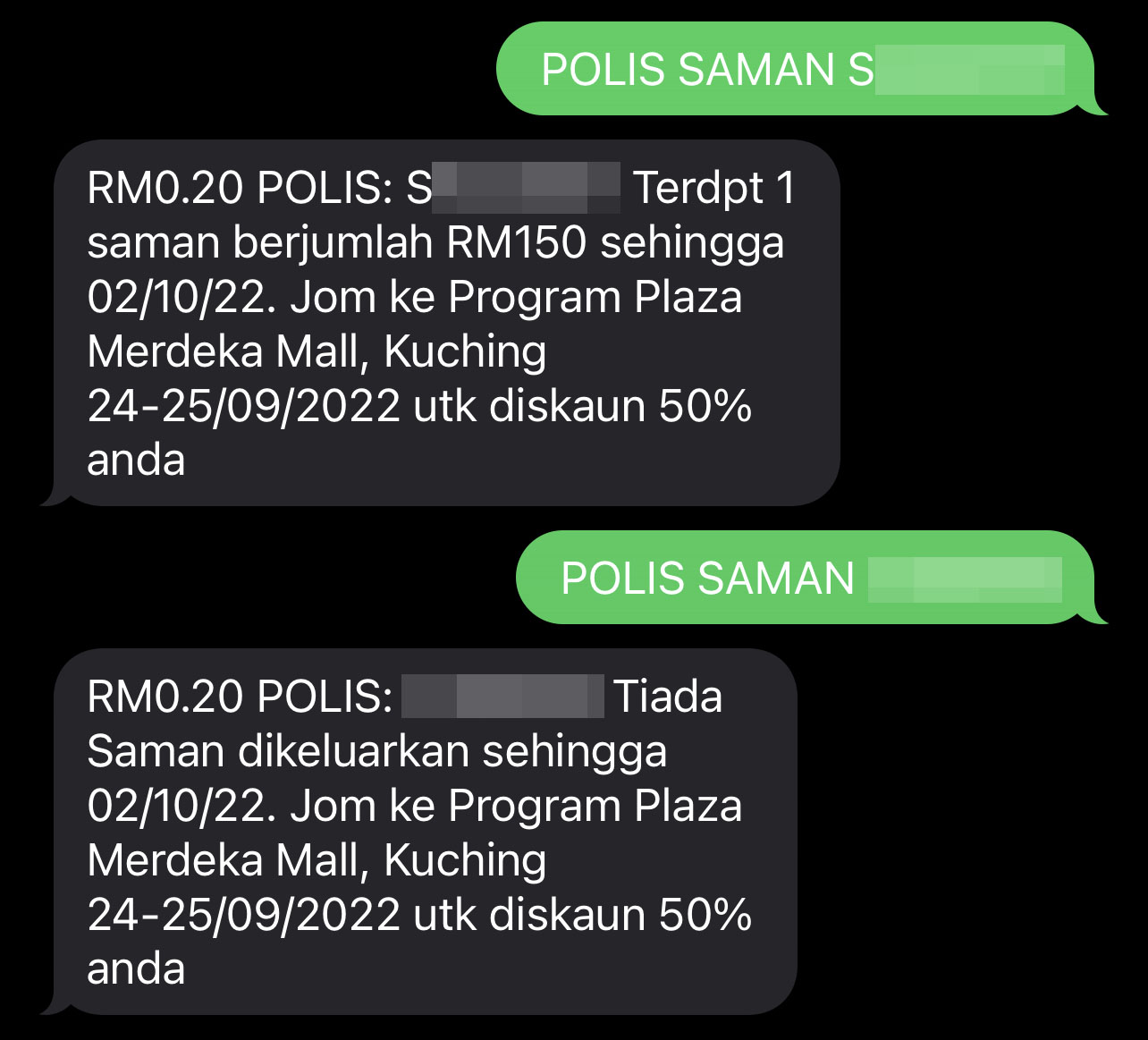 However, it seems that the Malaysia-registered car did not have any existing summons as of 2 Oct.

Many netizens praised the Malaysian police for their prompt action.

Some felt that it was satisfying to watch justice be served to those who try to cut into others’ queues.

This netizen even quipped that both the cars were simply paying a ‘premium price’ to get in the ‘fast lane’ across the Causeway.

This is not the first time such an incident has occurred. While being stuck in traffic is understandably frustrating, it is no reason to use the bus lane in an attempt to cut the line.

So when on the roads, do abide by traffic regulations and respect other motorists to ensure everyone has the smoothest journey possible.