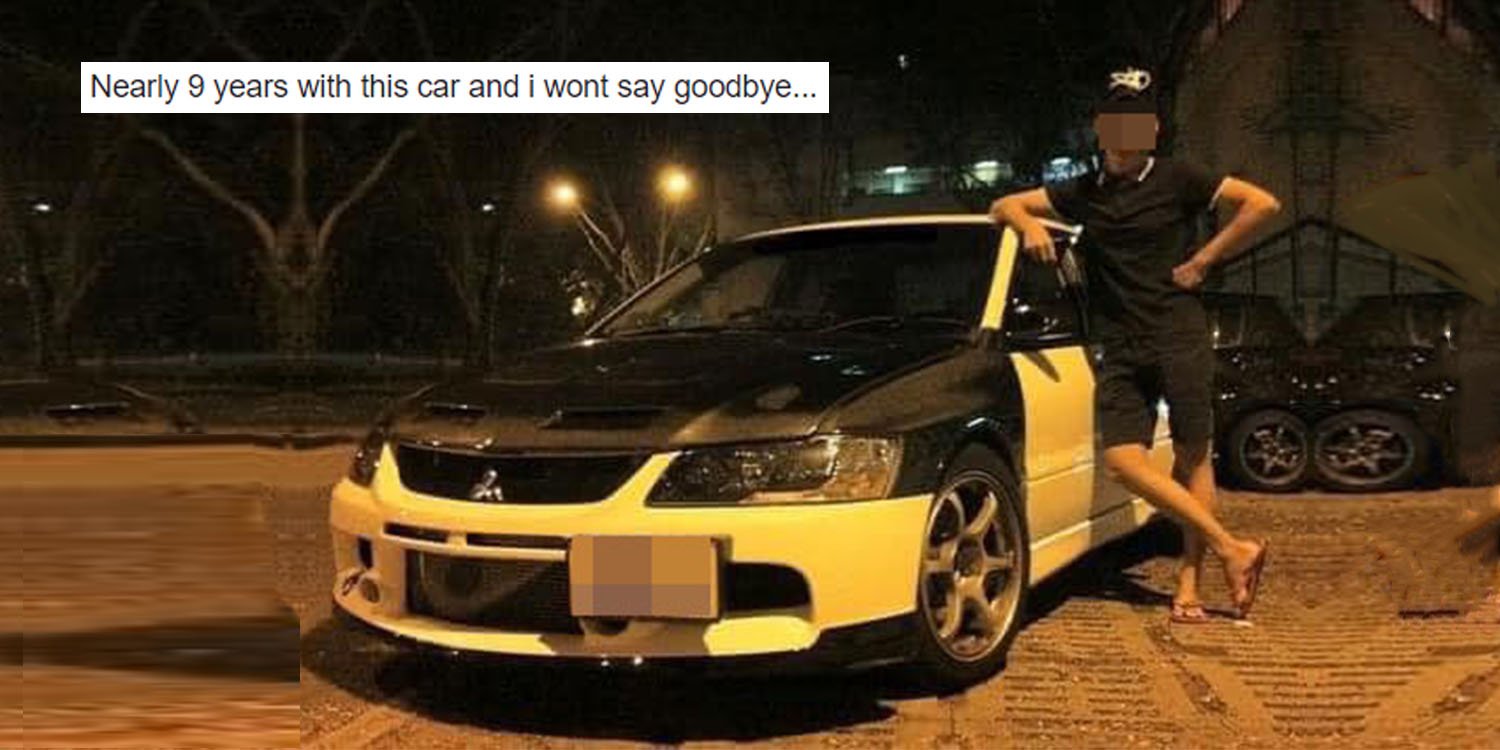 When we think about Man’s best friend, we typically picture a loyal doggo whose steadfast gaze will warm the cockles of your heart.

In this hilarious story, however, this man’s ‘best friend’ will ignite a fiery kick to jumpstart your engines. 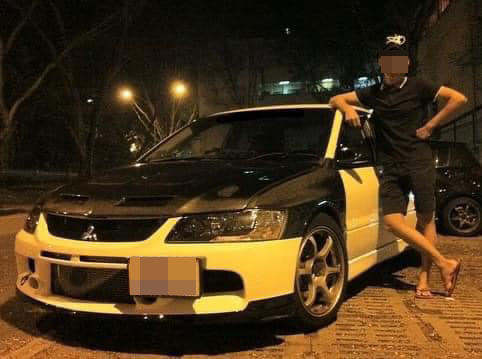 The netizen shared how he invested his savings in a car at the tender age of 22 on Wednesday (5 Aug) in a post that has now gone viral. 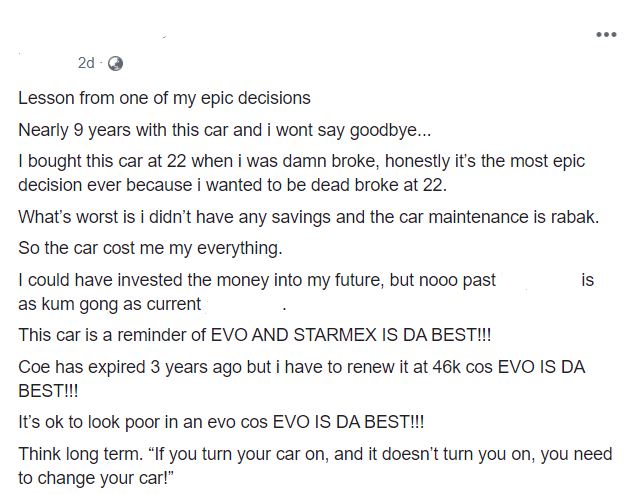 Here’s how the young man described his 9-year journey with his vehicle and why he thinks renewing the car’s COE is still worthwhile.

Mr Yong bought his first car at age 22, and described his financial circumstances at the time as “damn broke”. At the time, not having “any savings” and dealing with “rabak” car maintenance added fuel to his financial fires.

He hilariously summed up his predicament succinctly,

So the car cost me my everything.

Surprisingly, this never changed his opinion towards whether the purchase was worthwhile.

Flashforward to the present, Mr Yong expresses that he hasn’t regretted his decision at all.

In fact, buying a car at age 22 was one of the OP’s most “epic decisions” in his life.

Nearly 9 years with this car & I won’t say goodbye.

Enthusiastically reiterating that he believed his car was a reminder that “EVO IS DA BEST!!”.

So much so that he decided to renew his Certificate of Entitlement (COE) at 3 years ago, at $46,000.

Leaving his audience with a final quip he shared ironically that it was good to think long term,

If you turn your car on, and it doesn’t turn you on, you need to change your car!

A car relationship can be for life too

We’re glad that this netizen stands by his decision to purchase a car early, but we do understand that the commitment is not an easy one to make for everyone.

Cars remain expensive to buy and upkeep in Singapore, but we think that this story tells us the importance of staying true to ourselves & the decisions we’ve made bravely.

To each his own. Cars, like best friends, are for life — or rather, as long as we can afford their COEs.