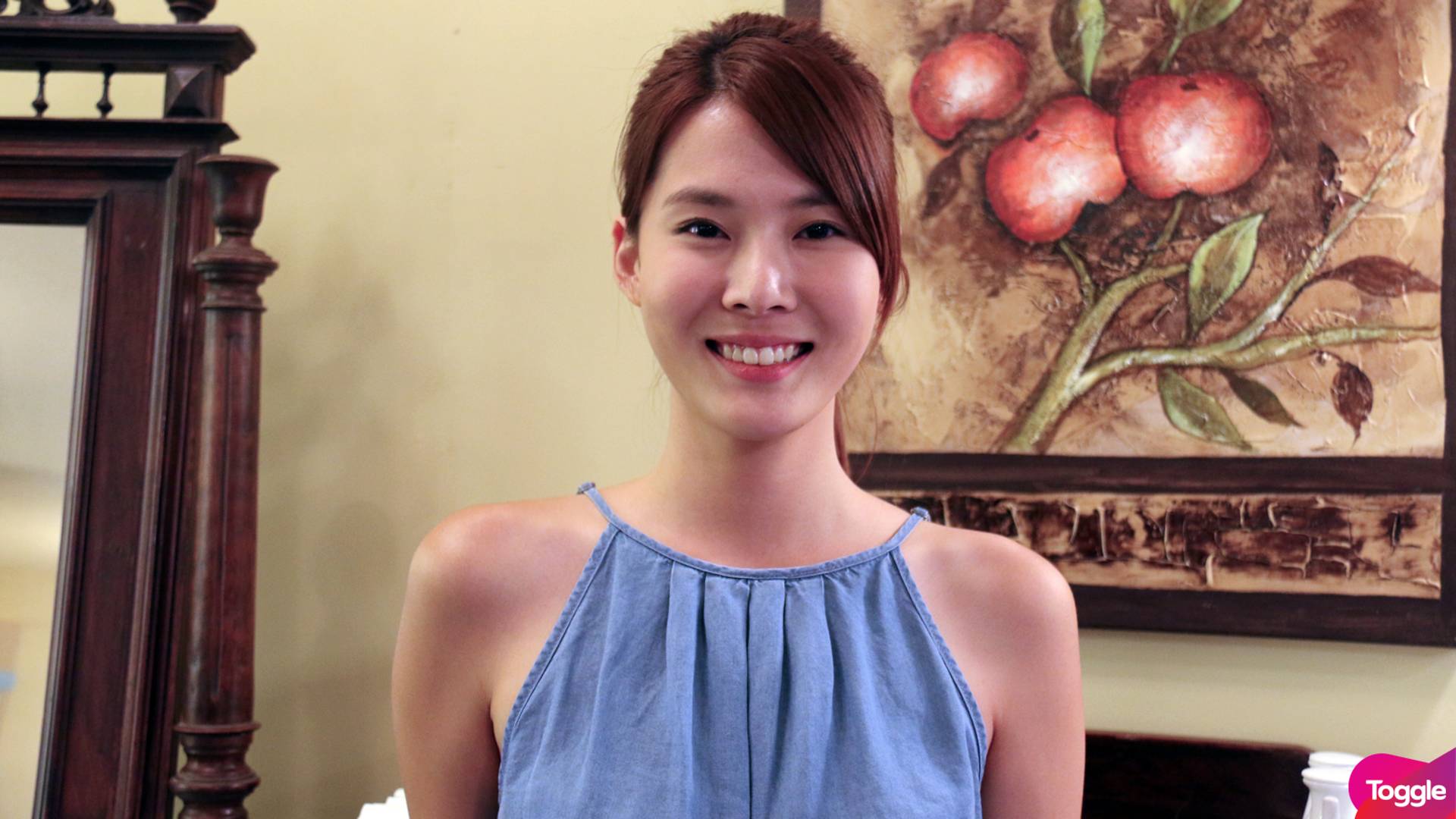 This up-and-coming starlet’s popularity is on the rise

First talent-spotted aged 19 on Channel U reality show Hey Gorgeous in 2013, Carrie Wong’s popularity is steadily on the rise. Despite being a rookie in the entertainment industry, she has already starred alongside bigwigs like Christopher Lee, Rui En, Jeanette Aw and more.

In 2015, she had notable roles in blockbusters Against The Tide and The Journey: Tumultuous Times – the latter even earned her a Best Supporting Actress nomination in the 2015 Star Awards.

With a good head start in showbiz, she might very well be the next Fann Wong. Here are 10 facts about Carrie Wong that you need to know:

1. She grew up in a Mandarin-speaking family

She attributes her showbiz success to her fluency in Mandarin:

Many 1990s kids don’t like to speak Mandarin. I’ve been speaking Mandarin from young.

2. She was afraid of Christopher Lee when they first met 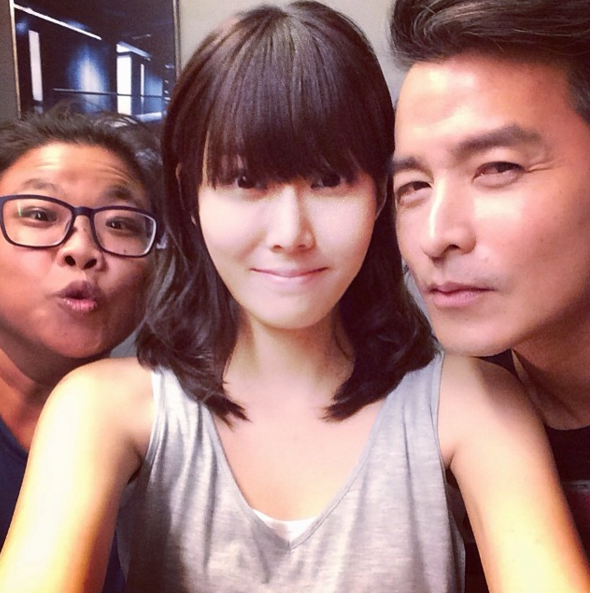 In Channel 8 drama Against The Tide, Carrie played Lee’s little sister. Being the newcomer back then, she was already feeling awkward on set as she didn’t know anyone and felt like she didn’t belong.

To make matters worse, her first scenes were with ah ge Christopher Lee. Fun fact: she had a crush on Lee since his Condor Heroes days in the late 90s.

I was quite afraid of him when I first saw him and I didn’t really know how to approach him.

I wanted to ask him, ‘Can we practise our script?’ I was trying to tap him on the shoulder but he was talking to somebody and obviously, he was ignoring me.

People were looking at me, like, ‘What are you trying to do? What do you want?’ I was holding my script and going, like, ‘Er, so what do I do now?’”

Fortunately, the onscreen siblings built rapport quickly and Carrie even started to joke around with Lee. When Carrie had a problem with crying scenes, Lee even mentored her and helped her get the scene right. 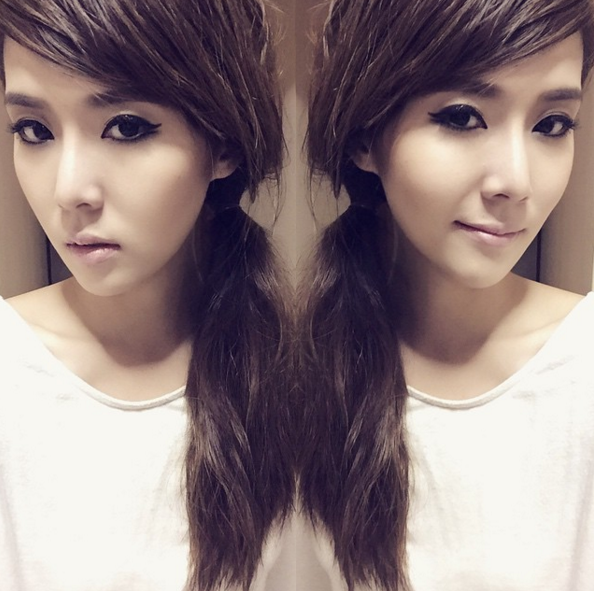 Carrie might only be 22 years old this year, but her mature appearance makes her look a tad older than her actual age.

For an actress, this might be to her advantage and she said she doesn’t mind playing a 28- or 30-year-old character. Nonetheless, she envisions some difficulties in the portrayal of such roles, such as the lack of maturity as she’s after all only a 22-year-old.

4. She has already bought her first car with her own paycheck

Carrie might not be among the ranks of Rui En or Jeanette Aw yet, but she’s definitely heading in the right direction. With her own paycheck, the budding actress has already bought her first car.

5. She has known actors Xu Bin and Shane Pow since her secondary school days 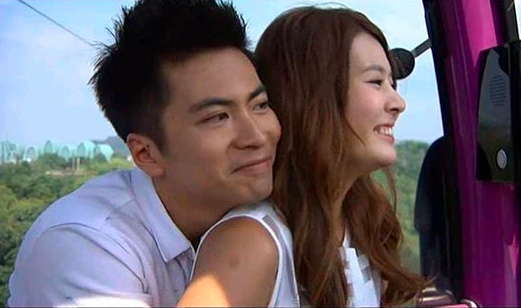 In an interview with Toggle, Carrie revealed that she has known MediaCorp dukes Xu Bin and Shane Pow since secondary school. The three stayed at Woodlands and were all from neighbourhood schools. Through mutual friends, the three got acquainted but were not close until they all joined the entertainment industry.

Carrie and Xu Bin also grew closer after filming Channel 8 sitcom 118. The budding thespian even gave her first onscreen kiss to Xu Bin, and the two have also been shipped as #CarrBin.

Xu Bin is a very genuine person, and very straightforward too. He doesn’t go round in circles when talking. I admire guys who are like that. He doesn’t give off the vibe that makes people wary of him.

However, fans of #CarrBin would be disappointed as Carrie asserted that they’re merely good friends and a relationship is not possible between them.

6. She forsook love for her showbiz career

The sweet-faced starlet has only been in one relationship, which she sacrificed for her showbiz career.

Carrie met her ex-boyfriend in Poly as they were classmates, and they later dated for more than a year before MediaCorp offered her a contract. Problems arose when Carrie started filming Channel U drama Scrum!. Even worse, they were both preparing for their last paper in poly and Carrie had to spend the remaining of her free time filming, which led to frequent arguments.

Carrie revealed that her ex-boyfriend was very good to her, but was aversive to the idea of her being in the limelight. She eventually decided to end things as she believed the differences would only get worse in time.

It is a pity. But he is doing well now and I am doing fine. So, I believe I made the right choice. We don’t talk as much now, but we are still friends.

It has become such a classic thing that whenever someone else trips, I say, ‘You just did a Carrie!

Interestingly, Carrie’s “jie jie” Jeanette Aw – the two got chummy after filming The Journey: Tumultuous Times – had her red carpet Jennifer Lawrence moment at last year’s Star Awards. Carrie (in scarlet dress) promptly got up and went to the damsel’s “rescue”.

8. She wanted to be an air stewardess Touted as one of Caldecott’s most outstanding rookies, who would have thought that Carrie initially did not even want to be an actress?

Carrie entered showbiz after she graduated from Nanyang Polytechnic with a diploma in hospitality and tourism management. She planned to be an air stewardess after graduating and never considered getting a degree as she disliked studying.

She even candidly shared that she didn’t fare very well in her studies, always topping the class from the bottom. Nonetheless, she did manage to get promoted every year.

9. She is a pampered child

As an only child, the self-professed spoilt kid got whatever she asked for.

Moreover, her parents have never caned her over her poor results. She shared an anecdote about how she only scored 28/100 for her PSLE Maths prelims.

Instead of reprimanding her, her father told her to do better for prelim 2, but Carrie ended up doing worse and got 22/100. Her father reacted by saying he would treat her to Jack’s Place, and Carrie felt that he wanted to encourage her.

In reciprocation, Carrie diligently went for three months of tuition classes, which paid off as she managed to get an A* in the end.

Today, Carrie is still pampered by her father:

I can’t cook or use the washing machine, and I leave my dirty dishes on the table – my dad will pick up after me. 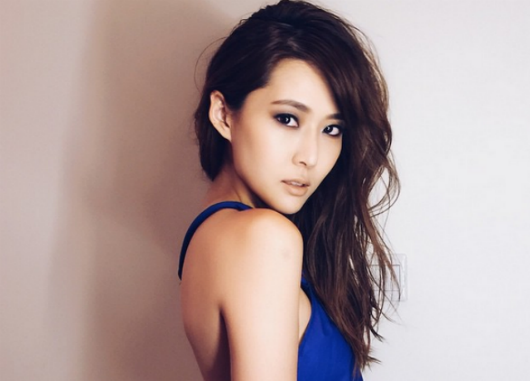 The early bloomer started underage clubbing at 16, thanks to her friends working in the club. Her social circle was also widened, and her Facebook friends list was filled with people whose faces she didn’t recognize.

Her partying life continued for a few years until she “grew tired” of it. She recounted an incident where she was so drunk she vomited in a cab and woke up with a blank memory and a horrible hangover the next day.

These days, she prefers being a couch potato during her free time.

The TV sweetheart has already won audiences’ hearts with her sweet looks and acting chops, and is definitely someone to look out for in 2016. Carrie has already received two nominations and bagged her first Top 10 Most Popular Female Artiste Award at Star Awards last year, and we can’t wait to see what’s in stores for the up-and-coming starlet.

Featured image via Toggle
With reference to TODAY Online, Toggle, The Straits Times, Asia One