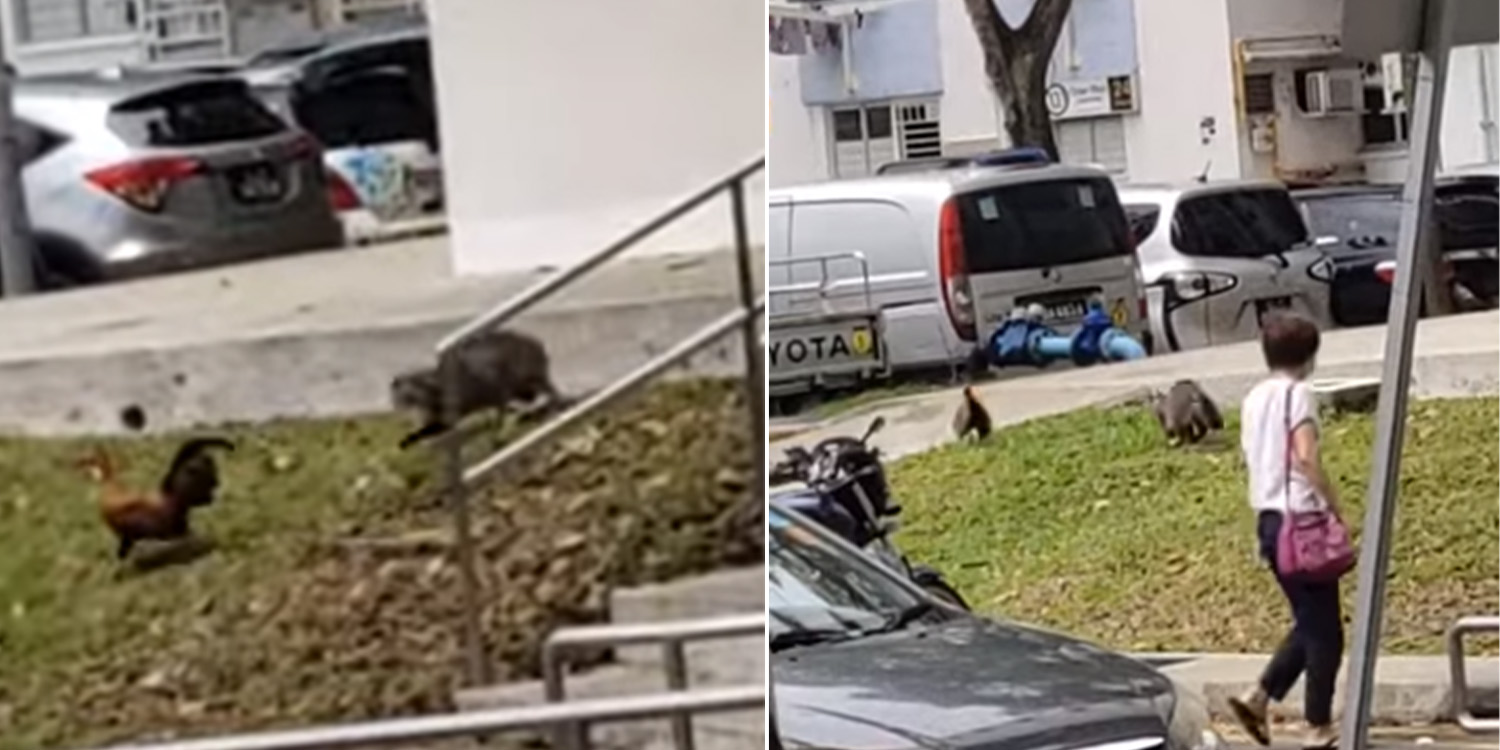 Netizen Spots Cat Playing Around With Rooster In Boon Lay

Singapore’s highly urbanised jungle makes for rare sightings of wildlife in our neighbourhoods, but sightings of cats and roosters aren’t so uncommon.

Less common, however, are the animals interacting with one another.

Tagged as being in Boon Lay, a cat is happily chasing after a rooster, who is doing its best to put distance from the mischievous animal. 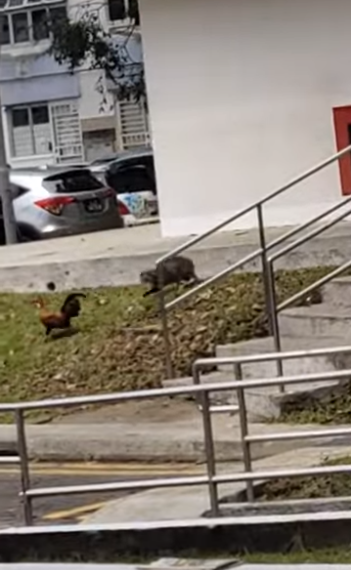 The netizen had shared the clip on Sunday (15 Mar) in the Singapore Wildlife Sightings Facebook group.

They’d tagged the location as being near Boon Lay Place Market and Food Village.

According to a netizen in the comments, they were seen in the vicinity of Block 174 Boon Lay Drive.

You can almost hear the iconic beep beep from the rooster as it zips away, while Wile E. Catyote is in hot pursuit.

In a game of cat and rooster, the chased can’t just run in a straight line, and must find creative ways to shake off their chaser.

Befitting its cousin, the Roadrunner, the rooster performs a sharp right turn as it approaches a parked car.

The rooster may or may not have said “Ayam titanium” as it juked around the Boon Lay neighbourhood circuit.

Finally, the 2 run out of sight of the user’s camera. Who knows if the rooster was eventually caught, but we believe in you, buddy.

All that running probably activated some primal instinct.

Legendary fictional animal rivalries include not only the Roadrunner and Wile E. Coyote, but also Tom & Jerry.

The cat and mouse duo are foes but have moments where they even appear to work together.

So it was that some netizens noted a more than passing resemblance to the lifelong frienemies.

Others noted that the pair might’ve merely been playing around.

Well, we certainly don’t think the rooster was keen on ending up in a plate of nasi ayam any time soon.

We’ll give it to the pair — it’s not everyday we see cats chasing roosters around, since the latter aren’t such a common sight in our neighbourhoods.

For those who lived in kampongs, this is probably a nice little throwback.

Maybe the cat, just like us humans, was curious as to this creature previously primarily spotted in KFC boxes.

Whatever the reason, the pair have given us amusement.