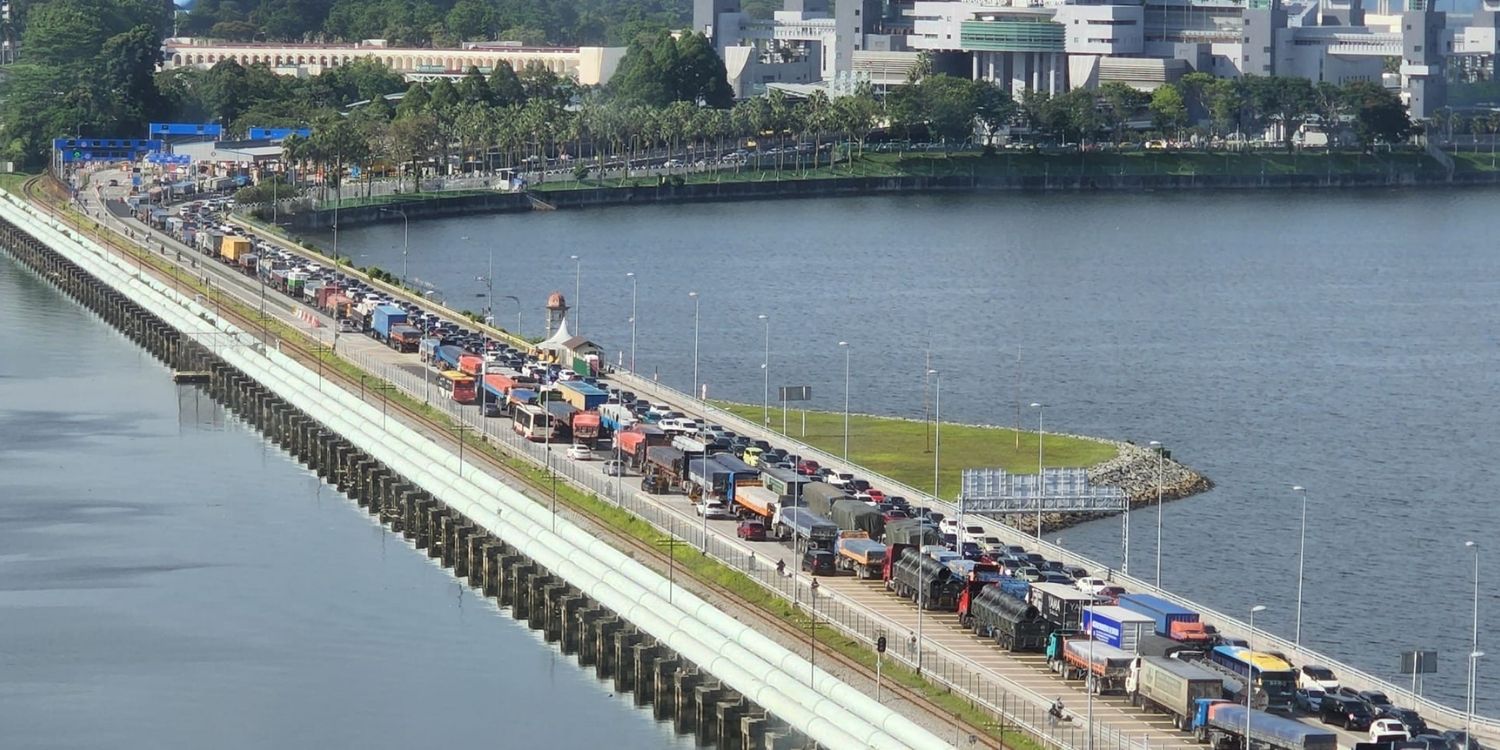 Traffic on the Causeway was still heavy as of 12pm.

Massive Causeway Jam On 28 May Apparently Started At About 7AM

For two years during the pandemic, border restrictions meant that parents couldn’t bring their little ones for the school holidays.

But now that travels have resumed, it seems like families are taking full advantage of the freedom if the massive Causeway jam is anything to go by.

Photos from the scene this morning (28 May) showed vehicles lining up along the Causeway, just as the month-long break begins for school kids.

The jam apparently started as early as 7am, with traffic still at a standstill five hours later at about 12pm.

Massive Causeway jam on 28 May morning

In photos shared via the Singapore Malaysia Live Update Exchange (新加坡马来西亚生活情报交流区) Facebook group, long lines of vehicles appear to be snaking along the Causeway in both directions.

According to the contributor, the photos were taken at about 9.40am this morning (28 May).

At first glance, one could spot mostly heavy vehicles lining up to enter Singapore, while regular cars filled the opposite lanes entering Malaysia.

Footage of the scene at about 9am courtesy of @jbsgcauseway on TikTok shows a similar scene of stationary traffic on both sides of the road.

According to @jbsgcauseway, the jam started early in the morning at about 7am.

A Facebook user, on the other hand, claimed that traffic towards Johor was “quite smooth” at about 7.30am.

A quick look at the Immigration & Checkpoints Authority’s (ICA) social media pages reveals an advisory posted at about 9.10am.

In the advisory, ICA warned travellers about heavy departure traffic at Woodlands Checkpoint due to “tailback from Malaysia”.

Travellers are advised to check traffic conditions on OneMotoring before embarking on their trips.

Given how regular overseas trips haven’t been feasible over the past two years, the Causeway jam is perhaps expected, especially since it coincides with the start of the June school holidays.

While this might cause inconvenience for some travellers, it’s a promising sign that Covid-19 is receding into the backdrop and with that, the return of our normal pre-pandemic lives.

If you or anyone you know plans on travelling to Malaysia over the holidays, make sure to check on the traffic conditions before departing.