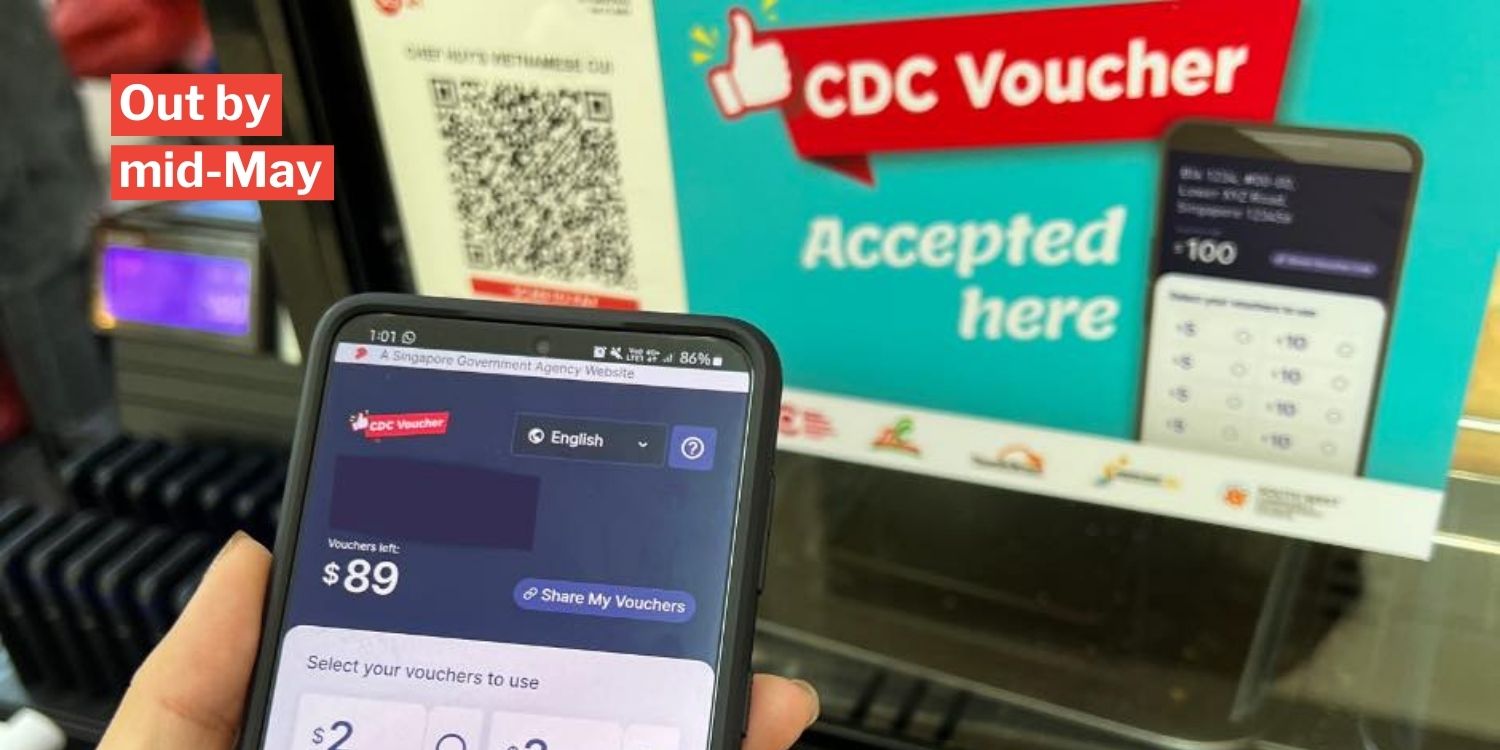 A 2nd round of $30 Public Transport Vouchers will also be given out.

In the 2022 Budget Statement, Finance Minister Lawrence Wong promised that all households would get $100 in Community Development Council (CDC) vouchers this year.

Since then, the Ukraine war has broken out, and the prices of many everyday items have risen sky-high.

Thus, the Government has decided to give out the CDC vouchers earlier.

This is to help lower-income households cope with the rising prices.

The move was announced by Mr Wong in a ministerial statement in Parliament on Monday (4 Apr), as he said global prices were already rising last year.

The war in Ukraine, which started on 24 Feb, has “contributed to a further spike in inflation”. 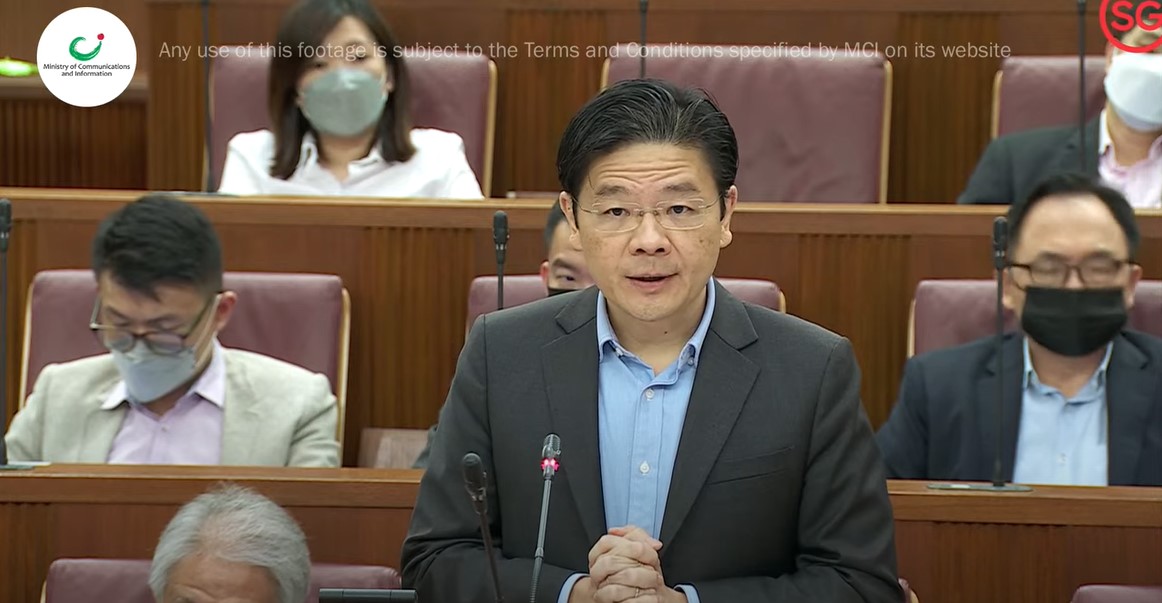 He also pointed to continuing supply chain issues due to the pandemic, worsened by lockdowns in China.

Several MPs had asked whether the Government would consider enhancing the support measures announced in the Budget on 18 Feb.

In response, Mr Wong said some of the measures would need time to take effect.

However, given Singaporeans’ concerns over the current situation, some immediate actions will be taken. Thus, some of the Budget measures will have an earlier rollout.

CDC vouchers out by mid-May

In particular, the $100 CDC vouchers, meant for every Singapore household, will now be distributed by the middle of May. 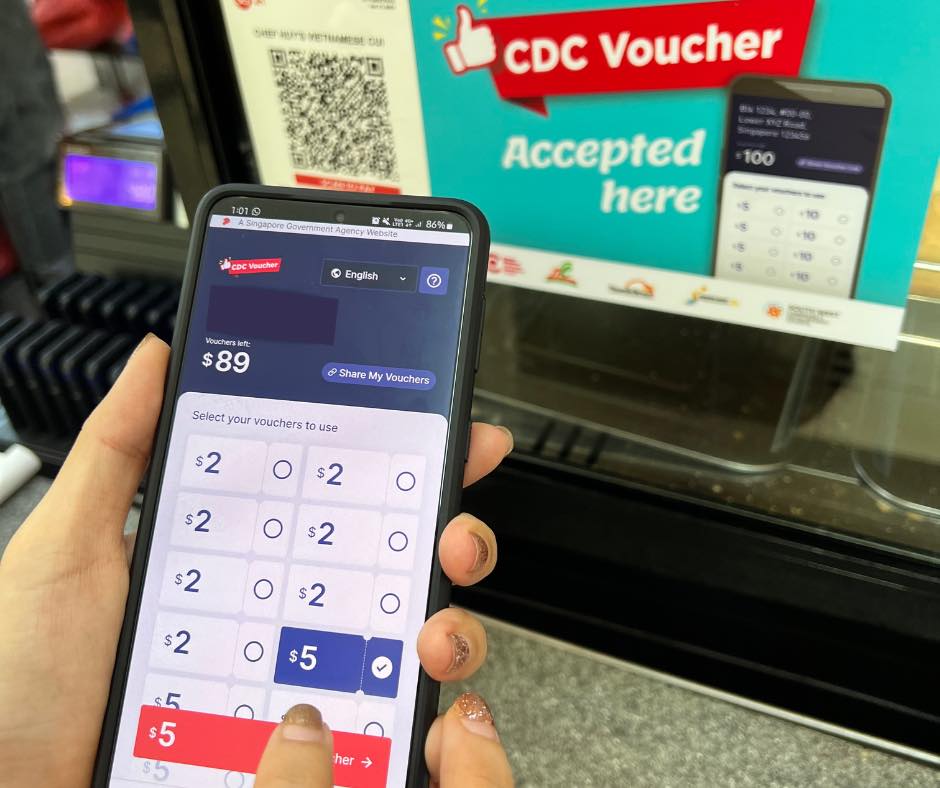 This will come about 4 months after the first tranche of $100 vouchers was given out in Dec. They will help Singaporeans with their daily expenses, Mr Wong said.

CDC vouchers have been popular

The CDC vouchers have proven popular – in Jan, the CDC said more than 1 million Singaporean households had claimed them.

Also, more than 14,500 heartland merchants and hawkers are taking part in the scheme, said Minister for Trade and Industry Gan Kim Yong in a written reply to Sengkang MP Jamus Lim on Monday (4 Apr). 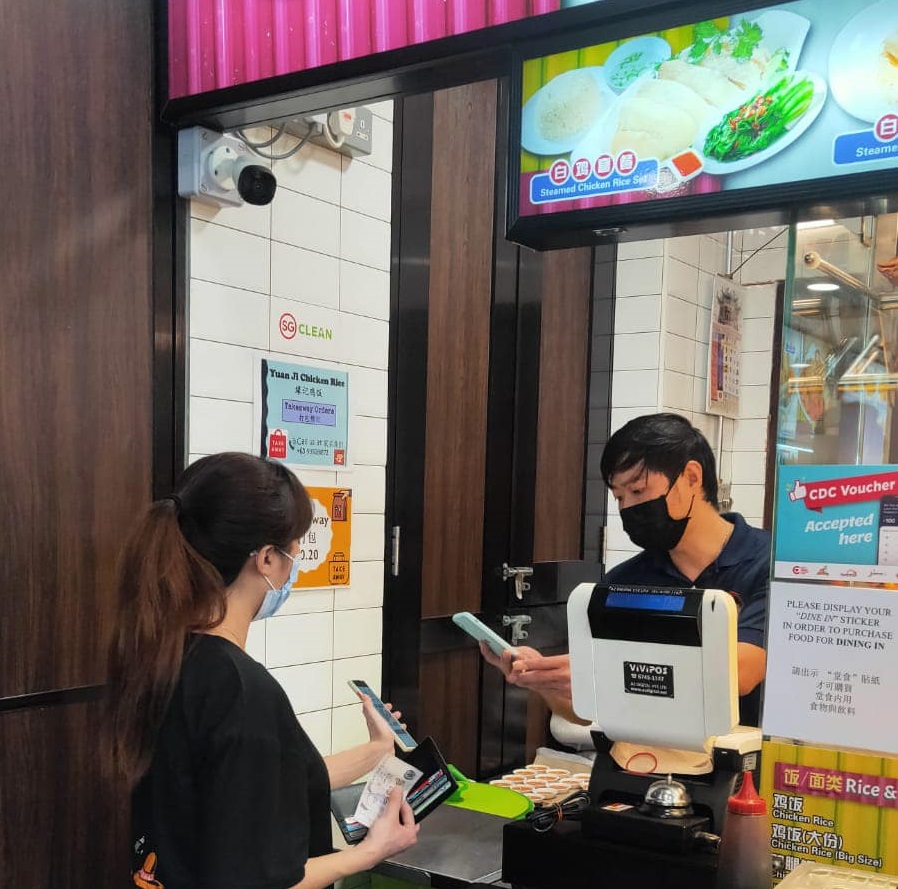 The batch given out last Dec will expire on 31 Dec 2022. It’s uncertain when the second tranche will expire.

To redeem them, one member of each household must visit CDC’s website and log in with their Singpass to get a link sent to their registered mobile phone number.

Besides the CDC vouchers, the 2022 Budget also included rebates for Service and Conservancy Charges (S&CC) and utility bills.

Since then, it’s been reported that electricity tariffs will rise by 10% in the 2nd quarter due to the Ukraine war.

So it’s timely that help will come as soon as this month, in the form of S&CC rebates and U-Save rebates for eligible households, Mr Wong said.

He added that this would address “a key cost of living component” brought up by several MPs.

The minister noted as an example that a family living in a 4-room flat would get $150 of U-Save rebates in Apr. That’s equivalent to about one month’s worth of their utility bills on average.

For the whole of the financial year 2022, 4-room households will get rebates worth about 4 months’ utility bills – even accounting for the higher electricity prices. 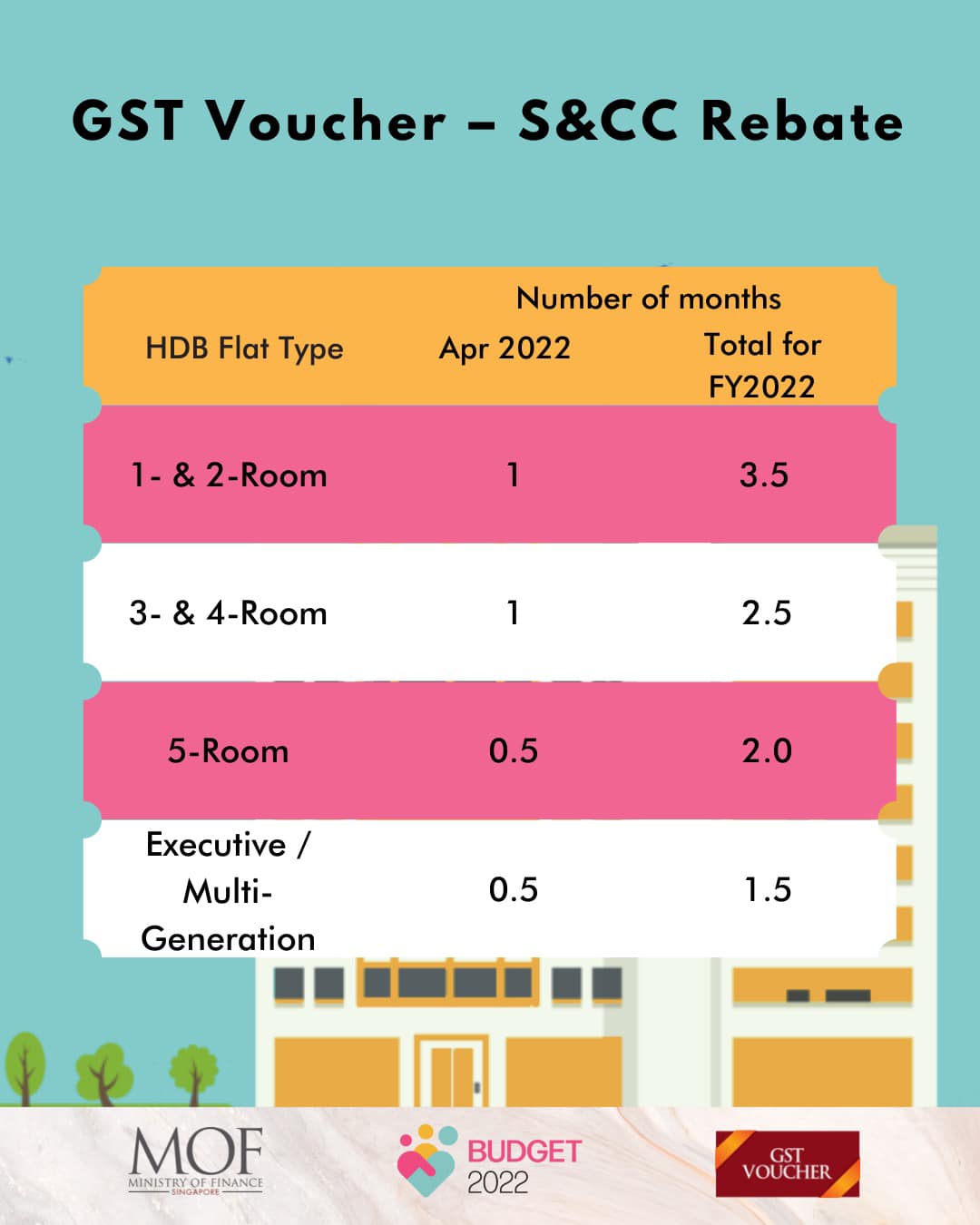 Subsequent rebates will be given out in Jul, Oct and Jan 2023.

More help for the lower-income

As lower-income households are hit harder by the rising prices, the Government will provide more help for them, Mr Wong said.

Those who apply for ComCare Short- to Medium-Term Assistance (SMTA) at Social Service Offices (SSOs) between Apr and Sep will get a minimum of 6 months’ support.

Households already on ComCare SMTA may also get assistance extended for at least 3 months more.

SSOs may also provide recipients with more cash assistance during this period of inflationary pressures.

2nd round of Public Transport Vouchers

Finally, Mr Wong recognised the need for help with public transport costs, given that they’ve also gone up recently.

Thus, another round of $30 Public Transport Vouchers (PTVs) will be given to ComCare recipients. 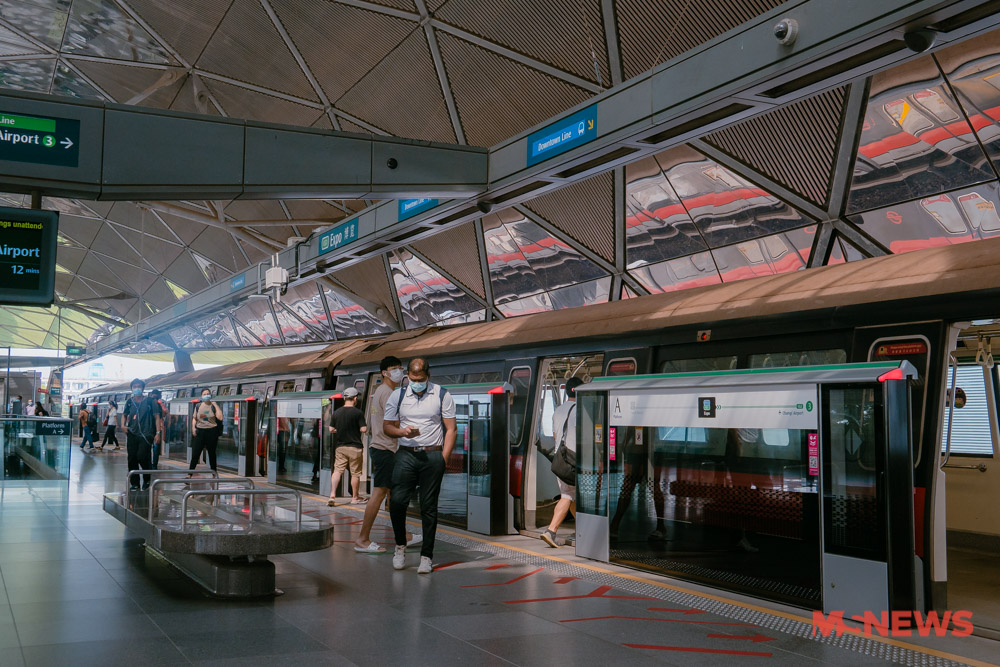 In Jan, 30,000 ComCare recipients had received the first round of PTVs, as well as about 570,000 eligible households.

Thus, the ComCare recipients will have a total of $60 in PTVs this year.

This will “roughly cover the additional fares paid by a family of four this year arising from the fare increase last Dec,” Mr Wong said.

Households whose monthly income per member doesn’t exceed $1,600 may also apply for the vouchers at https://go.gov.sg/ptv from now till 31 Oct.

Those who got the first voucher and need a second one can also apply again.

A lifesaver for those who’re struggling

As households strive to adapt to the current economic climate, we’re thankful that the Government is providing help to Singaporeans, especially the lower-income group.

The amounts might not seem much to those who can afford them. But for those who are struggling to make ends meet, it might just be a lifesaver.

Hopefully, global inflationary pressures will ease sooner rather than later, so prices will stabilise.