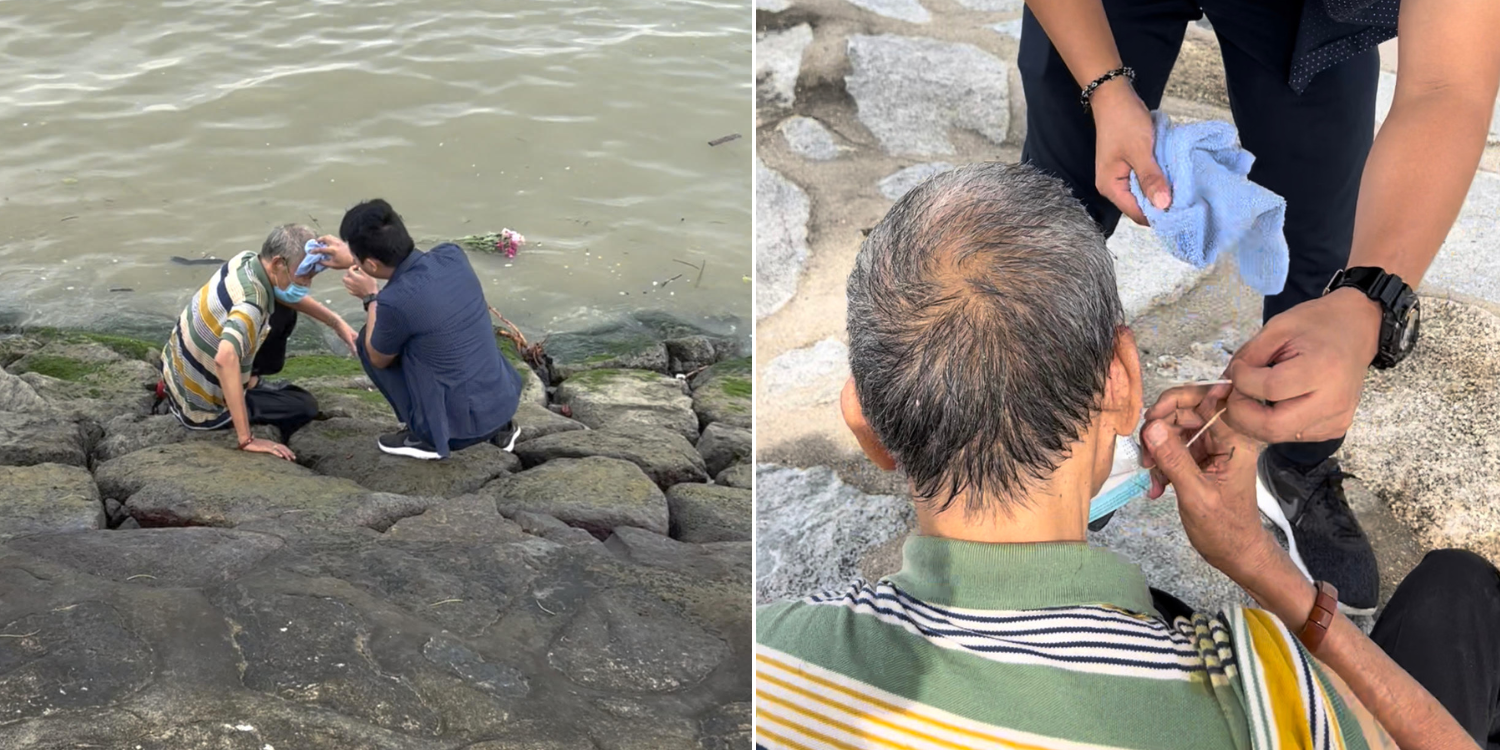 Luckily, the man landed into the water first before hitting the rocks.

Every one of us has a different way of remembering our loved ones who have passed on.

For a 74-year-old man, his way of honouring his wife involves him throwing a bouquet of flowers into the sea.

Unfortunately, as he was attempting to do so earlier this week at Changi Beach, the man fell into the sea, hitting his head on the rocks in the process. 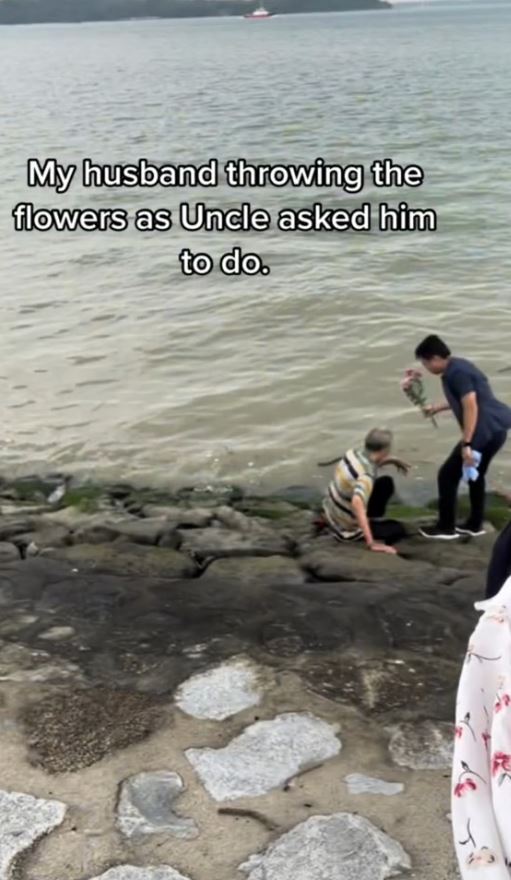 Thankfully, a couple happened to be in the vicinity at the time and immediately rushed forward to render help.

Couple help elderly man who fell into the sea

On Tuesday (13 Sep), Queen Lexinda Royupa – a 25-year-old Filipino who works as a customer service officer in Singapore – took to TikTok to recount the incident.

In the clip, Ms Royupa explained that she and her husband were at Changi Beach at about 9.50am when they witnessed an elderly man walking along the beachfront where there were “slippery rocks”.

to Uncle – get well soon and we are glad to help you today. 🥹 #tiktoksg

Without warning, the man tumbled and fell into the water, hitting his head in the process.

Seeing this, Ms Royupa and her husband hurried down to provide first aid. Besides wiping the bruises on his head, ears and arms, the couple also helped to calm him down.

While the physical injuries sustained were concerning, it was the man’s explanation of his actions that touched the couple.

When asked, the senior said that he wanted to give flowers to his late wife who passed away 10 years ago.

The elderly man then requested for the couple to help hurl the bouquet of flowers into the sea on his behalf. They gladly complied. 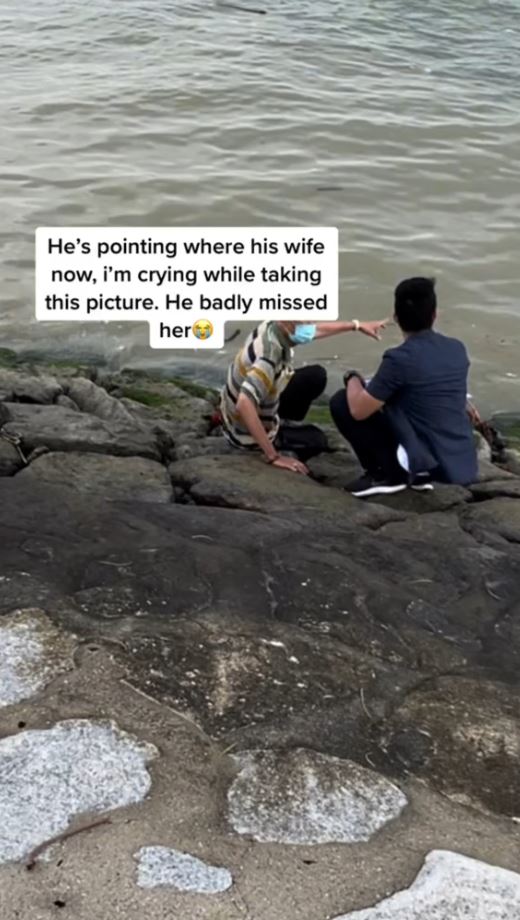 Ms Royupa shared in her TikTok clip that she and her husband continued talking to the elderly man until he felt much better. Thank you to both of you. I might have drowned if you weren’t here. You are very good.

Speaking to MS News, Ms Royupa said that the man was lucky to have fallen first into the water before hitting the rocks.

Even though the pair offered to bring the uncle to a hospital to have his wounds looked at, he politely refused.

God’s reason for her to take leave that day

In hindsight, Ms Royupa shared that God perhaps had a reason for her to take leave that day — “to be an instrument to save someone’s life”.

She was also extremely touched by the encounter as the uncle’s actions “made her (me) realise that true love exists, despite what he may have gone through”.

Ending the one-minute clip, Ms Royupa dedicated a short but poignant message to the man’s wife,

He loves you so dearly.

It was indeed fortunate that Ms Royupa and her husband were at the scene when the incident happened. Things could’ve certainly been a lot worse if there was no one to provide assistance to the uncle.

That aside, we’re touched by the uncle’s enduring love and loyalty for his wife, even though it has been a decade since her passing.

Wherever she might be now, we hope she will be able to feel her husband’s radiating love and continue to bless him with health and happiness in the years to come.