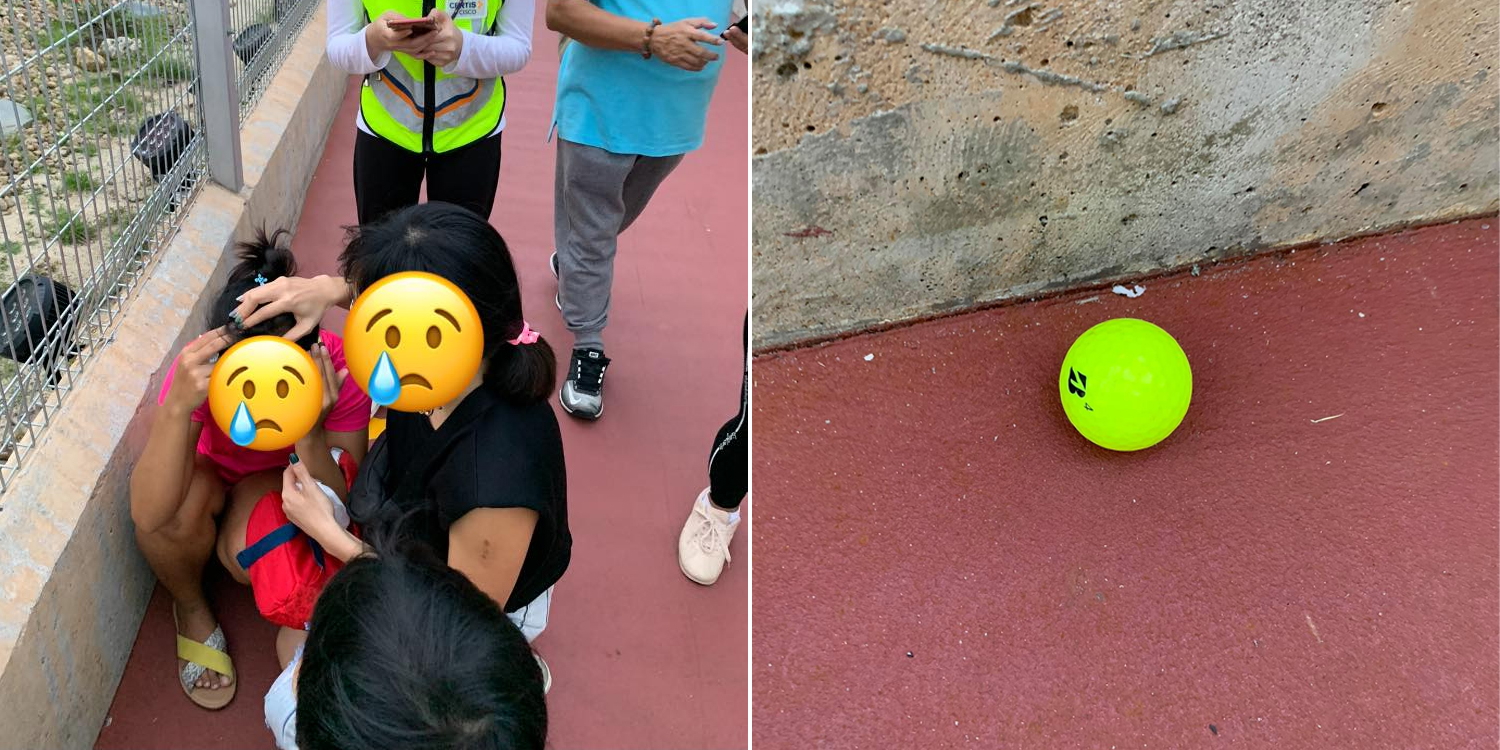 UPDATE (23 Oct): Changi Airport Group shared that they are looking into ways to minimise the risk of stray golf balls heading towards Changi Jurassic Mile.

The full statement is available below.

The Changi Jurassic Mile in Changi has been a popular attraction for Singaporeans ever since it opened earlier this month.

While most visits to the attraction turned out rather enjoyable, one netizen’s trip to the spot left a sour taste in his mouth.

During his recent visit, Mr Yap’s domestic helper was allegedly struck by a golf ball from a nearby country club. He took to Facebook on Thursday (22 Oct) night to recount the accident. 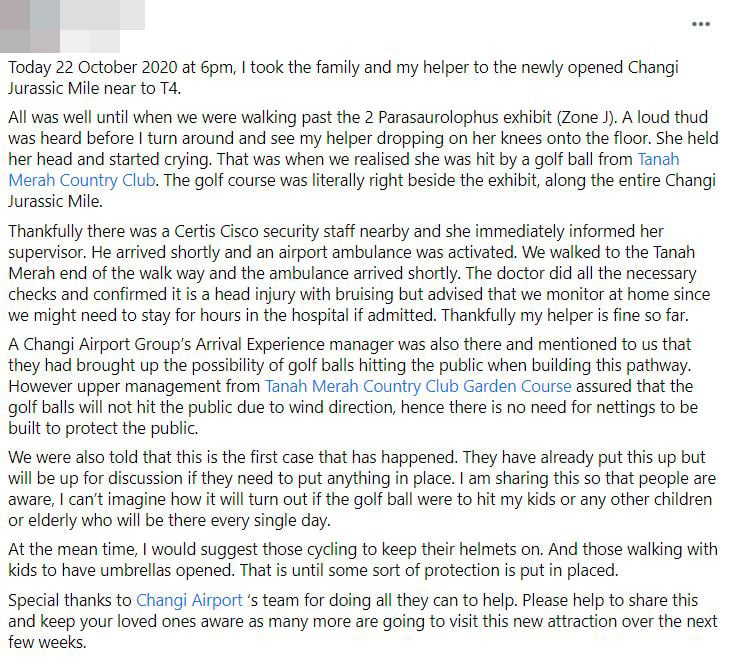 According to the Facebook post, Mr Yap visited Changi Jurassic Mile with his family and helper on Thursday (22 Oct) evening at around 6pm.

As they were walking past the Parasaurolophus exhibit, Mr Yap allegedly heard a “loud thud”. 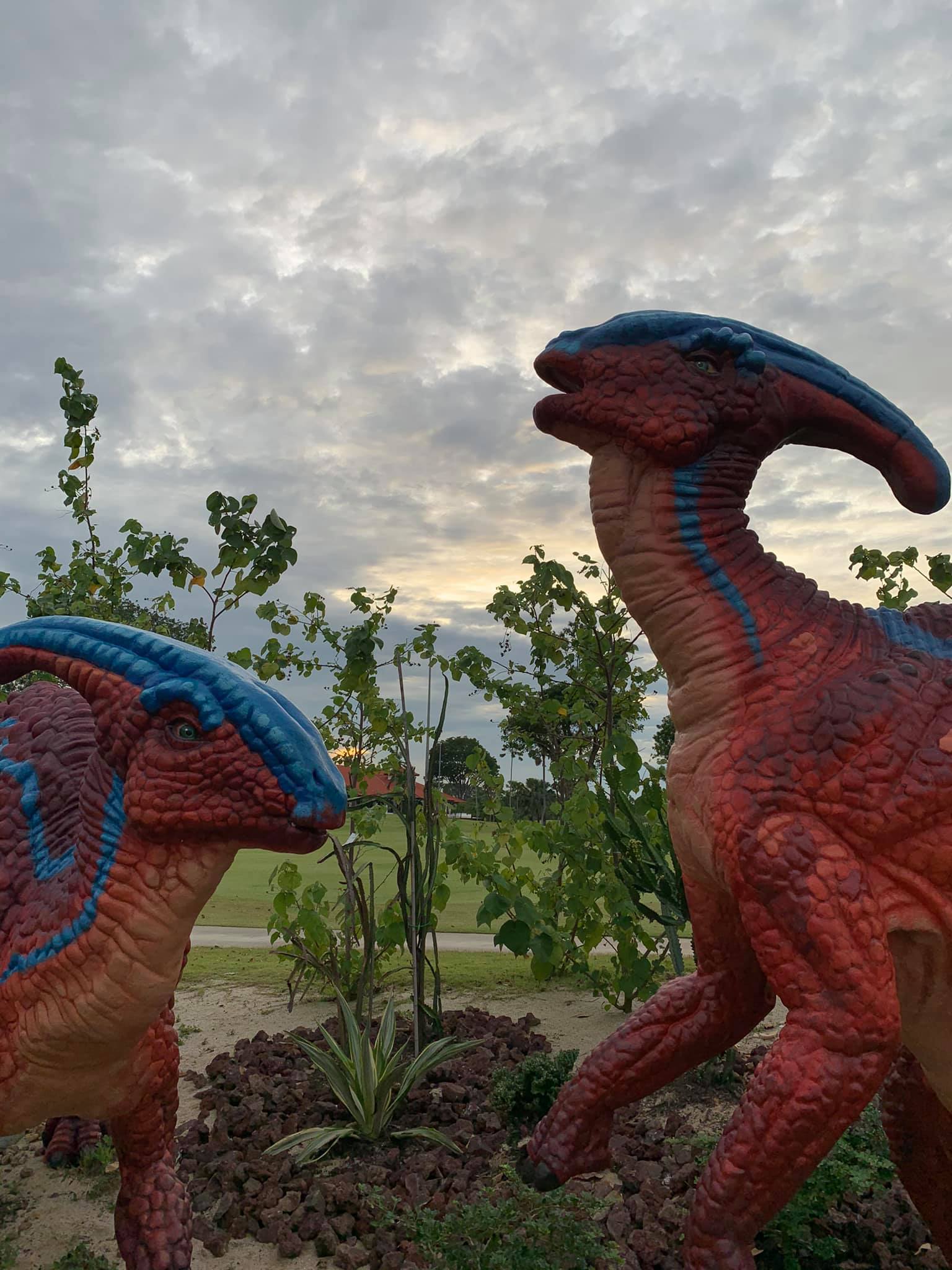 He instinctively turned around, only to find his helper falling to her knees while clutching her head.

Turns out, Mr Yap’s helper had allegedly been struck by a golf ball from the nearby Tanah Merah Country Club. 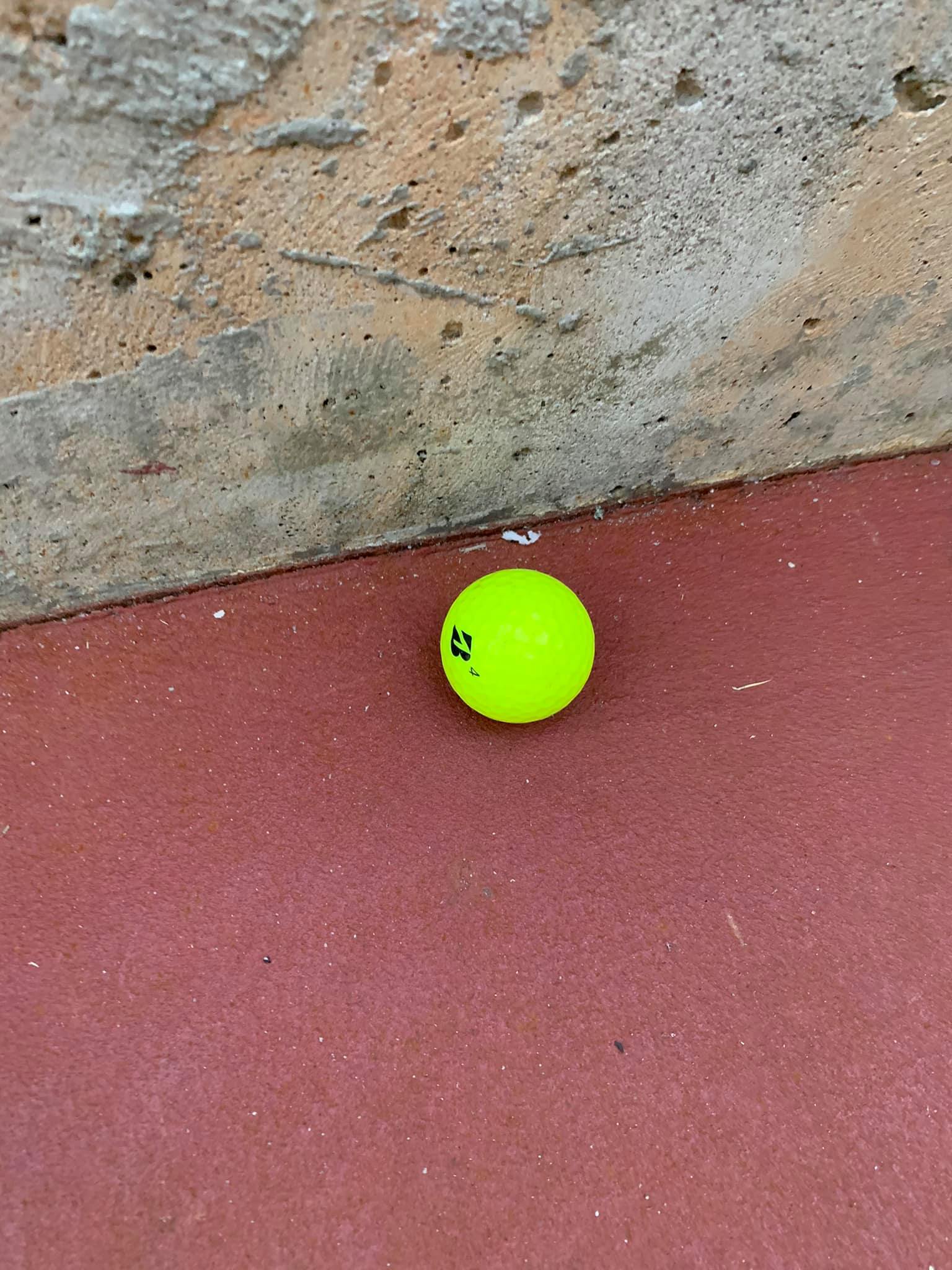 Here’s a map showing the proximity of the golf course and Changi Jurassic Mile. 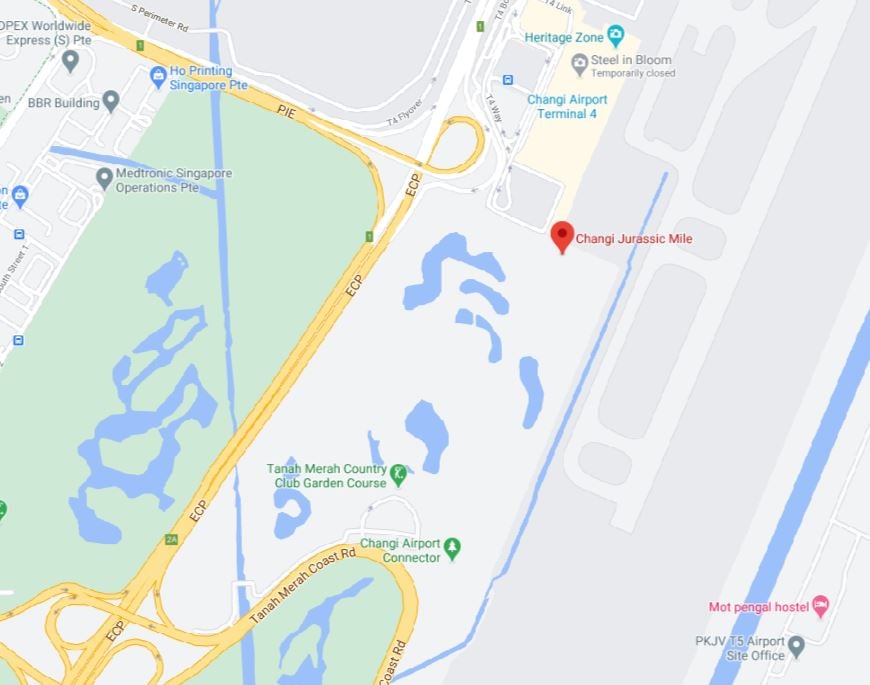 Despite how close the sites are, nettings were reportedly deemed redundant due to the wind direction. 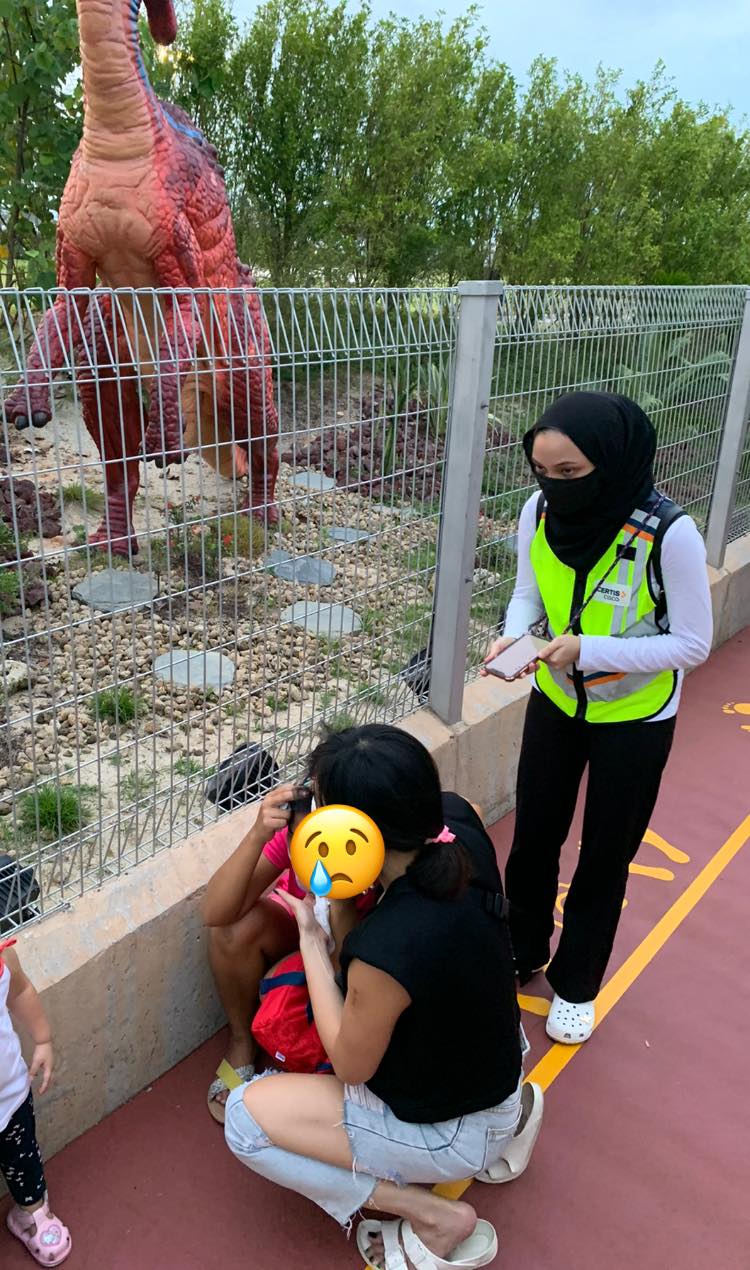 An ambulance later arrived at the scene and a doctor confirmed that the helper sustained a “head injury with bruising”. 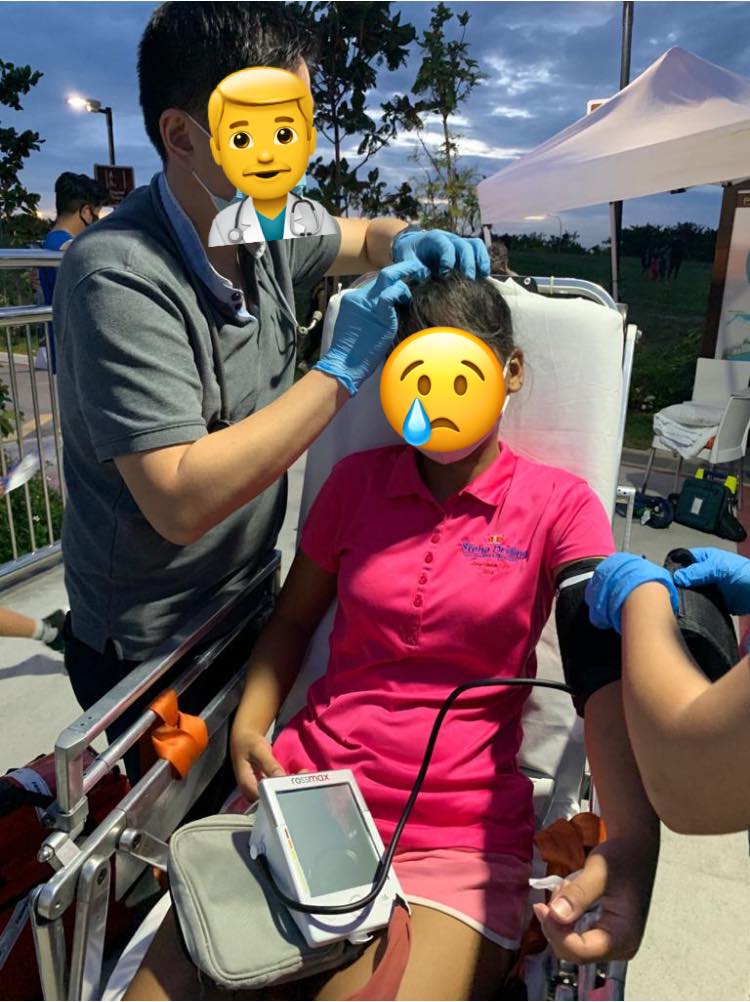 The doctor also advised the family to monitor the helper’s situation at home. Thankfully, her situation reportedly appeared “fine” at the time of the Facebook post.

Though this is the first time such an incident had happened, Mr Yap shared that the relevant agencies will be looking at how such cases can be prevented moving forward.

Ending his post, Mr Yap advises those cycling past the attraction to always have their helmets on, and pedestrians to shelter themself using an umbrella.

CAG looks into putting up nettings in the area

In response to MS News’ queries, CAG shared that they are regretful for the incident and is checking on the victim’s condition.

Changi Airport Group (CAG) regrets this unfortunate incident, which has never happened at the Jurassic Mile before. Assistance was rendered immediately to the visitor last evening, and CAG is in contact with the family to check on her condition.

The organisation is also planning to take precautions to minimise the risk of such incidents happening again.

CAG is looking into additional ways to further minimise the risk of stray golf balls heading towards the Jurassic Mile, such as putting up nettings in that area.

Tanah Merah Country Club also shared with MS News that they are working with CAG to enhance the safety of the area.

Hope the injury was not serious

Our heart goes out to the helper who was struck by the golf ball. We hope her injuries are minor and that she will make a full recovery soon.

Meanwhile, we hope the relevant agencies will put in place the necessary measures to prevent such incidents from happening in the future.