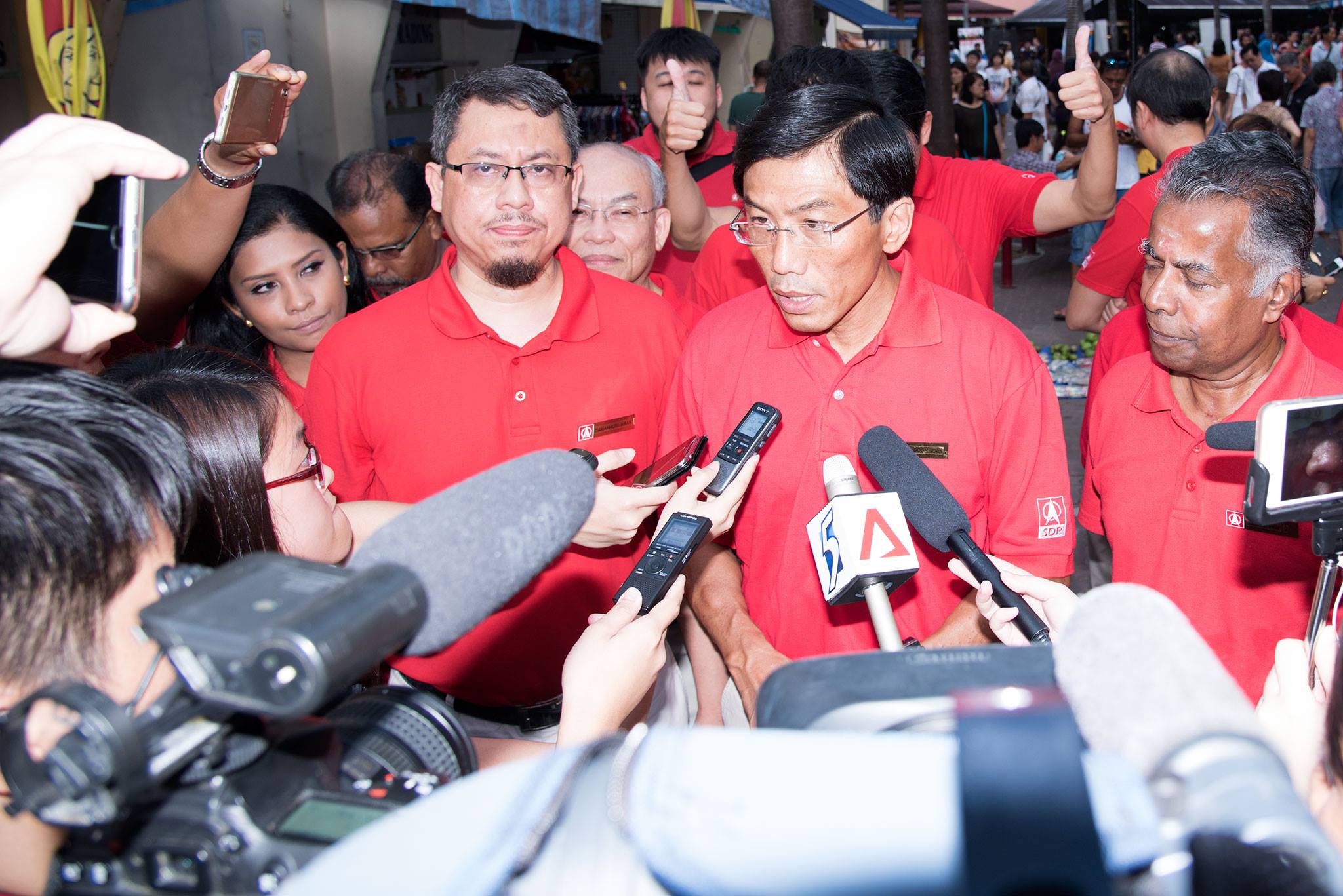 As of Sunday (20 Mar), Dr Chee Soon Juan has confirmed that he will be the Singapore Democratic Party (SDP)’s candidate for the Bukit Batok by-election.

The by-election will be the SDP secretary-general’s second electoral contest after a 15-year absence. Prior to last year’s GE, he had been barred from standing in the 2006 and 2011 elections due to his status as an undischarged bankrupt.

In addition, the 53-year-old ran for a seat in Holland-Bukit Timah Group Representation Constituency (GRC) during last year’s GE, but unfortunately only garnered 33.4 per cent of the votes, losing to the People’s Action Party (PAP) team’s 66.6 per cent.

This by-election was triggered by the resignation of PAP’s David Ong as Bukit Batok Member of Parliament on 12 Mar. He had cited “personal indiscretion” in leaving his post, following revelations that he had an extramarital affair with a grassroots activist. Both have resigned from the party.

While it’s unfortunate that this has happened to the PAP, could this be CSJ’s (and the SDP’s) turn to FINALLY shine?!

While the date for the by-election has not been announced, Prime Minister Lee Hsien Loong has said it will be held “in due course”. There has been no explicit details yet, but experts suggest that the earliest polling dates are in May. PAP will be fielding former Aljunied GRC team member K. Muralidharan Pillai for the Bukit Batok by-election.

As a good leader, it is also important to set out goals and milestones to achieve, and here’s Dr Chee’s list, should he win the by-elections

As you can see, he has not-so-subtly hinted that the current management is inefficient, and we really do appreciate his determination in wanting to outperform the PAP.

We’ve said this many times: Because of the GRC system, the PAP has always crafted the system to its advantage, and putting us always at a disadvantage when it comes to selecting our candidates and where to stand and so on

2. “Pioneer a new model” of town council management that involve residents to a greater degree

3. Announce a transition team to handle the transfer of the town council within three working days

Organised and efficient, we likey already.

4. Personally see to the effective running of the town council instead of engaging a managing agent

The fact that he is so driven to undertake such a big task on his own is really something commendable, and shows how much he cares for the well being of Bukit Batok residents.

5. Retain the bulk of existing town council staff to allow the new team to “hit the ground running”

Smart move, instead of changing up the entire system, staff etc, he changes just the management instead. And he plans to do this by employing qualified and experienced professionals to be part of the management team — a.k.a. not the PAP.

And this report will show a clear budgetary plan, the first interim financial report within the first 100 days, and produce a 12-month work plan for operations amongst other things.

Although these plans mainly cover the running of the town council, he also made many references to the “detailed plans” of how the SDP (his party) plans to manage the handover as well –> basically, advertising. Not that it’s bad, but just another evidence of how opportunistic he is.

This is one question many of you are sure to ponder about, and from the effort he’s been putting in the past couple of days, he is definitely an opportunist — one of the many essential traits in a capable leader.

On 13 Mar, a day after news of the political scandal broke, Dr Chee led an SDP walkabout in Bukit Batok and informed residents that a by-election was coming up.

Over the past week, Dr Chee has also efficiently utilised social media platforms such as Facebook — where he posted photos and updates regularly, showcasing his active engagements with the Bukit Batok residents. On Saturday (19 Mar), he and his team even took part in a blood donation drive at Bukit Batok Secondary School after several house visits.

Dr Chee sure knows the importance of time.

On Sunday, he held a walkabout in Bukit Batok and went around talking to the various residents of BB. How sweet right? :’)

But what caught our attention most, was the first comment made by netizen Peter Tan.

Sure reminds us of a certain Tan Chuan-Jin.

We don’t know about you guys, but Dr Chee has definitely wow-ed us with his efficiency, detailed plans and timely online presence. Speaking of which, you can check out his campaign video which has been up on SDP’s website since last weekend!

And if you have the time, check out Chee’s full statement of his candidacy here!

We’re honestly pretty stoked to see what’s more to come from the SDP for this campaign (and their competitor as well), looks like there’s gonna be a lot of DRAMA.

So grab some popcorn, and keep your eyes peeled on our site for more updates on the by-election!!!

BUT BEFORE THAT, did you know that a good capable leader is one who can sing 80s songs?!

Wait what? Check this out.

We wish both running parties all the best in the by-election!!!

Featured image via Facebook
With reference to TODAY, SDP