SDP Is Unhappy With NDR 2019, Says Gov’t Gives A Wing But Takes The Chicken 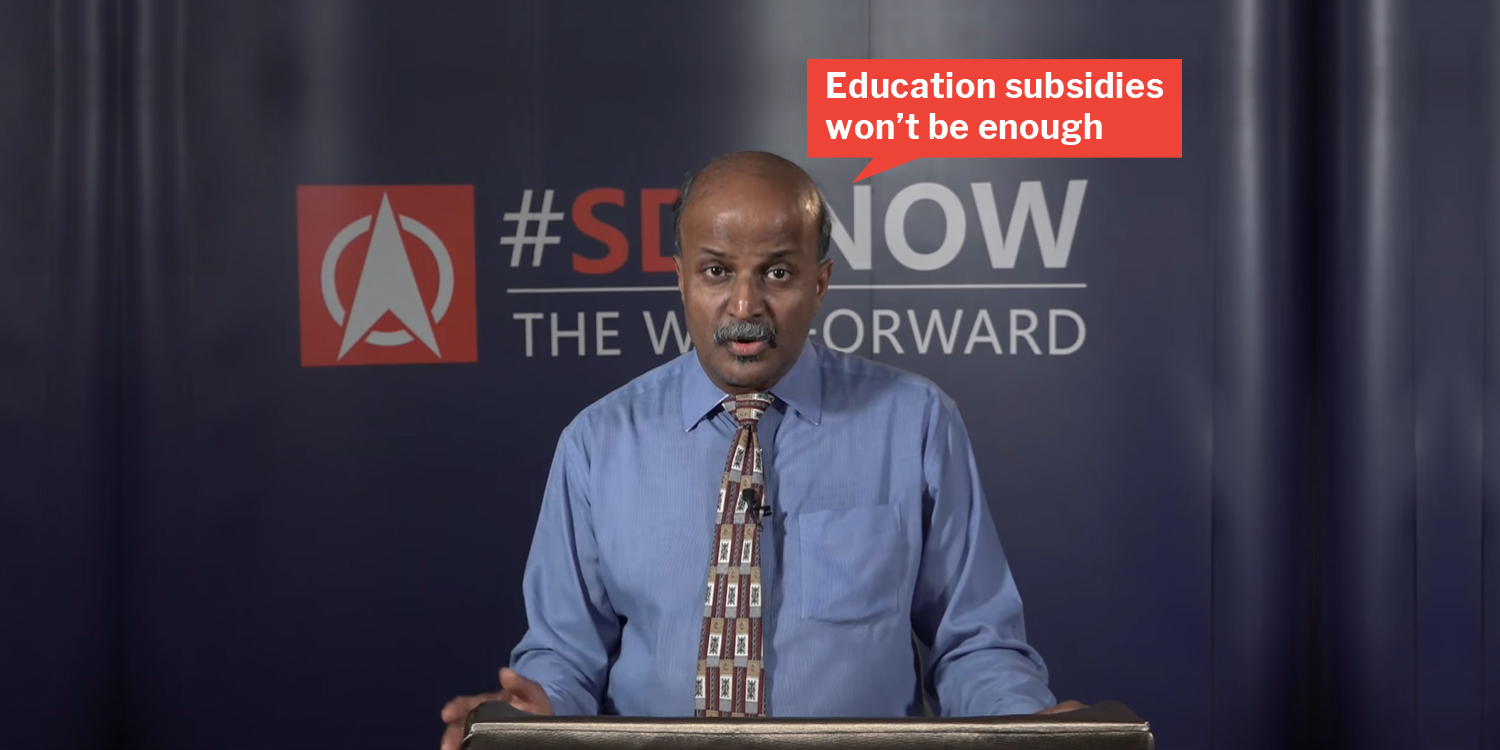 Shortly after the NDR, the party released a video featuring its chairman Dr Paul Tambyah, talking about the things they did not agree with in PM Lee’s speech.

SDP’s 3 major points of discontentment were — the increased subsidies for education, the raised retirement age, and the talk about climate change.

We summarise their claims below.

In the NDR, PM Lee said that the government intends to increase subsidies for pre-school education.

Dr Tambyah likens this to a case of the government “giving you a chicken wing, but taking away the whole chicken”. He explains that while the government may increase subsidies, they will not be enough to offset the increase in the costs of class material, school fees, bus fares etc.

He then talks, a little off tangent, about the state of inequality in Singapore — and how it manifests in early education. For example, some parents are able to pay more to send their children to expensive pre-schools and tuition centres, and those less well-off may not find it fair.

Finally, Dr Tambyah brings up his party’s own solution to inequality. Basically, the SDP wants to nationalise early childhood education. They will also attempt to correct the unhealthy strain of elitism that runs through the system.

When talking about the retirement age, PM Lee said that many older Singaporeans are concerned with not being able to find work past their retirement age.

Dr Tambyah refutes that claim, citing the lack of evidence that all older workers in Singapore share such a sentiment?

Going further, he suggests that older Singaporeans may wish to spend those autumnal years with their grandchildren or pursue hobbies which they never had the time to.

The chairman then goes slightly off tangent again to contest the statistic about life expectancy in Singapore. The tripartite workgroup had made recommendations to raise the retirement and re-employment age because of the rising life expectancy. The latest measure puts our life expectancy at around 85 years old.

In another large segment of the NDR, PM Lee talked about climate change. During the speech, a map was shown on the screen, showing which parts of Singapore may be submerged by 2109 — 90 years from now.

Dr Tambyah then pointed out that those areas which may be submerged in the future are in fact the places which are set for massive redevelopment.

Finally, he trails off that and says how despite our small size, Singapore should not be afraid to take the lead when it comes to climate change solutions.

Near the end of the video, Dr Tambyah springs to life, lifts a thumb and half-yells: Vote SDP now!

Many of the party’s claims were made on the basis that the government did not do their research properly.

For example, Dr Tambyah’s first point about the early childhood education subsidies. He says that the government did not take into account the rising costs of school fees and bus fares and the like. But PM Lee specifically said that the overall expenses will be brought down.

So unless SDP can very clearly prove that the rising costs will exceed the proposed subsidies for early education, their point is defeated by their own reason. The same thing happens when Dr Tambyah refutes the finding that many older Singaporeans are concerned with not being able to find work after the retirement age. Again, he assumes that the government did not do proper research and surveying — and therefore, he concludes, the sentiment which PM Lee cited cannot be trusted.

We’re not saying that SDP is completely wrong in their response. But that they attack the reliability of what PM Lee was saying, without providing any evidence to the contrary.

Nevertheless, it’s good to know that the opposition parties are actually taking a critical attitude towards the government’s policy. Because, after all, improvements can only be made if one discovers a problem.