An inspiration to us all.

At the star-studded Star Awards 2019 ceremony yesterday (14 Apr), there were many memorable winners, but one of them elicited not only cheers, but tears as well.

He is none other than veteran actor Chew Chor Meng, who was awarded the Special Achievement Award by Education Minister Ong Ye Kung in recognition for his contributions to Singapore’s media industry. 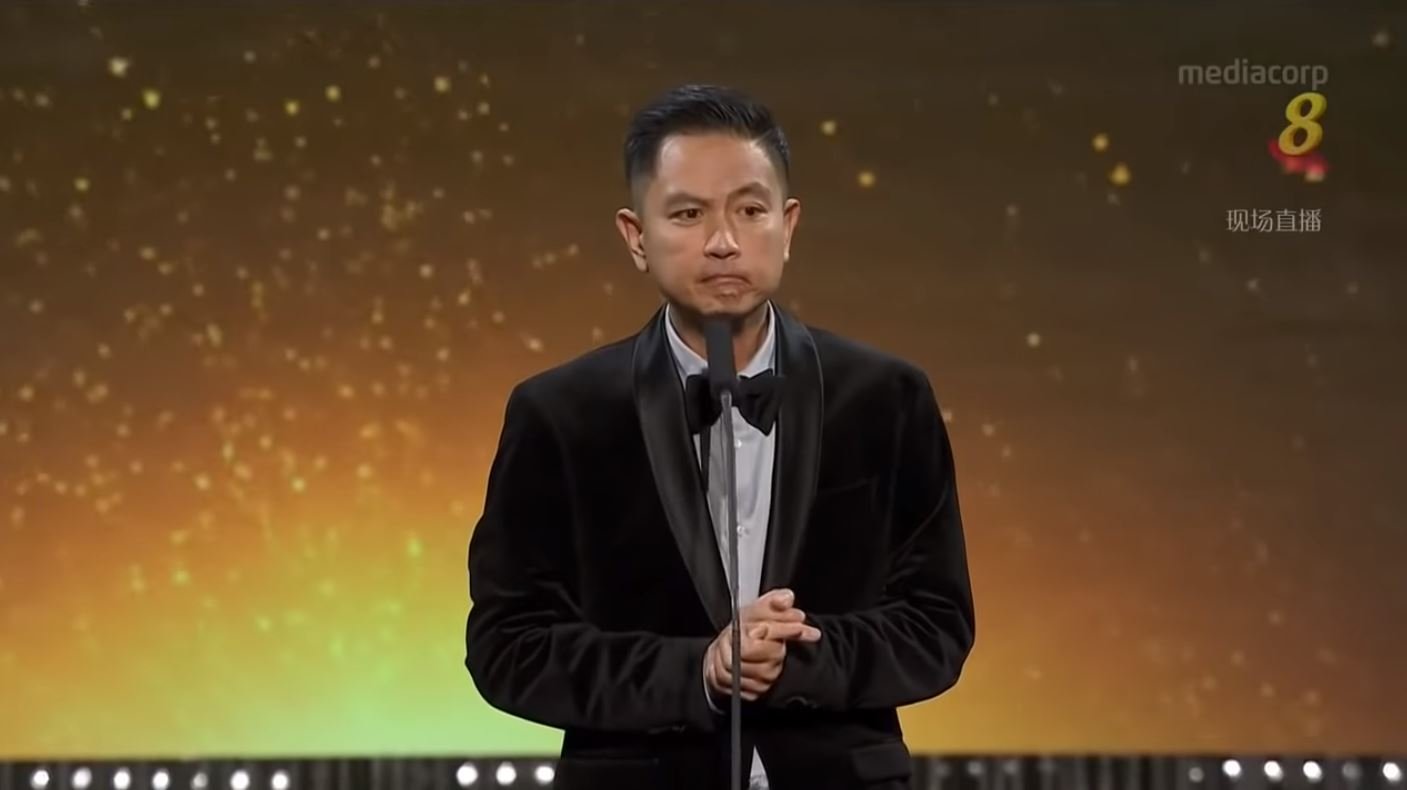 Clutching the mike tightly with his right hand, he gave a touching speech about his love for acting and how he will fight his illness to continue giving the best of himself to his audiences.

Here are 9 facts about the well-loved actor whom we hope, with his grit and tenacity, will be able to continue doing what he loves — bringing smiles to us all on the screen.

In 1990 at the age of 22, Chew won the talent search competition Star Search which kickstarted his 30-year career in showbiz. He would go on to accompany many of us through our growing years, starring in over 50 dramas and bringing much joy and laughter to his audience with his stellar performances. 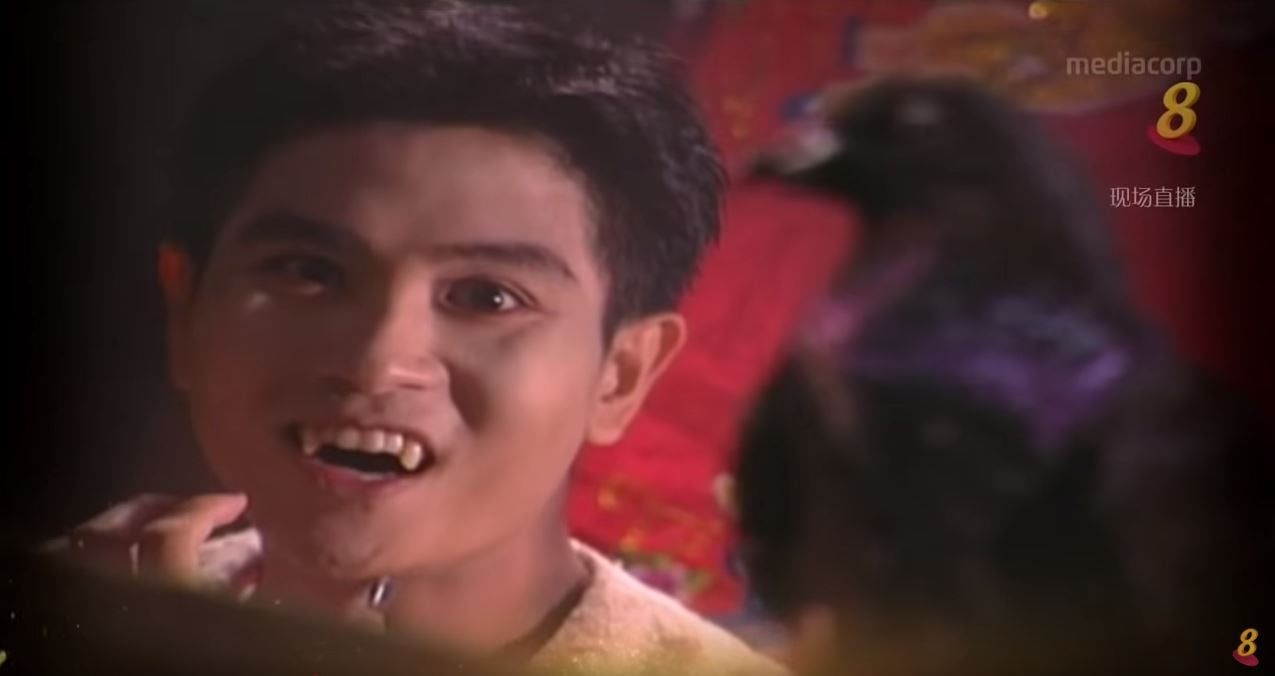 His versatility in acting a wide variety of roles earned him popularity with viewers and he won the Top 10 Most Popular Male Artistes for 10 consecutive years since the award’s inception in 1994, making it on the elusive All-Time Favourite Artiste stage in 2004.

In the late 1990s to early 2000s, he skyrocketed to popularity for his role in Don’t Worry, Be Happy as the protagonist Ah Bee, a salesman who basically coined the concept of being a Lobang King. 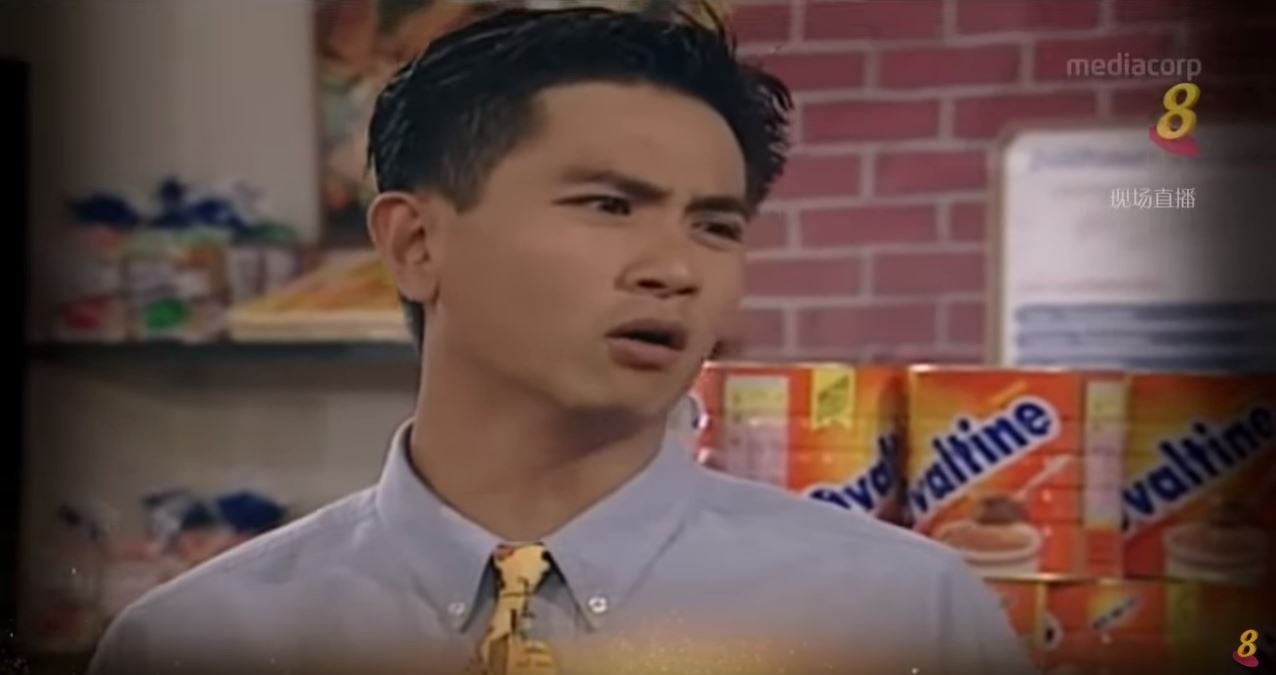 An equally memorable role he took on was in the 2001 drama The Reunion — where he played a villainous lawyer, Li Kechun. 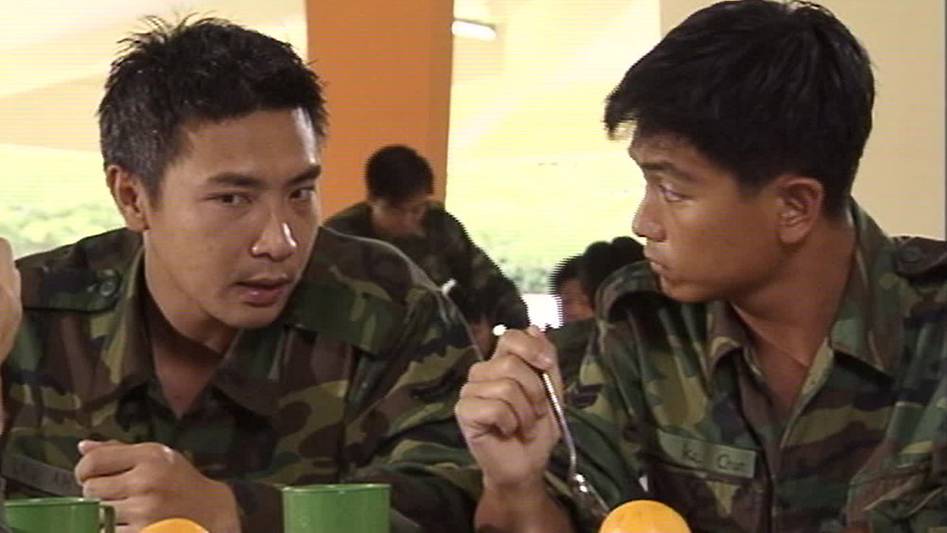 Most recently, viewers would know him as Hong Daming, the boss of a Tiong Bahru coffee shop in Channel 8 drama, 118. 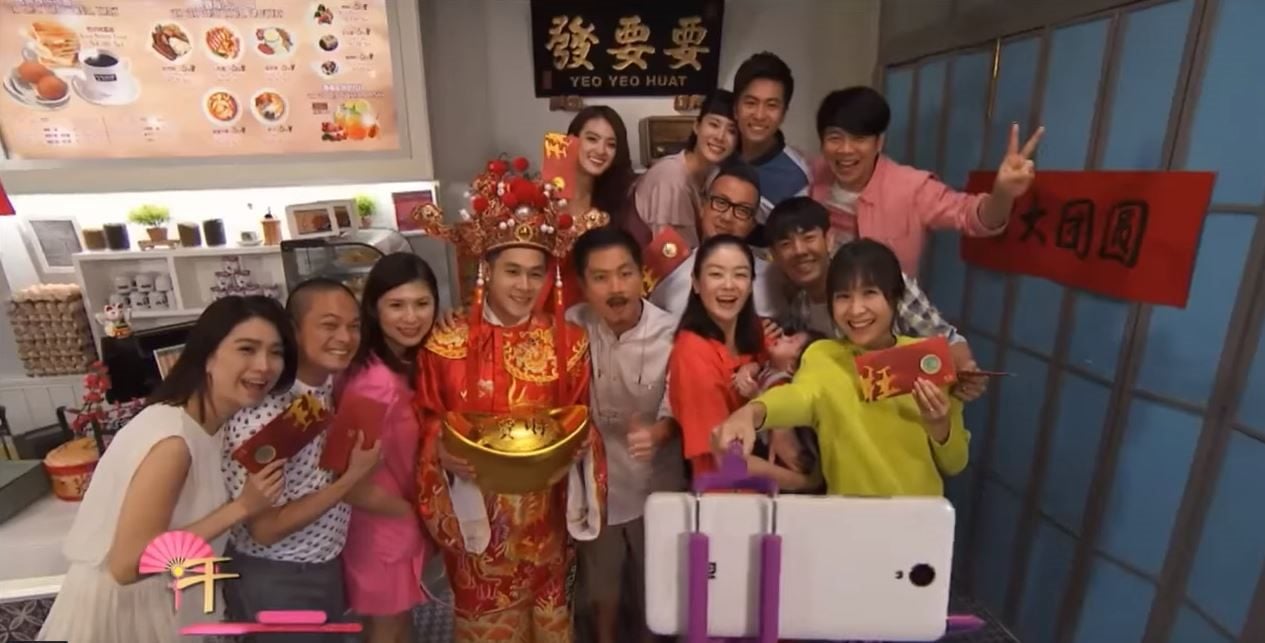 3. Showed his gift of the gab in variety shows

Always one to push himself, Chew has not only acted in many well-known dramas, but has also gone on to host over 40 variety shows.

He was one of the hosts of variety show Food Hometown 2, where he travelled to find the ancestral origins to foods of various dialect groups. 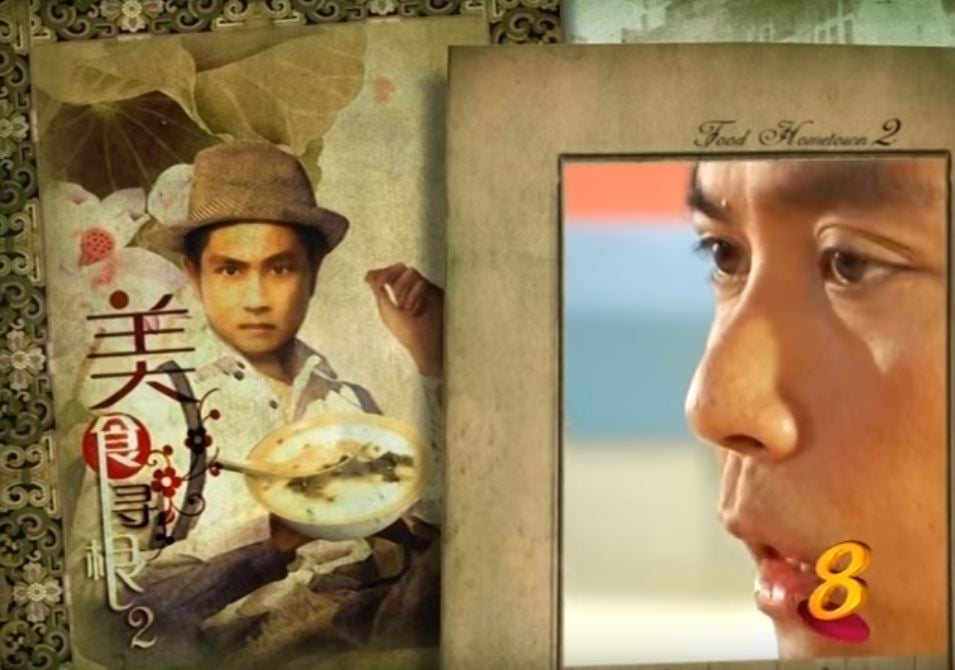 For his eloquent co-hosting efforts, he was nominated for Best Info-Ed Host Award at Star Awards 2010. 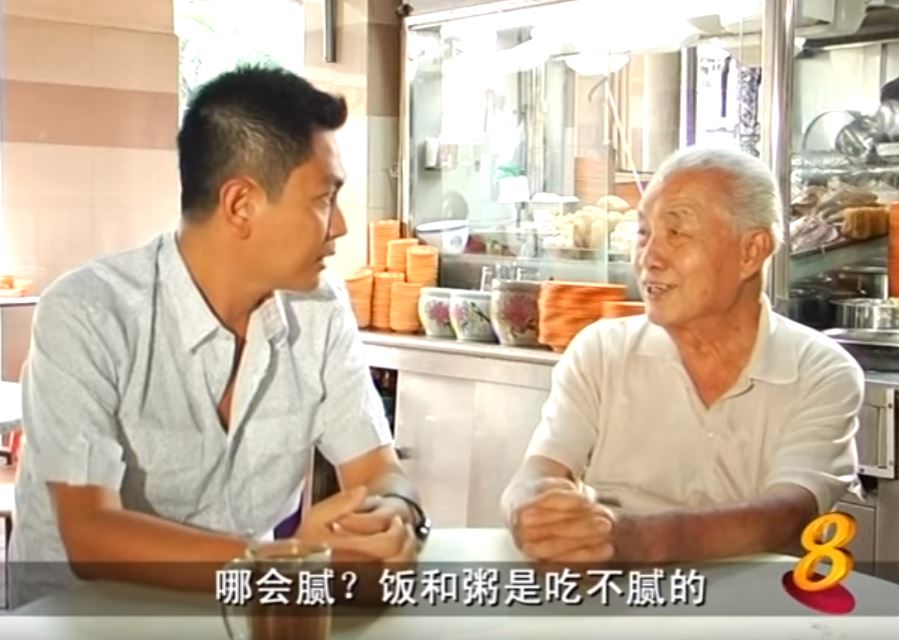 4. Lost his father in primary school

In a 2008 celebrity talk show, Chew revealed that he did not have a happy childhood as he was often abused by his father, a heavy gambler and alcoholic.

His father subsequently committed suicide when Chew was in primary school.

On his life story, Chew has released an autobiography entitled Stages Of Life in hopes of inspiring others to push on in the face of life’s adversities. 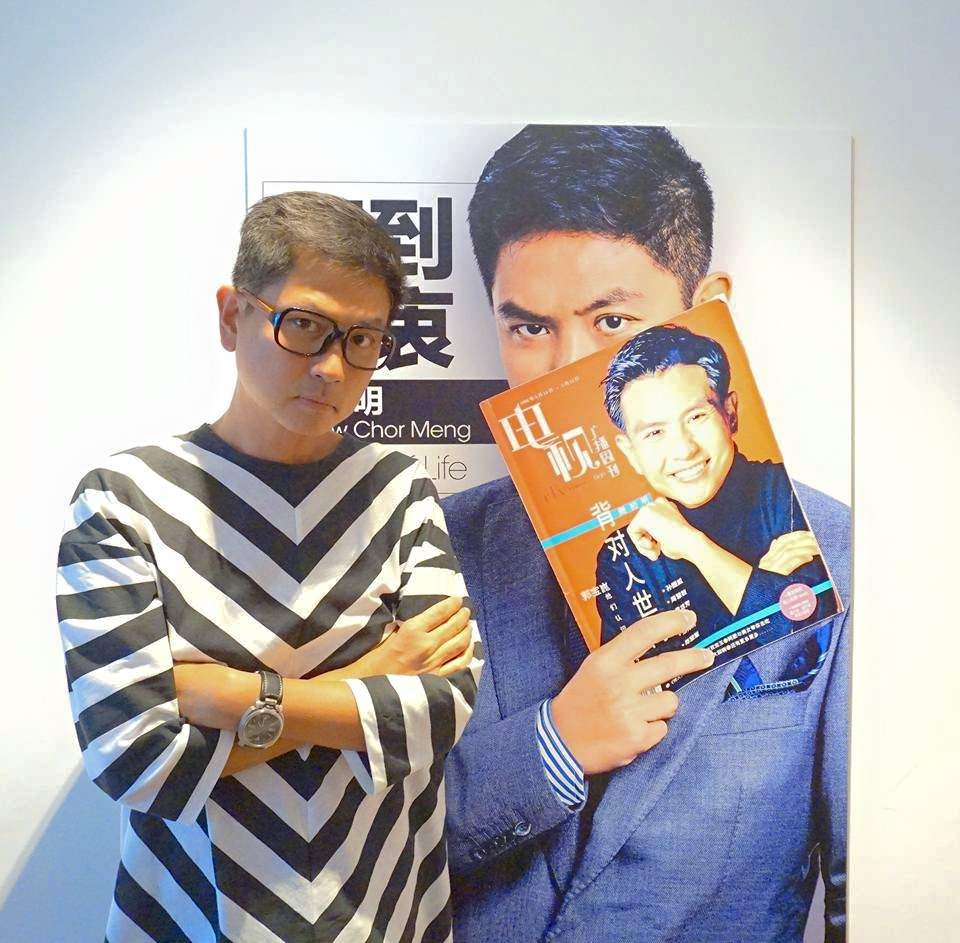 5. True blue Singaporean with a love for hawker food

Singaporeans evidently love their hawker food, and Chew is no exception. 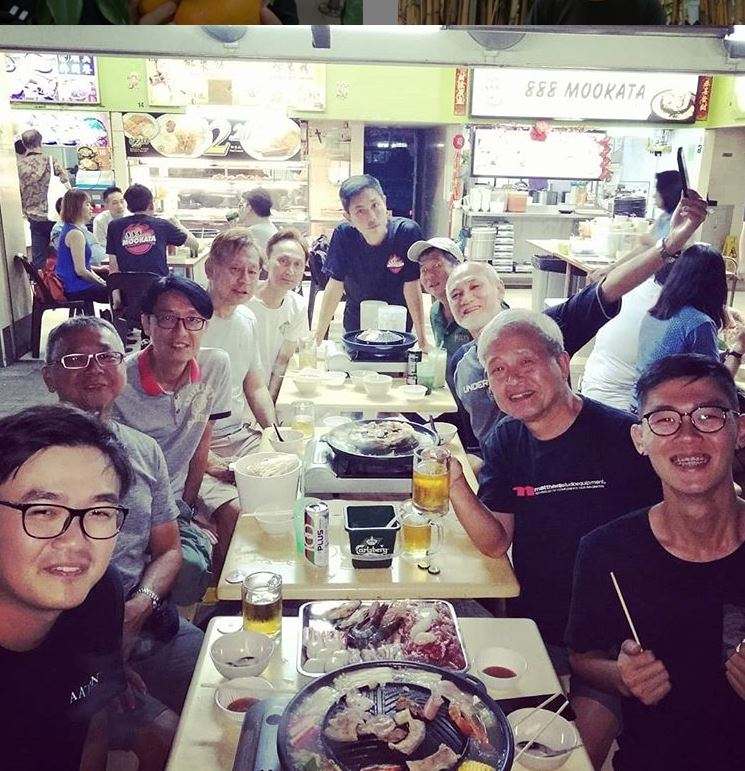 Some of his family’s favourite food include Chomp Chomp in Serangoon Gardens, Whampoa Market’s famous rojak and a renowned oyster omelette dish in Toa Payoh.

In addition, while many of us may hold our noses at smelly tofu in Taiwan night markets, Chew absolutely loves them.

If you’re a fan of Thai barbecue steamboat, which is coincidentally also one of Chew’s favourites, we have some good news for you.

Together with fellow actor Dennis Chew, he has opened three 888 Mookata stalls with outlets at Hougang, Bishan and Bukit Batok.

Here’s a shot of him enjoying steamboat from his own stall: And if Thai barbecue steamboat doesn’t appeal to you, the duo has also opened porridge stalls at Ang Mo Kio and Tampines.

They even punned the shop name – The Famous Zhou 粥出名 – a play on their surnames. How cute is that? In 2008, Chew was diagnosed with a rare muscle-wasting disorder termed spinal muscular atrophy, or Kennedy’s disease.

The first 2 doctors that he visited gave him a mere 18 months to live, but he and his wife refused to accept the diagnosis and sought a third opinion.

It was very fortunate that they did, as the third doctor gave them a miracle statement — that he could actually live longer, even decades, depending on how fast his muscles degenerate.

Although he is unable to walk fast, go up stairs or hold heavy things, Chew has remained optimistic about his condition, saying that,

I think being able to walk is already a blessing. So I try not to complain too much.

Chew is happily married to his wife, Deon Tan, and has 2 teen daughters, Chloe and Cheyenne.

His loving daughters have always understood from a young age that he’s unable to carry heavy items due to his condition.

They have never asked him to help with their school bags, and when the family travelled overseas, they would automatically assist in carrying the luggage. 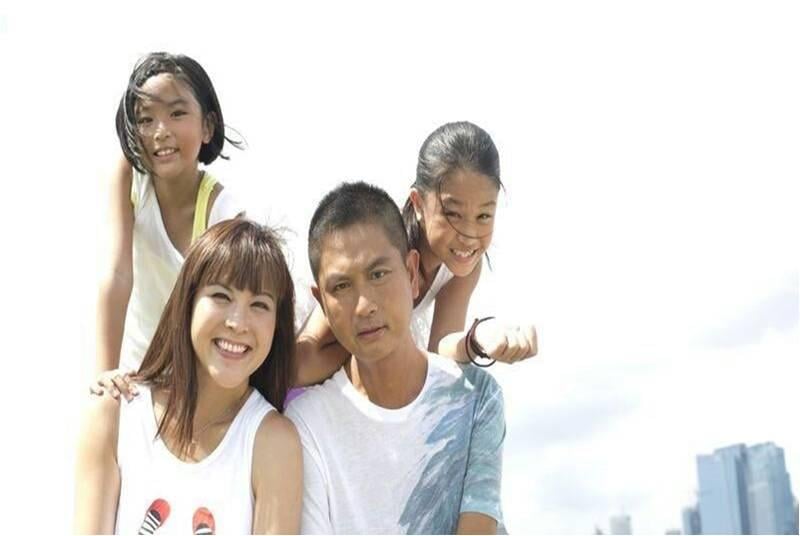 On family outings, they would also remind each other and their mother to slow down to ensure that the pace was comfortable for Mr Chew.

The girls would go one step further and recce the places first to bookmark where the nearest toilets are, and whether there are any steps or slopes to watch out for.

At the 2019 Star Awards, he was presented with the Special Achievement Award (特别成就奖) by Minister Ong Ye Kung. 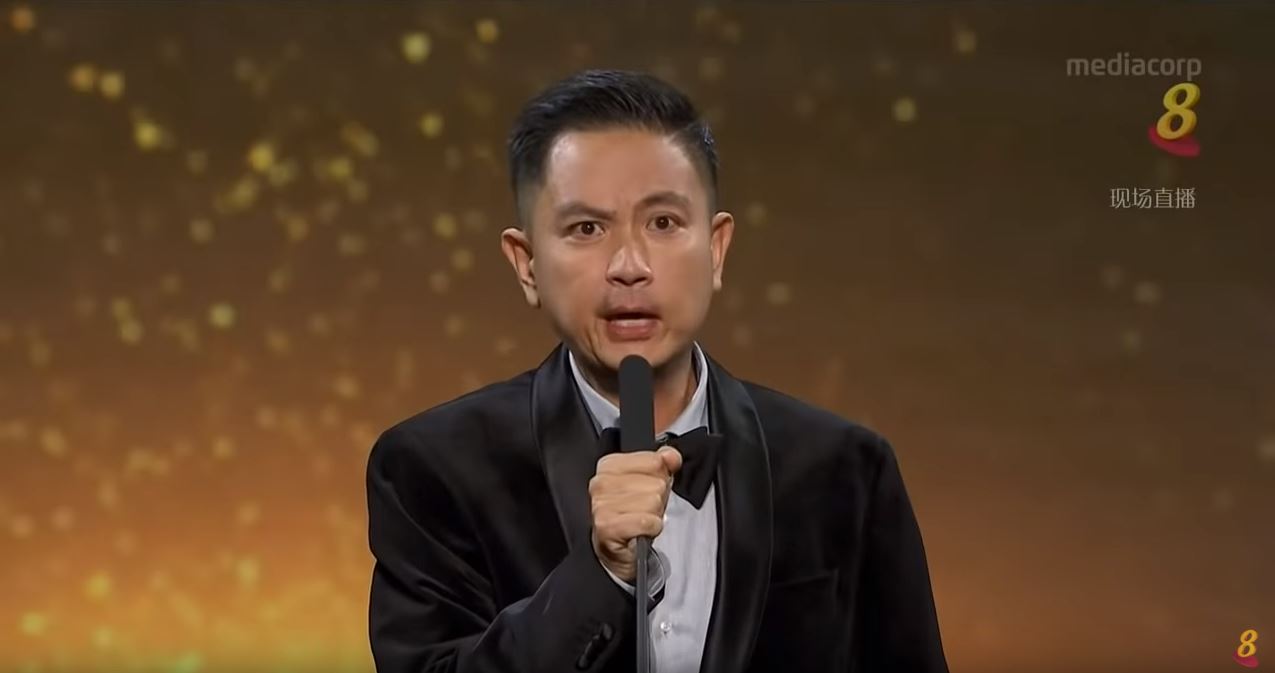 After going onstage to receive his trophy, he poured his soul out in a touching speech which moved many in the audience to tears.

Here’s the full transcript of his speech in English:

This moment will be one that I’ll remember for the rest of my life. Thank you.

In the 80s, I came into the industry as a calefare actor. As the years progressed, I took on more leading roles until 1990, when I became a full-time artiste.

I’ve always been very thankful that I got to work as a performer — acting is my passion.

Let me tell you that for most of my life, I’ve been cast in shows that I’ve loved being a part of.

But to me, my achievements aren’t anything to boast about.

So when they told me they wanted to present the Special Achievement Award to me, I mulled the decision over for very, very long.

For the past 10 years, my medical condition hasn’t been great. But I’m so grateful I’ve still been able to pursue acting.

There have been many occasions on set where my flesh was weak, but my heart is willing.

Thanks to my understanding colleagues, who have walked with me every step of the way, impossible things have been made possible.

Their support has been my greatest driving force. Besides thanking my father in heaven, I would also like to thank all those who have helped me in any way.

As for the future, if everyone doesn’t mind and you like watching my shows, I will persevere till the end.

Because, I love acting.

When there comes a day, I can’t walk anymore and can only sit down.

Even when I’m sitting, I’ll put in my 100% to make sure the scene is shot perfectly.

(He controls his emotions before saying with conviction.)

Because, I am an actor. An actor’s job is simply to be responsible for carrying his show.

In a phenomenal career that has spanned close to 30 years, Chew Chor Meng has definitely touched the lives and hearts of all who grew up watching him on television.

His sincere acting and versatility in different roles has left a deep impression on many viewers, while his amicable personality has cemented his status as a well-loved veteran artiste among his colleagues.

With his grit and determination to continue doing what he loves in the face of whatever life throws at him, we believe that he’ll continue to be an inspiration to us all.

Featured image from Toggle and MediaCorp Channel 8 on YouTube.