Often touted as one of our national dishes, chicken rice is well-loved by Singaporeans.

So it was no surprise when a man came back for seconds at a chicken rice stall in Bedok on Wednesday (5 May).

However, things turned south when he was handed a plate of $3 chicken instead of the $2 plate he requested.

As the stallholder explained that their minimum order was $3, the man grew irate and threw the plate of chicken at the stallholder, as seen in CCTV footage.

The stallholder has lodged a police report.

On Wednesday (5 May) at around 6.35pm, a man approached Hong Shi Chicken Rice Stall and bought $8 worth of chicken rice.

About 10 minutes later, he returned to the stall. Holding up 2 fingers, it looks like he’s asking to buy another serving of chicken for $2. 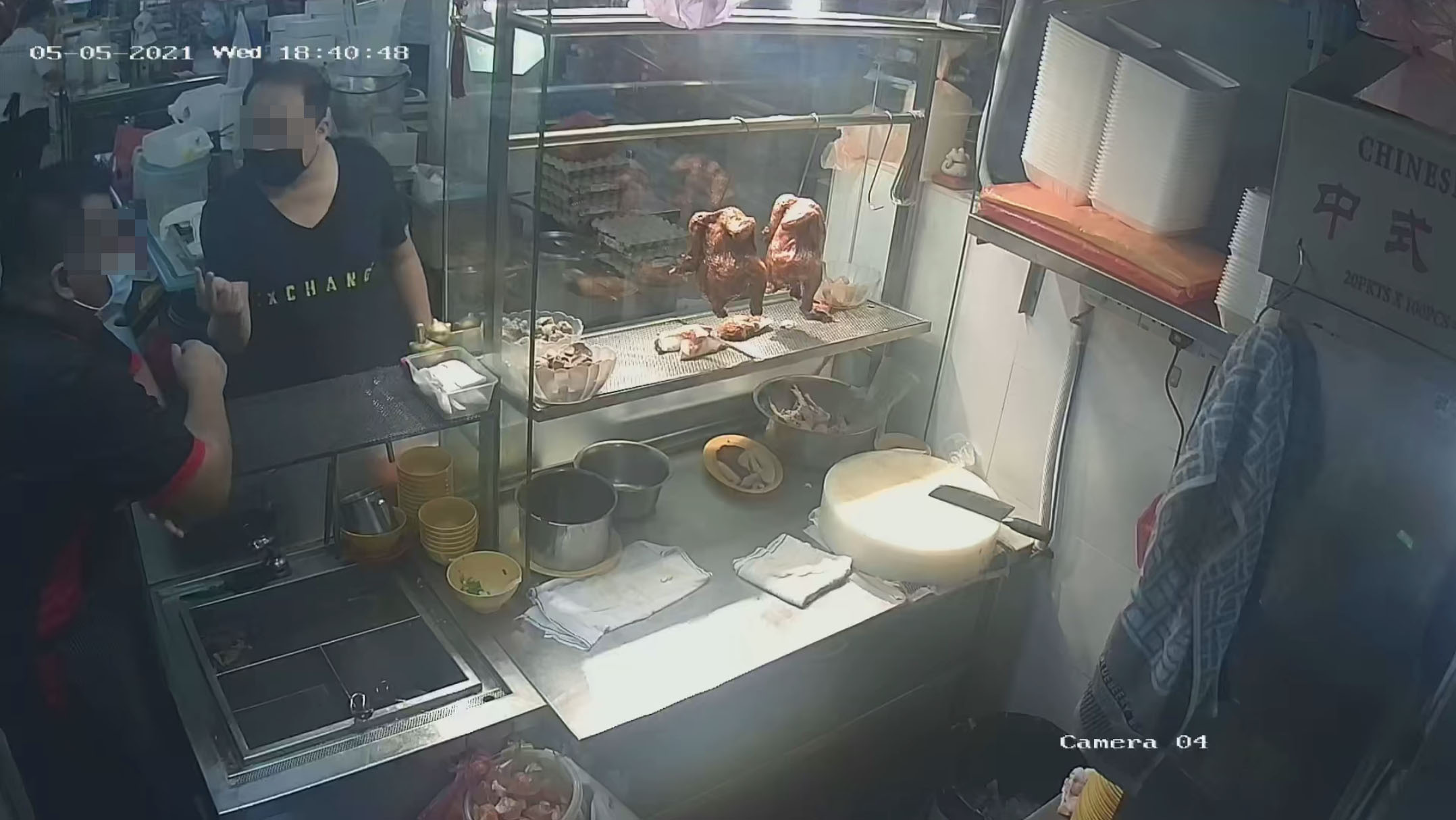 Hearing this, the stallholder informs him that their stall only sells $3 servings of chicken or more.

The man seemingly disagrees with this while the stallholder continues preparing the plate of chicken. 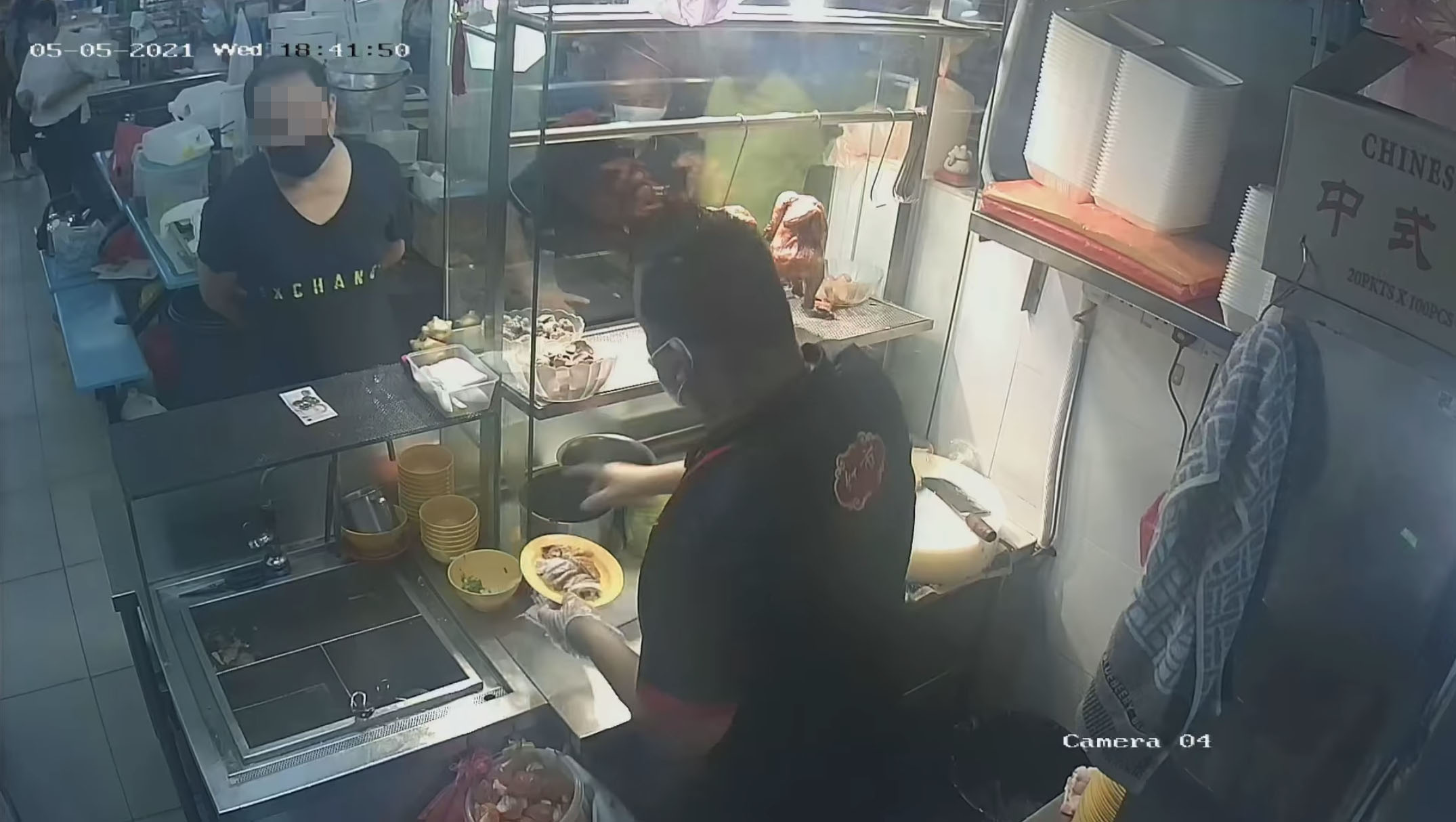 When the stallholder puts down the $3 plate of chicken on the counter, the man looks unhappy.

In the CCTV footage, he appears to become increasingly agitated, gesturing that he wants the $2 serving. 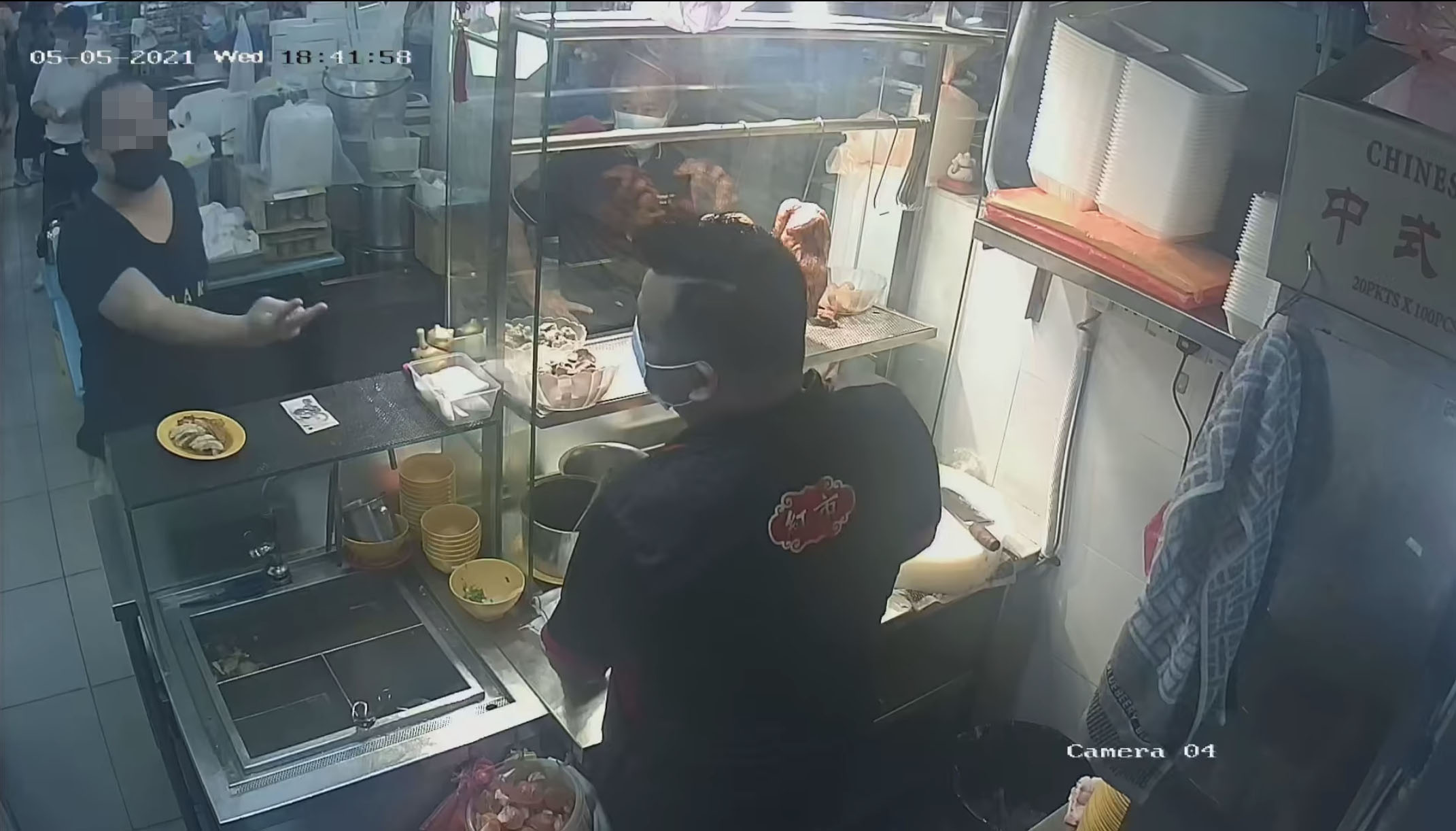 At this point, we see more customers waiting in line behind the man.

It looks like they are trying to talk the man down. One of them also tries to hold the man back as he points accusingly towards the stallholder. 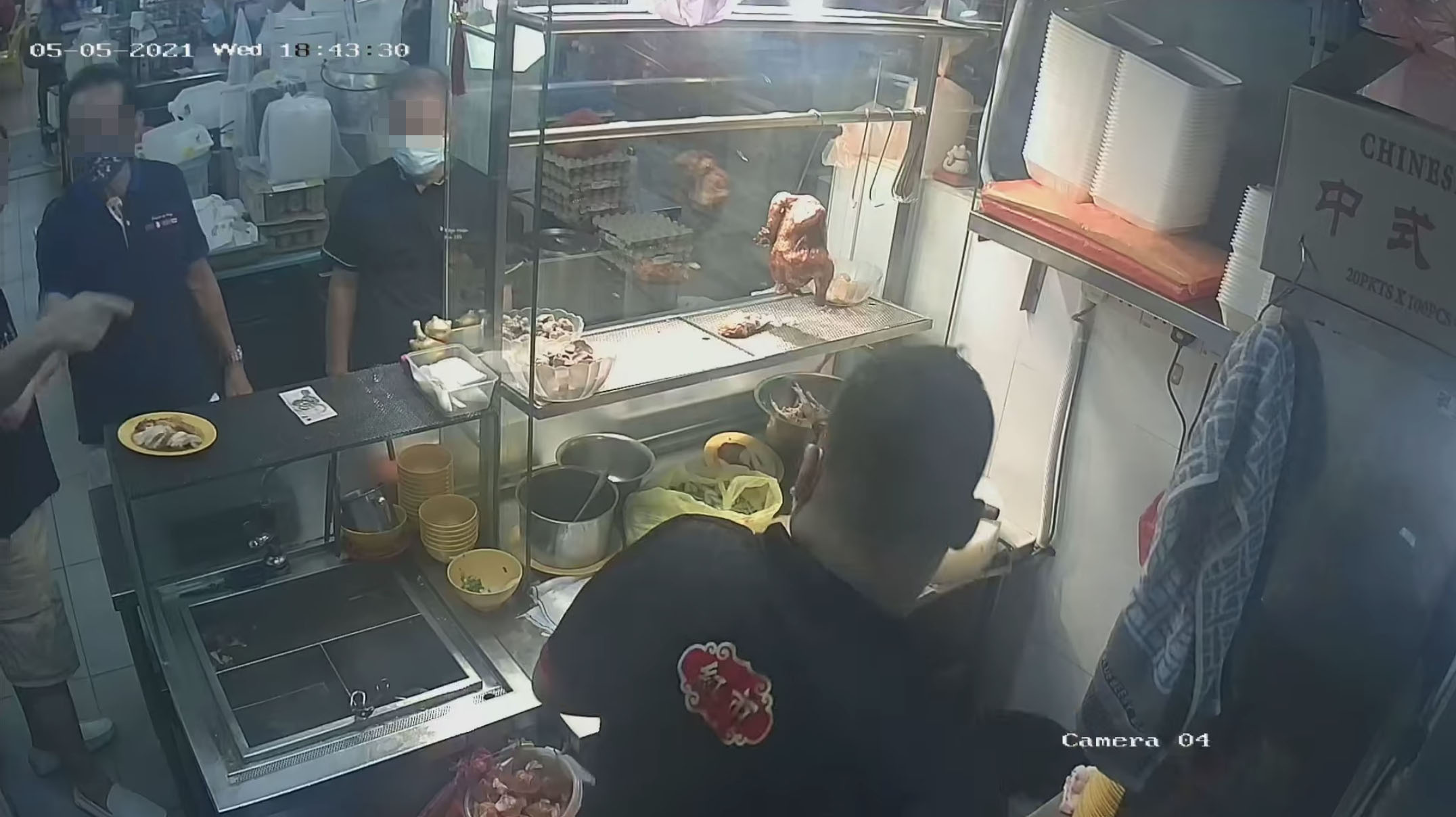 Presumably riled up, the man picks up the plate of chicken and tosses it at the stallholder.

The stallholder has since made a police report about it. Based on their account, shortly before the man hurled the plate, he allegedly said that if he couldn’t finish the food, the stallholder would have to eat it.

The stallholder replied, saying he was not an animal and refused to eat leftovers.

This likely prompted the man to start hurling vulgarities, and ultimately, the plate of chicken.

Hong Shi Chicken Rice shared the CCTV footage of the incident on their Facebook page. Within 4 hours, the video has garnered over 300 shares at the time of writing.

Be level-headed even when in disagreement

It’s unfortunate that a dispute like this took place between a customer and a stallholder.

When disagreeing with a business owner’s policy, perhaps being level-headed and reasonable is the best way to go about it.