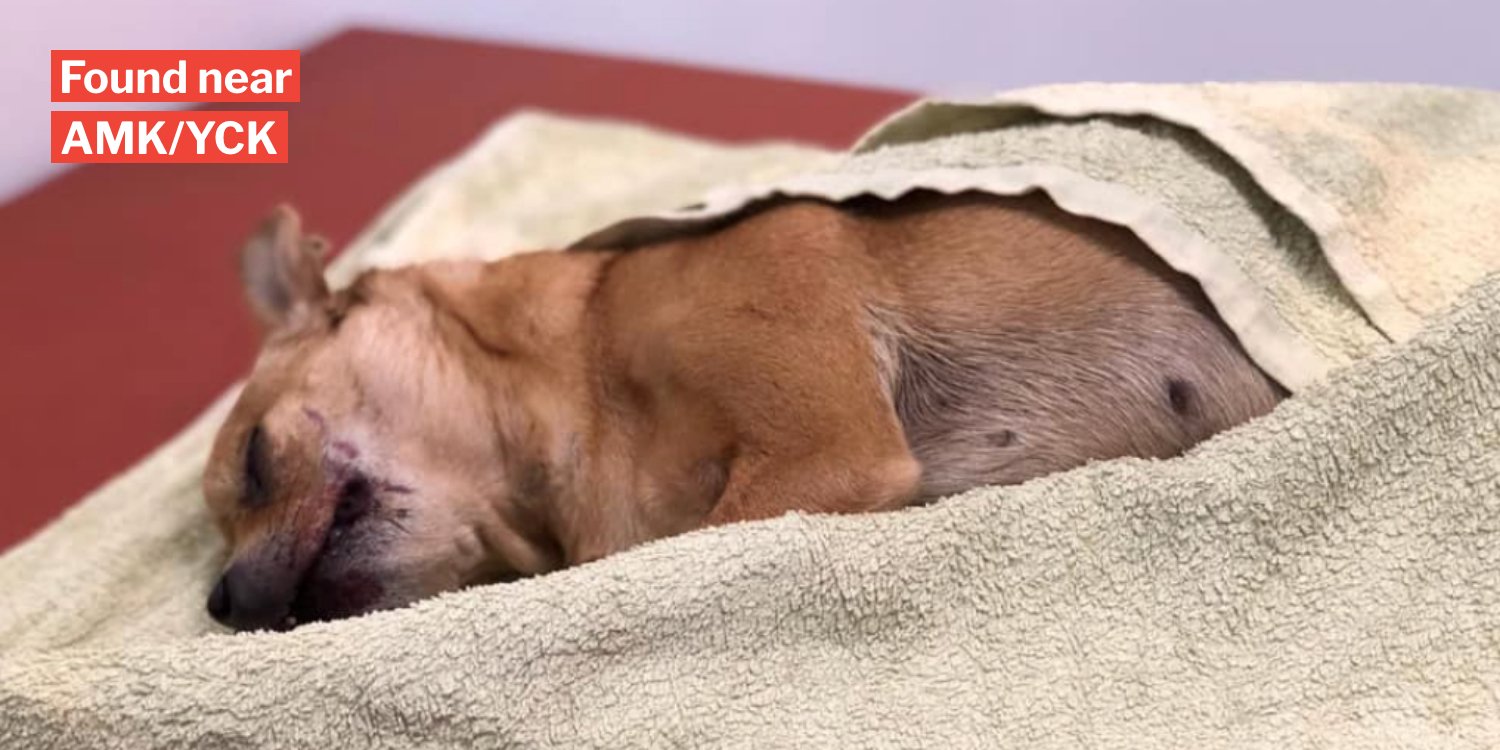 Chihuahua Passes Away After Ang Mo Kio Accident, Netizen Tried To Save It And Now Looks For Owner

Losing a pet is a scary experience that can occur due to various reasons. Unfortunately, a chihuahua which seemed to have been separated from its owner has died from a traffic accident.

A netizen is currently appealing on Facebook to help find its owner. 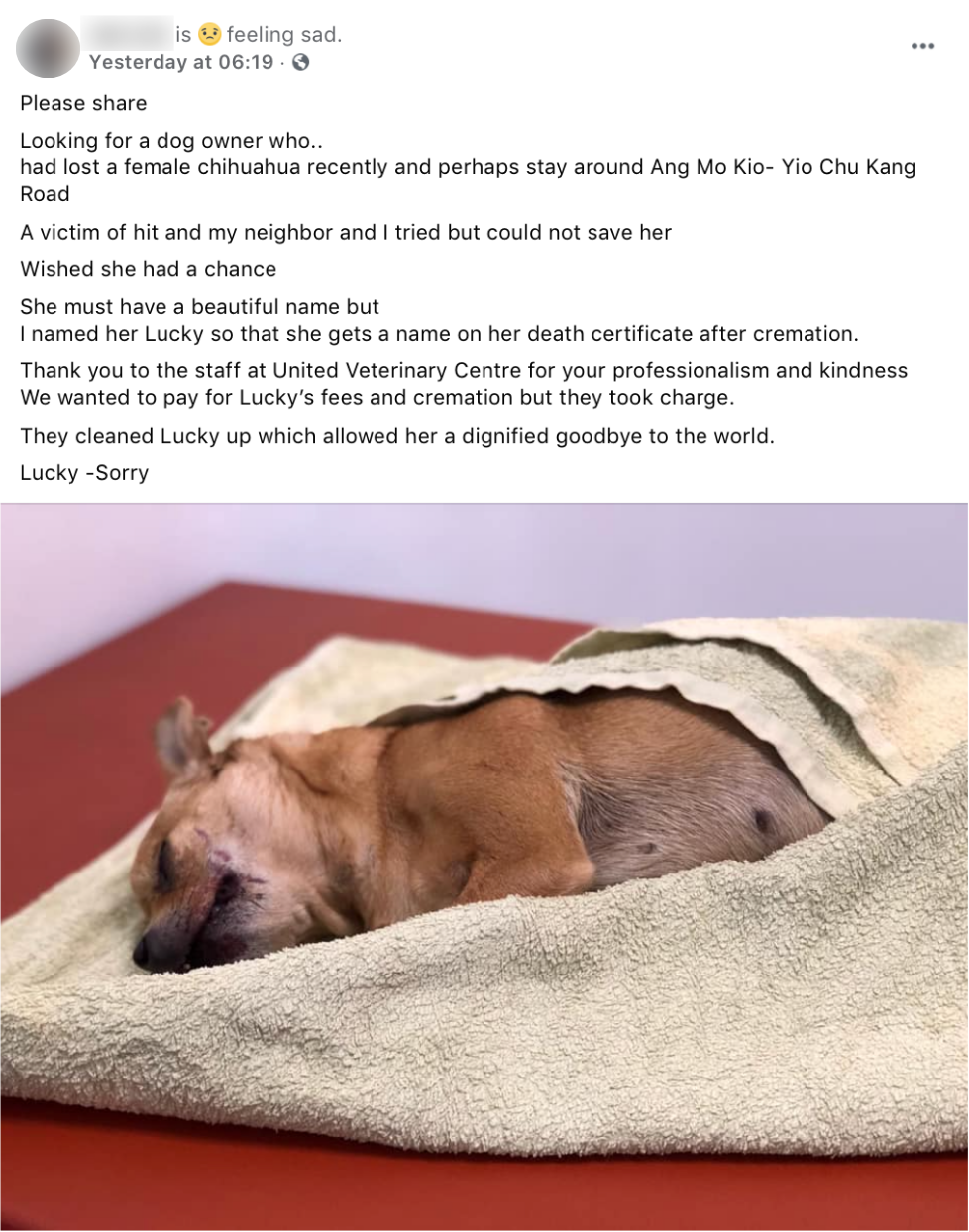 We are saddened by this tragedy, which shows the dangers that pets face when they wander away from home.

According to the Facebook post, the poor dog was found near Ang Mo Kio and Yio Chu Kang Road after it was hit by a vehicle. The netizen and her neighbour tried to save the chihuahua. Unfortunately, the dog passed away later on.

Chihuahua brought to vet for cremation

The netizen subsequently brought the chihuahua to United Veterinary Clinic in Ang Mo Kio, where the staff cleaned her up and arranged for cremation.

The netizen and her neighbour had wanted to pay for the fees from their own pockets, but the kind staff apparently said they’ll handle the arrangements at no cost.

To avoid giving her a nameless cremation, the netizen named the dog Lucky.

She is also seeking the dog’s owner, who could’ve been living around the site of the accident near Ang Mo Kio or Yio Chu Kang.

Hope for dog’s owner to be found

Though the story of Lucky is tragic, it’s a reminder that pet owners should take measures such as keeping house gates closed, lest they risk losing their pets should they wander off.

We hope Lucky’s remains will be reunited with her owner soon.