10 Landmarks China Has Cloned That Are Actually Decent, Including Gardens By The Bay 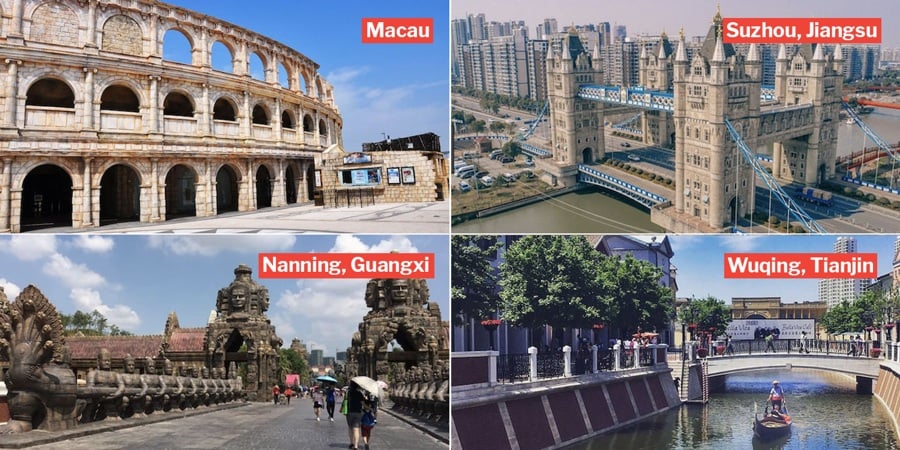 Their Angkor Wat and Colosseum are seriously impressive.

10 Landmarks China Has Cloned That Are Actually Decent

Ever dreamed of visiting iconic landmarks across the globe? Well, surprise surprise — you can clear your bucket list all-in-one country.

In recent years, China has built knock-off versions of the Eiffel Tower, Arc de Triomphe, Angkor Wat — and our very own Gardens by the Bay.

While you might scoff at these clones, we’ve found that some actually do measure up to the real thing. Here are 10 versions of world-famous landmarks that you can find in China.

Fancy a trip to the Khmer Empire’s greatest temple? 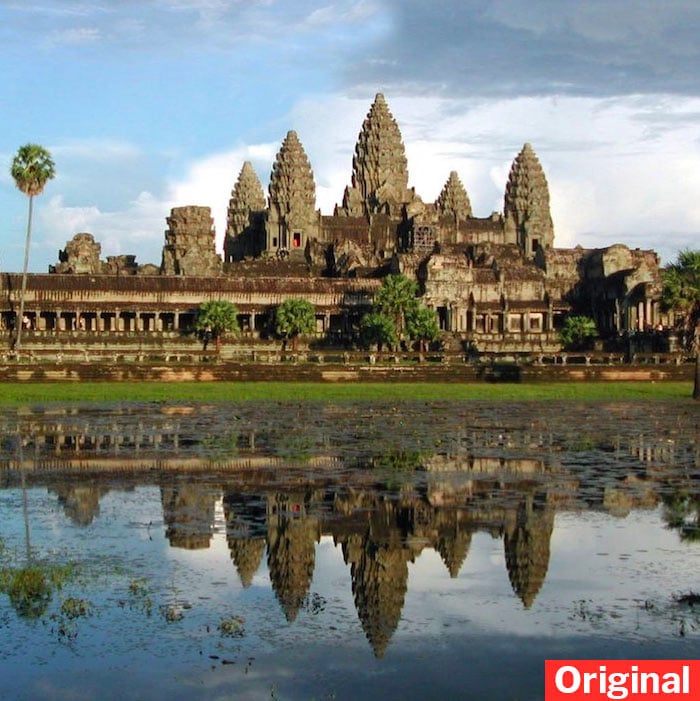 Dubbed as the “Amazing Angkor”, the $21.8 million temple complex includes earth-coloured structures, carvings and statues that look legit close to the real deal. 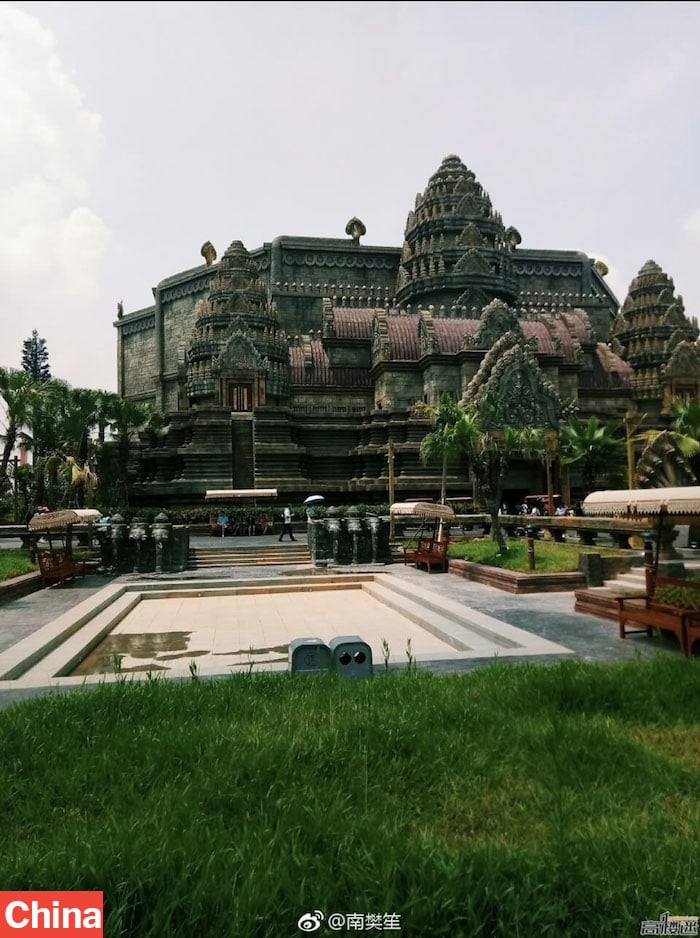 Feel free to walk in awe as you marvel at the smiling Buddha statues and soak in the warm rays of the sun. 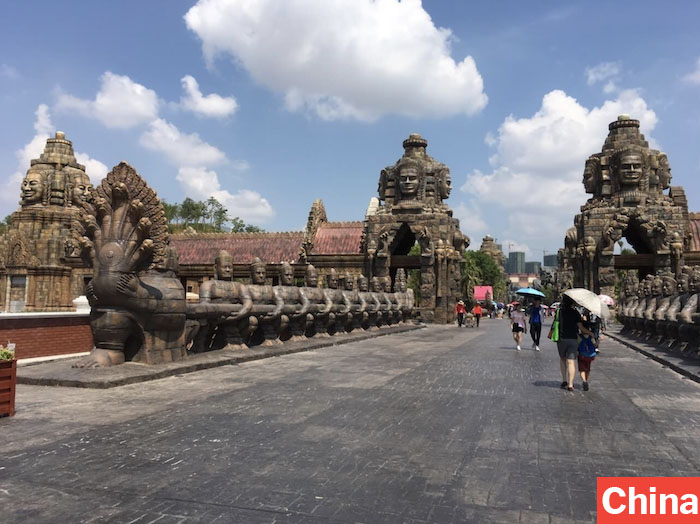 The destination was duplicated as a part of the new Fantawild “Asian Legend” theme park, which includes other tourist destinations in ASEAN countries.

2. Gardens By The Bay’s Supertrees

Gardens by the Bay anyone? 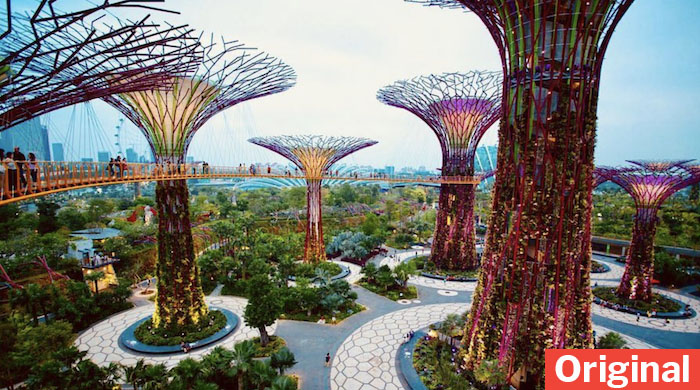 If you ever want to feel like home away from home, you can drop by Shanghai to find miniature versions of our very own supertrees by the road. 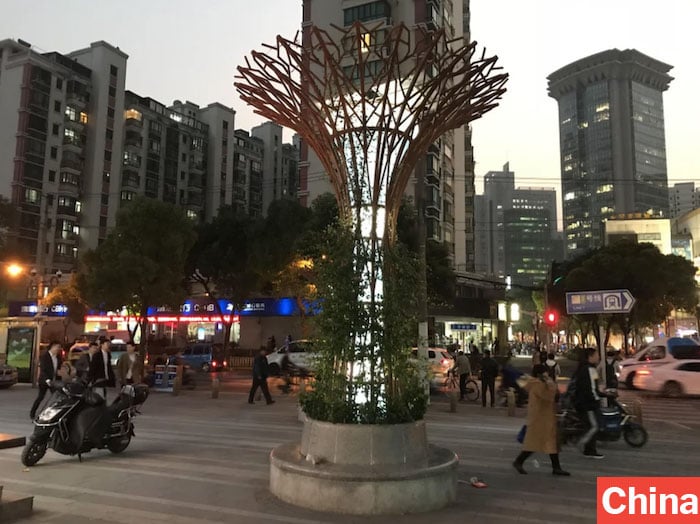 It might not measure up to ours size-wise, but at least it can provide a bit of shade and serve as good-looking streetlights.

If you’ve ever wanted to visit the City of Lights because of its dazzling boulevards and bridges, we’ve got awesome news for you! 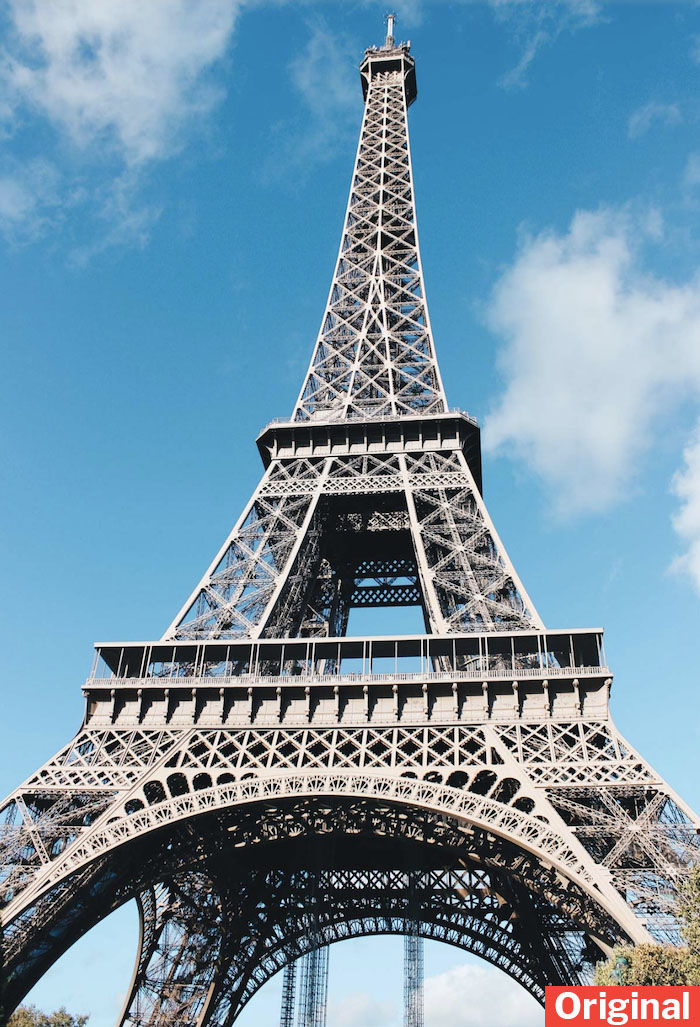 At Tian Du Cheng, you can get a taste of Paris while in China through their amazing recreation of the Eiffel tower. 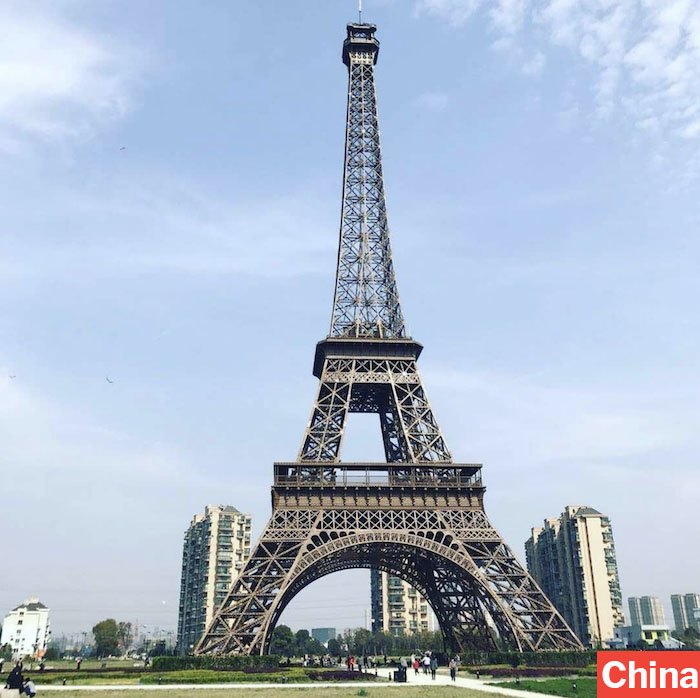 And it’s not just a replica, they wanted to capture the look and feel of Paris too!

The area is filled with European-style parks, buildings and boulevards that’ll make you feel far from the East. 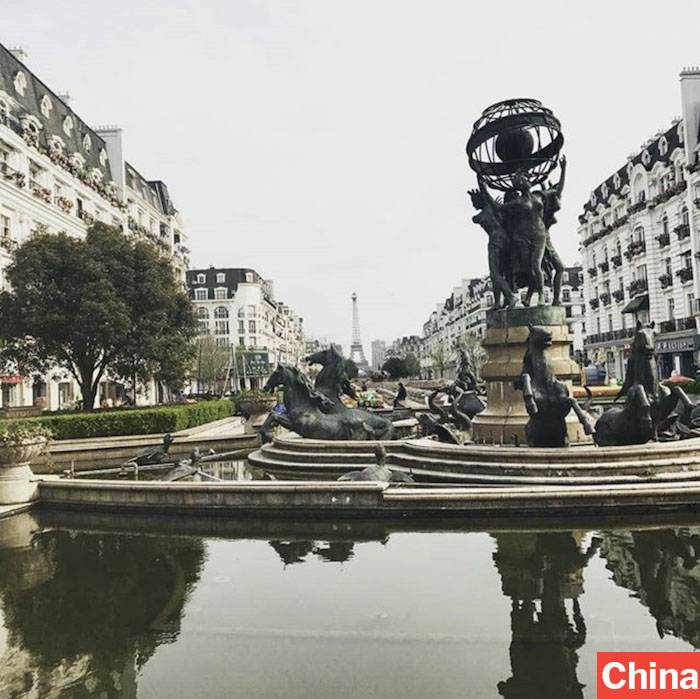 Always wanted to see the world famous Arc de Triomphe, but don’t feel like booking an expensive ticket to Paris? 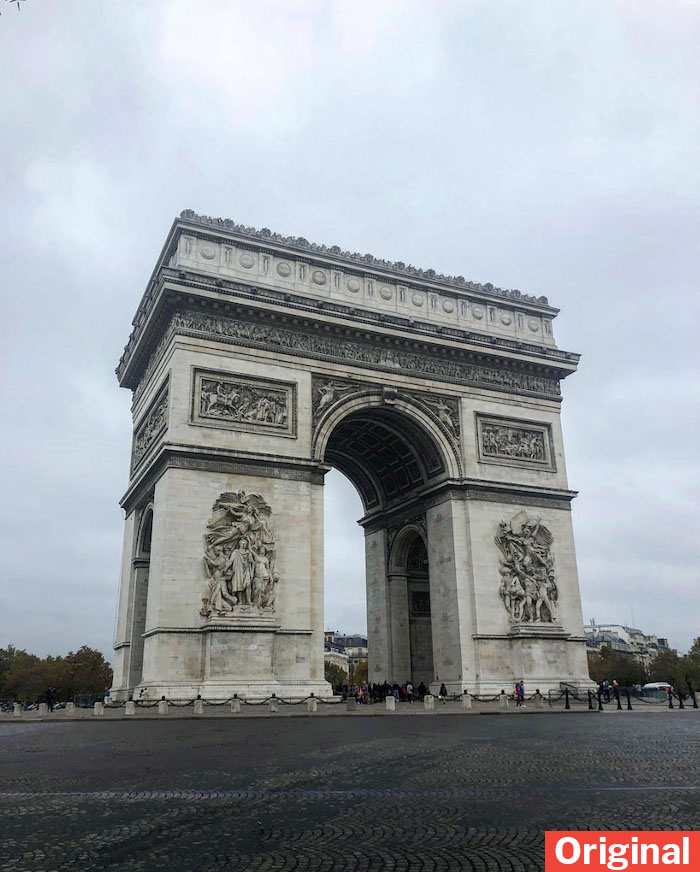 Don’t worry, China has you covered.

Four versions of the triumphal arc are found in Jiangsu’s Huaxi Village, Shenyang, Zhejiang’s and Zhengzhou. The 20-metre-tall structures aren’t even twice the size of France’s 50m original, but it can pass as a smaller version. 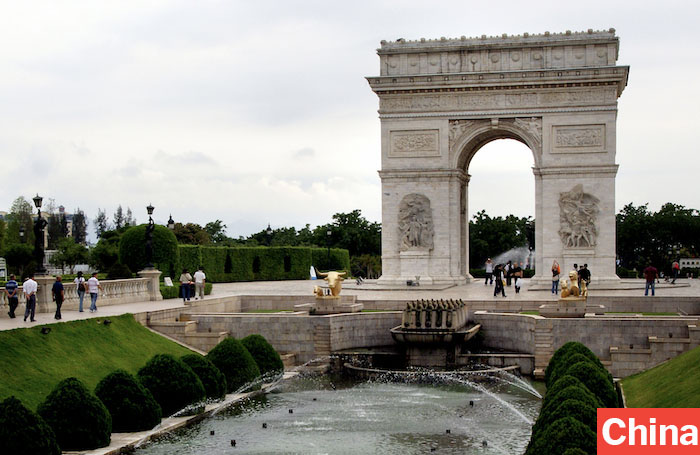 You’ll undoubtedly feel like a king or queen whilst strolling across the tree-lined boulevards, beautiful marble floor and sparkling water fountains.

The Colosseum is definitely one of the greatest architectural feats in history, but you don’t have to go very far to relive the past. 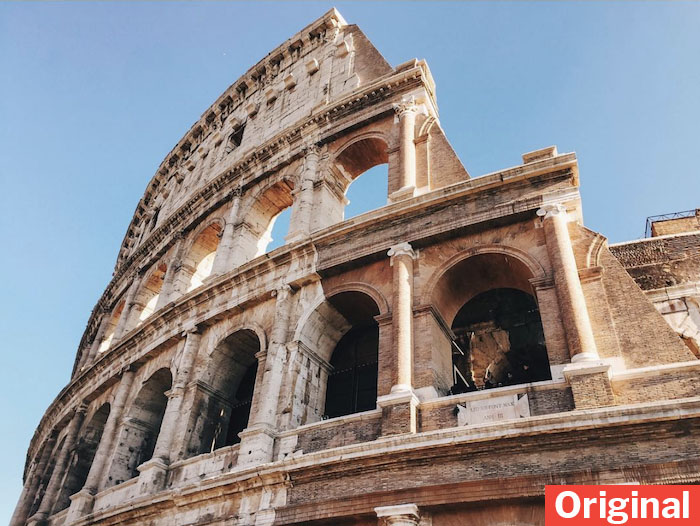 Macau’s Roman Colosseum looks eerily similar and is big enough to seat 2,000 people. It’s not a life-size match for the main destination which can house about 50,000 spectators, but the outdoors are an ideal venue for watching concerts and performances. 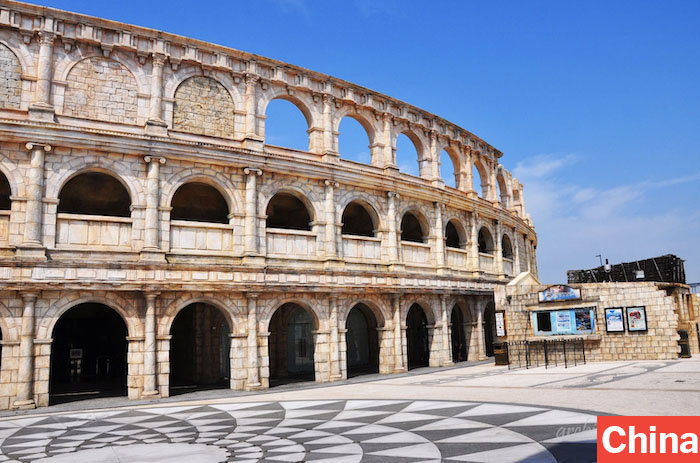 China’s Florentia Village – built by an Italian developer in 2011 – is an accurate replica of Italy’s ornate fountains, bridges and canals. The quaint village is located in Wuqing, halfway between Beijing and Tianjin. 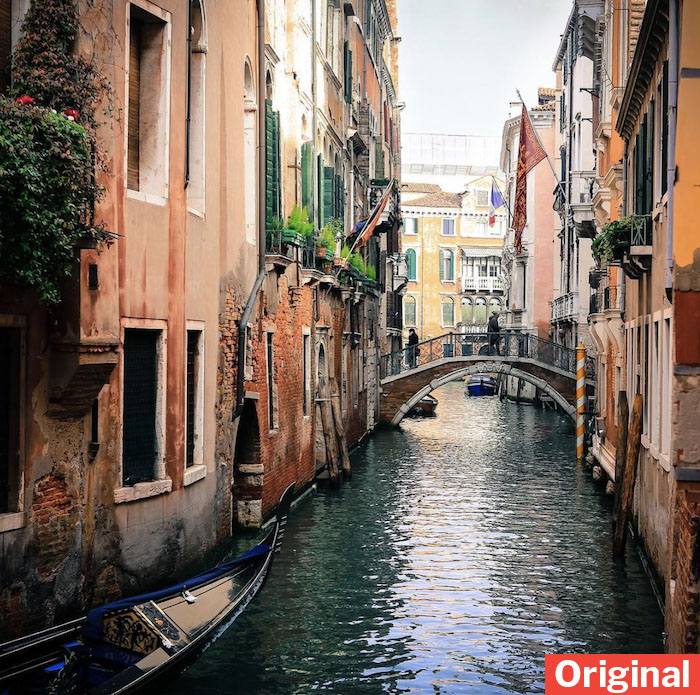 Hopeless romantics will be happy to find that they can make their gondola ride dreams come true in their Venice-like waterways. The landmark also serves as an outlet mall with 200 shops, which includes Italian brands and restaurants, like Gucci, Fendi, and Prada. While you might not be a crazy fan of luxury goods, you’re bound to enjoy their pastel-themed establishments. 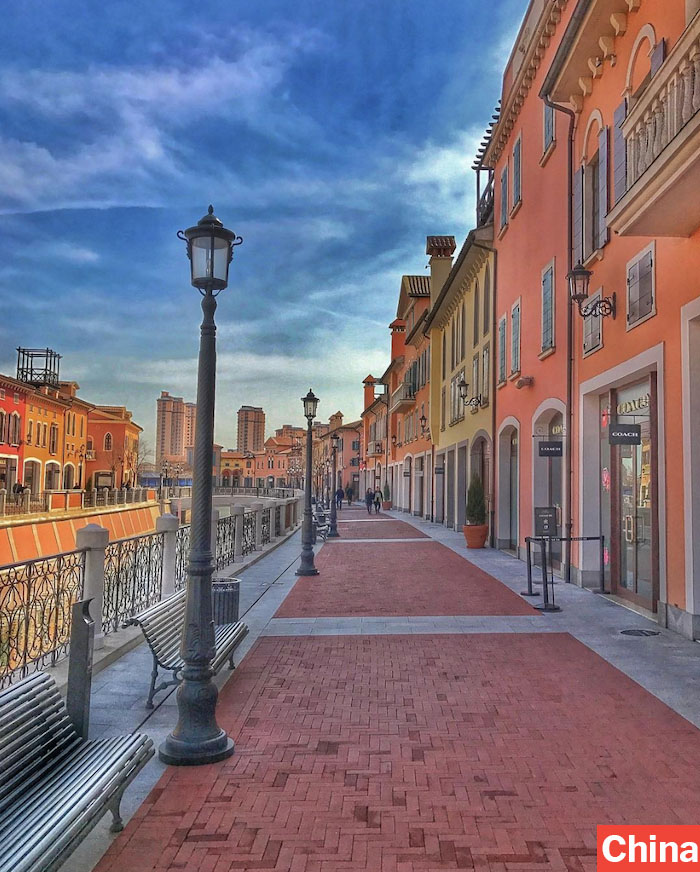 If you think that Chinese replicas only make things smaller, think again. China’s version of the Tower Bridge at Yuanhe Pond in Suzhou, Jiangsu is twice the size of the original. While London’s version has a rising bridge and two turrets, China’s has four turrets and a dual carriageway, which also serves as a large highway for vehicles. Talk about being competitive.

To prove that everything can be “made in China”, the country spent US$940 million to recreate the original Austrian alpine village of Hallstatt. 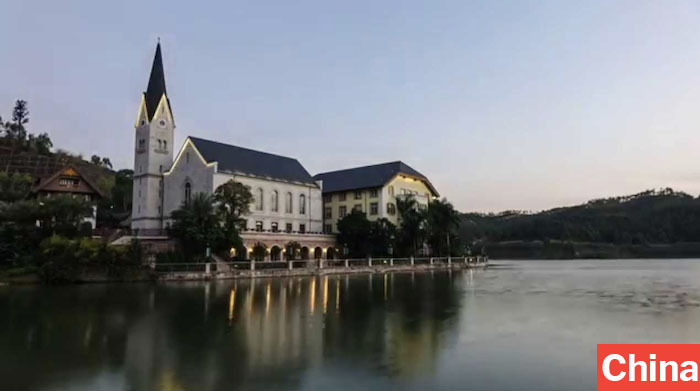 While China’s climate is far from Austria’s snowy alps landscape, the postcard-esque view is to die for! You might have heard of China’s recent beef with the Egyptian government when it created a replica of the Great Sphinx of Giza in Hebei province. In the end, the Egyptian government complained to UNESCO and the replica was torn down. But you know what they say…

If at first you don’t succeed, try, try again

The Chinese built two more replicas in Lanzhou and another one at a theme park in Chuzhou. The majestic ruins and dignified white marble at Greece’s Parthenon are now in China too. At Lanzhou, there’s a replica of Athena’s famous temple complete with cracked columns and ceilings. Both the Sphinx and Parthenon replicas are a part of China’s ‘Great Wall Dream World International Tourist Recreational Garden’ project.

China is definitely an all-in-one destinations for travellers who want to experience everything on a budget. It has the Eiffel Tower, Angkor Wat and even our very own Gardens By The Bay. While it won’t beat the original — these replicas are also a sight to behold.

Plus, the prices of food and hotels could be more affordable than the real deals, so we would include these places on our must-visit lists.

BRB, while we plan our next trip to China – aka The Middle Kingdom – for real.