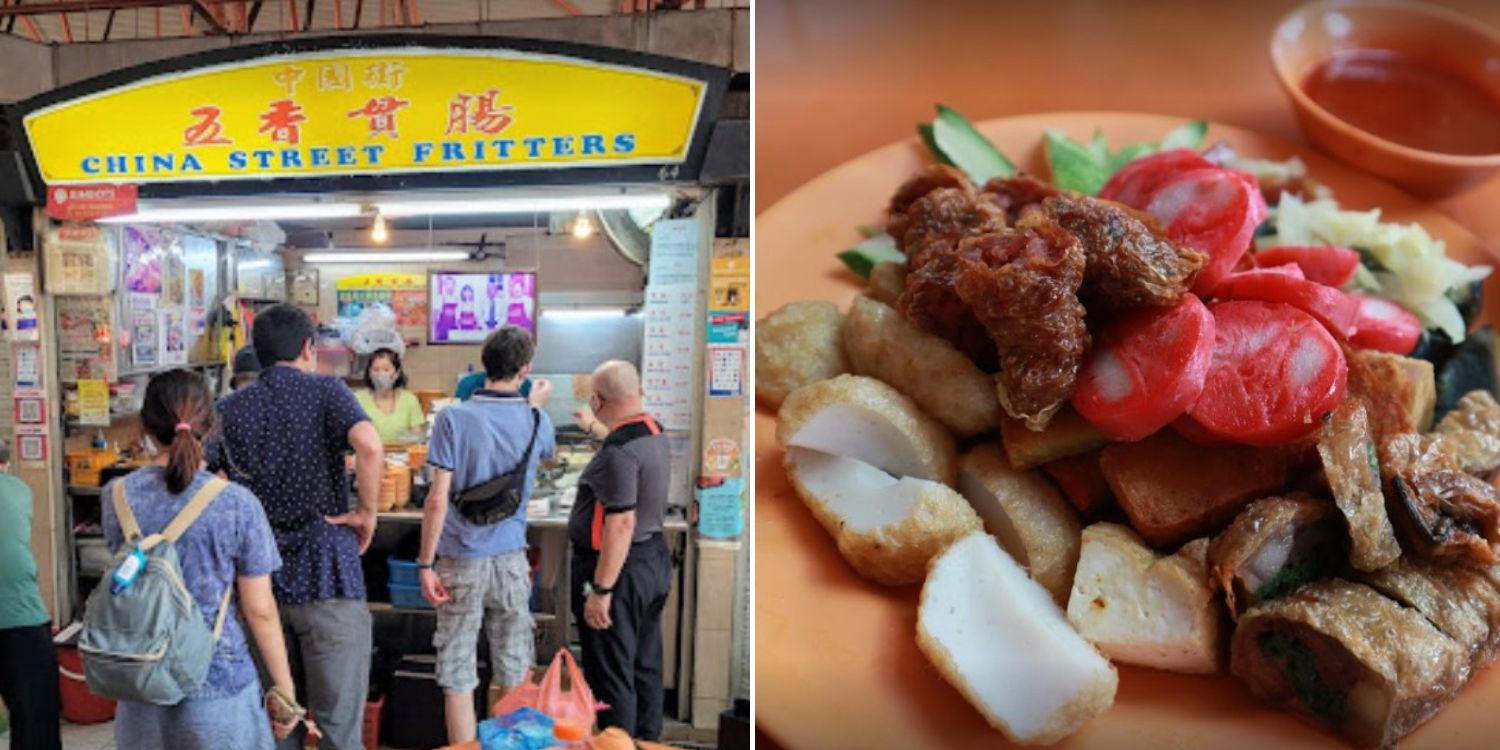 They're hoping to hand the reins over to someone with a passion for F&B.

That’s why many were relieved that their owners had decided to keep their stall open after initially planning to close in March.

However, they’re still looking for a buyer to take over and have decided to sell their secret recipe for S$500,000. 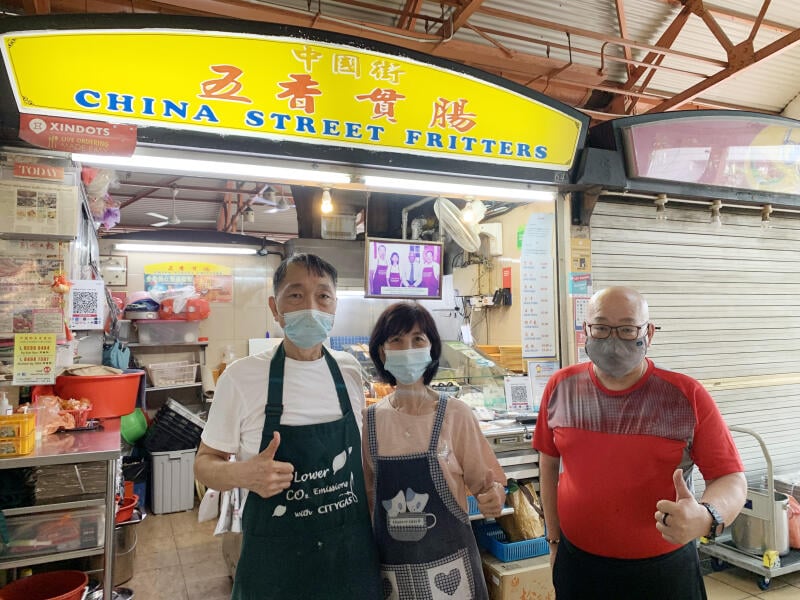 This is a reduction of 50% from their initial asking price of S$1 million.

Speaking to Lianhe Zaobao, second-generation owner Ng Kok Hua, 65, said he and his nine siblings are already above 60 years old.

While they have helped their father make ngoh hiang since they were young, some of them went on to pursue other careers.

Only Mr Ng, his wife, older sister, older brother and younger brother were left tending to the business.

His 79-year-old older sister has since retired, while Mr Ng and his wife both had to go for surgery for varicose veins and knee problems respectively.

Thus, they intended to sell off their secret recipe for the cool price of S$1 million and stick around for one year to teach the new owner how to run the stall. 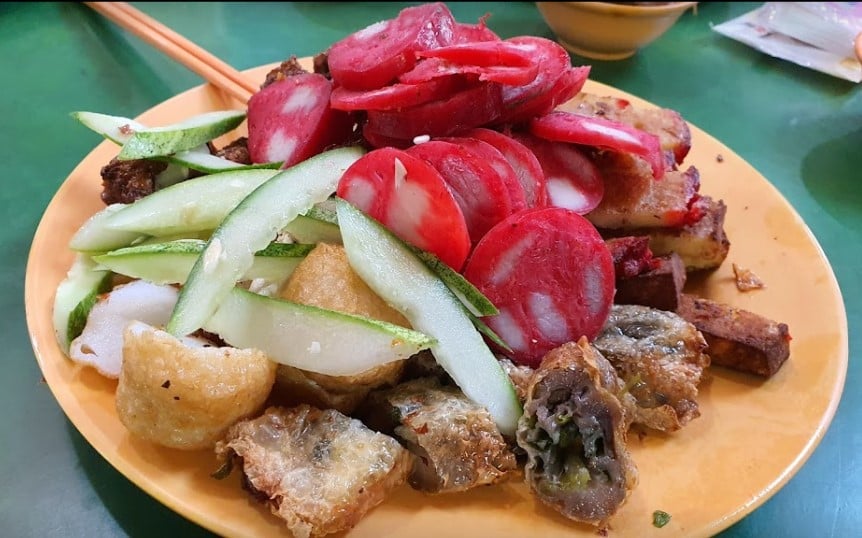 These plans went awry in 2020 when the pandemic broke out, Mr Ng said.

At the time, they’d lined up a potential buyer, an investor from the F&B industry.

However, Singapore’s F&B businesses were badly hit by Covid-19, with no sign of improvement.

Thus, the planned investment fell through.

Then, earlier this year, another investor showed interest in buying the recipe on a cooperative basis.

But he, too, pulled out as he was old and had undergone surgery, so he wouldn’t be able to stand for too long as required from a hawker.

Under these circumstances, Mr Ng is now prepared to reduce the going price of his secret recipe to S$500,000.

That’s a 50% reduction from his starting price of S$1 million. 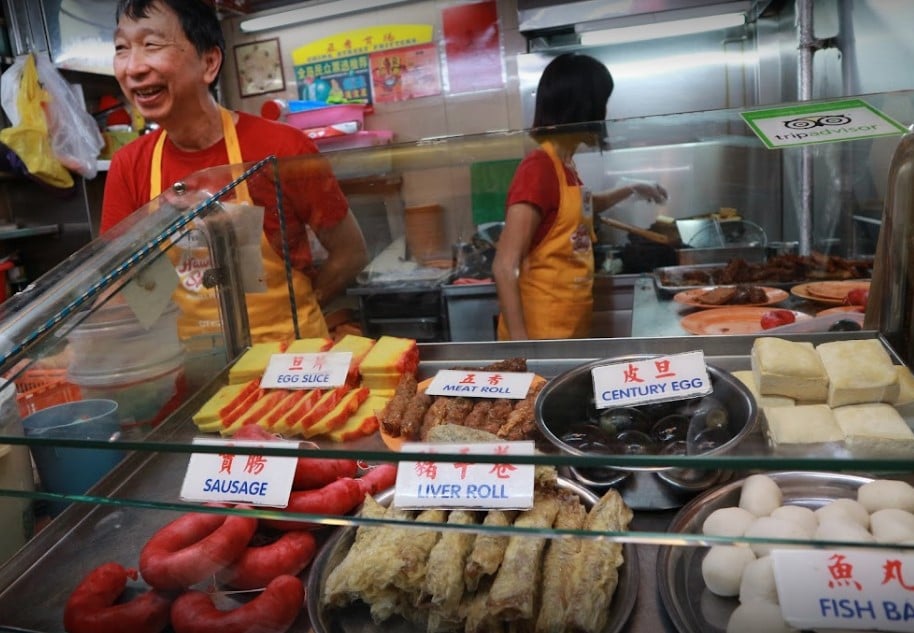 For those who still find that too much, the price is, in fact, still negotiable, he told Zaobao, adding,

Actually we just hope to be able to impart the recipe to somebody so that Singaporeans can continue to eat traditional food.

Mr Ng pointed out that China Street Fritters is one of just three stalls selling Hokkien ngoh hiang in Singapore, as far as he knows.

Thus, customers have said it’ll be a pity for the stall to close without a successor.

That’s why he would prefer to hand the reins over to someone with a passion for F&B.

In this way, the brand his family has worked hard to build up for 80 years won’t disappear. 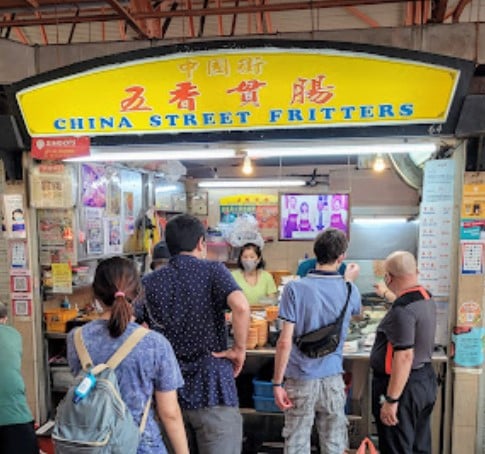 If he can’t find a successor, he and his siblings will continue to run the stall till their bodies can’t take it anymore.

He also lamented that many of our traditional delicacies are now gone forever as some hawkers are reluctant to pass on their recipes to outsiders.

Stall will go on until buyer is found

Mr Ng’s desire to keep the flame alive is probably why they made a U-turn on the decision to close the stall in March.

Instead, they professed to keep the stall going until they found a buyer while lowering the price to S$800,000 at the time.

However, from 1 Apr, they started operating with shorter hours — four days a week with no fixed schedule.

Hence, if customers want to confirm the stall’s opening hours before making a trip down, they should contact Mr Ng and his brother first at 9239 6464.

Here are more details to take note of before heading down.

The Ng family’s love for providing traditional food to Singaporeans is certainly admirable.

It’s too bad that their bodies are unable to keep up with their passion.

Hopefully, the Ngs will find a suitable person to carry on their legacy.