Must Share News – Independent News For Singaporeans
Home People Community Chow Chow Seeks A Home After S’porean Owner Passes Away; Could Be... 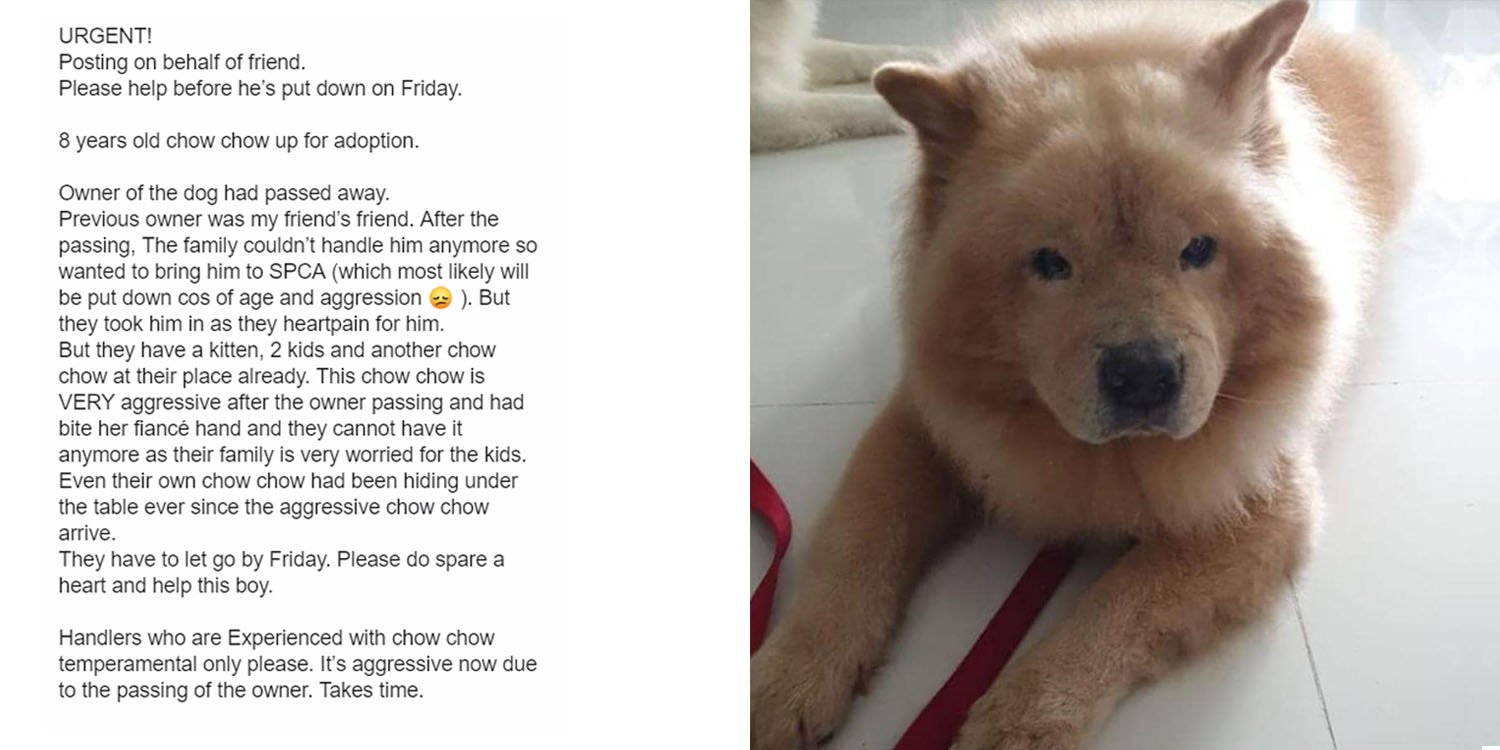 Update (24 Apr): There are a few potential adopters waiting to meet the chow chow. We’re happy that he may find a home soon and hope that everything will go smoothly.

Most of us are lucky to have roofs over our heads and family and friends to turn to if we need help.

But the same can’t be said for poor, helpless pets once an unfortunate circumstance leaves them homeless.

An 8-year-old chow chow is desperately seeking a new home after his owner passed away and his foster family couldn’t afford to care for him anymore.

If nobody is willing to adopt him, chances are he could be put down as early as Friday (26 Apr). 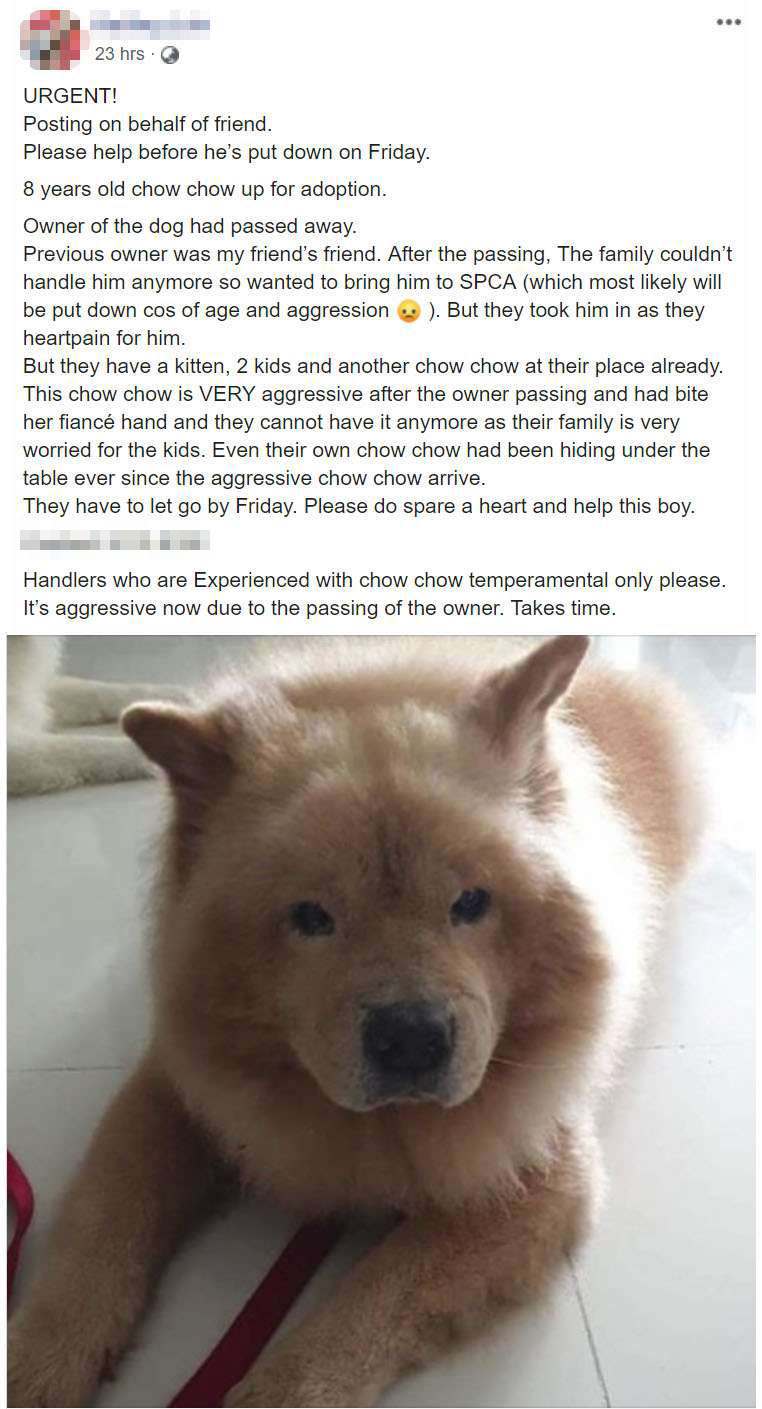 Family adopted him after owner passed away

After his owner passed away, the chow chow was lucky enough to find a family that was willing to take him in.

Initial struggles with the dog’s temperament almost pushed them to hand him over to SPCA, but they persisted and kept him because they couldn’t bear to let him go.

Unfortunately, with 2 young children, a kitten and another dog already under their care, keeping him is starting to take a toll on the family.

Part of the difficulty is because the chow chow had allegedly turned aggressive after his owner’s passing. 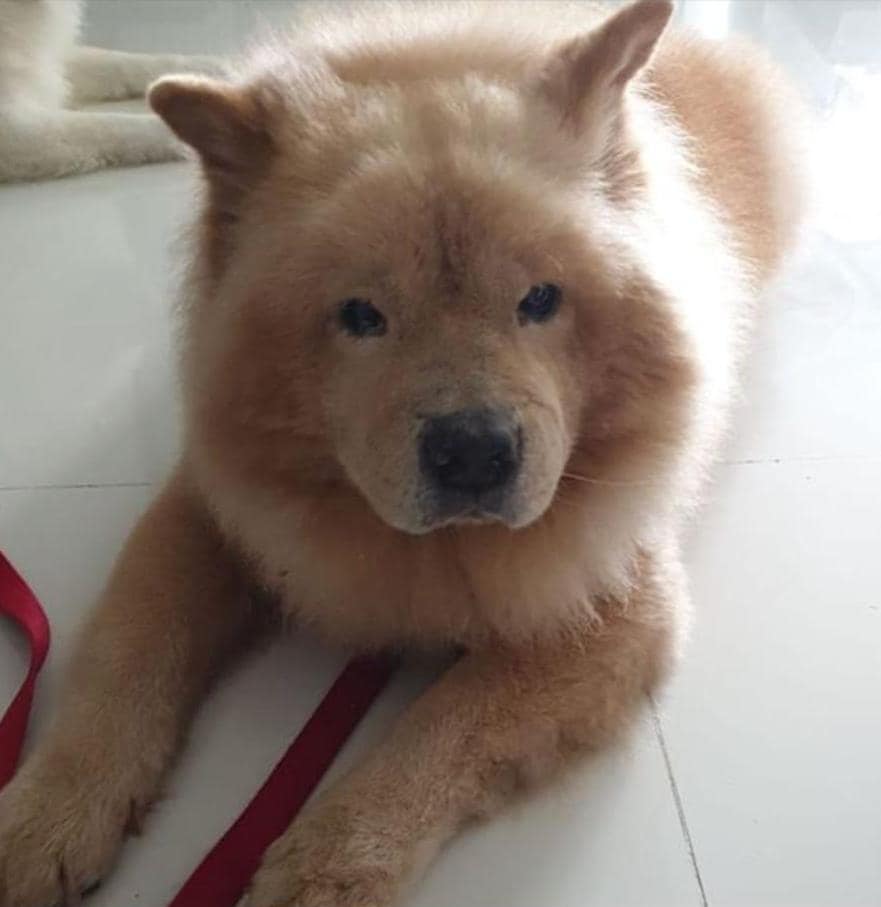 His behaviour was apparently so scary that he often sent the family’s dog, also a chow chow, cowering under the table.

The father in the family fell victim to the chow chow’s frustrations once, when the dog bit his hand. He is said to still be recovering in hospital.

After several of such encounters, they decided to keep the dog on a leash by the window for everybody’s safety.

The family understands that the dog’s aggression could simply be a consequence of losing his beloved owner.

Despite the challenges in taking care of him, they believe that he deserves a loving home, which they are sad to not be able to offer. 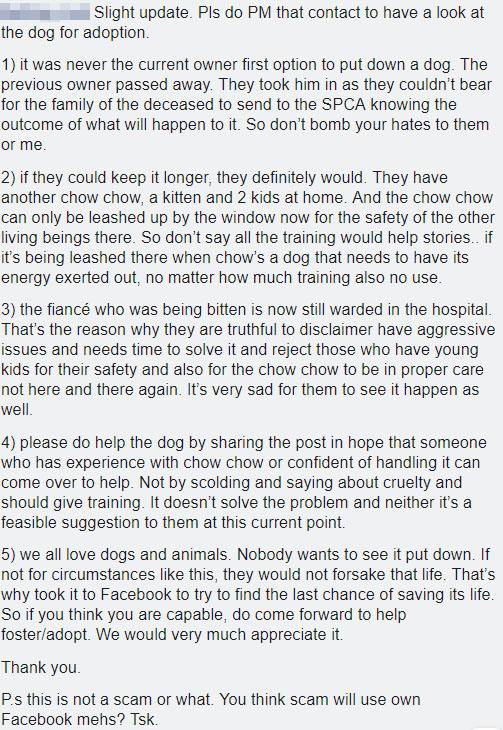 The family hopes to find someone with experience in handling temperamental dogs.

That way, they can at least take comfort in the fact that he’ll be under the best care possible.

Help him find a new home

Since this story was first reported on 24 Apr, several potential adopters have contacted the current owner, expressing their interest.

Let’s hope the chow chow finds a permanent home, one he can stay in for the rest of his life. Maybe then will he be happy and playful again, with a new owner who can love and care for him completely. 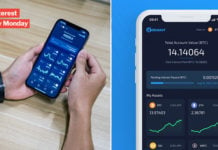